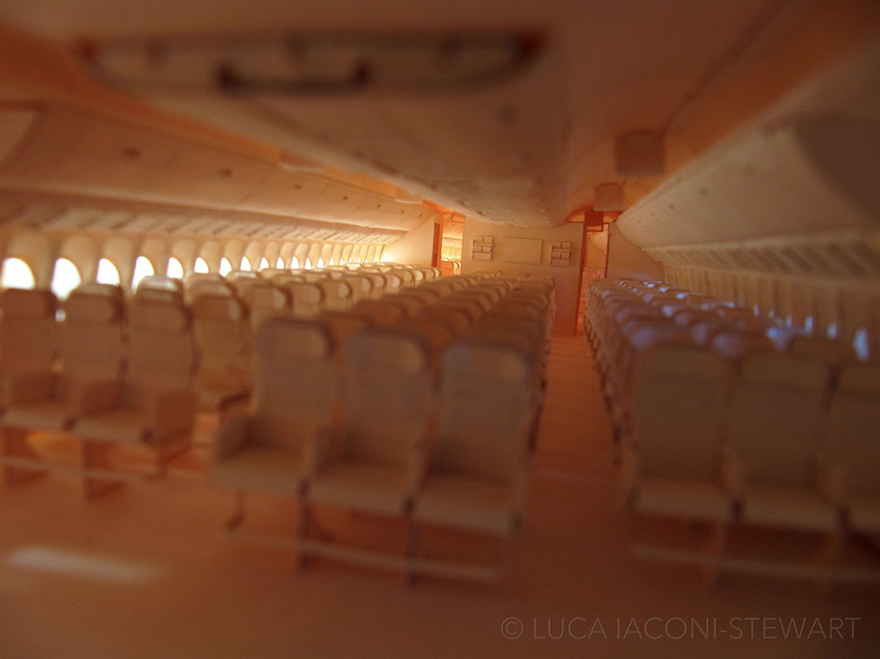 This shot might be of Coach, but this guy's modelmaking skillz are first-class

Get this man a job as a modelmaker.

Luca Iaconi-Stewart learned to make architectural models from paper in a high school class, and found he enjoyed it. Rather than pursuing a career in architecture, Iaconi-Stewart subsequently embarked on a crazy project to build a detailed scale model of a Boeing 777, entirely out of paper. 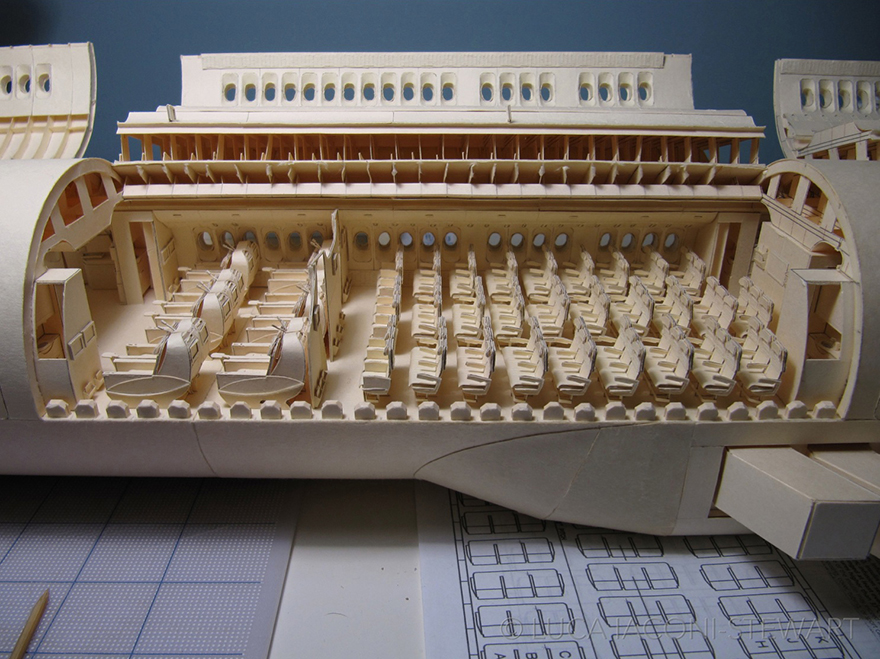 The man has spent five years on the yet-to-be-completed project, and even sacrificed college to continue on it. 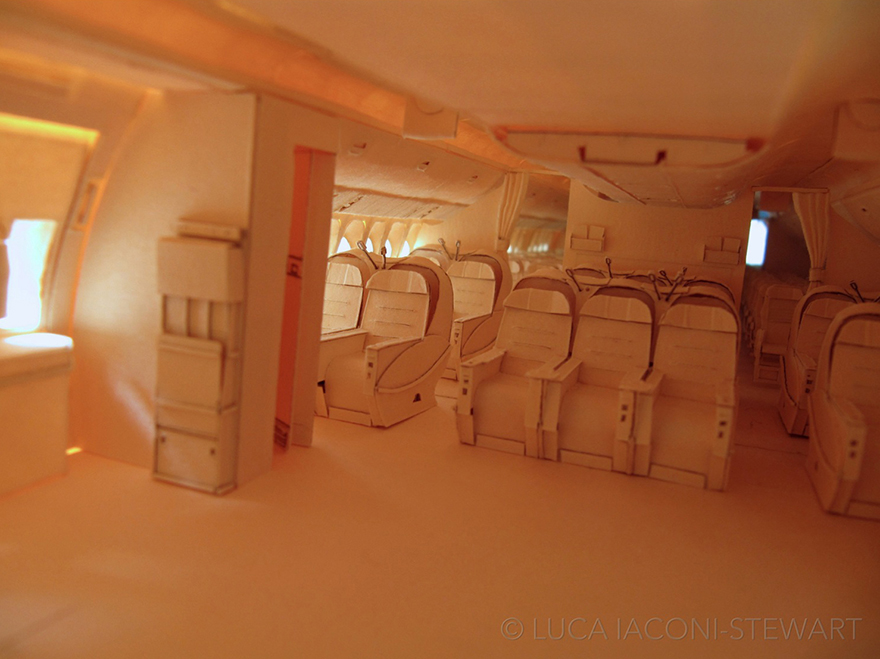 Iaconi-Stewart devoted an entire summer just to the seats (20 minutes for an economy seat, four to six hours for business class, and eight hours for first class). Tweezers helped. He designed the engines in about a month and assembled them in four. The tail he rebuilt three times. When his classes at Vassar took up too much time—he actually stopped work on the 777 for two years because of college—Iaconi-Stewart dropped out. "I'm fortunate to have parents willing to give me a fair amount of latitude," he says. They're going to have to give a little more: When this project is finished, probably early this year, he might start building an even bigger model. 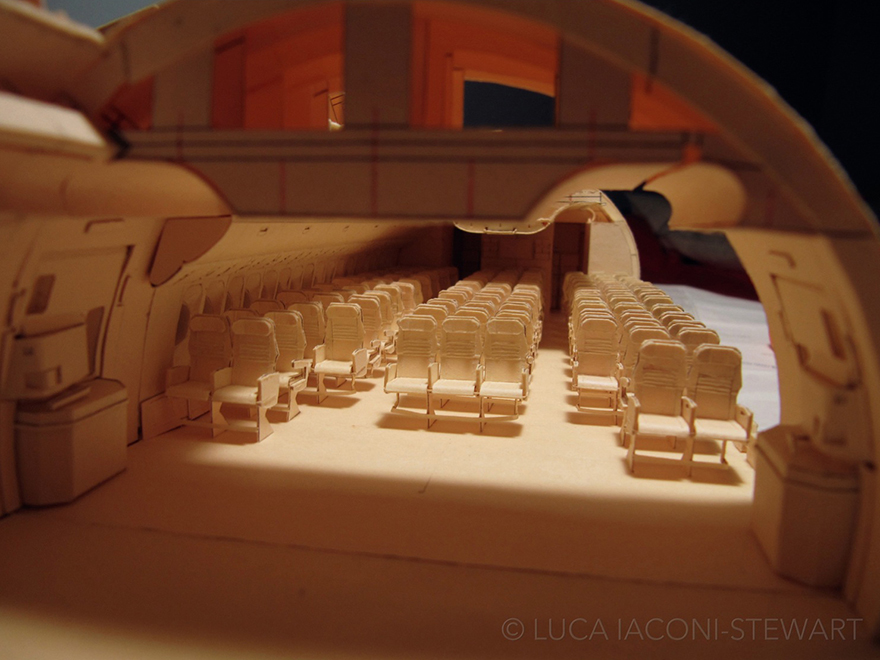 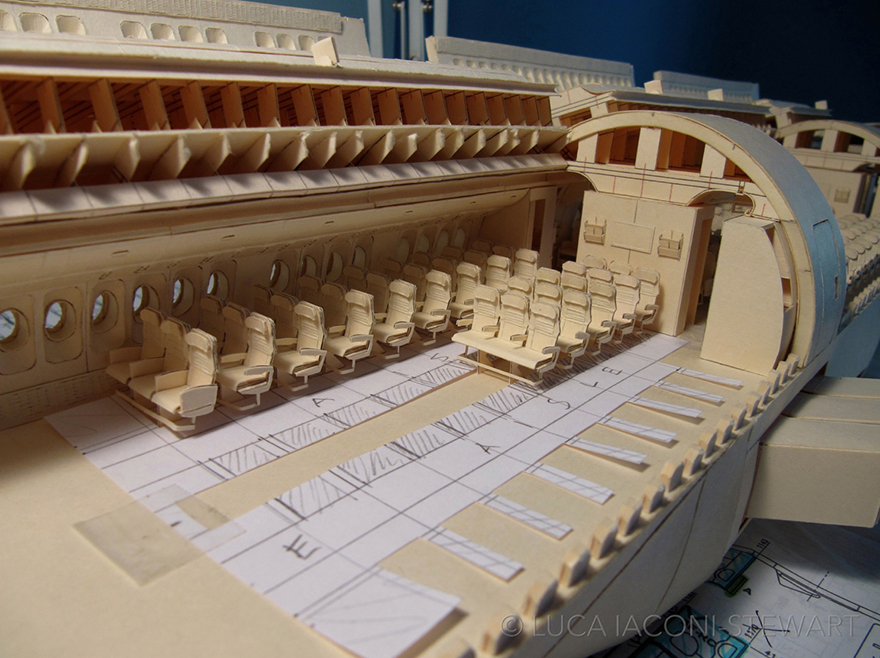 As seen on his Flickr page, the detail is nothing short of astonishing; the only thing that's missing are the surly passengers and officious flight attendants. 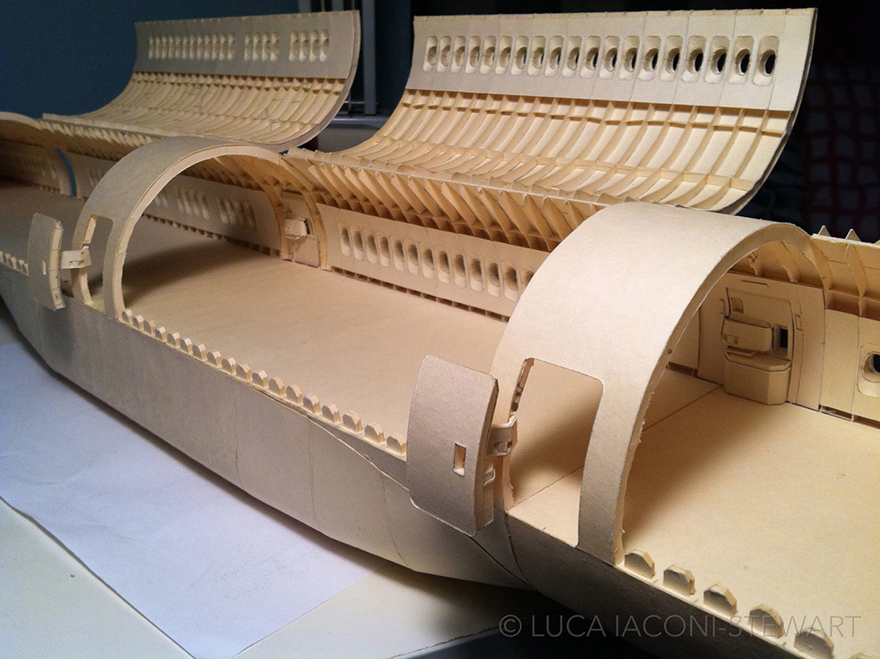 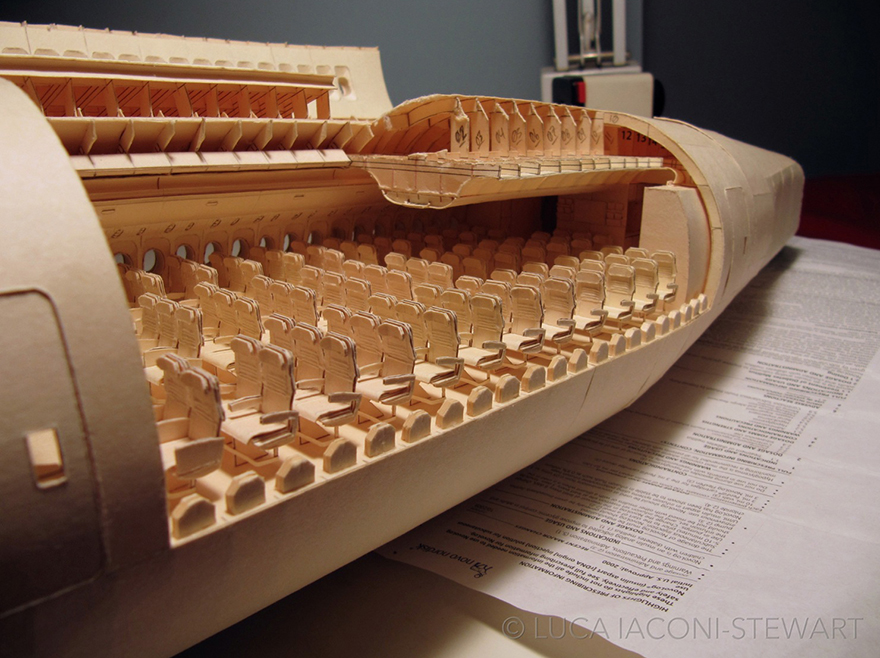 Mr. Iaconi-Stewart, if you want to get a job but don't want to go back to school, you don't have to. Finish the plane and bring it to any design firm with a modelmaking shop. Assuming you can hit shorter deadlines, watch how quickly they fire their existing guy to get you in there.