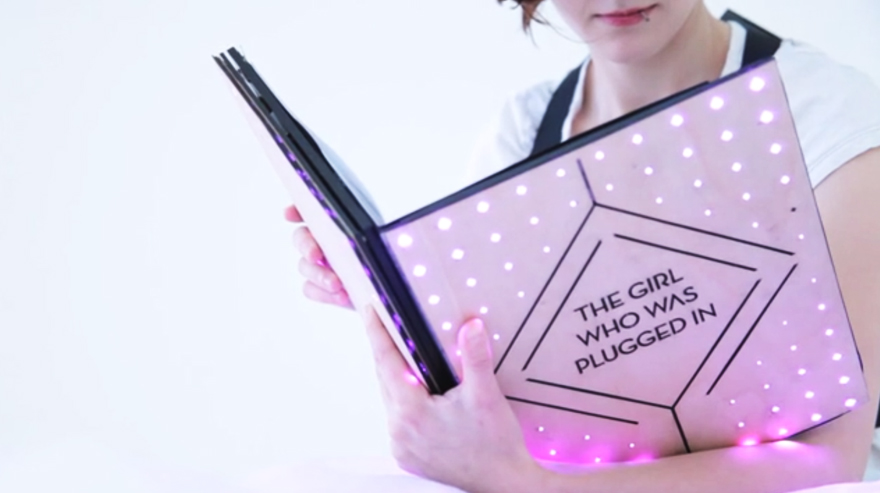 I have not had the pleasure of watching a movie in 4DX, but the thought of confining myself to a convulsing seat for three hours of scents, liquids and sounds in a pair of uncomfortable glasses doesn't quite sound like my idea of a good time. Thankfully, the whiz kids at MIT Media Lab have come up with a more refined '4D' pastime, at least for those of you who are bibliophiles. Developed for a class called "Science Fiction to Science Fabrication," "Sensory Fiction" is a digitally-augmented book that puts the reader in the protagonist's shoes through a wearable device, adding a touch of excitement to otherwise inert print media. 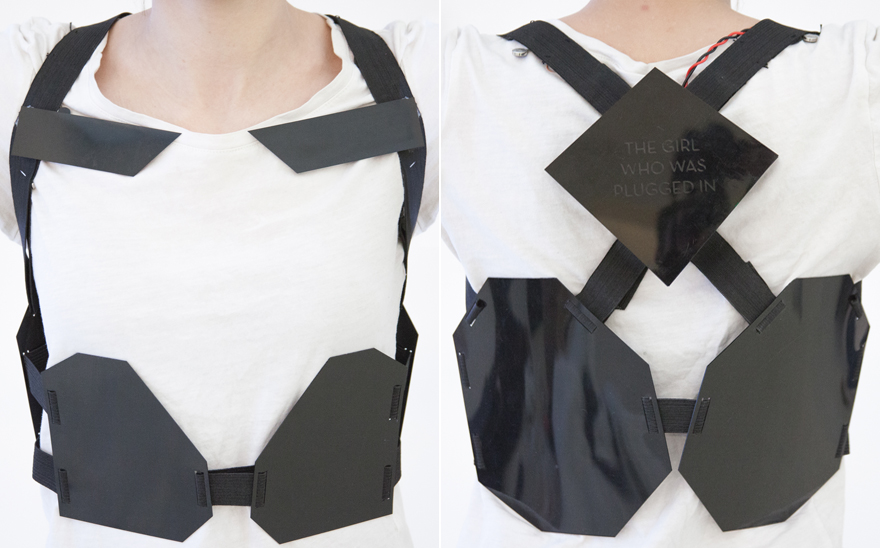 "Sensory Fiction's" cover consists of small LEDs that light up in different patterns of ambient illumination representing to the "book's mood." Meanwhile, the wearable device offers vibrations, pressures and temperatures, tracking the plot as it turns, page by page. According to the description, "Changes in the protagonist's emotional or physical state triggers discrete feedback in the wearable, whether by changing the heartbeat rate, creating constriction through air pressure bags, or causing localized temperature fluctuations."

As a concept developed for a class project, there is currently only one prototype story available with this technology, "The Girl Who Was Plugged In" by James Tiptree. "[The story] showcases an incredible range of settings and emotions," write the Media Labbers. "The main protagonist experiences both deep love and ultimate despair, the freedom of Barcelona sunshine and the captivity of a dark damp cellar." 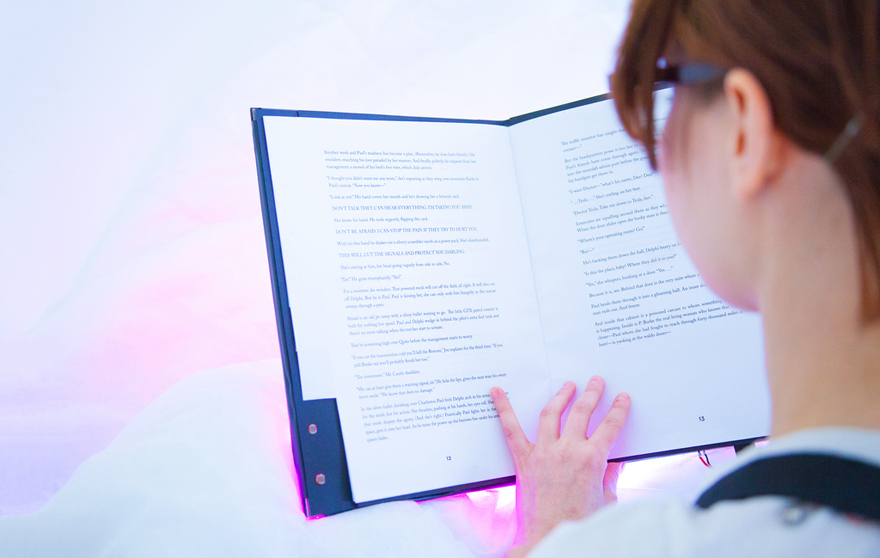 If it seems like a lot to convey through a few vibrations and flashing lights, the device boasts several different sensible mechanisms. Let's get down to the specifics:

While there's no doubt that this is a cool innovation in the way that we interpret literature, some may still reach for their love-worn paperbacks. Half of the fun in reading a book is discussing it with others who have entirely different feelings on the same plot. Wouldn't experiencing the same senses as another reader take away from some of this self-discovery? Or maybe it would help those sense-inclined readers stick to the story even better. That being said, there are quite a few books I would welcome in this capacity. Others, not so much. "Heart of Darkness," "War of the Worlds" or "Atonement," anyone? No thanks.

What do you think—what's the perfect book to pair with this technology?