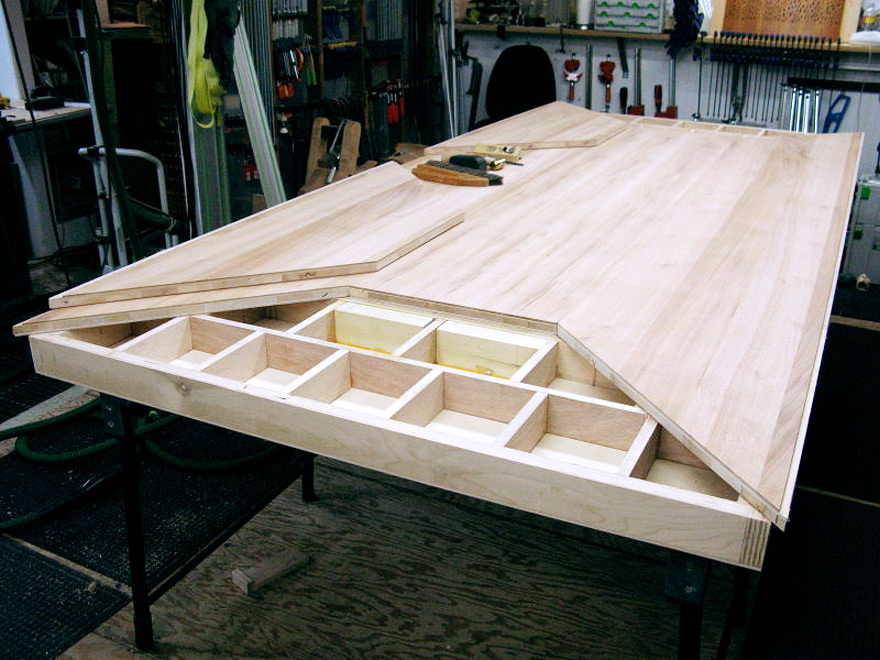 Everyone from furniture builders to door manufacturers to IKEA understands the value of a torsion box. A torsion box is a completely flat, very sturdy and relatively lightweight surface, and anyone designing anything structural and rectilinear should understand its principles.

The concept is simple, even if construction can be tedious: Two flat, horizontal surfaces are sandwiched over a grid of crossmembers, and once the sandwich is glued shut, a rigidity much greater than that possessed by the individual parts is achieved. 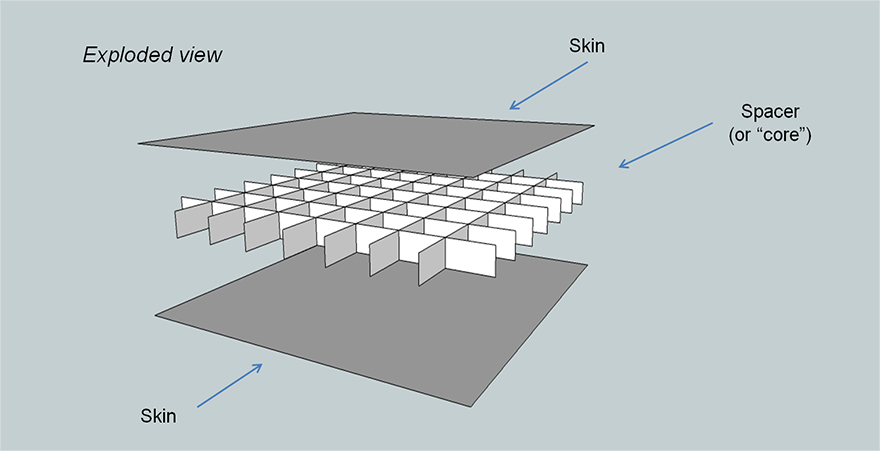 For furniture builders who require completely flat assembly surfaces, a torsion box is often one of the first things they'll build to kit out their shop; hence there are tons of craftspeople who've posted online tutorials on how to build one. Marc Spagnuolo, a.k.a. "The Wood Whisperer," put together a pretty comprehensive 20-minute-plus video on how he built his. Spagnuolo shows you how to get past the dilemma of building your first torsion box, which is: how do you construct a perfectly flat surface, before you've got a perfectly flat surface to assemble it on?

American Woodworker's Alan Schaffter also built a torsion box, below. Even cooler, to give it more versatility as an assembly table, he's designed his with height-adjustable legs.

German designer Ruben Beckers caused a stir this year at Cologne with his Kleinergleich5 ("less than or equal to 5") lightweight table design. His 4.5 kg (9.9 lb) table is essentially a torsion box without the bottom, so it sacrifices a bit of structure for its light weight. 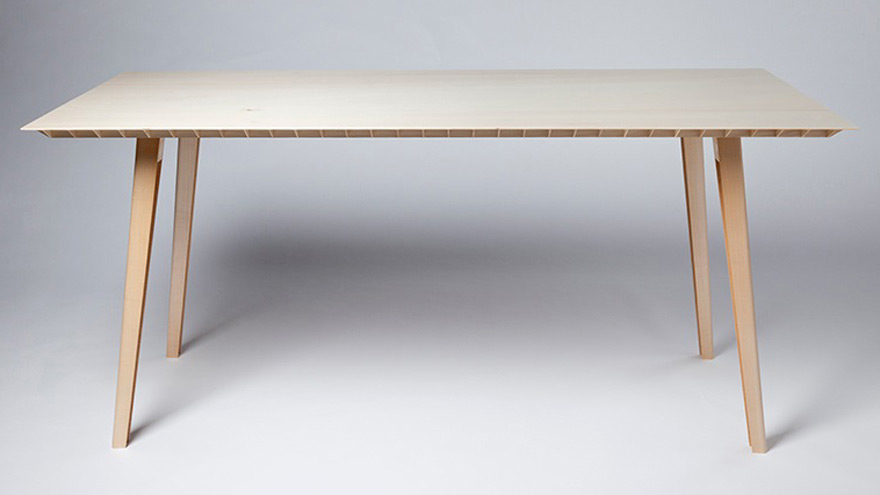 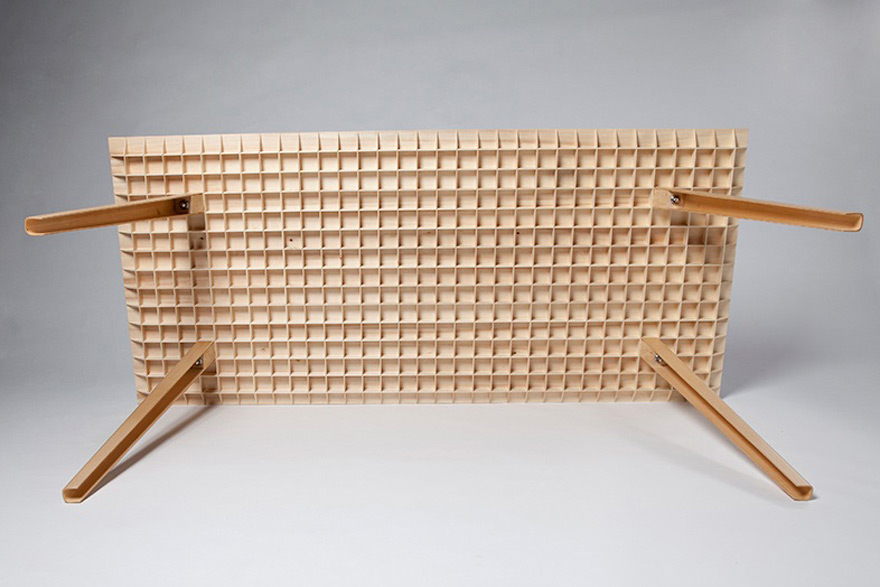 If you don't feel like building your own, Build Your CNC sells gi-normous torsion boxes (with CNC-milled elements, naturally) as well as expansion models.

Of course, the nice thing about a torsion box is that no one's going to see the insides, so you can use humble, ugly CDX for the guts, as woodworker Sam Rogers has here. You'll also note that Rogers has bucked the trend of constructing torsion boxes in a perfect grid. While Rogers doesn't explicitly mention it, one presumed benefit of using offset bracing is that you can hit the ends of each "rib" with a brad nailer without it being blocked by the previous row. 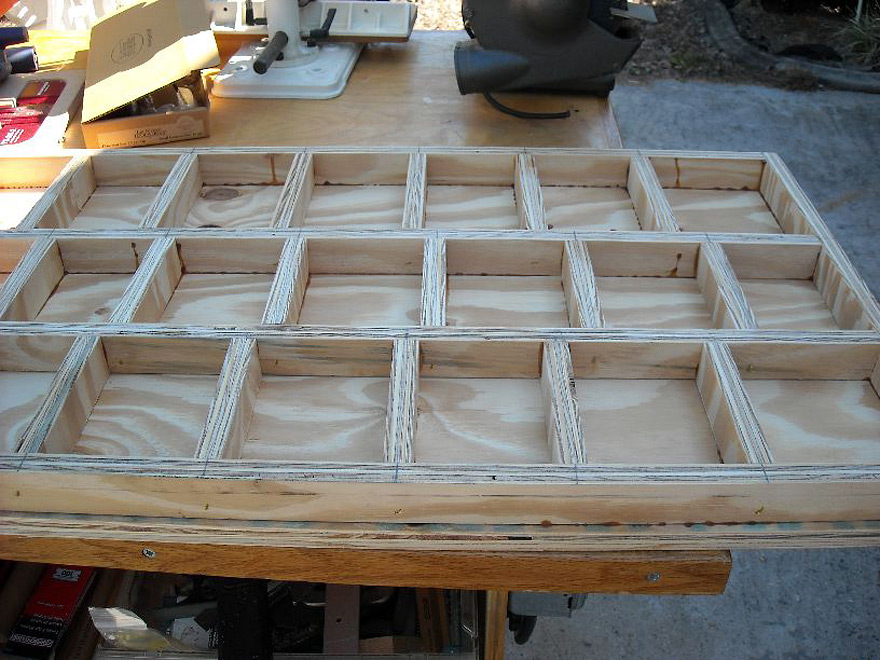 Rogers isn't alone in realizing that a grid needn't be comprised of perfectly even squares in order to make a torsion box work. In fact Ikea has been constructing their famous Lack model—using cardboard as the supporting structure—in an irregular honeycomb pattern since the 1980s.

IKEA hackers worldwide have observed the internal structure firsthand, anytime they cut into a Lack, as The Cavender Boys have done here. 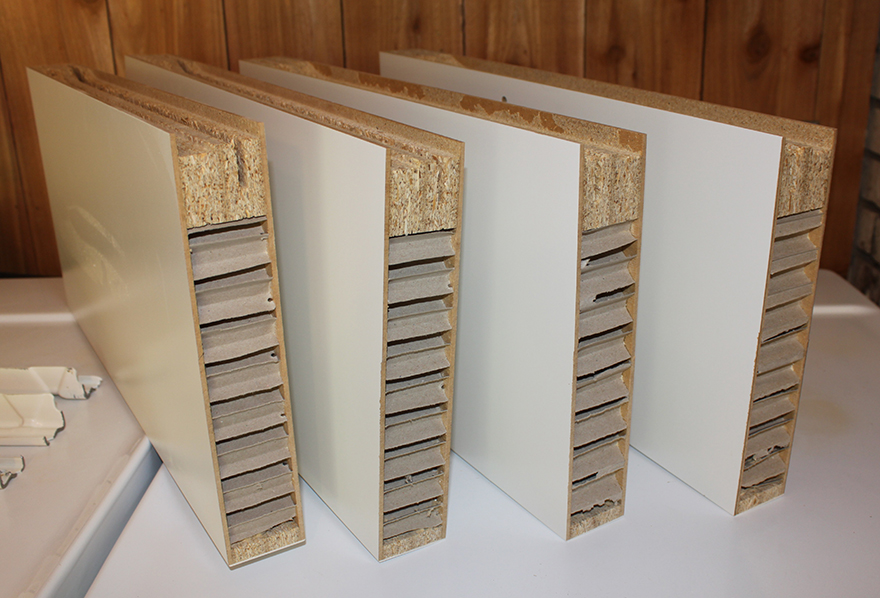 And speaking of tables, the photo up top, as you've probably guessed by the mitered surfaces, was not built as a mere assembly table. L.A.-based craftsman Roger Savatteri used the principles to build this beautiful 11' x 5' dining table.