Playground Design of Yesteryear and Its Much Prettier Modern Counterparts 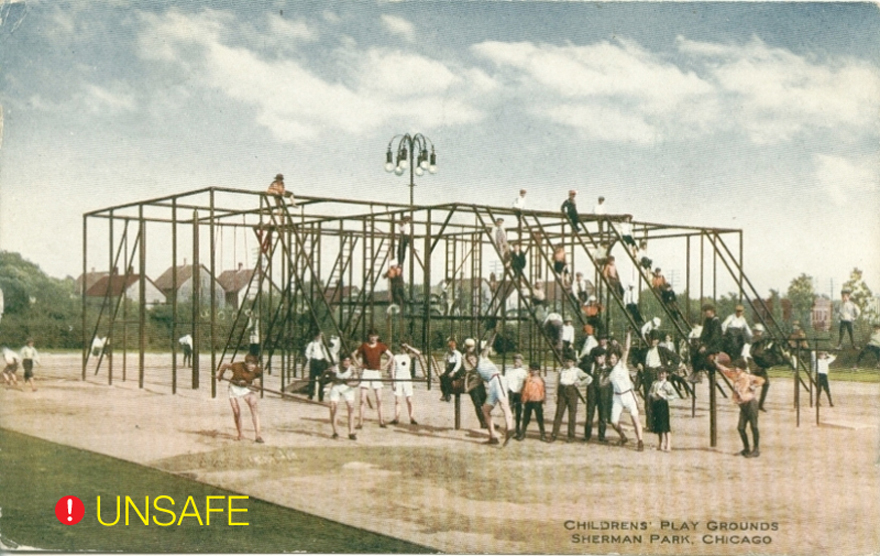 Playgrounds are meant for fun, not broken bones and tetanus shots. Looking through the archives, images of, say, poorly fused metal monkey bars might seem more suited to heavy industry than family-friendly recreation stations. Recently, I came across a park that makes me wish it were socially acceptable to barrel down communal slides past the age of 11. A design featuring massive owls and wooden bugs at the Kristine Slott Park in Stockholm from Danish design firm Monstrum (pictured below) set me off on a search for the coolest playground equipment. From giant literature-themed jungle gyms to climbable monsters made of reclaimed material, here are four playgrounds you've got to see whether or not you have kids in tow. 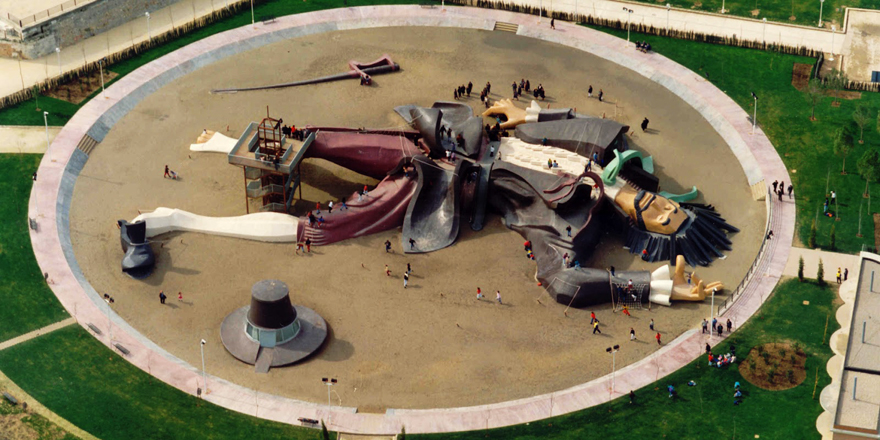 This park (a collaboration between architect Rafael Rivera, artist Manolo Martin and the designer Sento) is inspired by—you guessed it—Jonathan Swift's fantasy classic Gulliver's Travels and features a giant Gulliver-gone-jungle-gym. The bird's-eye view is also something to note, thanks to Google Earth. 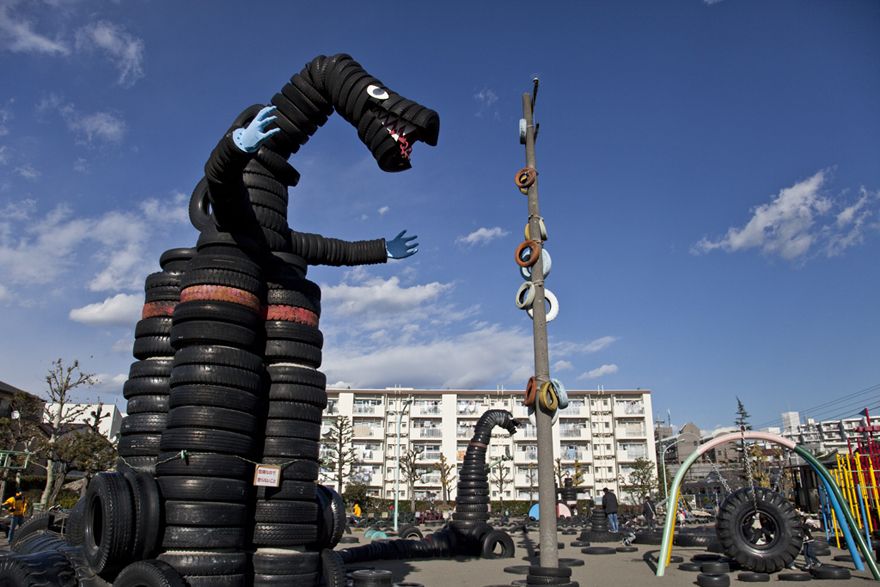 Nishi Rokugo Park—which literally translates to "Tire Park" and features over 3,000 of them—is made up of sculptures (including a tire Godzilla), tunnels, tire swings and even a tubing area where kids can hit the concrete slopes. It can't be the most hygienic park, but there are worse things than road-worn rubber.

Stepping inside Roly Poly Park (another masterpiece from Monstrum) is supposed to make you feel tiny—it's designed to look like a forest floor. Don't let the namesake turn you away. Aside from looking like an illustration straight from a children's book, the park features 14 different facts plastered on various structures about the Roly Poly bug. Cheers to playful education.

Following Gulliver's lead, Tom Otterness' Silver Towers Playground in New York City is a bronze, slightly steampunk man just asking to be climbed on. With legs that double as slides and a hollow head perfect for hiding from parents, it's a splendid (and well-designed) inner city escape.

Playground Design of Yesteryear and Its Much Prettier Modern Counterparts