In One London Neighborhood, 'Armadillos' Boost Cycling Uptake by 40 to 50% 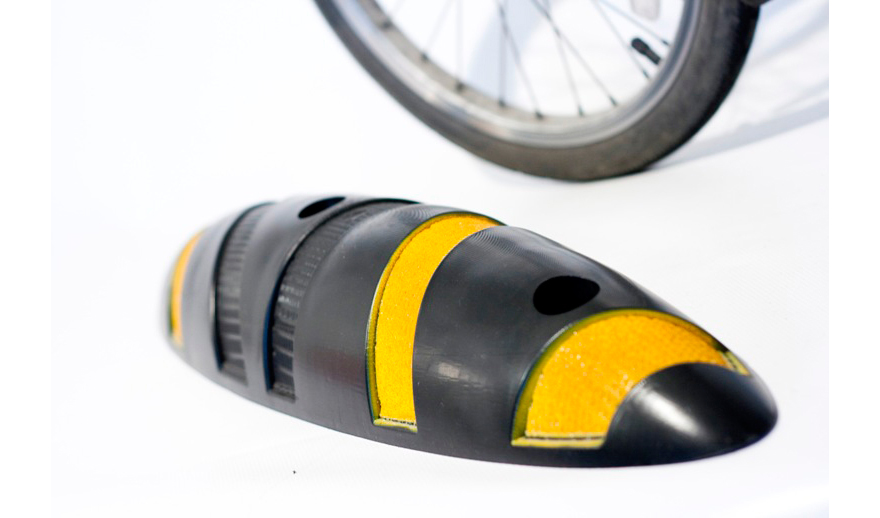 Here in NYC, it's against the law to block bike lanes with your car. Then again it's also against the law to murder people, and we haven't quite got a hold on that one either. Ironically, the place I most often see the bike lane law skirted is down by the NYC Supreme Court Building, which has "The True Adminstration of Justice is the Firmest Pillar of Good Government" inscribed in its cornice; the opposite side of the street is a dangerous obstacle course of double-parked vehicles completely blocking the bike lane.

One solution for preventing cars from entering bike lanes is the Armadillo, a design put forth by bicycle infrastructure company Cyclehoop. Made from 100% recycled PVC and covered in reflective stripes, these cat-sized lumps are spaced such that cyclists can enter or exit lanes mid-stream as needed, and are large enough to serve as a deterrent to driving a car over (though emergency services vehicles can of course traverse them in a pinch).

The Armadillos were rolled out last year as a trial in London's Camden borough, and the response has been positive: "Royal College Street has seen a 40% to 50% increase in cycle traffic since it segregated its cycle route with Armadillos," reports Camden Borough Council's Cabinet Member for Transport Phil Jones. "Also, the traffic has slowed down on that street as well, the cars. Now the road is more narrow the traffic is slowing. So on those two key measures it's gone well."

Following its success, Camden Council has decided to expand Armadillo coverage. Armadillos have also reportedly been deployed in the U.S. and Spain, though I sure haven't seen anything like these around the city. 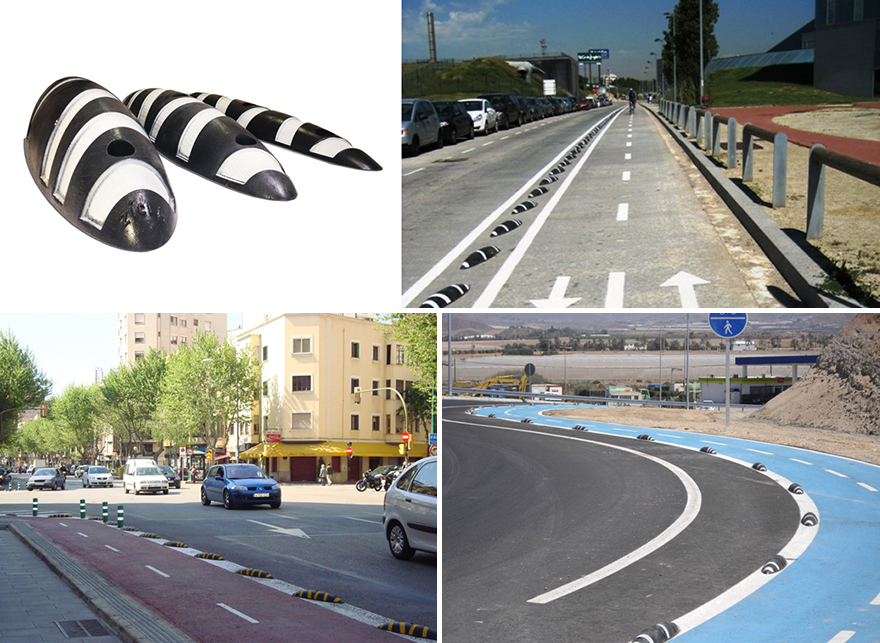 Editor's note: It looks like they could use a few of 'em in Farringdon too, at least based on the harrowing footage in this video that hit the web last week:

In One London Neighborhood, 'Armadillos' Boost Cycling Uptake by 40 to 50%