Richard Clarkson's Awesome 'Blossom' Is Blowing Up: The Story Behind the 'World's First Inflatable 3D Print' 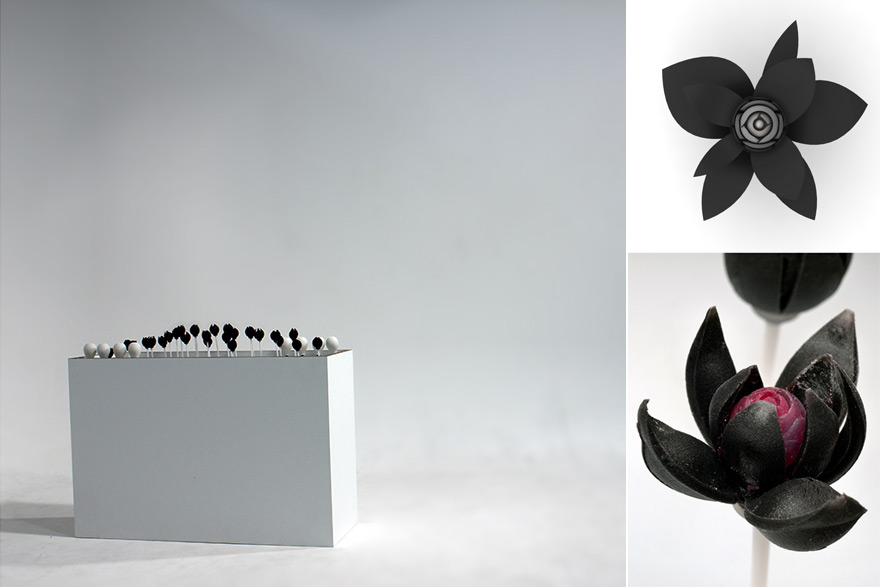 We've been fans of Richard Clarkson's work since he was a dewy-eyed student at Victoria University of Wellington's School of Design—which admittedly was not all that long ago—where he developed projects from the steampunk smartphone to a heady algorithmic chair. Now in his final term at SVA in New York City, Clarkson is a world away from his native New Zealand, yet he is more committed to his craft than ever as he looks forward to completing his MFA amongst the very first graduating class of the Products of Design program. 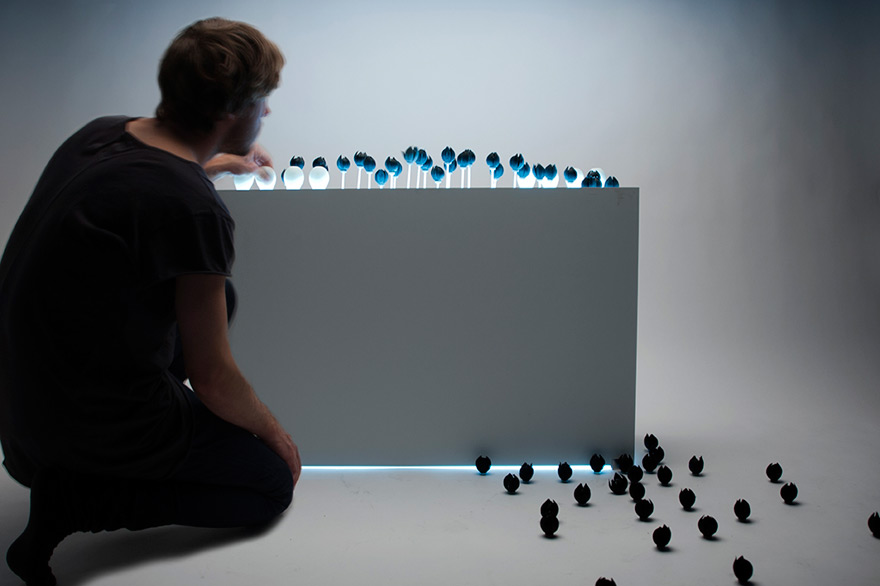 May 2014 will also mark the two-year anniversary of a project from his Victoria days, which was only recently cleared for publication (more on that below). Working with supervisor Tim Miller, Clarkson took the class on "Creative Digital Manufacturing" as an opportunity to experiment with revolutionary new 3D printing technology—and even though he completed the project over a year and a half ago, he notes that "Blossom" may well be "the world's first inflatable 3D print." 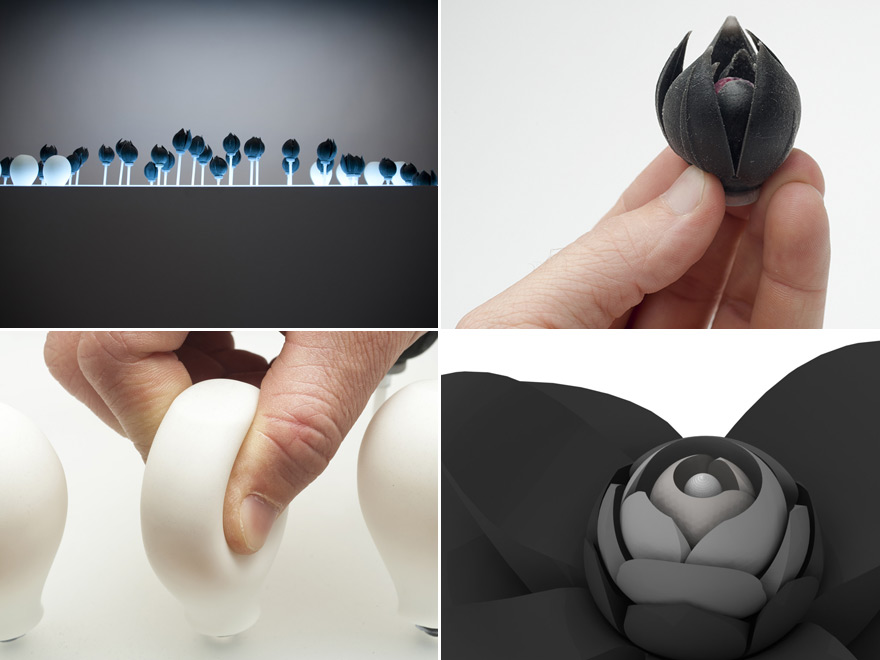 The heart of the design is a mixed material—thanks to a breakthrough in "simultaneous deposition of different build materials in a single print"—that can be rigid and flexible in different regions across its form. "[As in] nature, materials can be distributed seamlessly within objects for structural and functional advantage... The variation offers an opportunity to generate complex forms and dynamic structures that are impossible to make by any other means."

While the video above nicely illustrates the final results, Clarkson shared more about the process—including why he's just gotten around to publishing—and more details about just how he achieved his breakthrough."Blossom" dates back to May 2012, but it's only just been released from research 'lock-up.' In this case it wasent too bad, no NDA's or anything, but because it was done as a collaboration with Objet—it was printed on their Connex line of 3D printers—they had a right-of-first-refusal type of arrangement, which lasted longer than we expected. On top of that, the University wanted to make sure the timing was right for its release, and they have spent time creating the video and further image generation.

The digital materials really are amazing, it's a tremendous technological leap to be able to mix different proportions of two different materials at the point of print. But the real breakthrough is having the ability to mix them in an almost seamless gradation from one to the other. Blossom specifically focused on two materials in particular: Tango Black (a rubbery, flexible material) and Fullcure 720 (an almost crystal-clear, solid material). 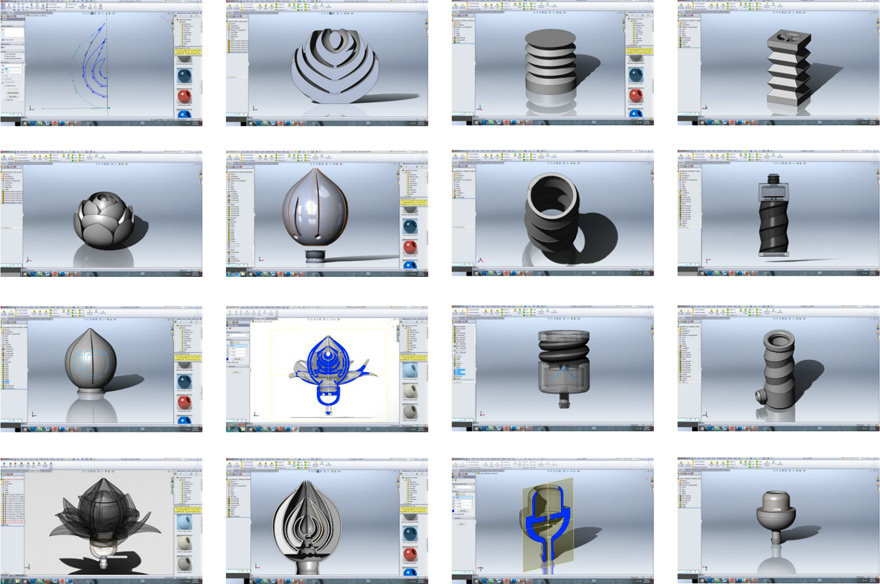 Each bloom was created in Solidworks to be unique both in terms of its actual design (number of petals per layer/arrangement and size of support) and its compositional material make up. 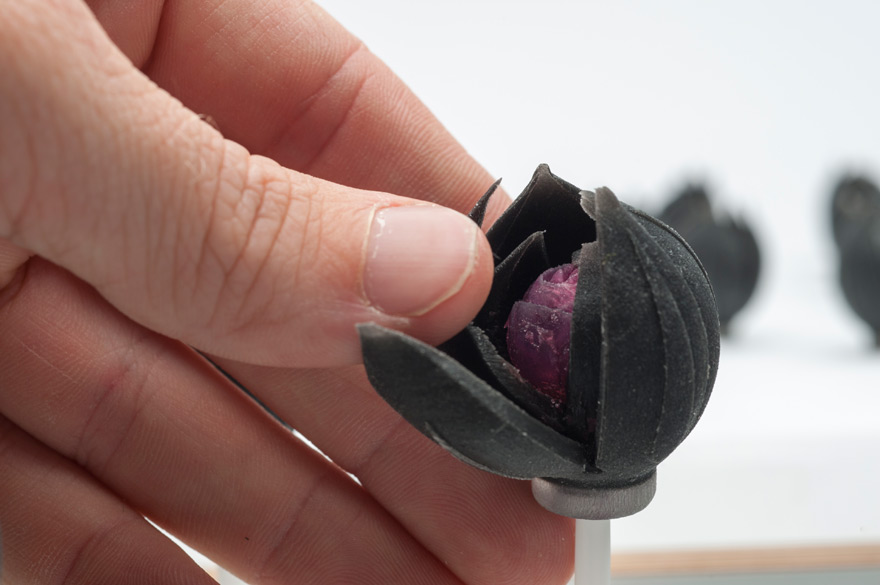 While the sections with a higher percentage of Fullcure 720 provide structure and substructure, it is the curved chambers of the more flexible material that inflate and create the blooming effect. As air is gently pumped into the chamber it causes the inside of the petal to push against the outside of the petal front of it. As each petal pushes on the one in front of it, the bloom collectively blossoms.

The project debuted during the 2012 DeSFoRM conference held at Victoria University of Wellington, where keynote speaker Philip Beesley expressed interest in the project. Since then, it's also been shown at the ACADIA conference in Canada. 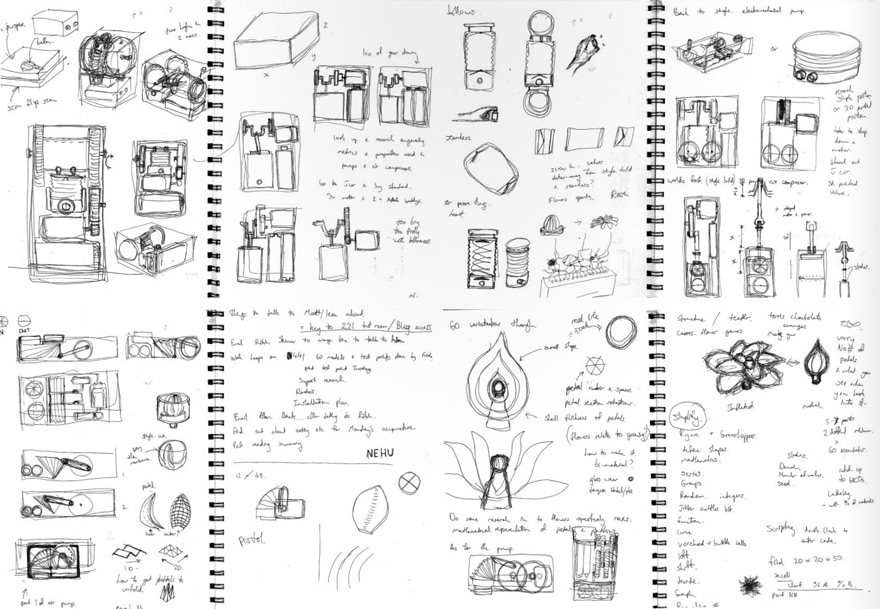 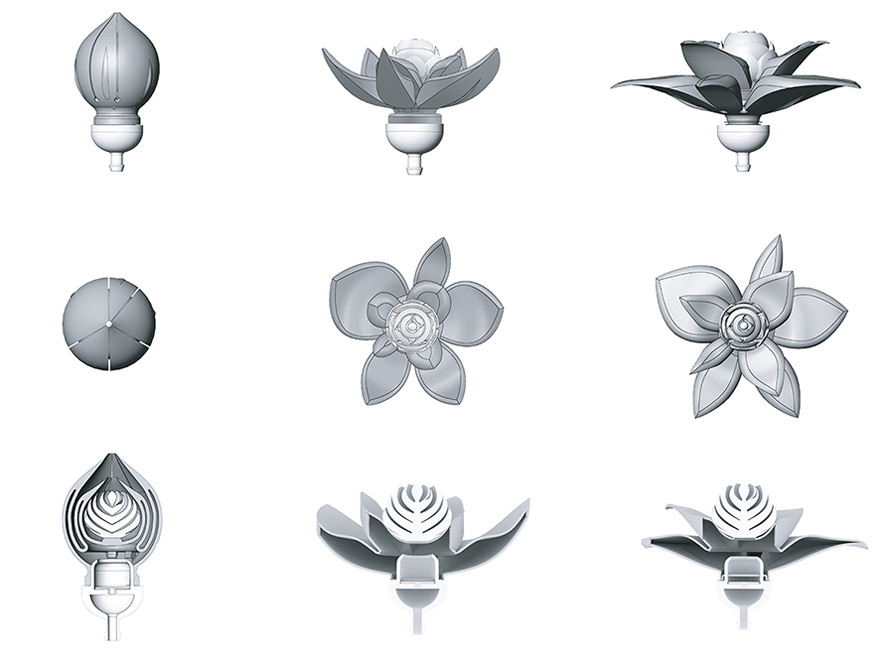 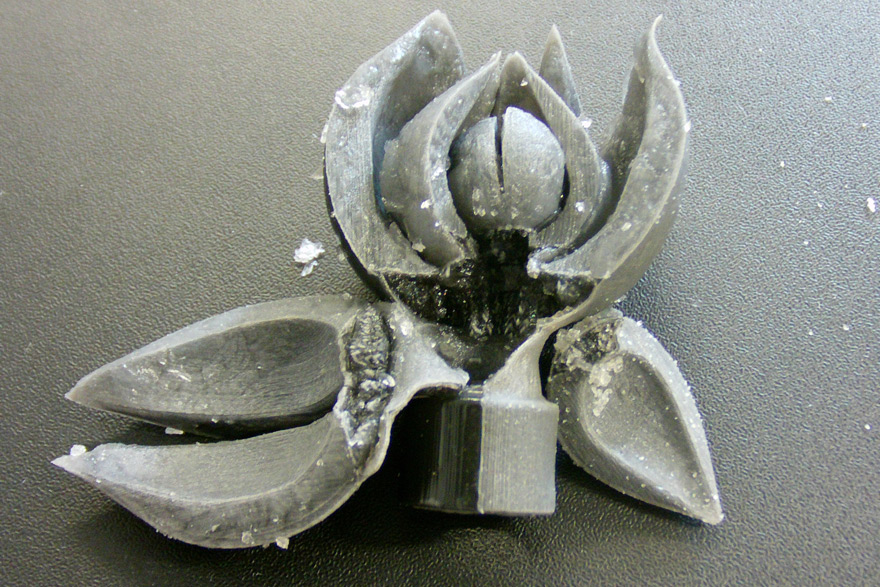 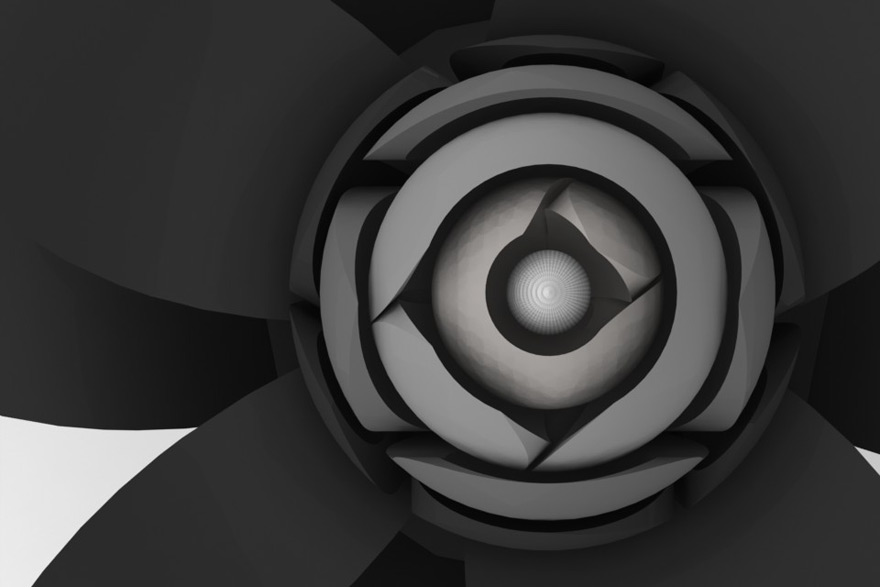 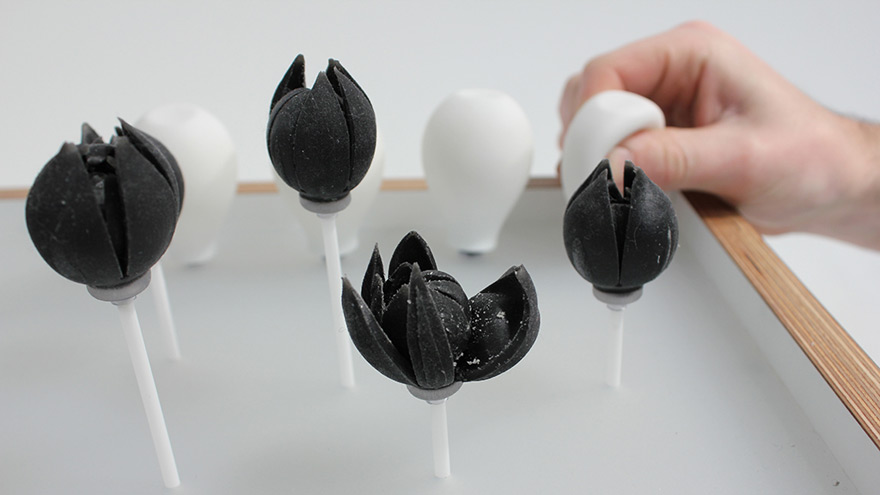 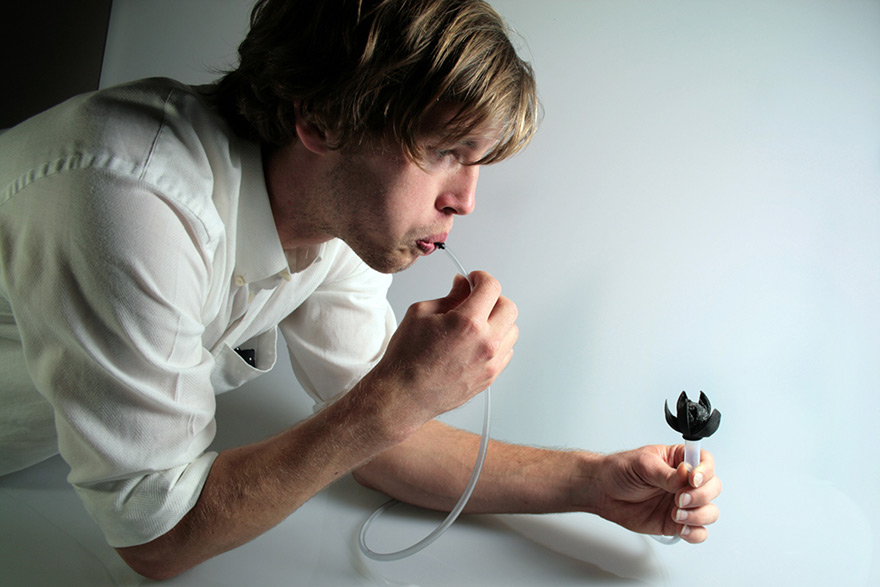 Check out Clarkson's portfolio site and the dedicated project website for more information about "Blossom." 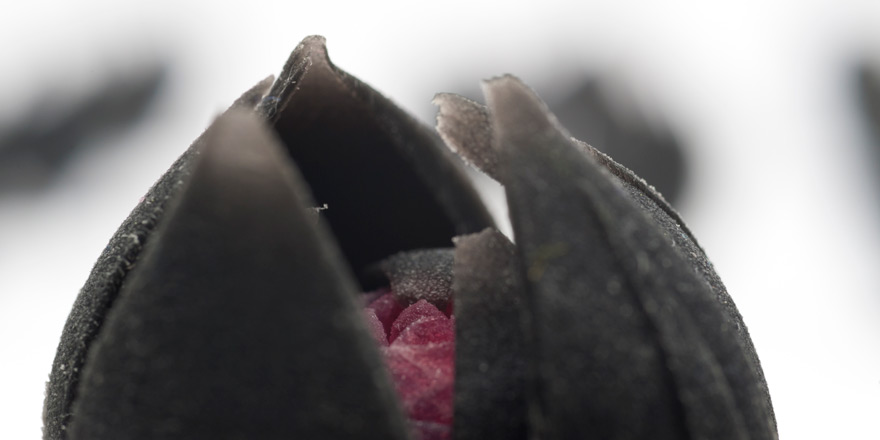