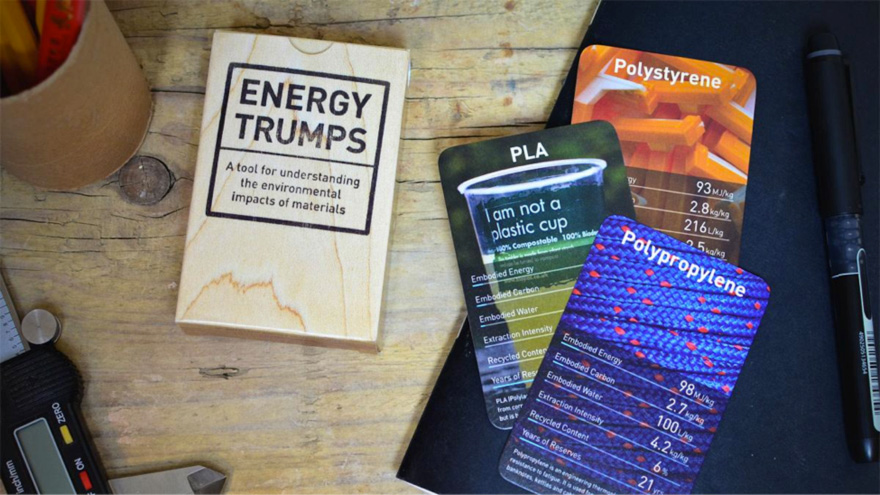 A few years ago, I became slightly obsessed with embodied energy, which led to a new perspective on both materials and design, in the form of a self-initiated experiment and ultimately a design tool. I wanted to share some of my thoughts from this process to try and pass on a passion for embodied energy.

The whole process started by reading David Mackay's book "Sustainable Energy Without the Hot Air." His "we need numbers not adjectives" attitude really appealed to me at the time, as I was getting very frustrated with some of the subjectivity and lack of depth in some sustainable design. It was with this mindset that I went searching for embodied energy data. The first time I trawled through a data set, I was pretty intrigued. This was a single number that summarized the intensely complicated journey of a material from digging its ore out of the ground through to the myriad of processes that lead to a usable material. The numbers also varied hugely between materials, revealing energy stories that I was completely unaware of. In a fairly short span of time, this data had completely changed my perspective on a lot of materials that I previously thought I was very familiar with. 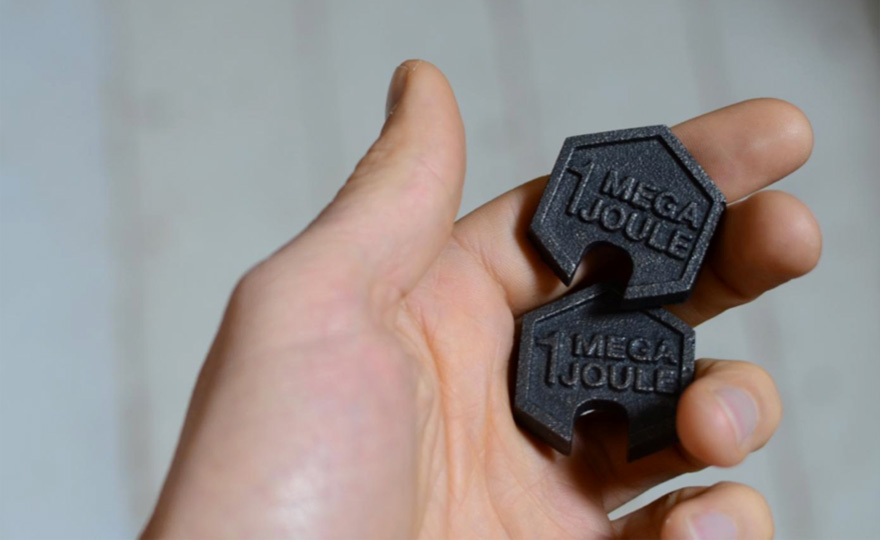 What really caught my imagination was the fact that this was physical data. Unlike electricity consumption, where you need to go to great lengths to record and visualize energy, this data told you that the lump of material you're holding took 10 megajoules of energy to go from earthbound ore to product in hand. I could now define my whole material world in terms of energy—and that's exactly what I started doing, carrying a screwdriver and a set of scales I started disassembling and weighing products to try and calculate their embodied energy. This quickly escalated to doing an embodied energy calculation for everything I owned.

These calculations were very rough, but gave me an approximate figure for everything, allowing me to compare different elements of my lifestyle. Computers and camera gear, with their exotic circuitboard materials and batteries, far outweighed everything else, while other things, like my bikes, seemed pretty insignificant. This showed me that crunching the numbers, however crudely, will reveal all sorts of insights into the energy stories of our stuff.

At this point, I had gathered a lot of data and started to see the world in a slightly different light but what I was really interested in was how this data would affect the design process. There were various tools for conducting life cycle analysis on finished designs but I wanted to experiment with ways of using embodied energy to drive the design process from the start. I set myself a simple design brief with ambitious energy quotas. To redesign the Anglepoise lamp (which had weighed in at 140 Megajoules) to quotas of one, ten and 20 Megajoules. The idea was to put energy as the driving force at the start of the design process and see what happens. 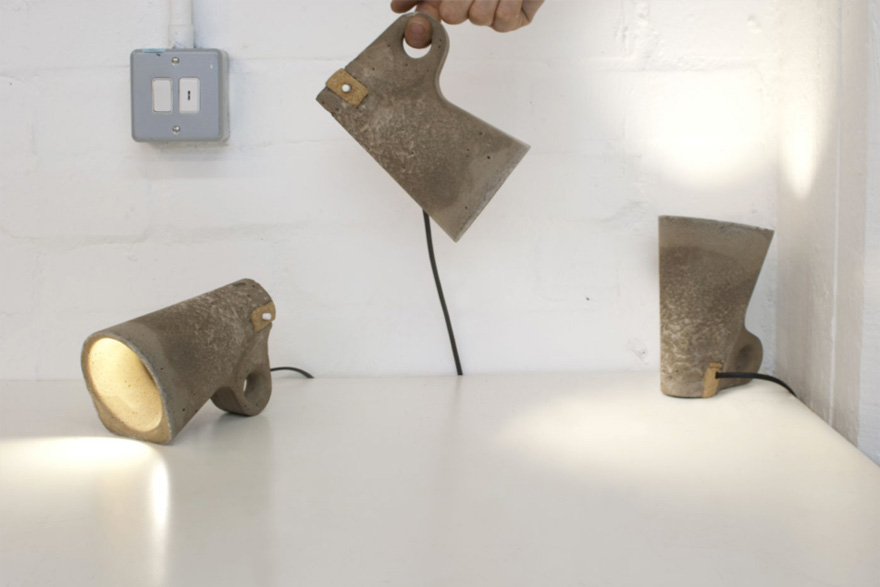 A One Megajoule Lamp

You really can't make that much of any material for one megajoule, which made this lamp somewhat challenging. Anything that used a subtractive process was ruled out straight away, as this would squander some of the tiny quota. I looked for a formable material that gave me the largest volume per megajoule, which led me rather confusingly to concrete. I was under the impression that concrete was an environmentally reprehensible material because it counted for around 7% of global emissions. In fact, it is one of the lowest embodied energy and carbon figures, the issue is not with the material itself but that we use a LOT of it (approximately 3 tonnes for every person on the planet each year). By being able to cast the concrete I could squeeze as much functionality out of one megajoule as possible by making a form that could sit in a few positions or be hung on its hook. Not quite the functionality of the Anglepoise, but not bad for a tiny fraction of the energy. 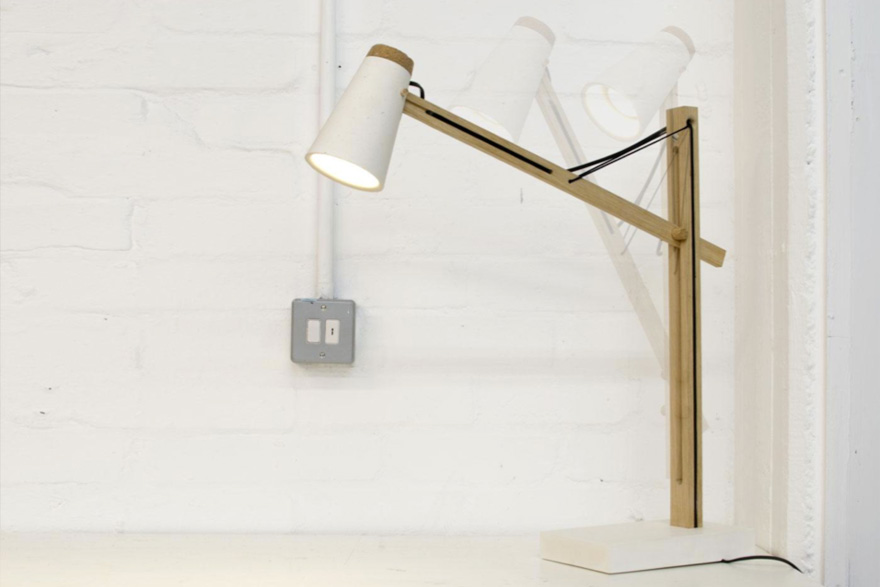 Designing a 10 megajoule lamp meant I suddenly had an abundance of material by comparison—I had enough hardwood to make a task lamp-sized object. I started with a simple pivot design using a nut and bolt controlling the pivot, but quickly realized the nut and bolt used up a megajoule and a half of my quota and meant my lamp had to be considerably smaller. Instead I focused on a metal free adjustment mechanism and found a rather satisfying solution using the friction of cork to hold the lamp at different positions. 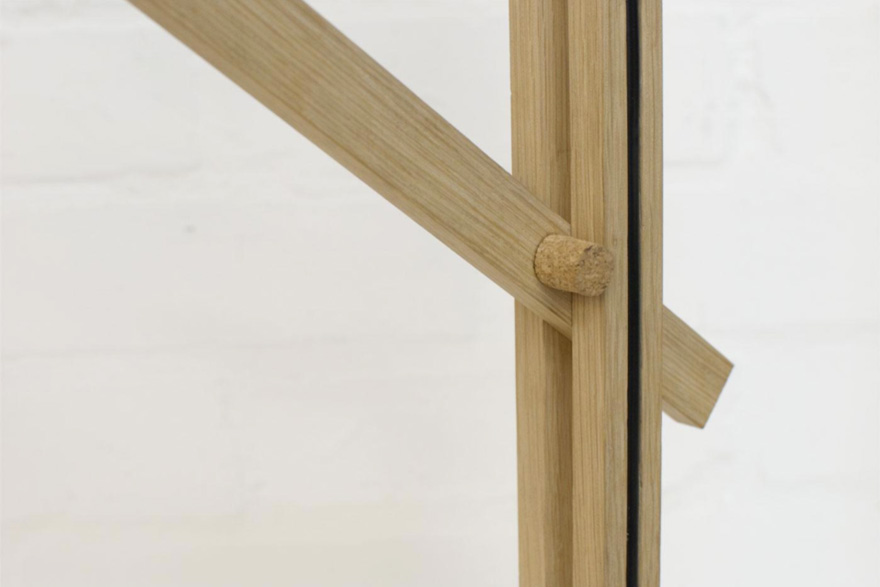 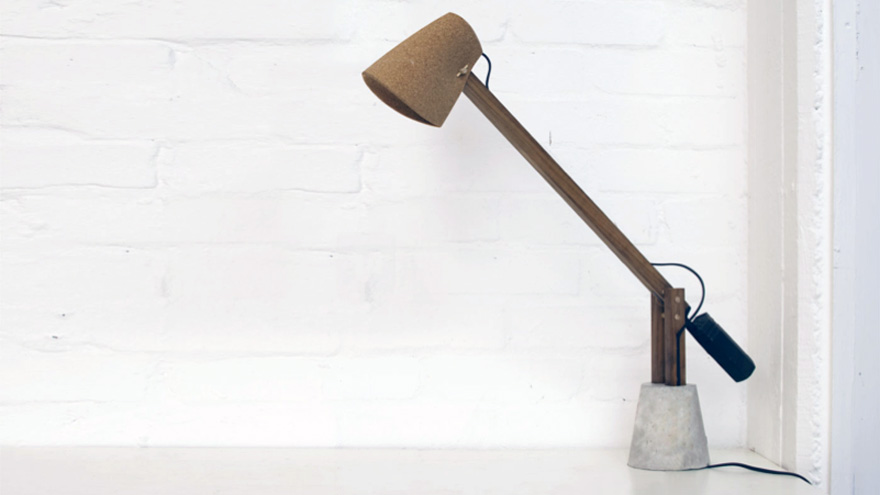 20 megajoules frankly seemed like an excessive amount of material after the first two lamps. I had enough quota to create a cast iron counterweight, which could allow the lamp to balance at different heights. This gave me a chance to bring the idea of physical data into the product and cast the counterweights into discrete one megajoule weights so the lamp could be adjusted in increments of embodied energy. 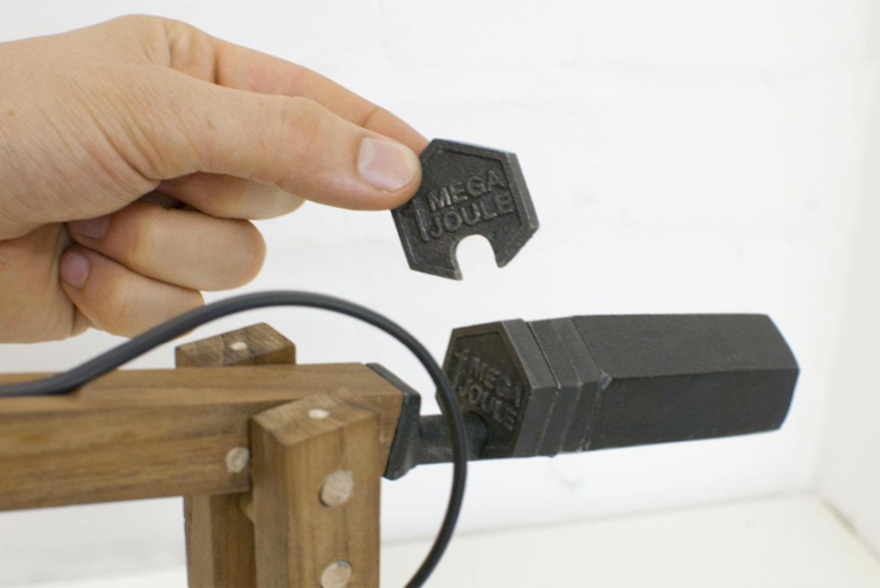 It was clear to me that thinking about material selection and embodied energy at an early stage in the design process could have a huge impact—but I was also aware that very few designers I knew were familiar with this data. This was a real concern: Embodied energy makes up about 40% of our national energy consumption, yet it is not a significant driver in a lot of design processes.

To try and remedy this, we wanted to take the data we had collated and turn it into format that better suited the design process. To do this we created the Energy Trumps, a deck of cards that visualize the environmental impact and properties of 45 selected materials. They present key environmental metrics in a fast and accessible way, enabling you to make more informed material choices early in your design process. The video below explains the cards but you can learn more about them here.

My journey from discovering this data to fully integrating it into our design process has challenged and changed my perceptions on a range of materials and products. Ultimately, embodied energy has become a lens through which to assess design decisions and ensure that our strategy is the right one. This ranges from looking for lightweighting and material substitution within a product to rethinking how we deliver functionality. Our recent project with Kingfisher, re-thinking tool sales to become project based tool hire was a perfect example of this, where transitioning to a service achieves the most dramatic embodied energy savings. 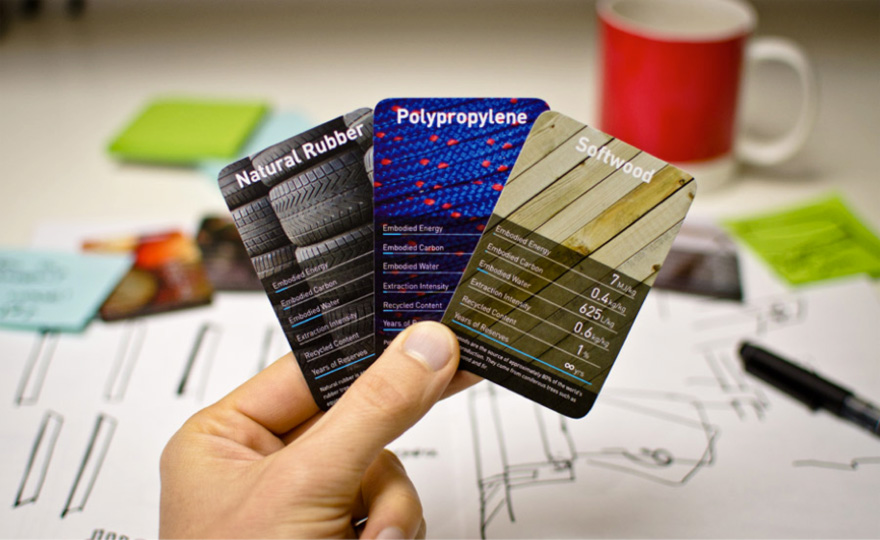 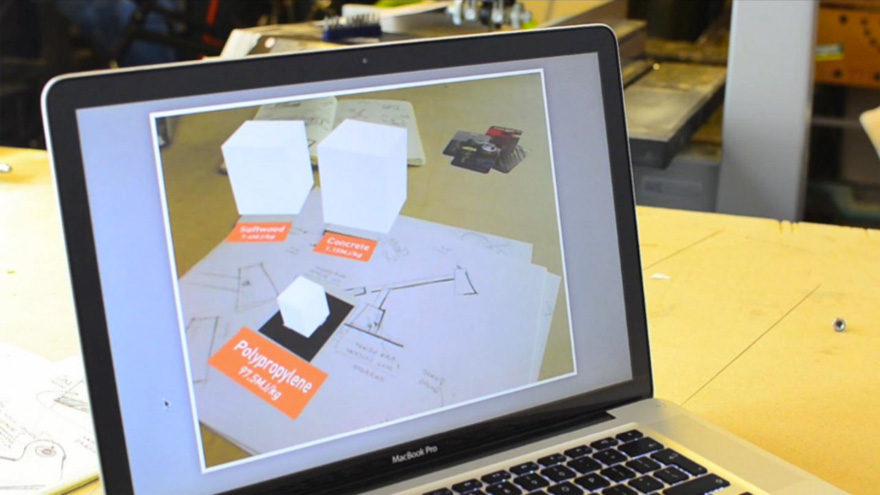 You can read more about the project here and download the "Designing with Energy" PDF here.

Rich Gilbert is the Co-Founder of The Agency of Design, a London based design company helping organizations design a better future by rethinking our physical and digital worlds.