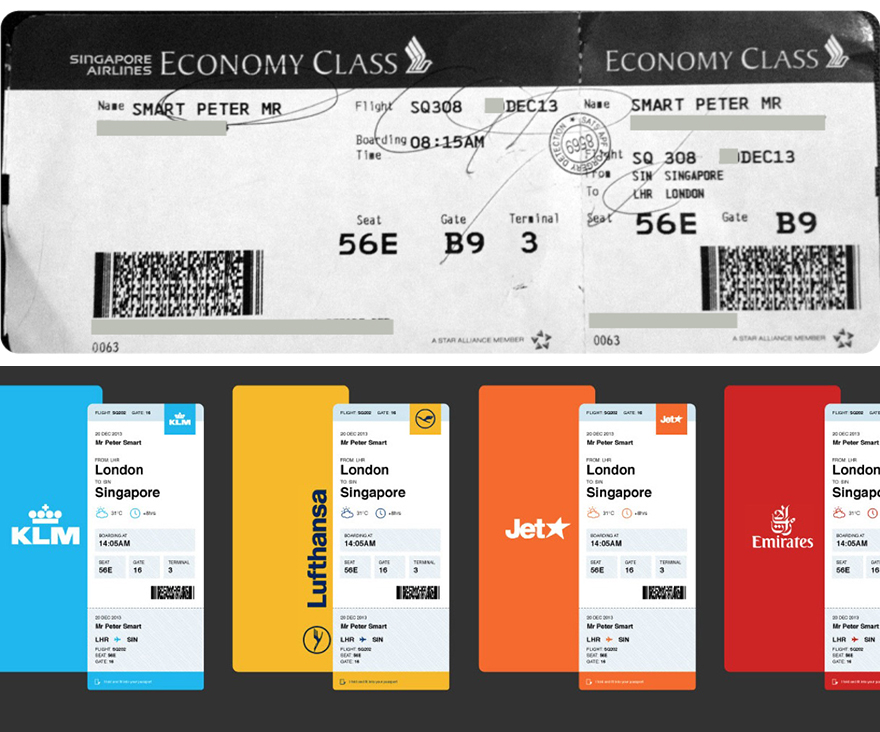 We spotted creative director Tyler Thompson kicking off a boarding pass conceptual redesign frenzy back in 2010, and it was fun to see different designers' takes on what that little scrap of paper should look like.

The latest designer to throw his hat into this (suffe)ring is Peter Smart, who famously tried to solve 50 Problems in 50 Days using design. That project necessitated a lot of travel, meaning Smart dealt with a lot of boarding passes, and eventually stretched his design muscles during a long layover.

Smart had at least one brilliant, simple insight: A boarding pass contains multiple bite-sized chunks of information, and you don't need them all at once. But you do need them in a particular order—figuring out which gate you need to head to is an earlier priority than locating your seat on the plane. And by turning the boarding pass sideways, Smart instantly reduces the visual clutter to a series of easy-to-read lines, like the way a movie script reduces the width of dialogue blocks to make it easier on the eyes. 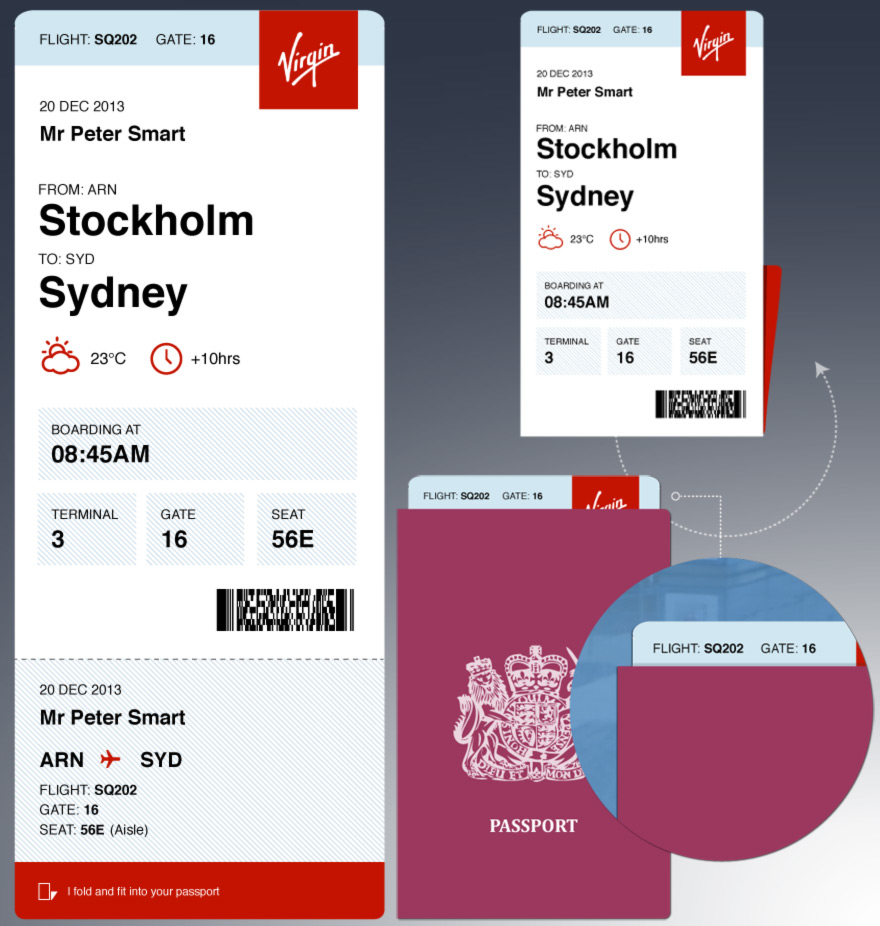 You can read Smart's full analysis of existing boarding passes and explanation of his redesign here. (Unsurprisingly, the web page is presented in an extraordinarily clear, well-designed manner.)