In the Details: Building a Tip Jar for the Credit Card Era 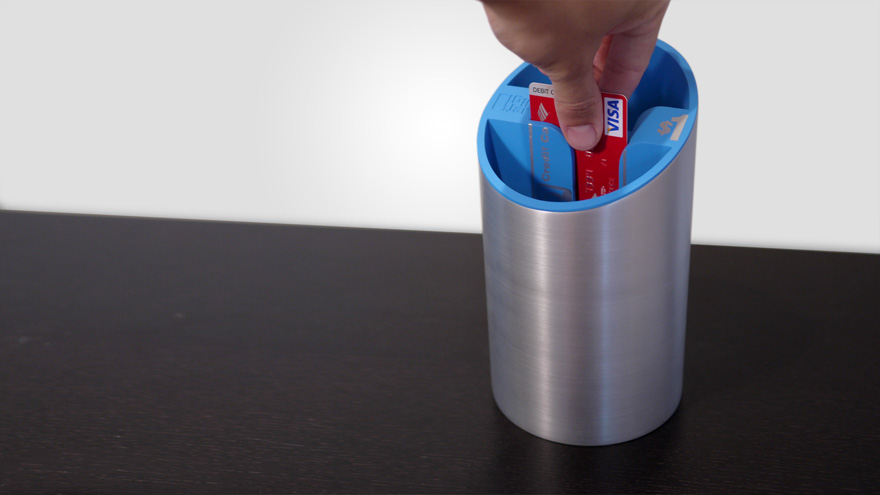 As people get more and more used to paying for small transactions with credit cards, one group in particular seems to be losing out—baristas. At least that's what Ryder Kessler noticed in 2008 while using plastic at a favorite coffee shop with a noticeably empty tip jar. A (miserable) barista explained that the rise of credit card payments had meant the decline of cash tips. "That struck me as a huge problem for everyone involved," Kessler says. "The employees were working just as hard and making less money, the store was losing out on incentives for good service, and customers like me who liked the convenience of paying with plastic had no way to tip. I thought that the simplicity of a cash tip jar—just drop your dollar bill in—should have a credit card equivalent. That's how the idea for DipJar was born."

DipJar is exactly what it sounds like, a small aluminum jar with a built-in credit card reader that deducts one dollar per swipe. But realizing the simple device has taken several years. After graduating from Columbia University with a master's in English, Kessler let the idea for DipJar germinate in the back of his mind for a few years as he took jobs at start-ups and gleaned knowledge in how to build companies and ship products. Only then did he set about bringing his idea to production. Skimming websites, Kessler found the portfolio of Simon Enever, an industrial designer based in New York whose work matched the mental image Kessler had for the product. [Ed. Note: We've covered Enever's work before, most recently in an in-depth case study about designing a better toothbrush.] Together, they worked through various ideas for the design until they felt confident putting it into production. 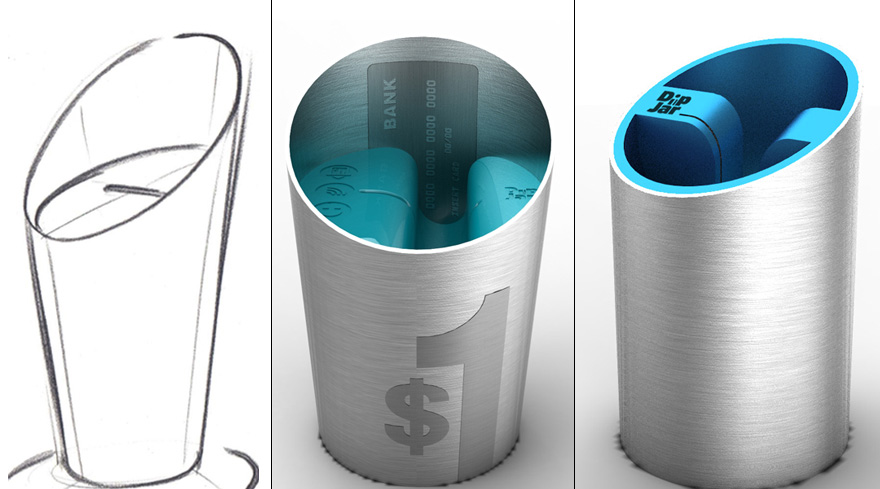 The design evolution, from sketch to the first-generation unit now being tested in the field.

After sending the design away to China, Kessler was shocked when the prototype that returned was nowhere near ready for market. Many of the features Kessler imagined looking stunning were awful in reality. "The credit card didn't go in smoothly, the colors didn't look right, and the first version had the dollar amount emblazoned on the body of the DipJar," Kessler says. "The lesson was that getting a product ready for launch requires a lot of iteration, working through problems both anticipated and unanticipated. Nothing compares to having a prototype in hand to play with and imagine being used by your end customers." After a few more passes, Kessler and Enever finally got it right. 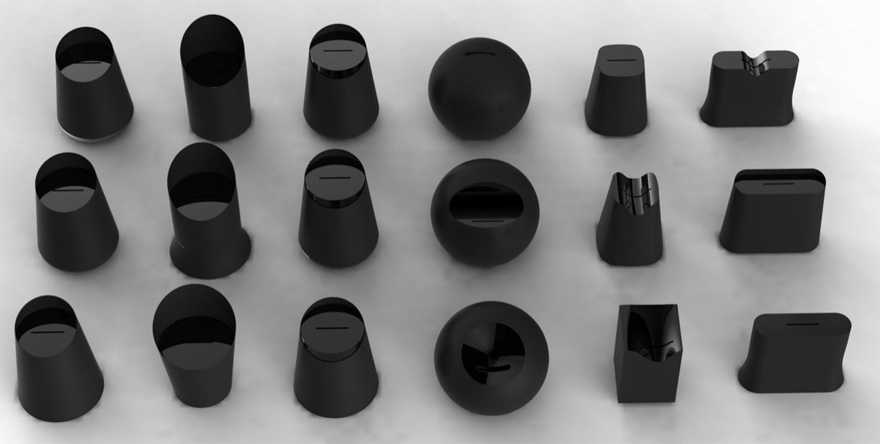 The body of DipJar is made of aluminum, with an injection-formed plastic top. Looking to balance durability with affordability, Kessler and Enever tested various combinations of materials before deciding on the plastic-and-aluminum finish for its sleek styling that did not appear overly futuristic. Kessler knew that DipJar should mimic the familiar form language of a tip jar so that consumers would immediately know its function, even if they were seeing it for the first time.

Another consideration was the ergonomics of the device. For the DipJar to catch on, it should provide a satisfying swiping experience—which means, first of all, that it remain stationary. Given the lightness of the aluminum body and plastic top, DipJar had to be weighted to keep it in position. "Most of the time the device can stay on the countertop without being affixed," Kessler says. "For the most chaotic environments, we've used a little bit of Velcro to keep the DipJar exactly where we want it."

A key decision made in the design process was to incorporate a pre-set price point for the user. Swiping once in the DipJar leaves a dollar tip, while subsequent swipes are tacked on as additional dollars; there are no buttons for store managers to plug in a custom amount. That simplicity was a vital part of DipJar's effort to get buy-in from stores and consumers alike. Store managers want the line to keep moving speedily, and the buyer wants the ease of action. The system tracks the times the transactions took place, allowing for easy distribution among employees later. 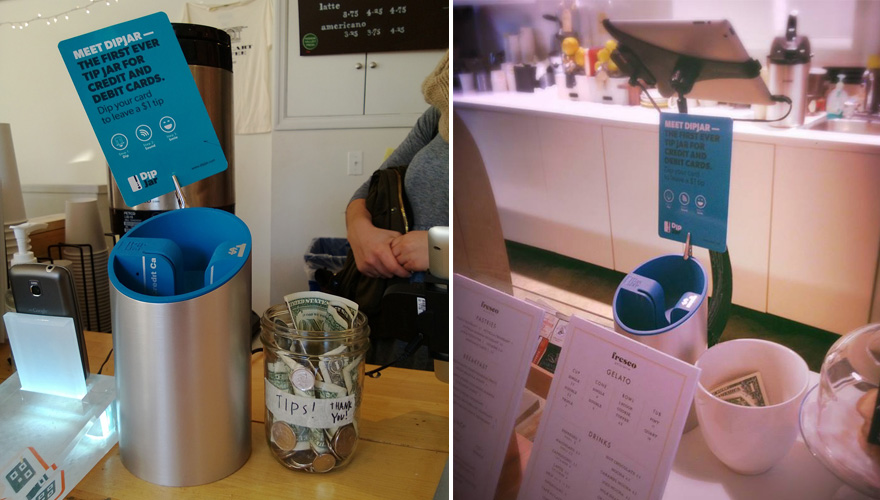 "When we had a version of the first-generation unit we loved, we put it right into the field," Kessler says. His team tested the product for a year and a half, collecting feedback from customers, employees, merchants and charities. Now they've just begun putting the next generation of DipJars into production, with plans to expand rapidly across the United States and abroad over the next year. (Interested stores can submit their information on DipJar's website.)

The next hurdle? "The biggest challenge now is to manufacture enough DipJars to keep up with demand," Kessler says. "In the scheme of things, it's a great problem to have."

In the Details: Building a Tip Jar for the Credit Card Era