From an Abandoned Sony Plant in Pittsburgh: The Battery of the Future? 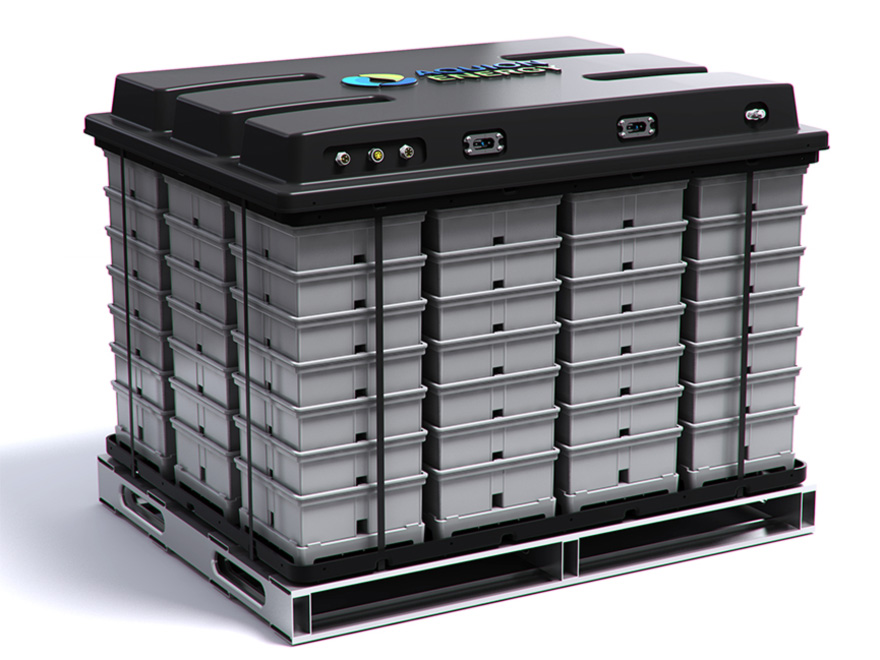 The big challenge for renewable energy is storage: Energy captured by solar or wind power will never be much good if there isn't a cheap way to store it. Lithium batteries are just not up to a wide-reaching, cost-effective task. So a lot of researchers are working to solve this problem, including a team who founded the startup Aquion, which recently raised $55 million of venture capital funding, including $35 million from Bill Gates.

The funds will help ramp up production of a new kind of battery. Jay Whitacre, a materials science professor at Carnegie Mellon, invented it and says it will as cheap as a lead-acid battery—the oldest rechargeable battery, which is still widely used to restart our cars—but it can last twice as long. It's also very safe—safe enough to eat, apparently. Lead-acid batteries, on the other hand, are toxic and pretty dangerous.

These batteries, charged with renewable energy, can mimic the balancing of supply and demand on a power grid and so can replace the much more expensive natural gas power plants that are currently taking on that job.

The battery works like a lithium-ion battery, where ions move between electrodes to create a current. But this battery uses sodium ions, and that means it can use a salt-water electrolyte—an inexpensive solution. But here is the trade off: The sodium-ion batteries cannot pack in as much energy as the more expensive lithium-ion batteries so they'll never be practical for mobile devices or cars. Where space is not an issue, however, like for a power grid, they can work just fine. The Aqueous Hybrid Ion technology could also cost less than 200 dollars per kilowatt-hour, making this battery much more competitive than natural gas or lithium batteries. And the storage capacity stays constant even in extreme temperatures so they can be used in remote areas like the desert. This makes them ideal for large solar power stations.

Aquion has taken over a long-vacated Sony television plant in Pittsburgh and hopes to roll out mass production this spring. They intend to manufacture batteries to produce an annual capacity of 200 megawatt hours by 2015. To put that number in context, on days when there is no wind or sunshine, it would supply about 20,000 households per year.

Of course, Aquion is not alone—GE and Fluidic Energy are also working on cost-effective batteries with potential storage for the grid. Then again, some experts predict that lithium-ion battery costs are going to drop to a reasonable level by 2020. So Aquion better meet its timeline to cut off the potential foothold of the lithium battery.

From an Abandoned Sony Plant in Pittsburgh: The Battery of the Future?