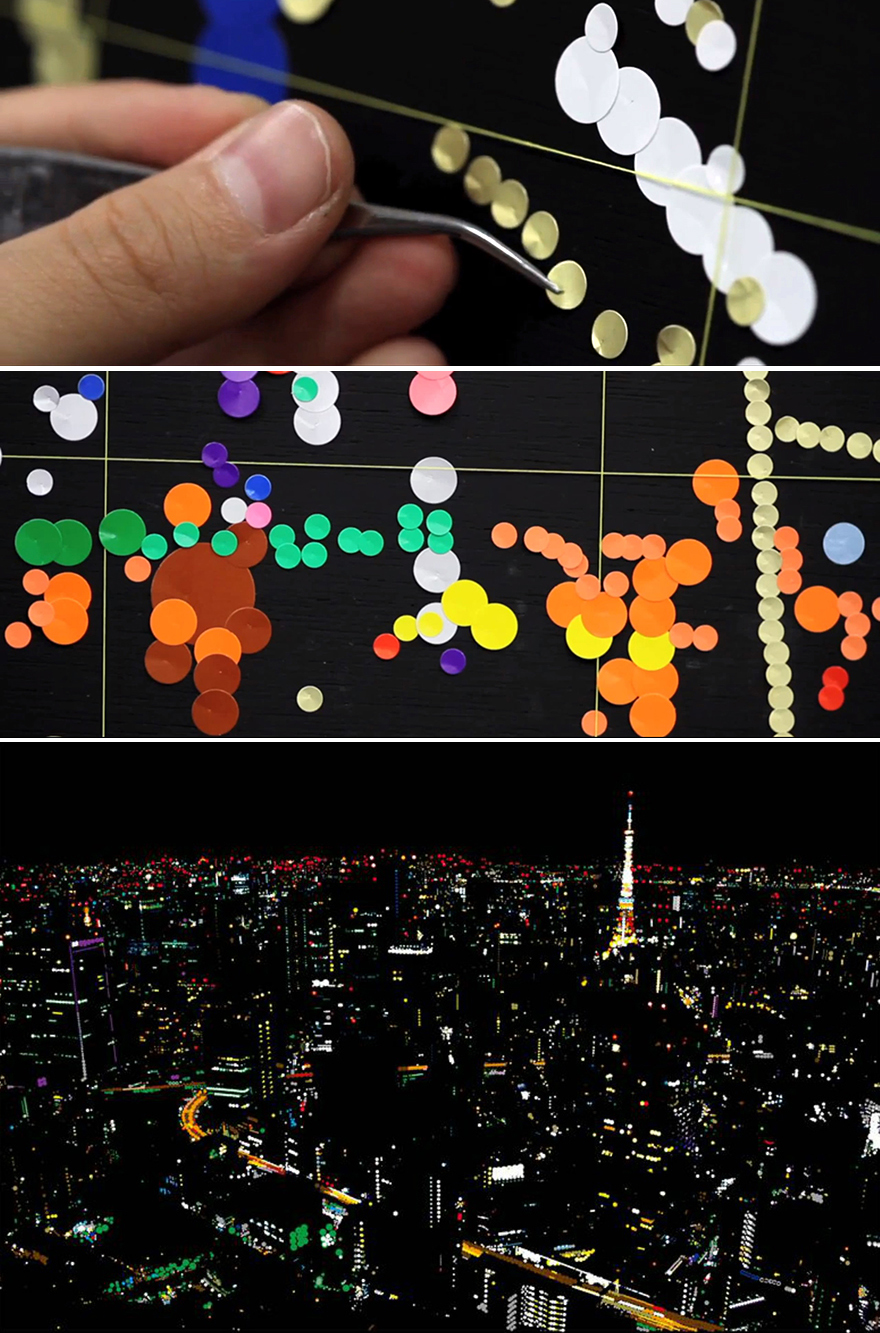 In the You Really Can Draw With Anything Department, we've seen Red Hong draw with coffee cup stains, and Takayo Kiyota draw with sushi; now we've caught wind of Tokyo-based artist Yukino Ohmura, whose renditions of cityscapes at nighttime—something like a Japanese version of Michael Mann's Collateral--are created using adhesive stationery dots. 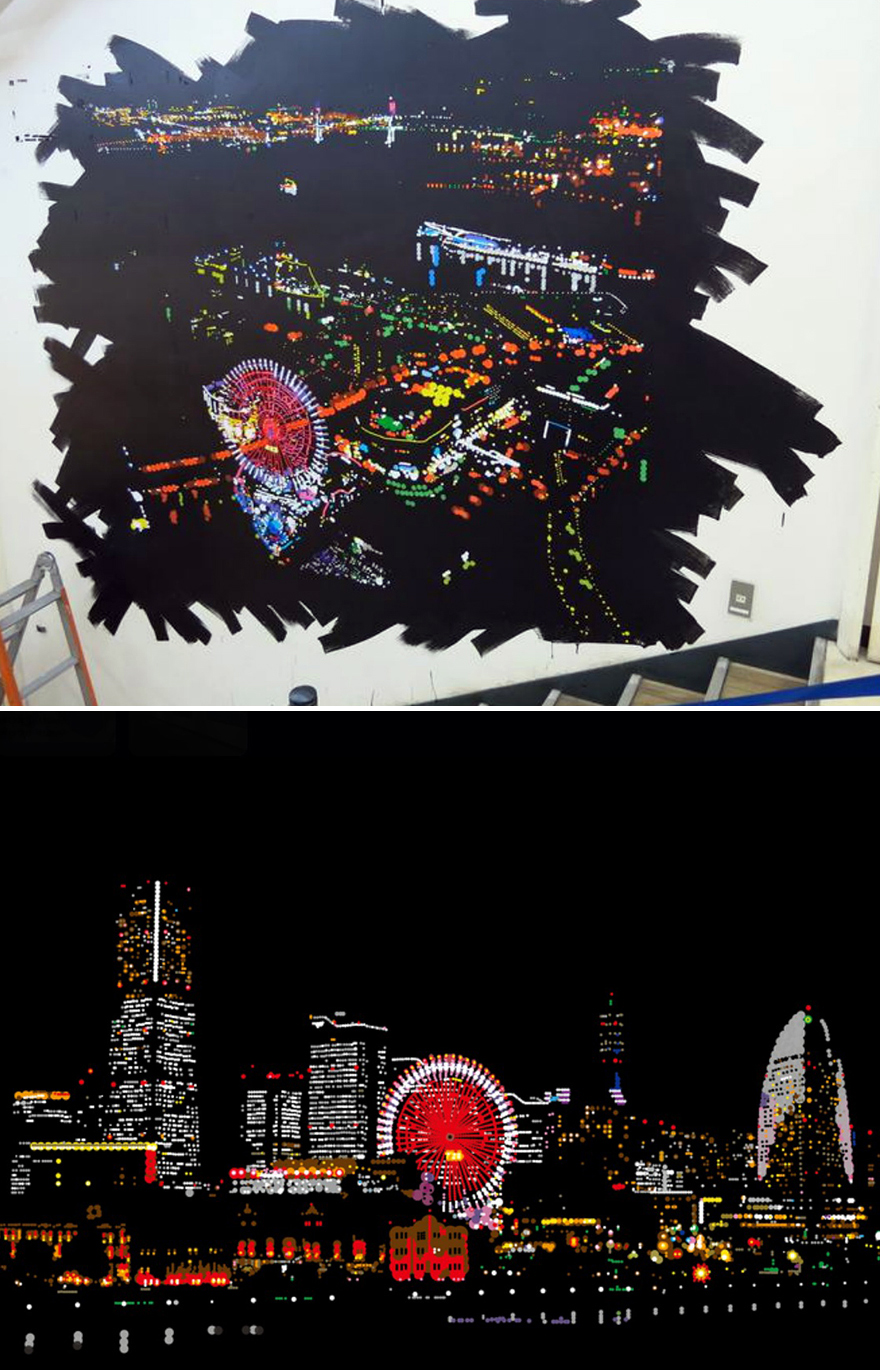 "These stickers that I have used in my artwork are very popular in Japan, and almost everyone has used them during elementary school," Ohmura told The Verge. "Also, stickers are inexpensive, which I feel creates an interesting contrast by expressing the glamour of the nighttime city through cheap material." 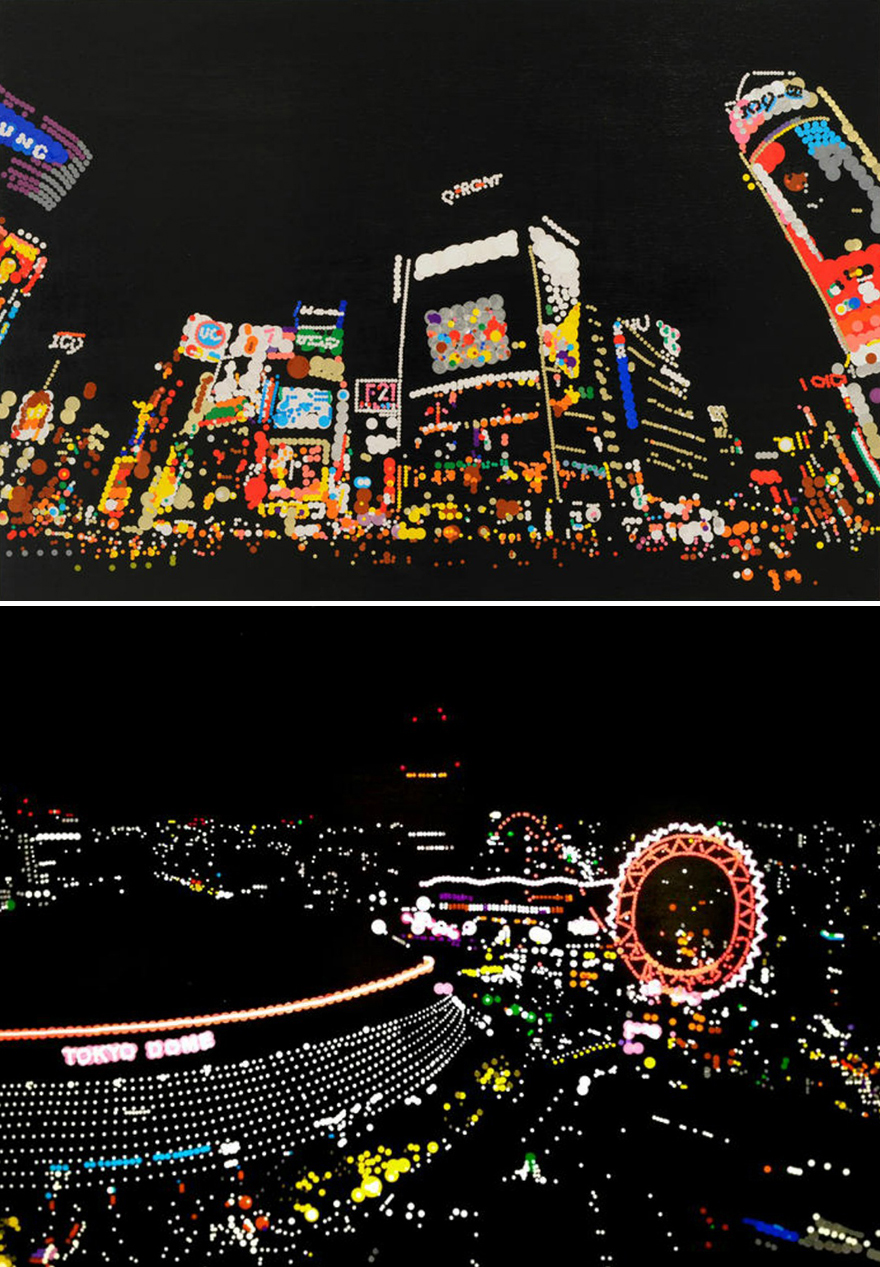 The video below is narrated in Japanese, but you needn't understand the language to see Ohmura working:

We're also digging the one-off car hood she recently did for one of her exhibitions... 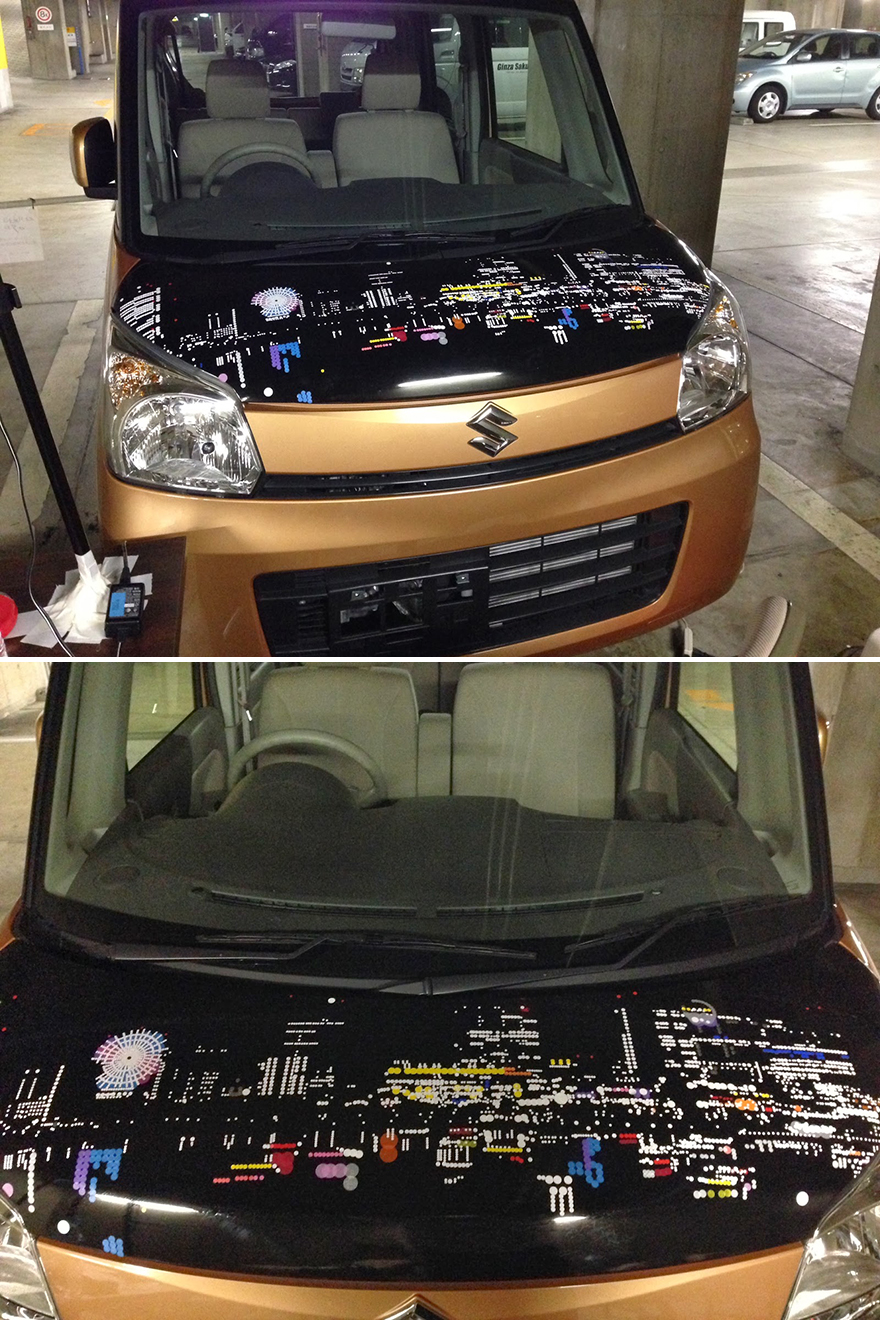 ...and of course, the cityscape for it to zoom down: