Yesterday it snowed in NYC, and as always happens, today you can see which parts of the street have been plowed and driven through and which parts are still snowbanks. And recently a movement has begun that claims we can use those snowbanks to help determine urban road construction. 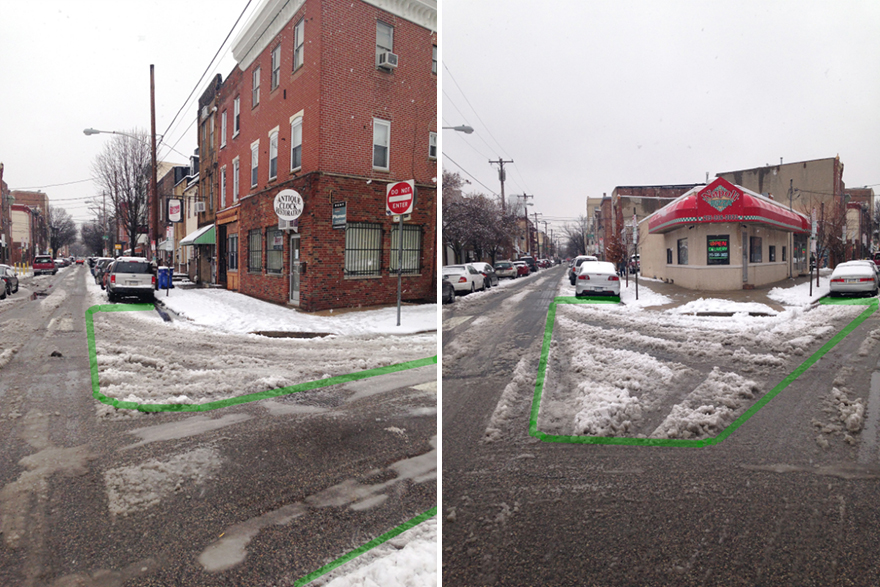 Photo via This Old City

Photo via This Old City

Way back in 2001 Transportation Alternatives Magazine suggested that the untouched snow on city roads are where "neckdowns"—i.e. curb extensions—ought to be installed, to slow traffic at intersections for the greater safety of pedestrians. Here in 2014, that suggestion has really caught fire, with news organizations and urban activist blogs now referring to the phenomenon as "sneckdowns" ("snow" + "neckdowns).

The BBC ran an article called "Sneckdown: Using snow to design safer streets," stating that "snow can be helpful in pointing out traffic patterns and changing street composition for the better." To bolster their argument they interviewed Clarence Eckerson Jr., whose StreetFilms organization creates short films on smart transportation design and policy. "The snow is almost like nature's tracing paper," Eckerson explained. "When you dump some snow on this giant grid of streets, now you can see, visually, how people can better use the streets."

The thinking is that curbs should be made to reach towards each other at the corners of intersections and shorten the crosswalks, with three goals:

Here's a video from Eckerson himself explaining the concept of sneckdowns:

The only thing that concerns me is that sneckdowns don't seem to make any allowances made for bicycle lanes. In any case, those interested in the subject should also check out Streetsblog NYC's take on sneckdowns and the This Old City blog's entry on sneckdowns in Philly.