From self-balancing cubes to Pete Wegner's inverted city within a city, it's safe to say that we've seen our share of gravity-defying designs. Since then, we've found three projects that we can't help but draw similarities between. Here are a few more force-defying projects that we've come across recently. 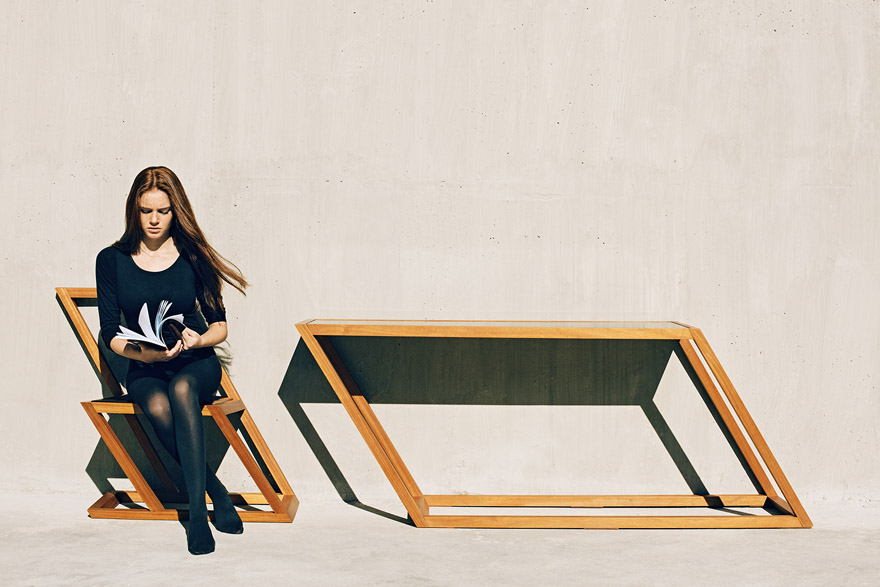 The Tbilisi, Georgia-based design studio is no stranger to sharp angles and head-tilting constructions. Their series, which takes its name from the acute angles of the pieces, consists a trio of reality-bending furniture pieces: a red chair, a console & chair and a blue table. While the photos are a little too "American Apparel" for our tastes with their leotard-clad models, we can't deny the conversation starter appeal of this series. 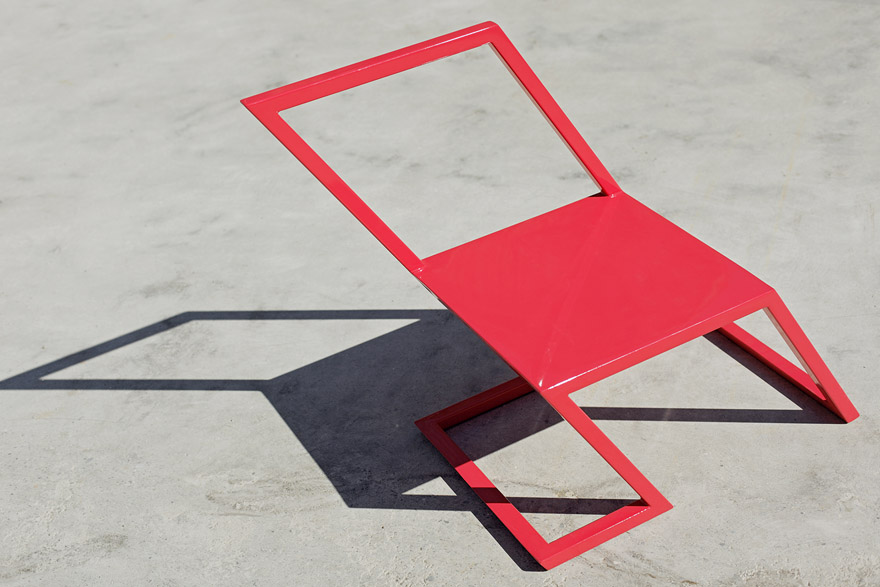 The "60 Console & Chair" comes constructed in a more mature mahogany with leather upholstery, while the "60 Red Chair" and "60 Blue Table" feature a more durable painted steel. 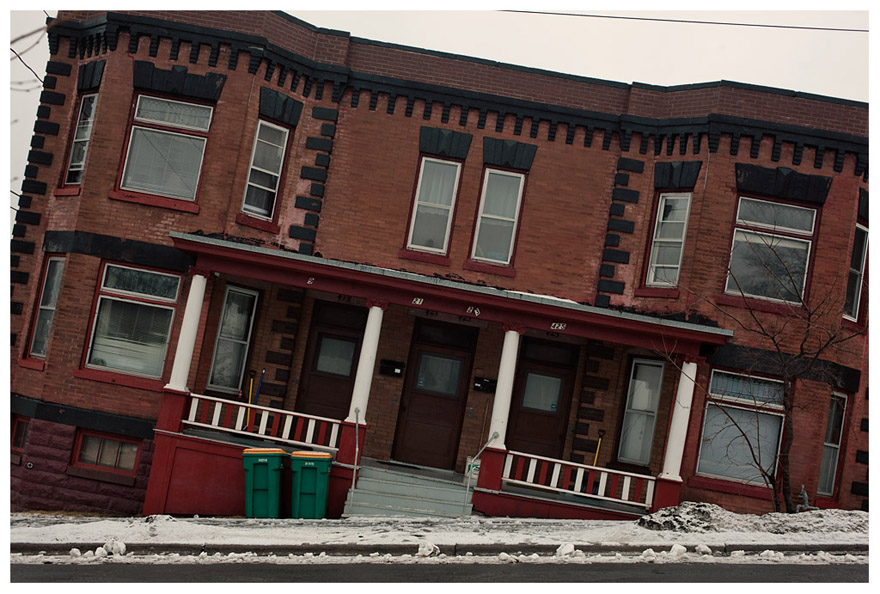 Cameron Wittig has managed to turn relatively plain houses in Duluth, Minnesota into mind-boggling little masterpieces with his series Duluth Typographies. The houses are all located on steep hills, making it easy for Wittig to manipulate the image. By tilting his camera so the sidewalk is square with the bottom of his picture frame, he's able to create a 'leaning-tower' effect with just a few tripod tweaks.

Infamous inclines in San Francisco have also been the subject of similar photography projects. 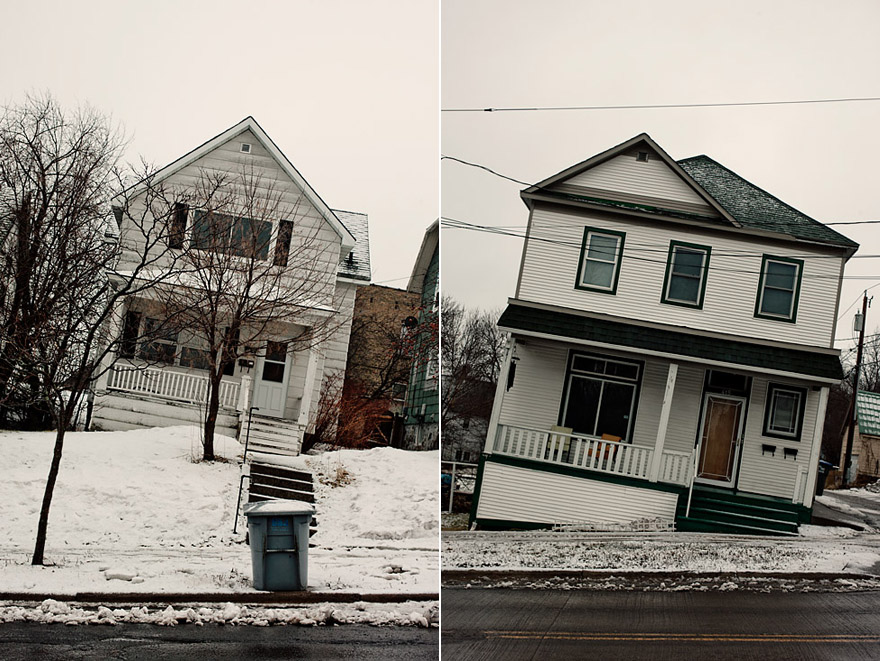 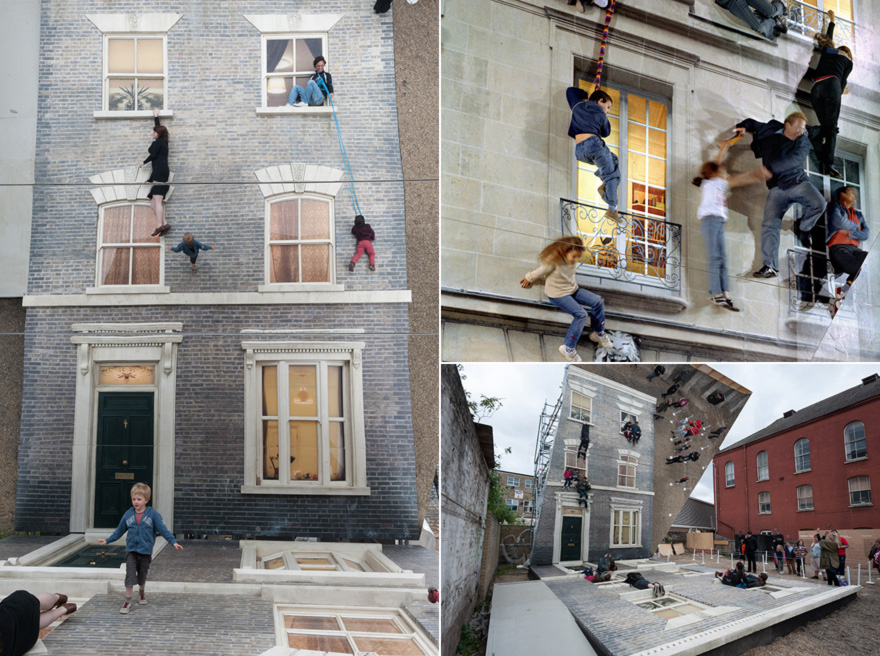 Argentine artist Leandro Erlich is Known for creating large-scale installations that serve as immersive optical illusions, Leandro Erlich was recently commissioned to create a site-specific installation in northeast London. On view last summer, "Dalston House" was a popular destination and photo op for the young and young-at-heart alike. We hope to see Argentine artist turn up in New York in the near future—his last Stateside exhibition was in 2011, when he exhibited a series of full-scale elevator shafts at Sean Kelly Gallery in New York. 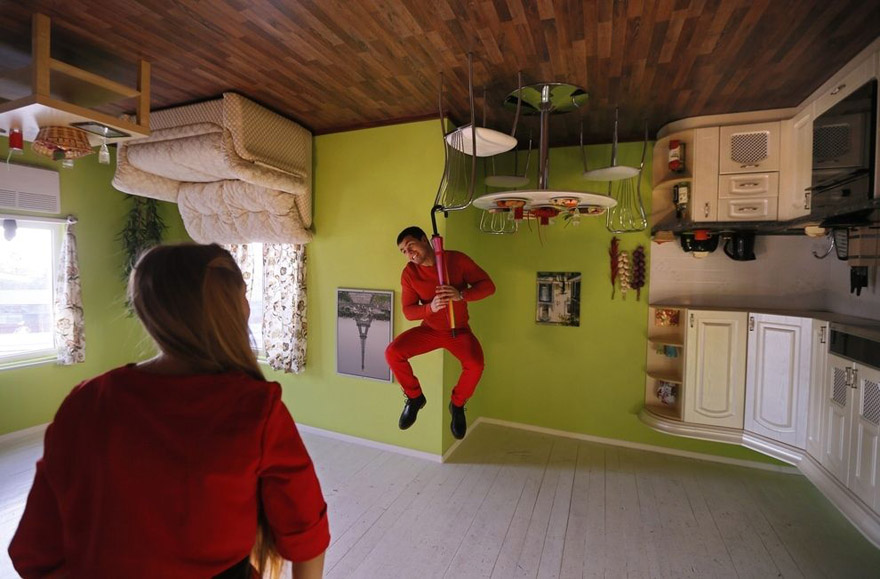 Upside-Down House at the All-Russian Exhibition Center in Moscow

This tourist-attracting house in Moscow has meticulously been furnished with everything you would ever need in a home. The catch: it's all upside down. The biggest mind-melt comes when you catch a glimpse of the real Mini Cooper docked in the driveway—upside down. 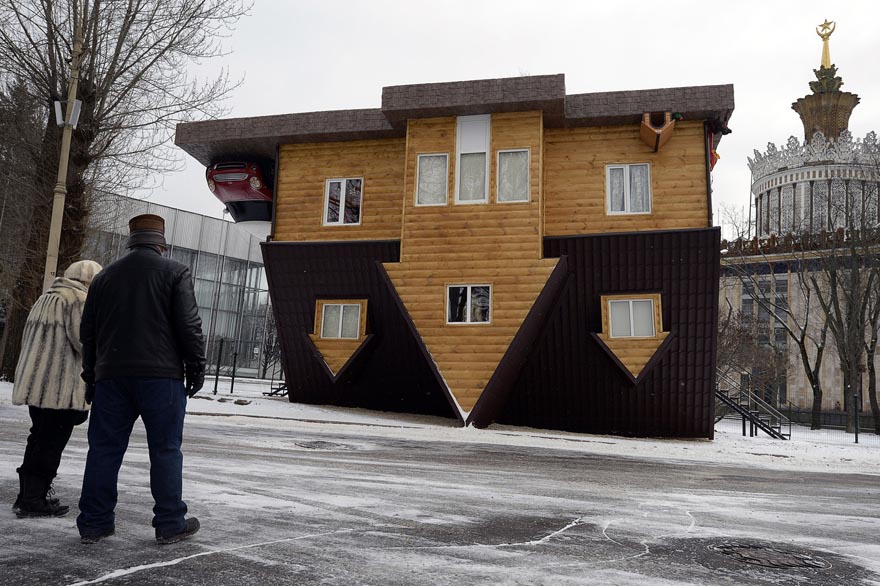 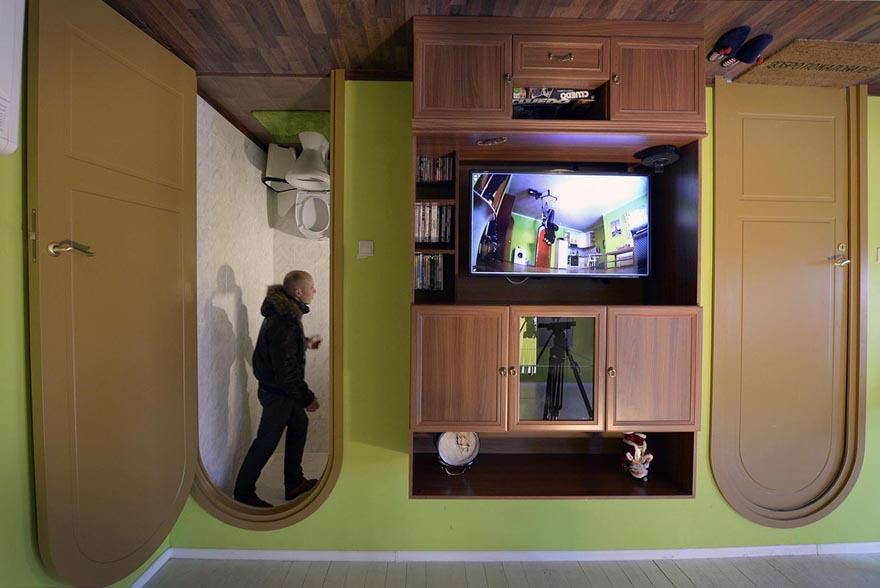 Be thankful—I could've really messed with you and started off by posting the inverted photos of the inverted house. Like this one: 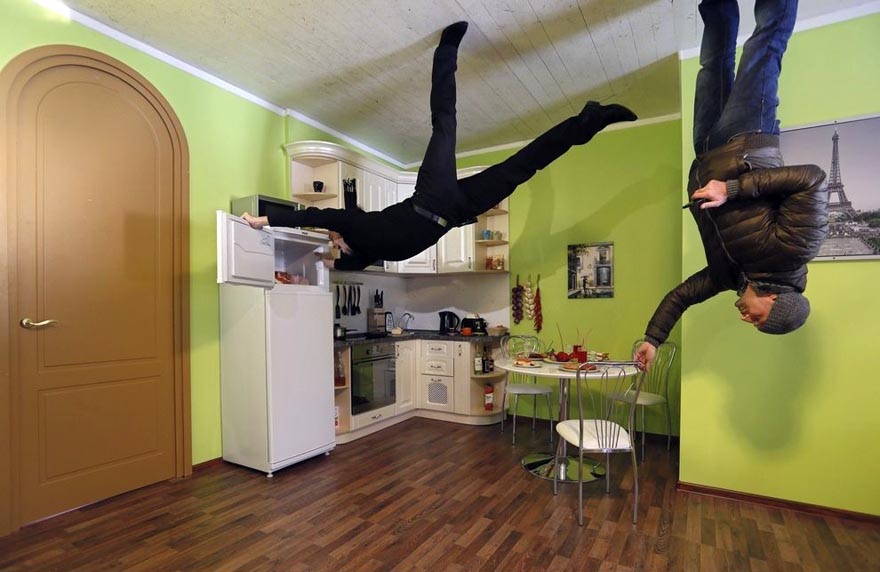 Via Yatzer, It's Nice That and Design Taxi