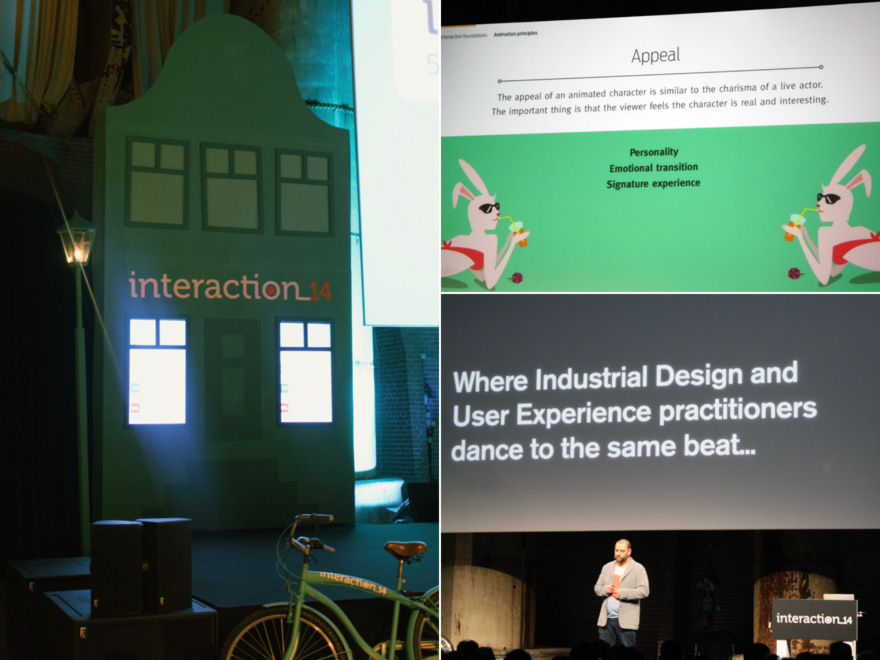 Gillian Crampton Smith, Head of the Interaction Design program at University of Venice, questioned if there is a language of interaction design. She shared the ways in which Art and Architecture have distinct languages that can be understood across many cultures. However, Interaction Design lacks the same universally understood common language. Smith mentions the word "design" as being problematic and shared examples of how it is translated and understood in other cultures and languages such as English, French and Italian. Smith discussed the functional limitations of interaction design and how humans interact with computers as proof that we still have a long way to go in defining the language of Interaction Design.

Scott McCloud shared the many ways in which visual storytelling is used and how we are narrative-seeking creatures. He talked about how people create meaning on the fly through visual stimuli. McCloud was very poetic in the way he schooled us on visual storytelling and talked about our medium not being paper and pencils, but instead the knowledge and expectation of our users. He challenged us to think outside of the box, or the screen in this case, and consider how we can guide a user through a story digitally in a non-linear way. 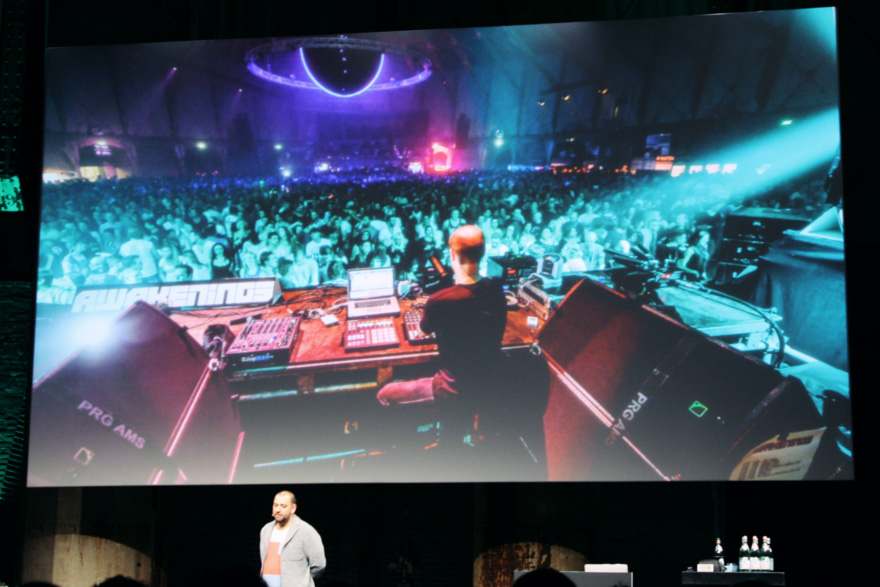 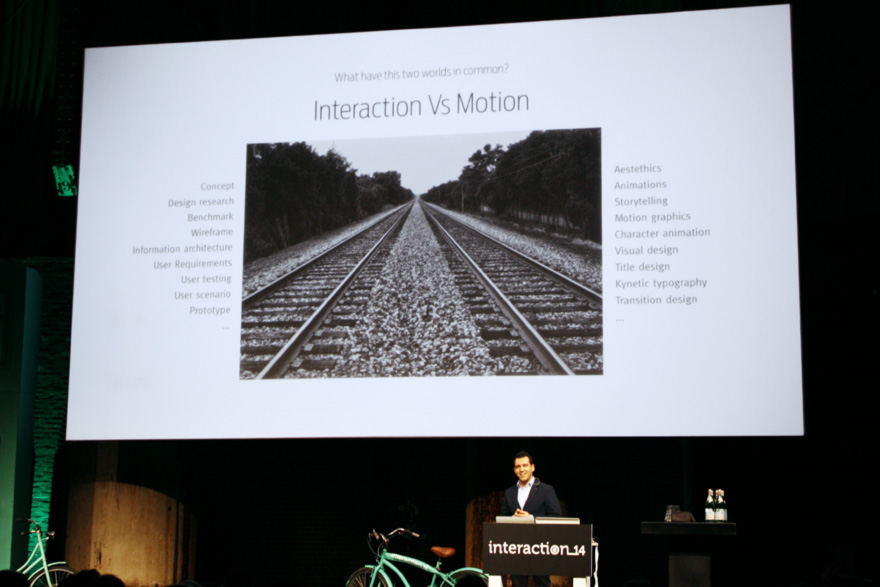 Antonio De Pasquale, Senior Interaction Designer and Information Architect at frog Design, talked about "Design in Motion: The New Frontier in Interaction Design," in which he shared Disney's animation principles and how we can reference these principles and apply them to Interaction Design. Pasquale makes the point that without motion, there can be no interaction and that we need to consider the context of the interaction versus the nature of actions when designing. By studying motion and following Disney's principles to define a realistic impression of motion with the basic law of physics, we can design more natural interactions for our users through product and concept storytelling. 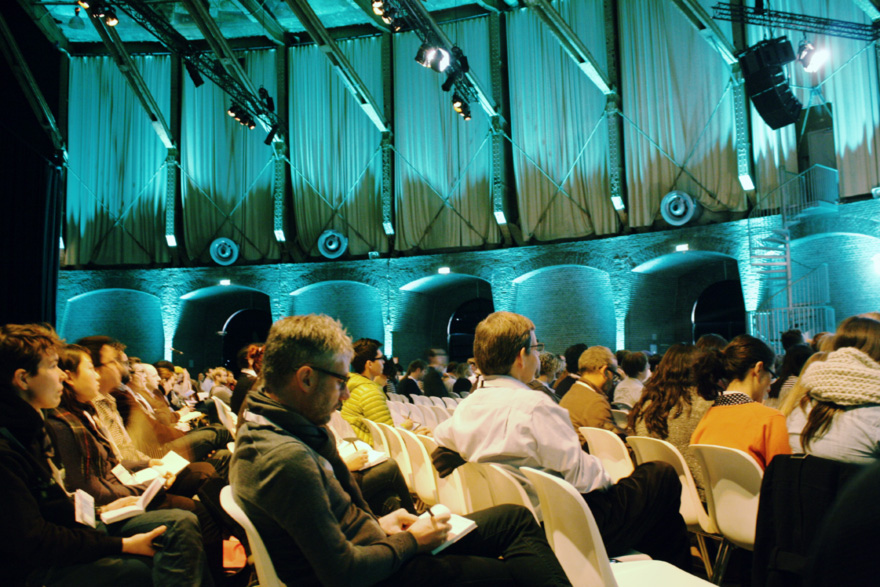 In previous years, the IxDA Interaction conference has consisted of many talks and conversation around defining Interaction Design. We still aren't quite there yet, however designing for context, situations and collaborating with other disciplines will allow us to move forward as we work towards developing a common language, which defines Interaction Design.