Barbarians at the Great: An Undulating 4,400-Square-Foot Superdesk 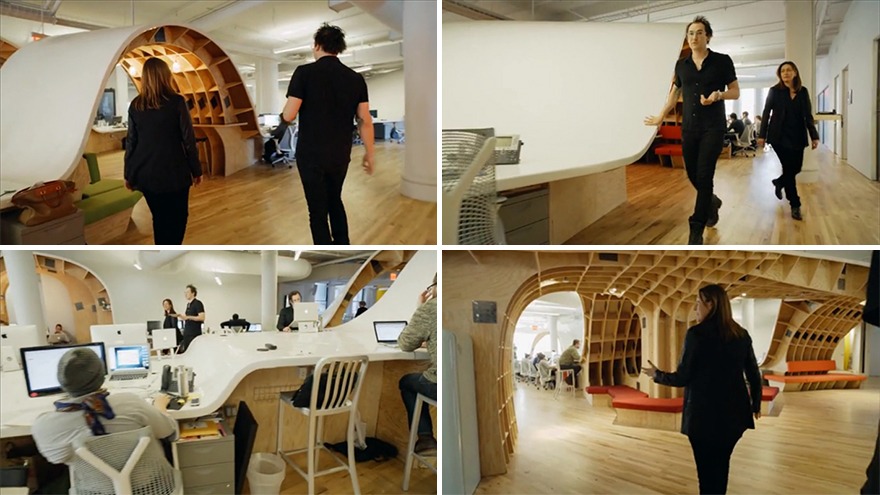 For their new offices on West 20th Street, creative agency The Barbarian Group wanted an office design that would live up to their catchphrase ("It's gonna be awesome.") Thus they commissioned L.A.-based architect Clive Wilkinson to design them an enormous desk—some 4,400 square feet—that the bulk of the staff would all use at once.

The crazy, undulating form has a CNC-milled plywood frame, which was flatpack-shipped from its fabrication center in L.A. to the office in New York; a resin surface was then poured on-site. But enough talk, take a look at this thing:

Everyone's gotta love it... except the cleaning crew.

Barbarians at the Great: An Undulating 4,400-Square-Foot Superdesk