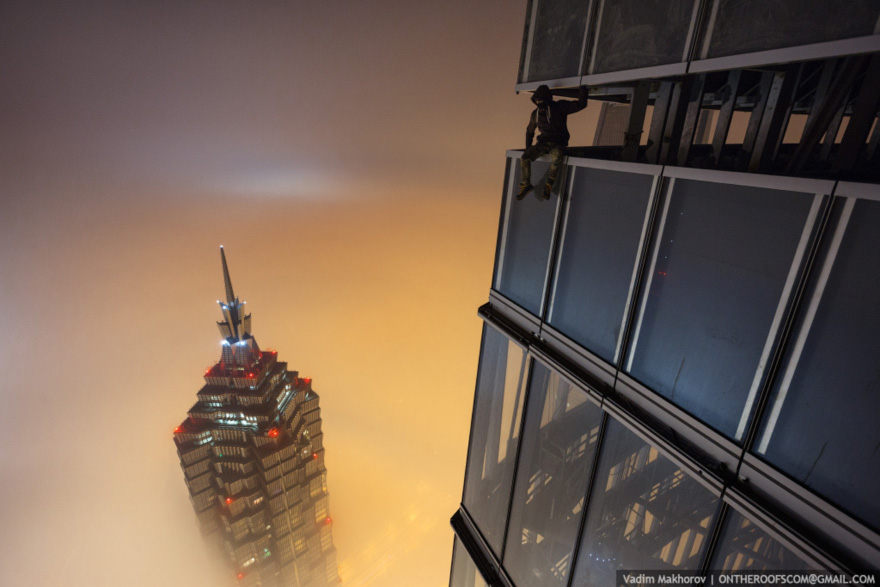 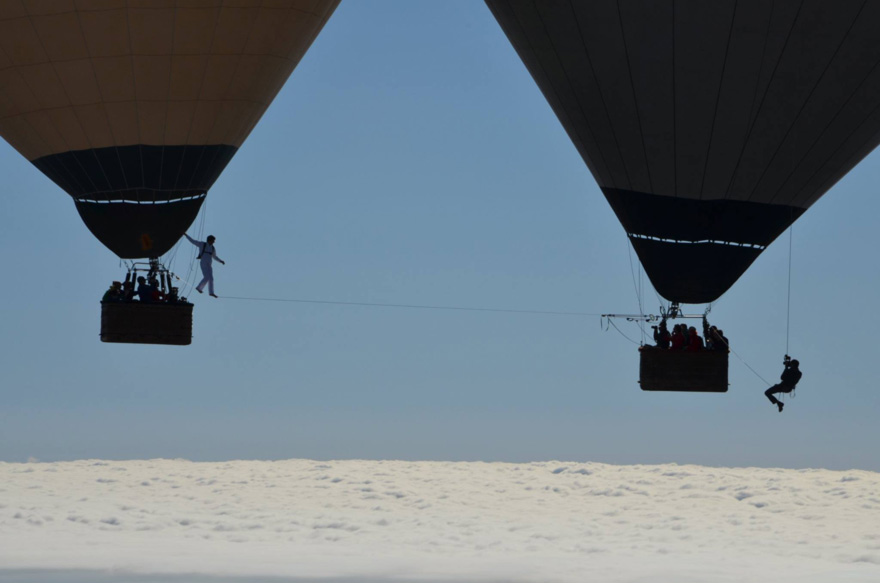 As a first generation Chinese-American living in NYC (the fabled Greater New York Combined Statistical Area has the largest concentration in the States), I have no excuse for not celebrating my cultural heritage during the most important holiday of the year. A low-key Chinese New Year party fit the bill for me, but a pair of Russian "sky-walkers" took it to the next level and then some. It turns out that the major holiday was the perfect window to infiltrate and summit the tallest building in China—and, of course, to document it with photos and GoPros.

Currently under construction, the Gensler-designed Shanghai Tower was topped out at 2,073 ft (632m) just six months ago and is on track to open in 2015. Along with the Jin Mao Tower and Shanghai World Financial Center (a.k.a. the Bottle Opener), the new supertall will anchor the city's Pudong business district—which was farmland 25 years ago, when it was declared a "Special Economic Zone" in 1993—and is second to only the Burj Khalifa in the international playing field. 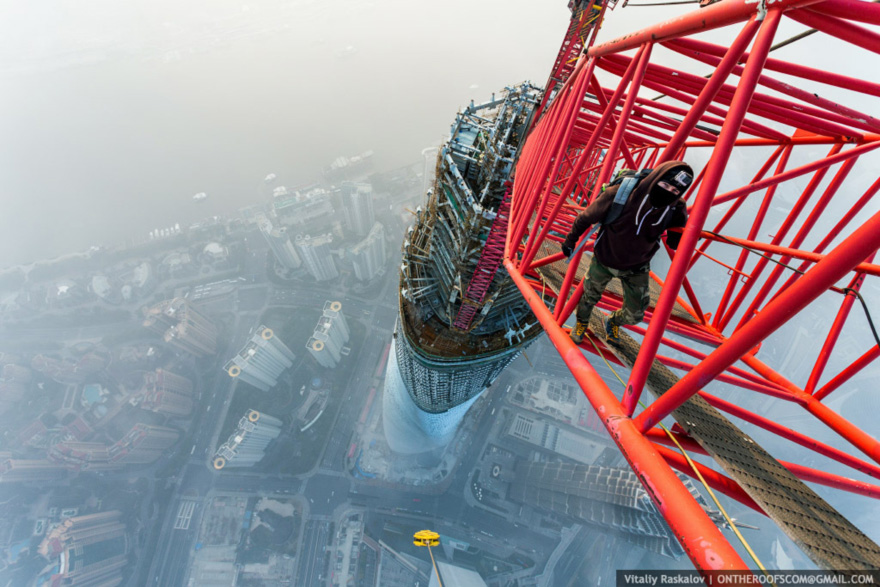 It reportedly took Vitaliy Raskalov, 20, of Novosibirsk, and his Moscow-based buddy Vadim Makhorov, 24, about two hours to climb the 121 stories of the edifice itself; they spent 18 hours there, waiting for the skies to clear before free-climbing the crane to its apex of 2,132 ft (650m). Makhorov told the Telegraph that "we didn't get any sleep for over 24 hours, it was physically and mentally challenging for the both of us."

We had to wait for hours for the clouds to part, but it was well worth the wait, the view was like something from an aircraft window. As soon as we saw a gap in the clouds were climbed right to the top of the crane and were able to get some great shots of the city below. We were not afraid at all and we have never had any injuries as a result of our sky walking.

As a result of our 'mission,' Our target was to climb the highest tower in China and the seconds highest in the world, it felt amazing to accomplish it, the sky is the limit.

Wow. Such great heights. Very vertiginous. Much machismo. So epic. 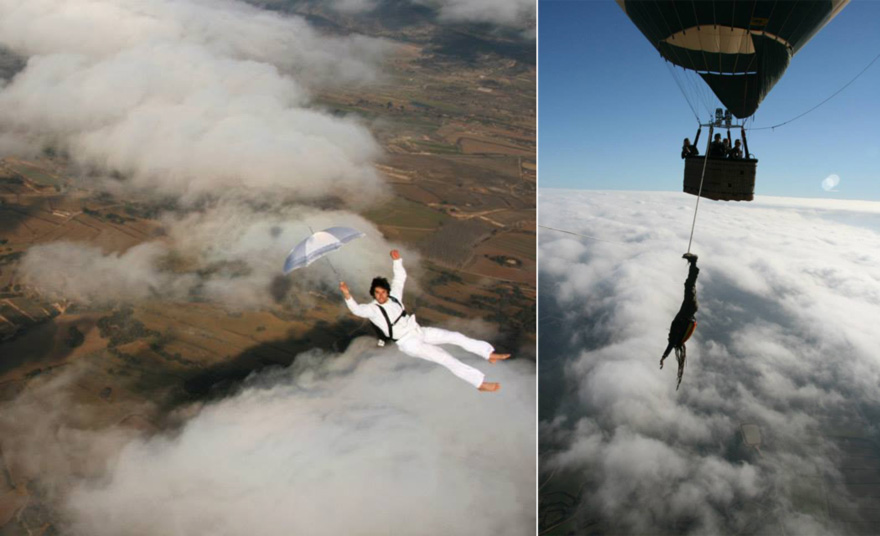 Meanwhile, a crew of crazy Frenchmen known as the Skyliners recently tried their hands feet at a never-before-attempted tightrope crossing between two hot air balloons.

If you're not dizzy or nauseous with vicarious vertigo by now—let's call it "Vertigopro"—here's the trailer for I Believe I Can Fly (Flight of the Frenchies), a full-length documentary by filmmaker Sebastien Montaz-Rosset (the man behind the camera for "The Balloon Highline").