Nike to Release Marty McFly's Back to the Future 2 MAGs--With Power Lace Feature! 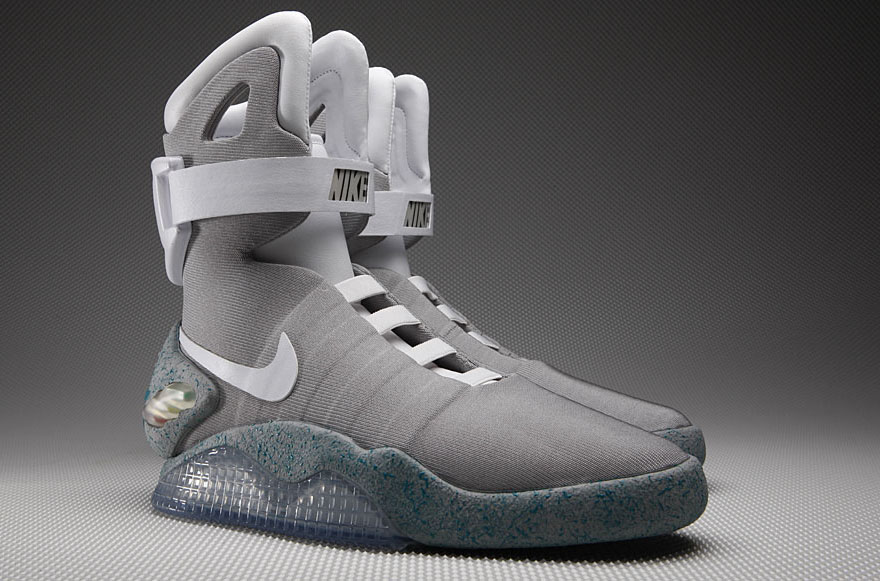 In 2011 Nike released the Nike MAGs, based on the design of the kicks Michael J. Fox wore in Back to the Future 2. Supply of the limited-edition sneakers were constrained to boost value, as proceeds were sent to the Michael J. Fox Foundation for Parkinson's Research, netting some $6 million.

While the production MAGs looked like what McFly wore in the movie, they lacked the cool self-lacing feature dreamt up by an imaginative designer (possibly the movie's Costume Designer Joanna Johnston, Production Designer Rick Carter or Art Director Margie Stone McShirley). However, the sneakerhead corner of the blogosphere is currently abuzz with fresh news: Nike designer Tinker Hatfield was quoted at a recent event on whether the MAGs would be re-released for 2015, the year that McFly wore the kicks in the movie. Here's the one sentence of Hatfield's making the rounds:"Are we gonna see power laces in 2015? To that, I say YES!"

If Hatfield's true to his word, by next year we may be seeing real-life versions of this scene:

Nike to Release Marty McFly's Back to the Future 2 MAGs--With Power Lace Feature!