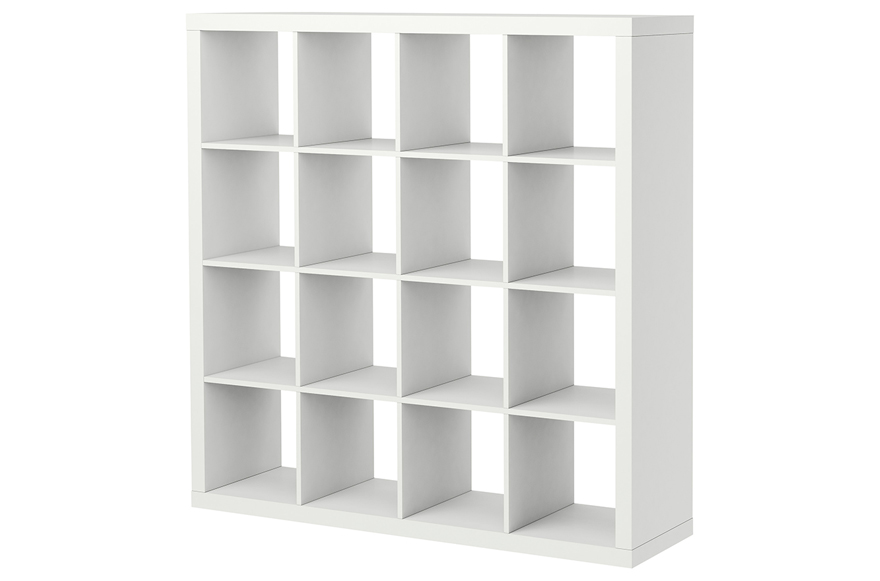 When we say Ikea has two furniture lines for the record books, we mean they've got one for the records and one for the books. While the Billy is the world's best-selling piece of furniture for housing printed tomes, it is the grid-like Expedit that is the record collectors' essential buy, second in importance only to their turntables. And it's no surprise why: The individual Expedit compartment's standard, relatively narrow 13.25" width and stacked verticals provide the support needed for heavy vinyl. Those with LPs stored on more conventional, longer-span shelves typically experience more SAG than a Hollywood film production.

So it caused communal dismay when a record collector learned that IKEA was discontinuing the Expedit in his home country of Germany, the first to lose the line; upon posting his concerns to IKEA Deutschland's Facebook page, he received confirmation that come April, the Expedit will be kaput.

A replacement has been promised: The Kallax, which seems identical to the Expedit, yet has thinner sides and rounded edges (purportedly for the safety of children!) 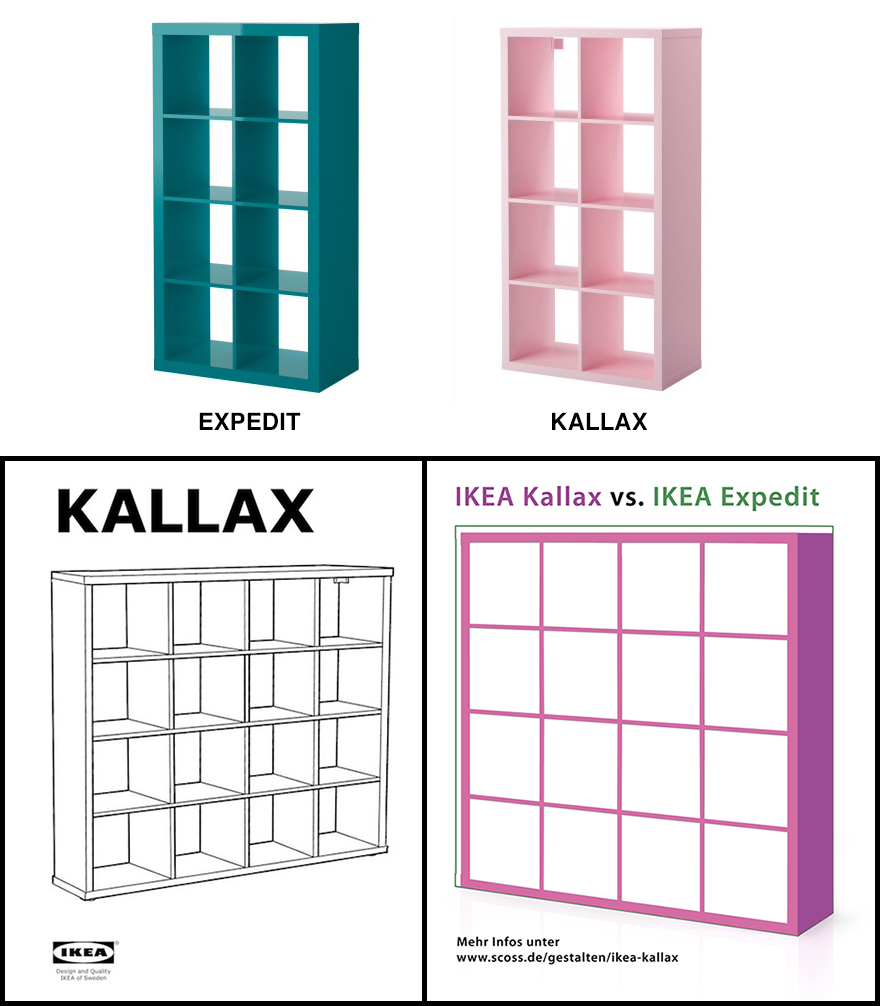 So it looks like the switch is cost-based, as IKEA wants to use less material. But they claim that the Kallax, despite being a centimeter thinner on all sides, will actually be sturdier than the Expedit, and will have compartments of the same size as its predecessor. However, the reported lack of a 5×5 unit—a must-have for dense collections—has Expedit users up in arms.

A futile Facebook movement called Rettet das IKEA Expedit Regal ("Save the Expedit") has cropped up, with fans sending in photos of their various... Expeditions and urging IKEA to come back to the light. Er, heavy. 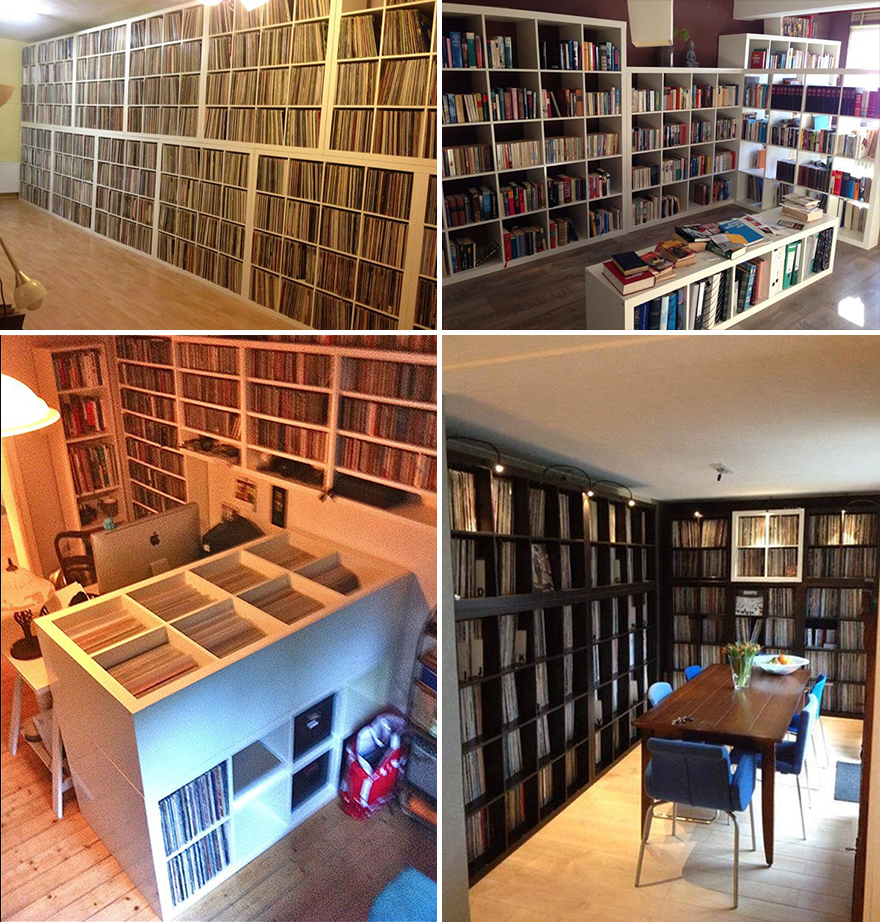 Word of the Expedit's imminent demise spread quickly from Germany to the UK, and thence to the US, as IKEA's global distribution means that what happens in European showrooms will eventually happen in the rest of the world. An English-language Facebook campaign called "Save IKEA's Expedit" popped up just yesterday, and if I know my vinyl nuts, it will quickly become populated. Because if there's one group of people that demonstrably does not like change, it is record collectors... or else they would've switched to CDs and MP3s.