What Happens When You Play a Record Player That's Submerged in Water? 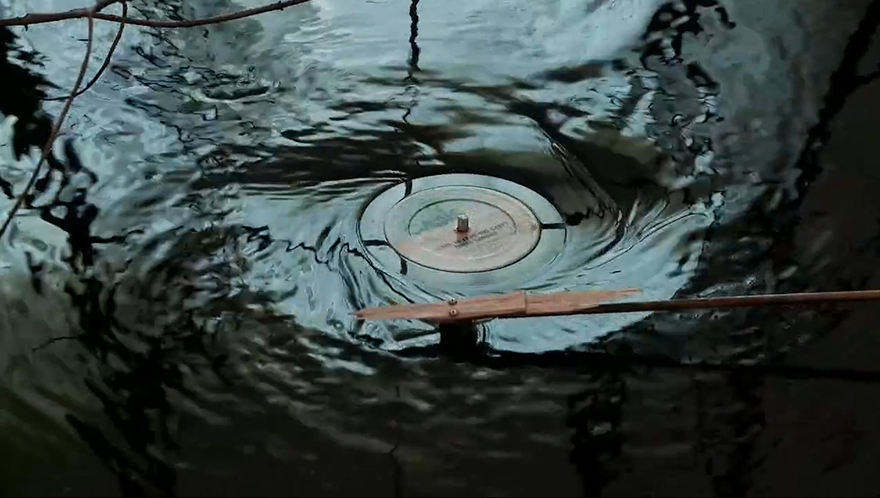 Part performance piece and part product abuse, California-based artist Evan Holm's "Submerged Turntables" installation does, well, what it says on the tin. Holm built a sort of woodland-themed installation in his studio, complete with trees and a small body of water, then broke everything down to truck it over to the SFMOMA's atrium, where he was invited to re-install it and perform.

This first video isn't of the SFMOMA atrium, but does reveal what a record sounds like when played underwater:

Try doing that with an iPod.And we're joking about the "product abuse" part, of course; Holm has a rather more profound reason for spinning in liquid, as his statement on the project describes:

There will be a time when all tracings of human culture will dissolve back into the soil under the slow crush of the unfolding universe. The pool, black and depthless, represents loss, represents mystery and represents the collective subconscious of the human race. By placing these records underneath the dark and obscure surface of the pool, I am enacting a small moment of remorse towards this loss. In the end however this is an optimistic sculpture, for just after that moment of submergence; tone, melody and ultimately song is pulled back out of the pool, past the veil of the subconscious, out from under the crush of time, and back into a living and breathing realm. When I perform with this sculpture, I am honoring and celebrating all the musicians, all the artists that have helped to build our human culture.

For those who want to see the full process of breaking down a studio creation, then trucking it to a museum and getting it ready for showtime, Holm also released this video revealing the process. It's narration-free, but shows you something you rarely get to see—the work artists do to transport and assemble: