In the Details: Making a 3D-Printed Product Line That Doesn't Look Like It Was 3D-Printed 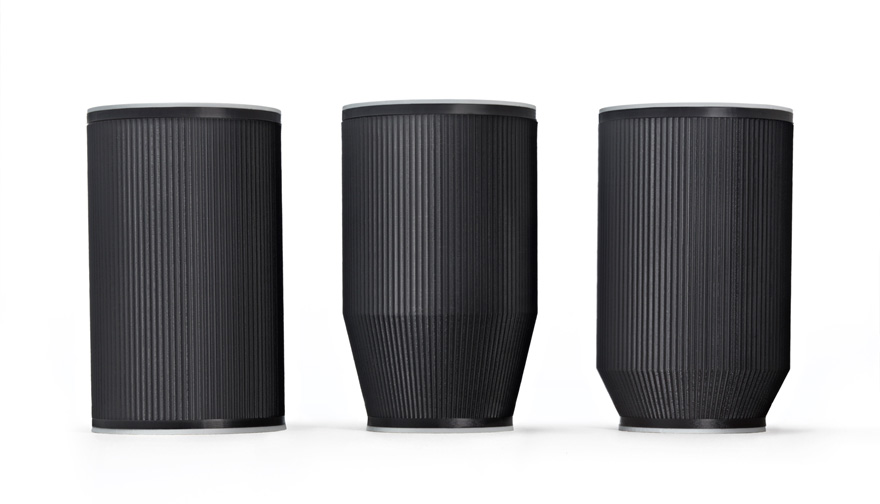 While desktop 3D printers have made rapid prototyping at home as easy as the push of a button, that accessibility comes at a price—a much lower level of quality than with traditional manufacturing methods. As a result, desktop 3D printing is still not a viable option for making finished products. At least, that's the general assumption—one that the New York-based Italian designers Barbara Busatta and Dario Buzzini hope to challenge with their Machine Series, a line of containers that are ready for use hot off the printer.

Busatta and Buzzini's collaboration was born out of a promise to do a project together each year under the studio name ICOSAEDRO, each time focusing on a specific material or craft as part of a joint effort to learn a new methodology. For their inaugural effort, Buzzini, a design director at IDEO, said that he and Busatta, a freelance art director, were drawn to the "artisanal process" of Fused Deposition Modeling (FDM), a 3D-printing technology that involves melting plastic filament and extruding it layer-on-layer to build a form. 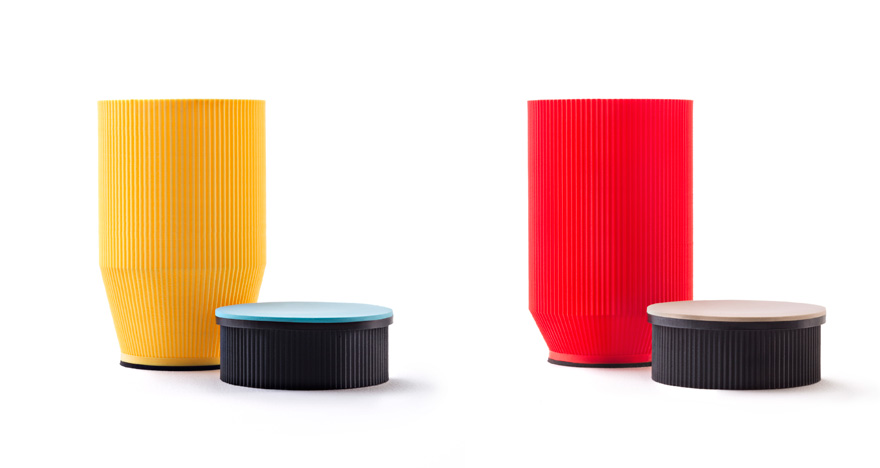 The Machine Series includes five containers with lids. There is a black version in three different shapes (top) and red and yellow versions (above).

Until now, FDM has not exactly been a fount of high-end product design. "FDM nowadays is a synonym for tchotchkes and miniatures for Yoda busts," Buzzini says. But he and Busatta felt that there was an opportunity to bring a new level of craft to an imperfect technique, noting that "it felt like the right starting point to express our point of view on what could be a way to bring craftsmanship into the future."At first, Busatta and Buzzini experimented by printing out basic shapes, gradually working up to more organic and more complicated forms. Along the way, they became familiar with the key factors that influenced the final result, including the material itself, the quality of the 3D model and even the local microclimate (environmental temperature alters the way the plastic warps upon cooling). "With a lot of trial and error, the machine was 'suggesting' to us what shapes, proportions and paths were most efficient and consistent to print," Buzzini says.

The duo had two main technical difficulties they had to take into consideration: flat surface warping and product surface finish. Melted ABS plastic changes with varying temperatures from nozzle to hot plate. Because of that, the "seam" defined by the tool path inevitably shows on a finished product. Ultimately, Busatta and Buzzini chose to embrace those flaws and incorporate them into the design. "That's when we came up with the 'squiggly line' cross-section of the products," Buzzini says, referring to the vessels' distinctive ribbing, which creates a squiggly line in cross section. "The seam is still there but it's hidden in the design of the surface. It's a simple trick that made the product look much more polished." 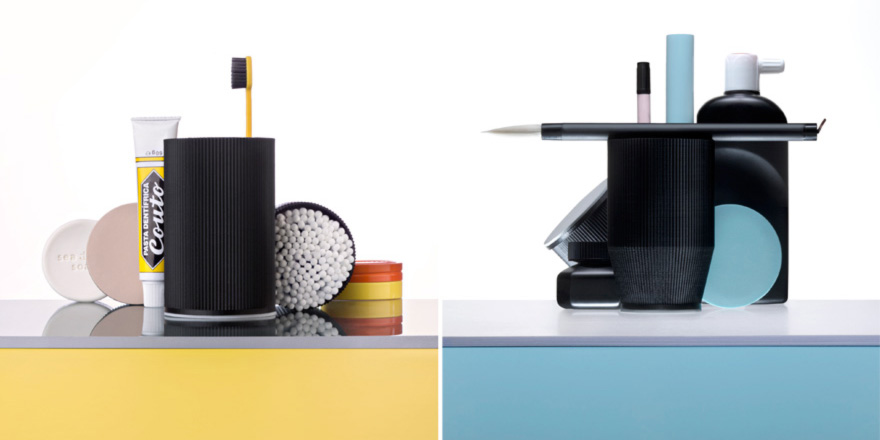 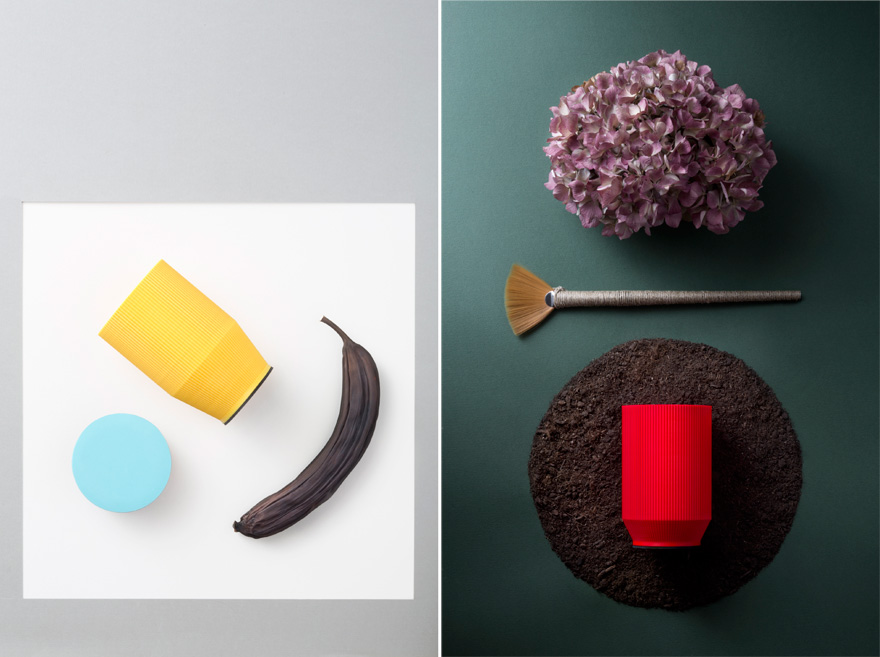 But even with that ribbed surface—and with a wall thickness of nearly two millimeters, which further helped with the warping problem—Busatta and Buzzini had to concede that there was no way to have a FDM product look perfect from every angle; in this case, the top and bottom of the containers still looked unfinished. So the team chose to cover the base and cap of each piece with an EVA layer glued on after the 3D-printing process.

The entire process takes, on average, a little under seven hours before a complete set from the series is ready to ship (six of those hours are spent printing). Interested parties can order the Machine Series containers individually or as sets for around $42 apiece. If that price is too steep, consumers with desktop 3D printers can opt to print their own versions at home—in "an invitation to open design," Busatta and Buzini have posted all of the product files on their website.

In the Details: Making a 3D-Printed Product Line That Doesn't Look Like It Was 3D-Printed