Most of the quilts I've seen in the past year have been hanging on walls as artwork in a museum or studio. After all, spending hours weaving a blanket by hand is now considered to be a craft, a quaintly outdated one, perhaps, but one that still has many practitioners to this day. (Trust me—I lived with a quilting editor for a year.)

Stephen Sollins is one of those people. Though I can't really say that he fits the stereotypical grandmotherly image of a quilter—Sollins chooses to forgo soft floral fabrics for patchwork masterpieces made out of Tyvek mailing envelopes. 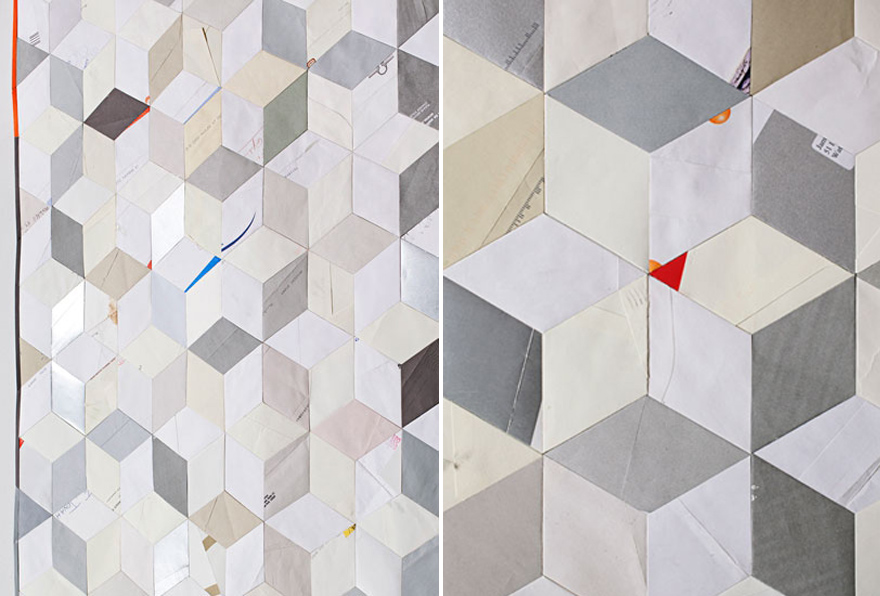 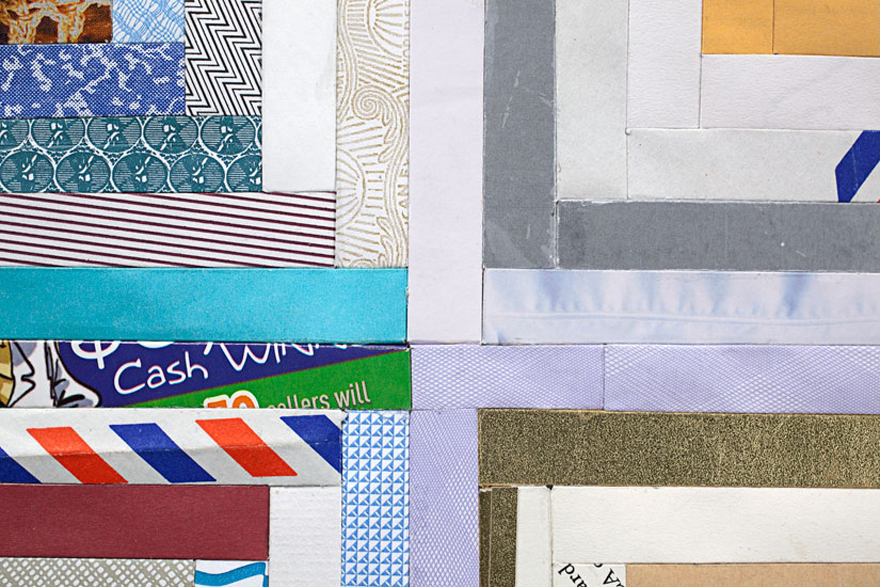 Sollins incorporates traditional quilting patterns into his paper creations—c'mon, you didn't think that "Grandfather's Garden" was some kind of grand artistic statement, did you? Although "Return to Sender" is kind of perfect. Check out more of Sollins' work on his website. 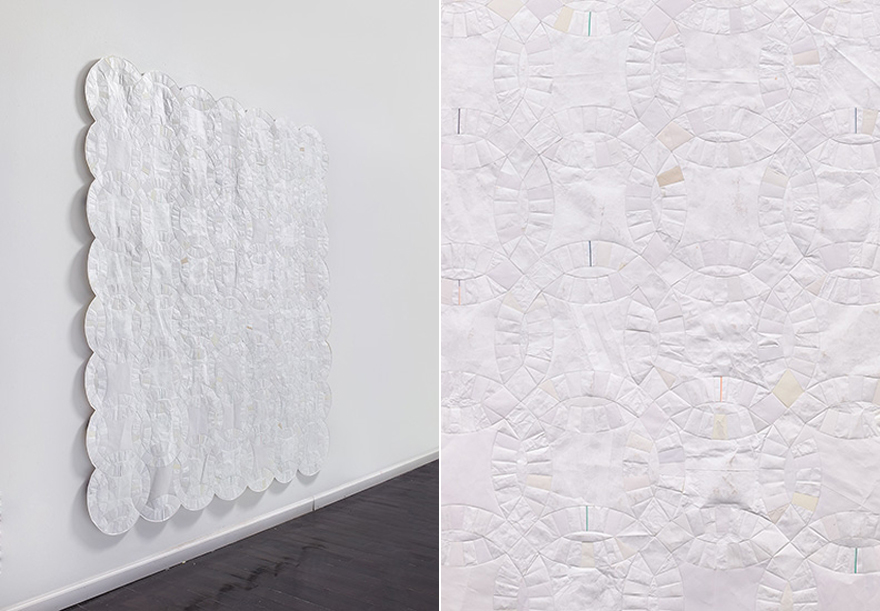 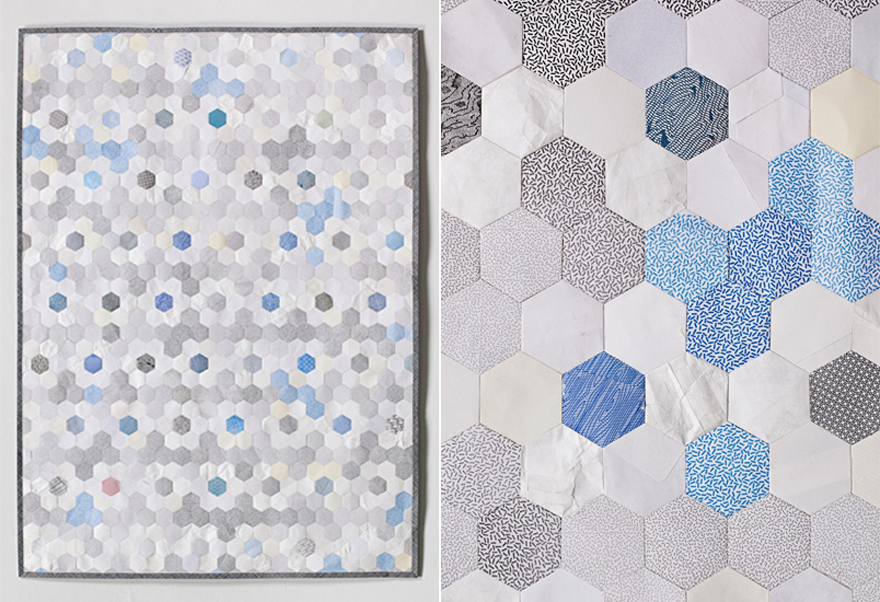 Via It's Nice That