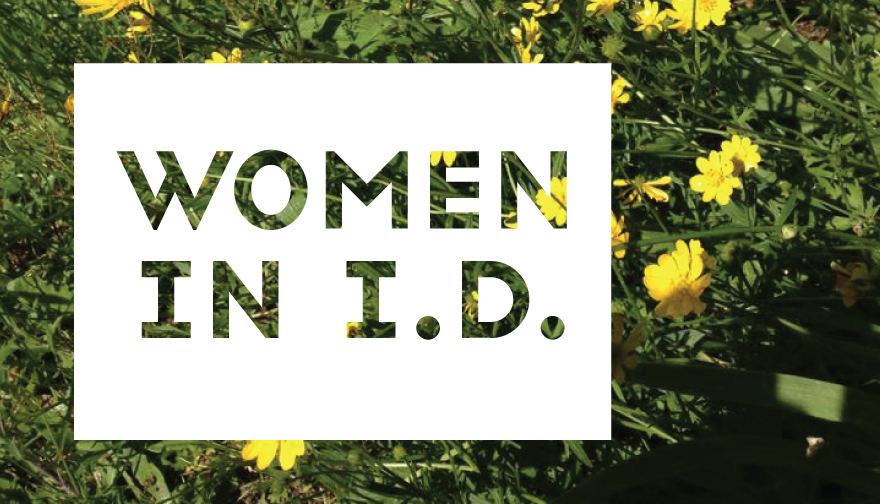 In the original story, we referred to this as the first ever show highlighting women's role in ID. We apologize for the mistake and acknowledge that there have been previous shows featuring outstanding work from female ID'ers. We're excited to share another great exhibit shining light on the growing community.

Ti Chang, co-founder of Crave and industrial designer, is working on a movement. While women have been quietly kicking ass in the ID department for years, there hasn't been a whole lot of coverage on the phenomenon (although, our forums did host a discussion on the movement back in 2012). This write-up from GOOD—as penned by our very own Core77 Design Awards Writing & Commentary jury captain, Alissa Walker—is a great look into the issue. After realizing the underrepresentation in the form of a Wikipedia list, Chang has been working to create a "Women in ID" show to debut at this year's San Francisco Design Week—and she's looking for designers. More on getting involved from the website:

For one night only, the show will feature 15 designers in two categories—Up+Coming and Professionals. The work can be conceptual, in full production or anything in between. WID's hope is to showcase a wide scope of industrial design work by women in various stages of their careers. Ladies, you know you rock. This is a great opportunity to showcase your work and meet your peers during the excitement of SF Design Week.

Get more information on how to submit your own work here before March 10th for a chance to be featured. To get a better feel for the event and what attendees can expect, read on for our questions and Chang's answers. 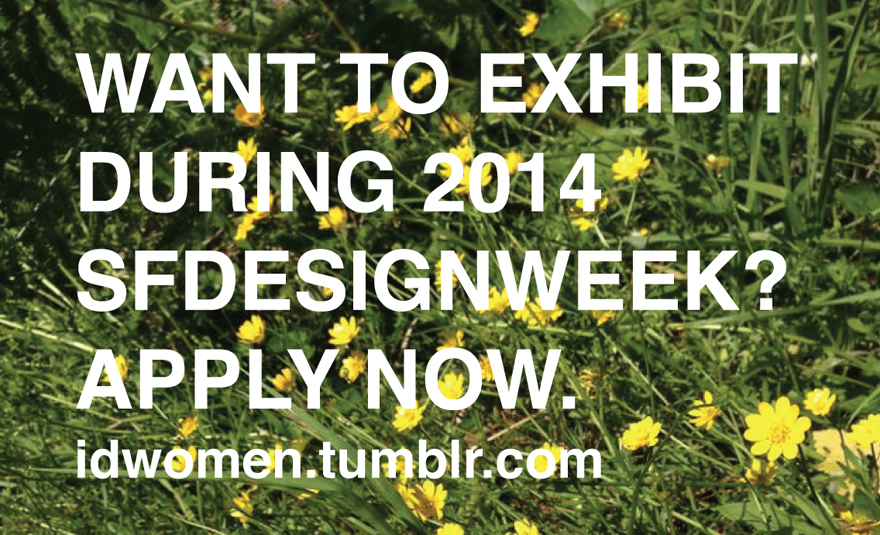 Core77: Where did the idea for the Women in ID Show come from?

Ti Chang: After meeting one of my design idols Betony Vernon last year, I decided to look up other women in industrial designers of our time (preferably still living) so I went to Wikipedia's page "List of Industrial Designers" and realized that there wasn't a single woman industrial designer listed. Eileen (Gray) Eva (Ziesel) and Ray (Eames) were at least listed in their times; De Stilj, Art Deco, but there weren't any listed in our Post Modernism contemporary era—which was a total shock to me. Since there have been more women entering the workforce since 1950's, why are they not recognized? I actually made my first Wikipedia entry right there and added Betony Vernon as well as Belle Kogan and Greta Von Nessen.

This is a long winded way of saying, the underrepresentation of Women in Industrial Design in the media is what inspired this show.

Considering the obvious underrepresentation, have there been events like the one you're putting on?

What can people expect at the event?

First, I hope the event will help to build awareness of Industrial Design as a profession and its ability to create the physical world around us. It is amazing that most people are not aware that the profession exists! I can't tell you how many established industrial designers I've met who accidentally stumbled onto industrial design serendipitously in college—often times because of a roommate who was an industrial design major or they happened to walk into an ID studio in college.

Secondly, I hope people will be surprised and wowed by women's take on industrial design that is smart, beautiful and functional. Mass production of products using modern day processes such as injection molding, die casting and advance electromechanical systems is very different from the days of ceramics and craft work where industrial design had its roots. It is important to explore women's take on the design of today's products and to provide a showcase for their work.

Each designer will have multiple pieces of their work shown and we hope that many designers will be present at the show to interact with attendees and discuss their work. Through this rich engagement, we hope that the attendees walk away with a richer understanding of industrial design and women in the profession. 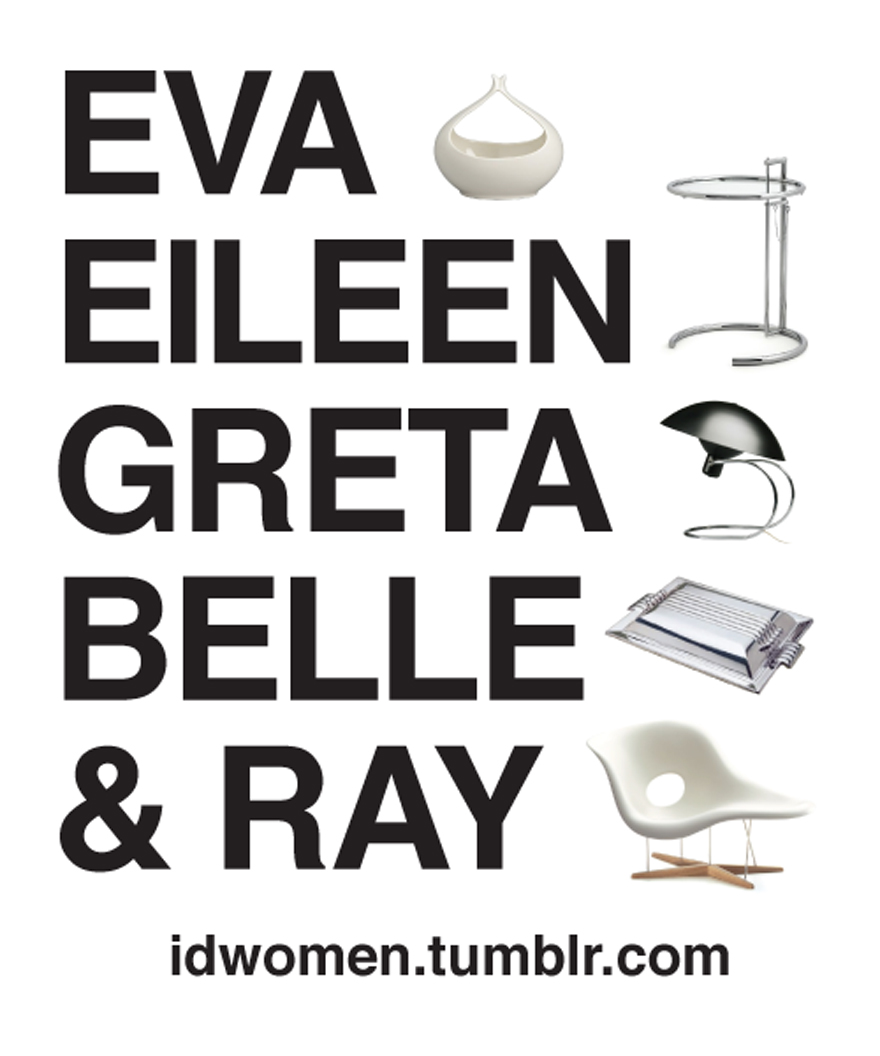 Has this been a long work-in-progress? Were there any obstacles?

This has been almost a year's work in progress, it started at my SF meetup group and it just grew from there. I honestly did not encounter any obstacles—IDSA and WiD have all been super supportive from day one. The underrepresentation of women in industrial design is not a new issue and there is a general enthusiasm to change that.

What will attendees bring away from this event?

My hope is that the attendees will be delighted to discover a different take on industrial design—another aspect that we don't see that often—at least not in the media. We hear about great industrial designers such as Jony Ives and Yves Behar, but stories of Isabelle Olsson (lead designer of Google glass) are extremely rare. As I started to really ping my network to research what's going on with women in industrial design, I found that it's not that they don't exist, they do! They are just not highlighted for whatever reason, so I hope the attendees will be inspired by women designers of our time. For the designers we showcase, I hope they will make lasting connections with their colleagues as well as gain a job or project offer or two from prospective clients who may be in need of hiring.

Can you give us an idea/hint of the kind of work that will be showcased at the event?

There will be two groups: Up + Coming (less than five years of experience, which includes student work) and Professional (five or more years of experience). The work will showcase the range of industrial design from soft goods and electronics to home goods and conceptual work. You will see design projects that are in production and available on the market plus designs that are works in progress.

How do you feel the community of women in ID has grown? What would you like to see happen?

The number of women in industrial design has been growing but as far as "active" communities I don't think there are too many. (And if you do exist please send me an invitation, because I'd love to join you!) I would love for the public and our own community to be able to identify strong women designers as easily as we say oh, "Yves Behar" or "Jony Ives" or "Naoto Fukasawa." Particularly now since hardware and software is colliding (think wearable tech) and it is so important to have perspectives from both women and men when great products are created.