Ever since spotting that unique, hinged toolbox that Matthias Wandel did a video of, we've been wondering where it came from. The German marque Würth can clearly be seen on Bruhn's box. The Würth Group is a Germany-based global wholesaler of tools and hardware, but it does not appear that they designed the box; a German manufacturer of cabinetmaker's tools callled E.C. Emmerich sells an identical box, as does hardware manufacturer Häfele.

Far as we can tell, it's a German company called Domini Design that actually designed the thing. They call it the Mobilo Box, and it comes in a variety of sizes. The Mobilo Box 43 is the smallest version, "suitable for managers," as Domini says (read: people who don't really need to get their hands dirty): 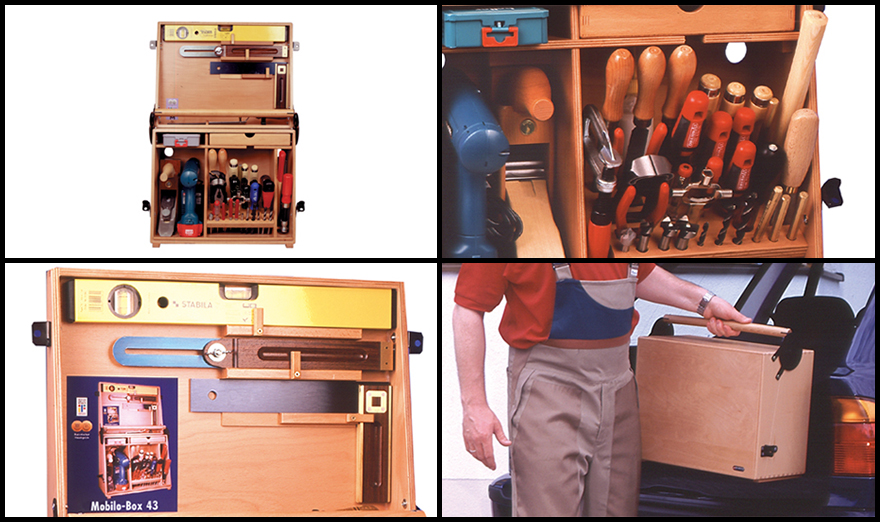 The Mobilo Box 53 is the standard size for actual workers. It's finished, like the other Mobilos, in beech plywood with powder-coated steel hinges: 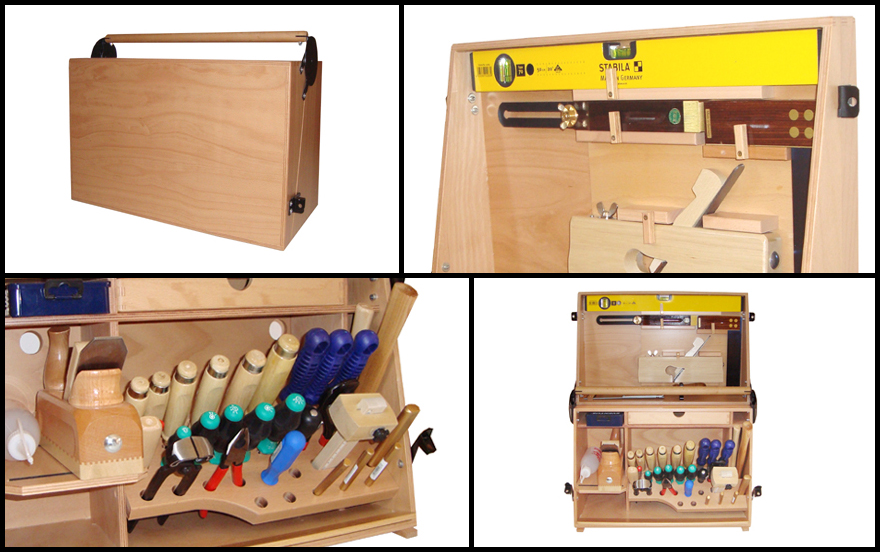 Big Dogs can step up to the Mobilo Box 63, which features a mounting strip so users can hang it on the wall or inside their truck: 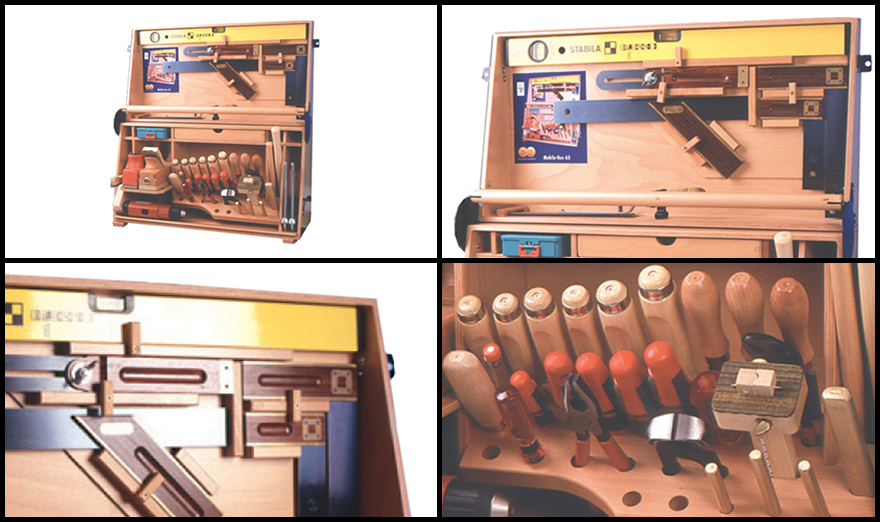 Going a step further there's the Mobilo Box 63 Classic, which is just like the 63 except it comes on a little rolling chassis for portability. This design was good enough to win it an iF Design Award: 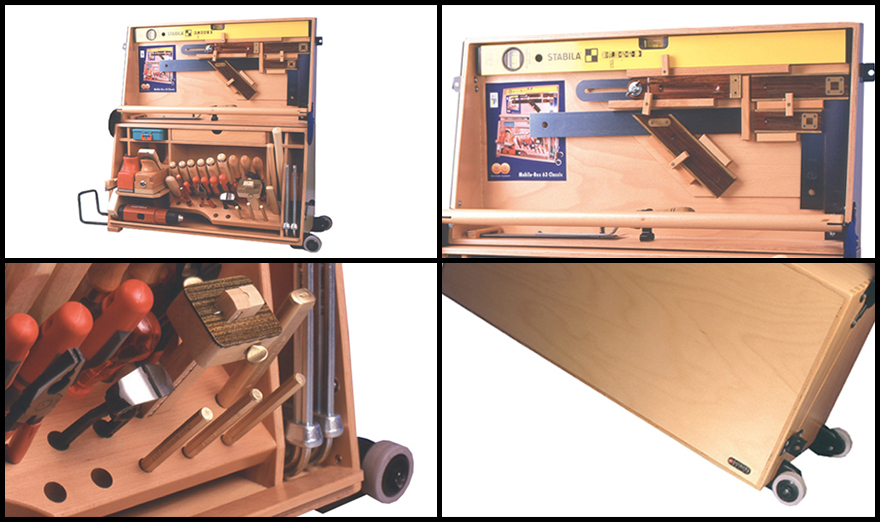 Buyers can opt to purchase the Mobilos unladen, or filled with tools from manufacturers recognized as "market leaders." Prices start at €203 for an empty 43, going all the way up to €720 for a tool-loaded 63 Classic. (That's in Europe, anyway; we were unable to find any American distributors.)

And now that we've properly attributed the thing...I've gotta say I like the Brazilian kids' version more.