'New' Ice Cream Packaging Technology is Not New, at All

Is the Huffington Post written and edited by teenagers? I was surprised to see, making the social media rounds, an article touting a "new" packaging technology for ice cream: Ben & Jerry's Cores, which combine several flavors together in the same container, keeping each separate but contiguous. The unattributed writer breathlessly refers to it as "[a] new (mind-blowing/world peace-solving) concept," wonders "What will Ben & Jerry's think of next?" and states "we can't believe no one has thought of this yet."Uh, someone has thought of this, and quite a long time ago. Never mind that those of us raised in 1970s and '80s America routinely saw supermarket aisles stocked with Neapolitan ice cream—which combines strawberry, vanilla and chocolate in vertically aligned strata—people in Naples had been making and eating the stuff for about a century prior. The three-flavor juxtaposition was invented sometime before 1885 by Italians hailing from Naples, the 19th century source of the world's premier frozen dessert confectioners. It was not cooked up in 2014 Vermont. 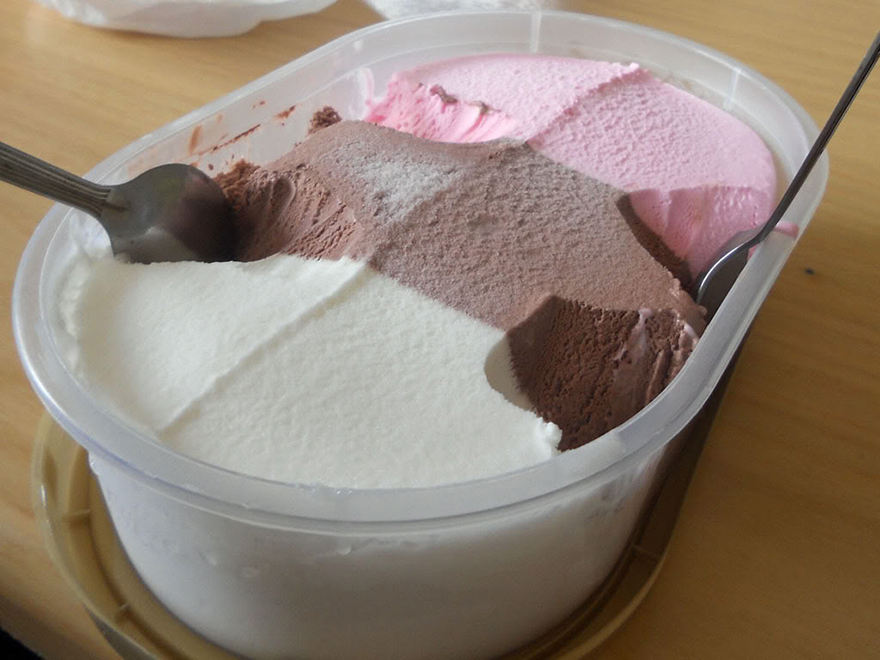 So "What will Ben & Jerry's think of next?" I dunno, maybe an ice cream sandwich? That would be crazy.

'New' Ice Cream Packaging Technology is Not New, at All