Design Indaba Conference 2014: New Talent from Around the World 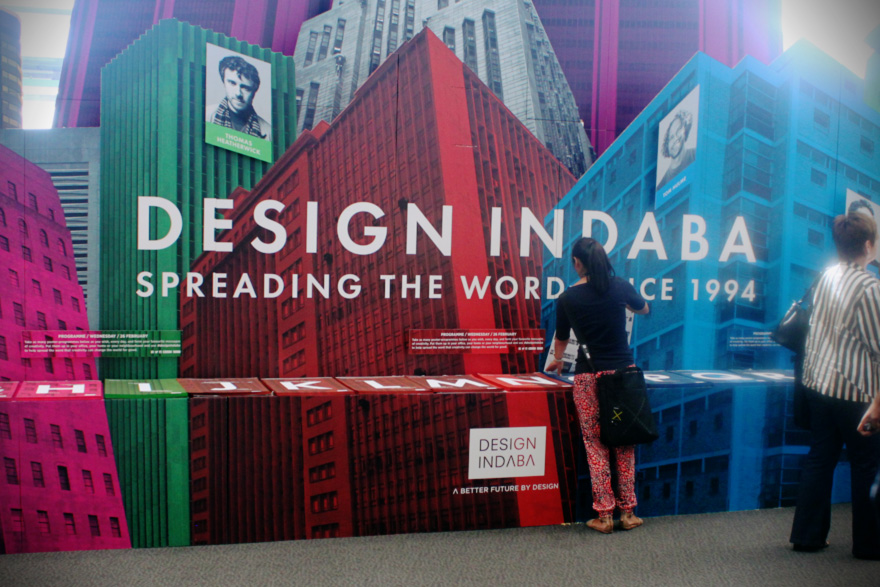 True to its mission to support young and emerging designers, last Wednesday saw the 2014 Design Indaba Conference offer its stage to seven recent grads hailing from as many design schools. Day One's Pecha Kucha segment featured a well-rounded cadre of new talent across a variety of disciplines in art and design, with each individual presenting a unique body of work with disparate style and appeal. 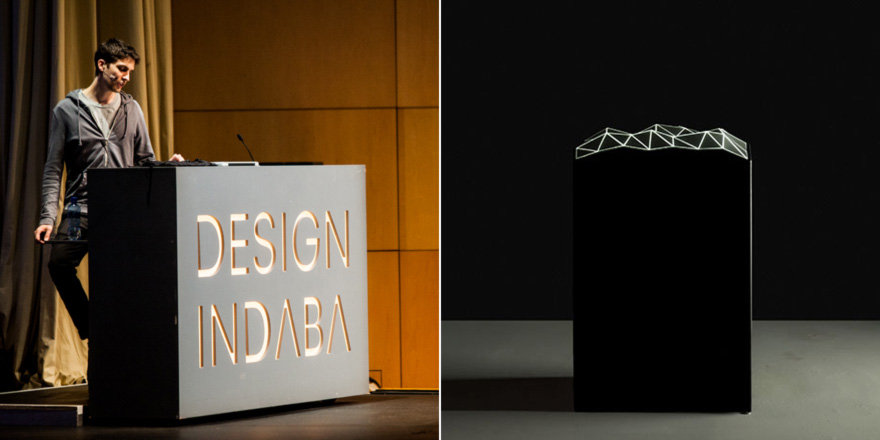 Mathieu Rivier kicked things off with a straightforward overview of his work as an interaction design student and researcher. Currently an assistant at his alma mater, ECAL, the University of Art and Design in Lausanne, Rivier explores interactive media such as projection mapping and installation art, among other projects. The Swiss native largely let his work, including "LightForm" and "Caveaux Bulles" ("Bubble Cellar", below), speak for itself. 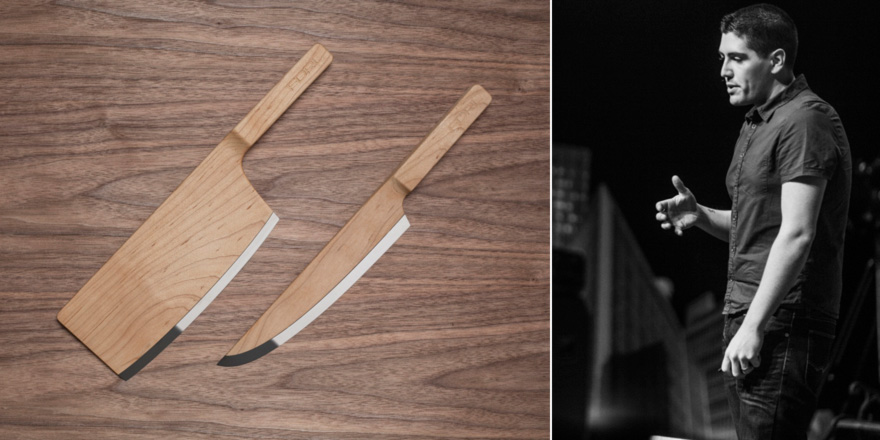 Ian Murchison of is another one to watch—indeed, we took note of his kitchen knives last year, his first stab (sorry) at "infusing materials into new product categories." Upon earning his B.I.D. from Ottawa's Carleton College in 2010, Murchison joined Research in Motion, where he'd interned as a rising Junior; as a full-time industrial designer, he worked on some 50+ products over two years or so as part of the accessory design team.

Murchison has since brought this experience back to Ottawa as one half of The Federal, the design consultancy and brand that he started with fellow former R.I.M'er Rohan Thakar (with whom he also shares credit for the knives). Beyond the company itself, he sees growth opportunities in Canada's capital city: Although Carleton attracts design students from around the country, graduates tend to gravitate towards Toronto. Thus, Murchison hopes to establish himself as a kind of first mover in the design community in the city of 1.2 million. 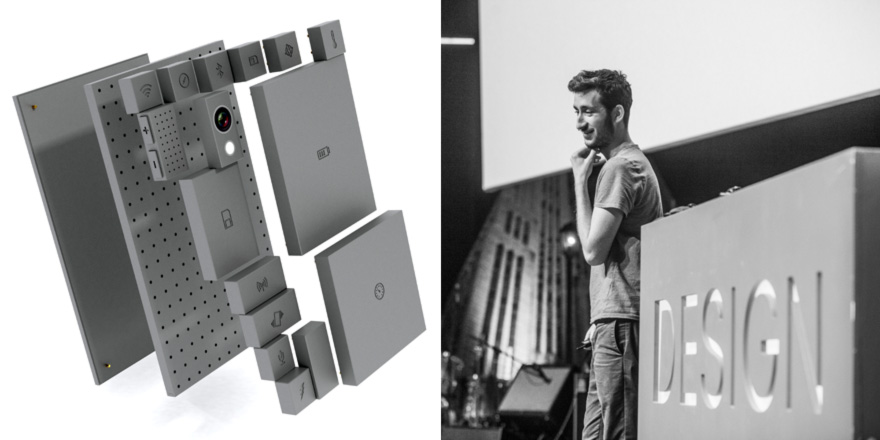 Where Murchison is currently concerned with practical problems—finding a space, dealing with overseas suppliers, etc.—Dave Hakkens is what you might call a big-picture guy. We've been following the Design Academy Eindhoven grad's work since we first came across his break soap concept, and, like Murchison, one of Hakkens' projects also happened to go viral last year. Unlike Murchison, Hakkens was courted by a hardware manufacturer only after he unveiled his project: The folks at Motorola were among the millions who caught wind of Phonebloks, but Hakkens politely declined their job offer. "It's not really my ambition to work at a phone company," he said, and is instead looking to remain independent as he develops a prototype of the modular smartphone.

I wouldn't go so far as to put him on par with Steve Jobs—for one thing, he shares the open-source/maker mentality of his peers—but Hakkens is certainly not lacking when it comes to big ideas. 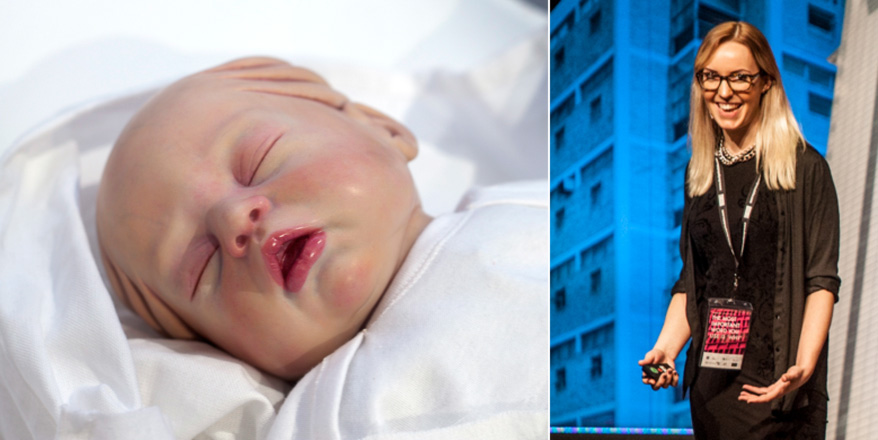 Agatha Haines of RCA offered an entirely different vein of the future. Her chipper demeanor reflected her abiding interest in "the possibilities of our body as another everyday material" and questioning "how far can we push our malleable bodies while still being accepted by society?" Those of you with weak stomachs might find her models and imagery a bit too realistic for comfort, but that's precisely the point. If, say, the notion of engineering a more aerodynamic skull seems to echo the atavistic notion of phrenology, Haines' "Transfigurations" offer everything from prognostication of societal needs (enlarged jowls to absorb more caffeine) to proactive adaptations to our changing environment (i.e. increased skin for heat dissipation in the face of global warming).

So too is it less a nod to eugenics than an open-ended investigation of how one might apply design to the field of health, wellness and medicine. In broader terms, her work bears a strong element of design fiction as an exploration of various near-future scenarios.

(On day two, Pentagram's DJ Stout shared the story behind a magazine cover featuring a woman with a cowboy-hat-coif; I couldn't help but wonder if this 'hat hair,' so to speak, could somehow be bio-designed in the future.) 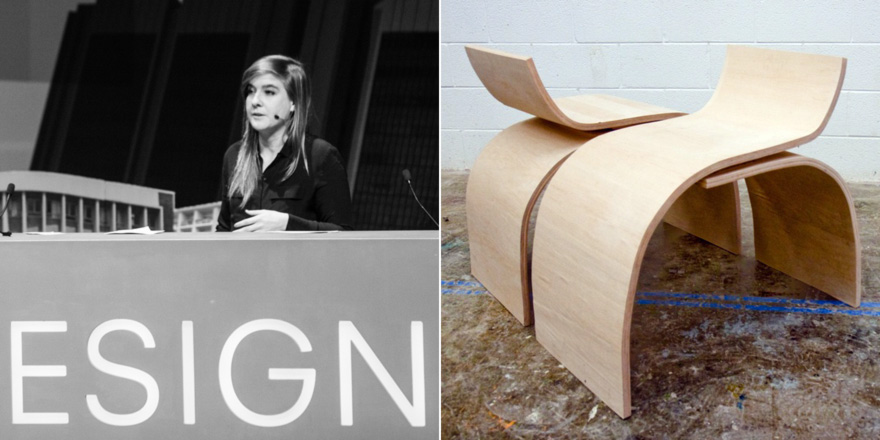 Rhode Island School of Design student (and sometime Core77 contributor) Teshia Treuhaft shared her thoughts on her first experience as a course instructor, bringing her longtime interest in seating design intersected to her fledgling efforts as a teacher. As her former supervisor, it was good to hear about what she has been up to since last summer as she looks to complete her MFA in Furniture Design in a few short months. While teaching a single course is literally the first step towards pedagogy, I wouldn't be surprised if education becomes part of her practice as her time as a "fake adult" (i.e. grad student) draws to an end.

Stefan Van Biljon's presentation was easily the most abstruse of the bunch (if not the entire conference), featuring both his thesis project for his architecture degree from the University of Cape Town and his current thesis project towards his Master of Architecture II at the Cooper Union. The former, "KL-Metamatic: Ghost Ship," is a hypothetical building project in a Cape Town shipyard, a dynamic dock and seawall manifold that serves as "a barometer for wider environmental issues." His current project "Military Urbanism" represents "an attempt to unearth the unconscious of Cape Town's urban divisions," which have historically been dictated by not only politics but the city's geographical features as well. 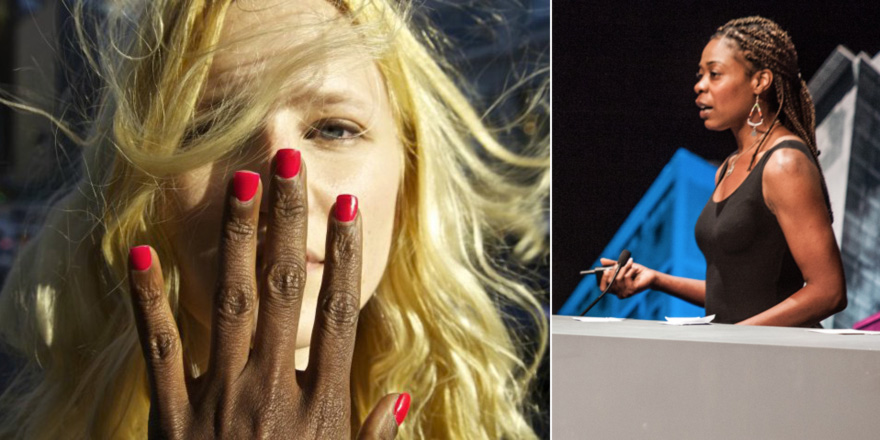 The veritable clean-up batter of the lineup, NYC-based photographer Joy Mckinney presented her work from her MFA studies at Parsons The New School for Design. The Alabama native moved to New York City for school and has no intention of leaving any time soon; indeed, the melting pot of, say, Union Square (the backdrop of much of the work she presented) lends itself to her socio-anthropological investigation into gender and race. Her approach is literally in your face, at times: from "First Glance," which documents a Korean woman painting her face black on a busy sidewalk, to "The Guardian" and "Touch Me," in which Mckinney took to the streets and touched strangers' faces (with and without permission, respectively), she demonstrates her willingness to break social boundaries in the name of art.

Design Indaba Conference 2014: New Talent from Around the World