Mathieu Lehanneur on Being Unpredictable, Working in Five-Minute Bursts, and Why His Eyelids Are His Most Important Tool 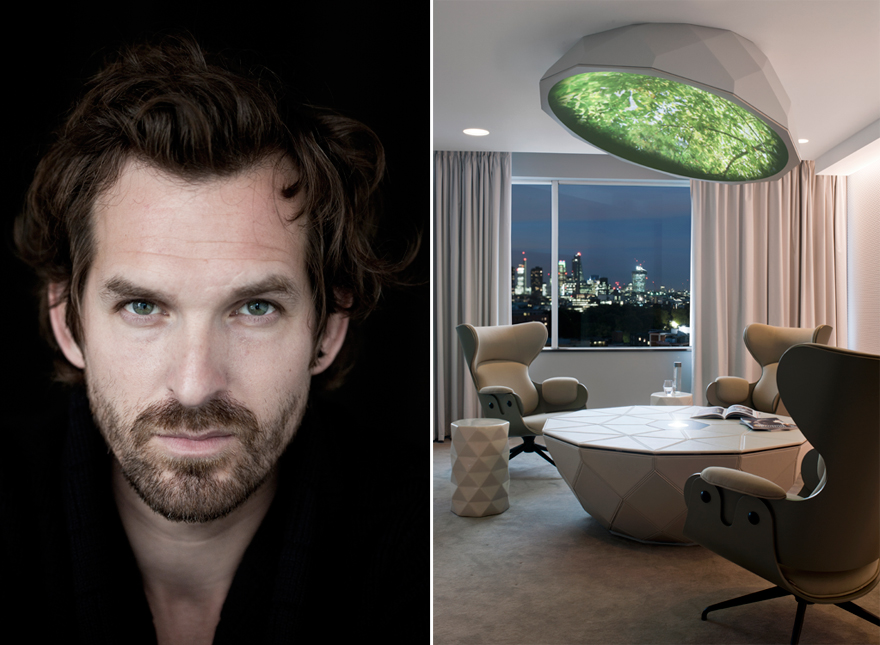 This is the latest installment of our Core77 Questionnaire. Previously, we talked to Misha Kahn.

Current projects: I just launched a radio for Lexon named Hybrid, and I'm working on new meeting spaces for Pullman Hotels. I recently won a competition for the interior design of the Grand Palais in Paris; that will be a project of maybe ten years in the works. I'm also working on new spaces for the luxury watch brand Audemars Piguet during Miami Art Basel. And I'm working on a project that will be launched next July in Cambridge, Massachusetts. It will be a place named Le Laboratoire that includes a cafe, a restaurant, a store, an auditorium and an art gallery. It will be just between Harvard University and MIT.

Mission: To be as close as I can to the human beings I work for, and not to consider them as "targets" or "consumers" or "clients" but as very complex machines—as human beings are—and try to find the best way to serve them. 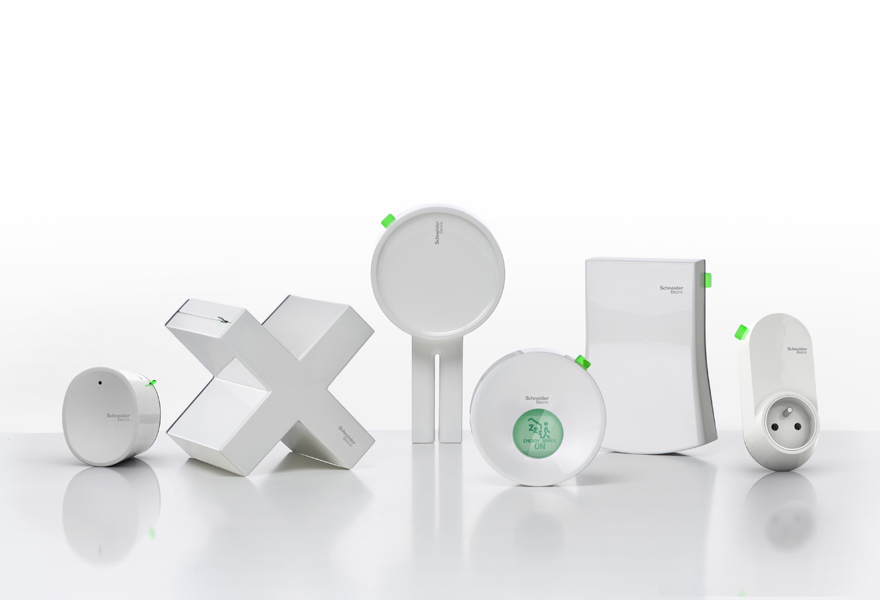 Wiser, a collection of devices that measure and manage household energy consumption

When did you decide that you wanted to be a designer? When I was probably 15 or 16. Basically, I wanted to be an artist, and my father was an engineer, so I decided to combine both visions.

Education: I went to design school in Paris, at École Nationale Supérieure de Création Industrielle (ENSCI Les Ateliers). I was supposed to stay for five years but I ended up spending seven years there.

First design job: Actually, the day after I graduated, I decided to work without any boss, because it's not easy to share vision. So my first job was as a freelancer for the Palais de la Découverte, a science museum in Paris. I was commissioned to design all of the interactive devices for explaining astrophysical phenomena to the public.

Who is your design hero? Probably Buckminster Fuller. He was a thinker, a scientist, an architect, an engineer—a designer, basically. 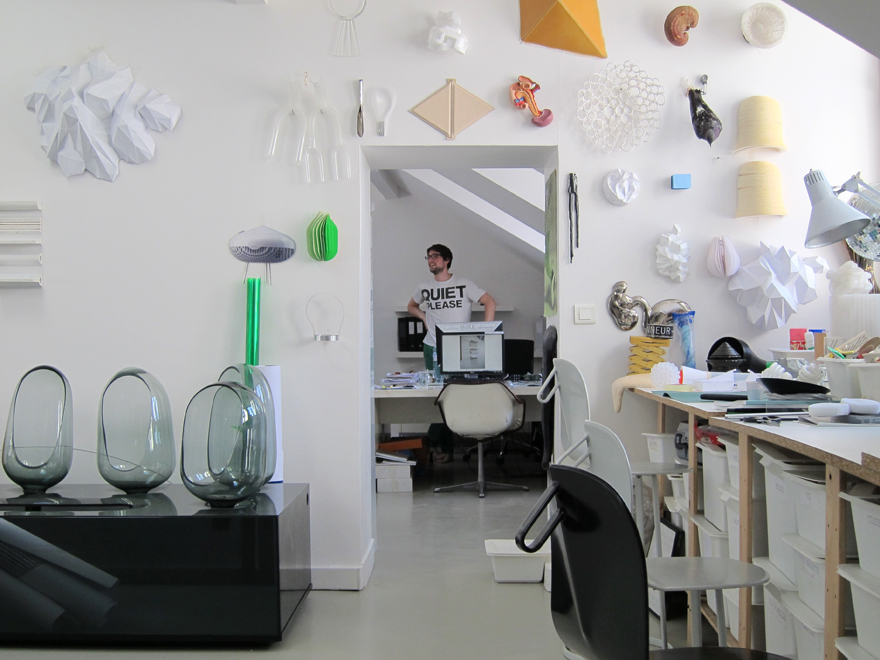 One of Lehanneur's employees in the designer's Paris studio 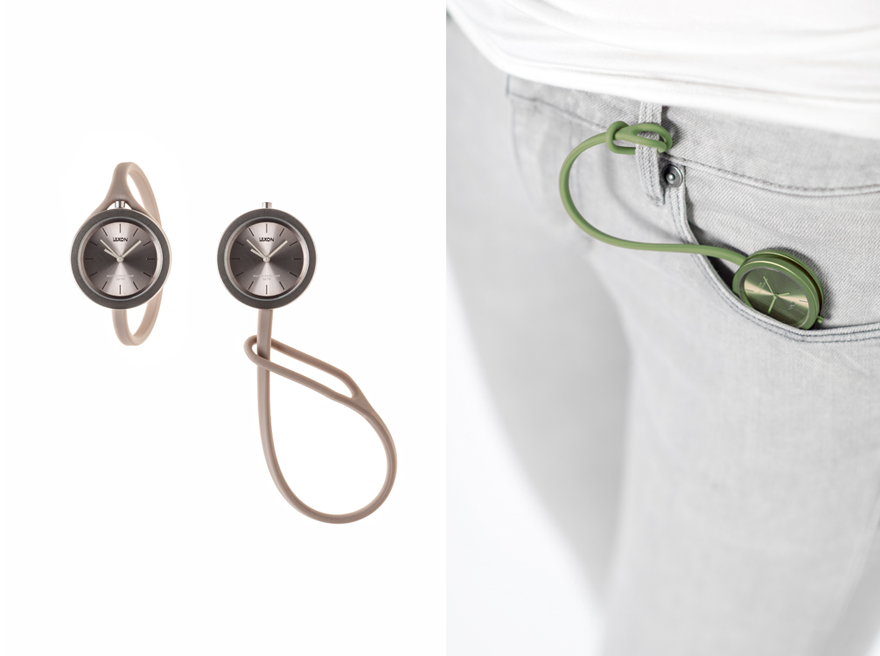 Take Time! can be worn as a traditional wristwatch or looped, pocket watch–style, onto a bag strap or belt loop.

Describe your workspace: It's white. It's full of light. It's in the sky, because it's on the top of a building in Paris. It's full of books, materials, prototypes, models—and full of ideas.

Other than the computer, what is your most important tool? You know, the computer is definitely not my most important tool; I spend less and less time in front of it. The most important tool is probably my eyelids, because basically I design the project with my eyes shut, without a pen or paper or the computer. Just by closing my eyes and using my hands and arms in space, to imagine the product or the space I'm working on—almost like a kind of Minority Report device, but without any technology.

What is the best part of your job? The moment after the very first meeting with a client, because this is a moment when your brain starts to play with ideas and concepts, and you do not want to control it; you let your brain do its work.

What is the worst part of your job? I guess you should ask my assistant about that. 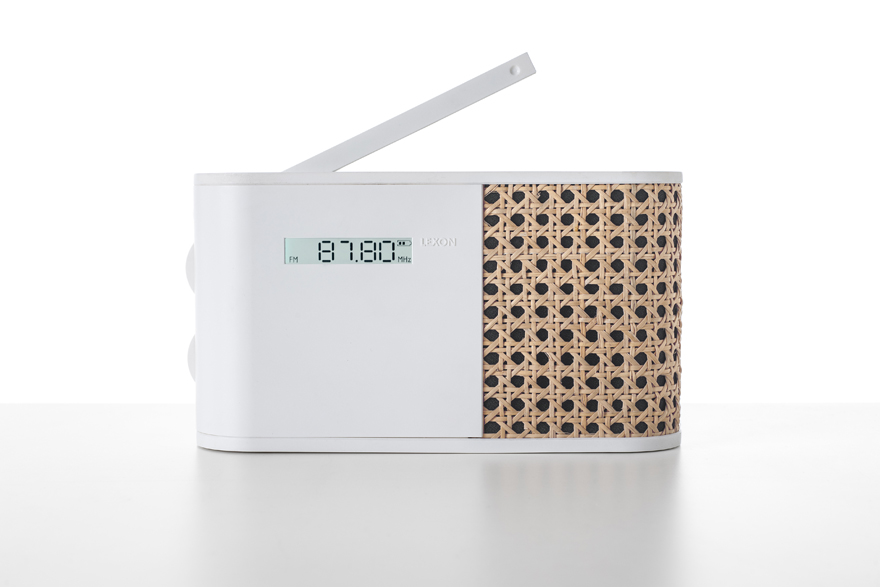 What time do you get up and go to bed? Generally, I go to bed after midnight and get up before 7:00.

How do you procrastinate? I do not procrastinate. I can't avoid doing my work because, if I do, the next day is going to be very tough. So I prefer to work every day.

What is the most important quality in a designer? For sure, it's being unpredictable.

What is the most widespread misunderstanding about design or designers? There are many things, but probably the main one is that, as designers, our expertise is supposed to lie in creating beauty. But according to me, we should be creating intelligence—and if we succeed, beauty will appear by itself automatically. 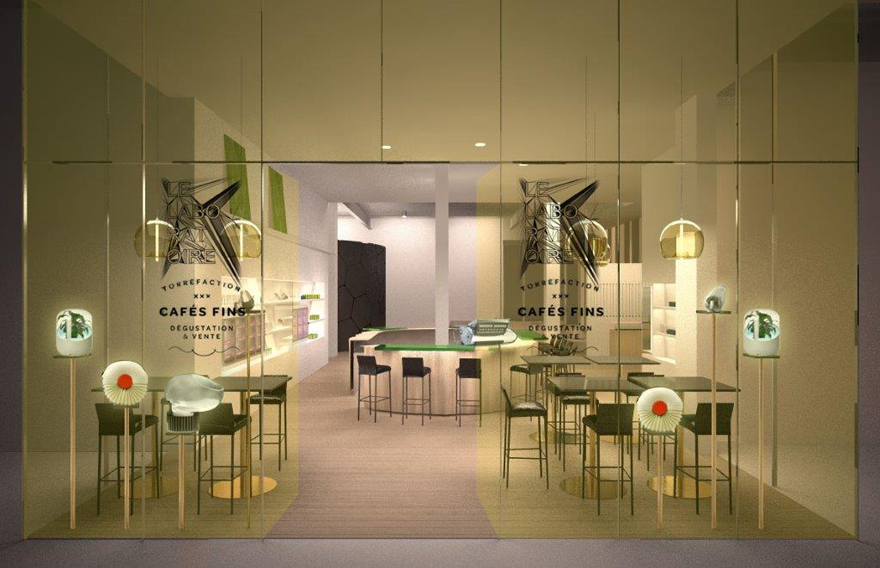 What is your most prized design possession? A signed Russian cosmonaut glove

What is exciting you in design right now? I don't know if it's in the world of design exactly, but right now some of the most exciting stuff is all of the research and new knowledge about the human brain. Researchers have made astonishing progress in a very short period, and it's going to be an incredible source of inspiration and information to know how the human brain works.

If you could redesign anything, what would you choose? I would choose a school. I'd like to redesign it from the building all the way down to the pens that students use.

Mathieu Lehanneur on Being Unpredictable, Working in Five-Minute Bursts, and Why His Eyelids Are His Most Important Tool