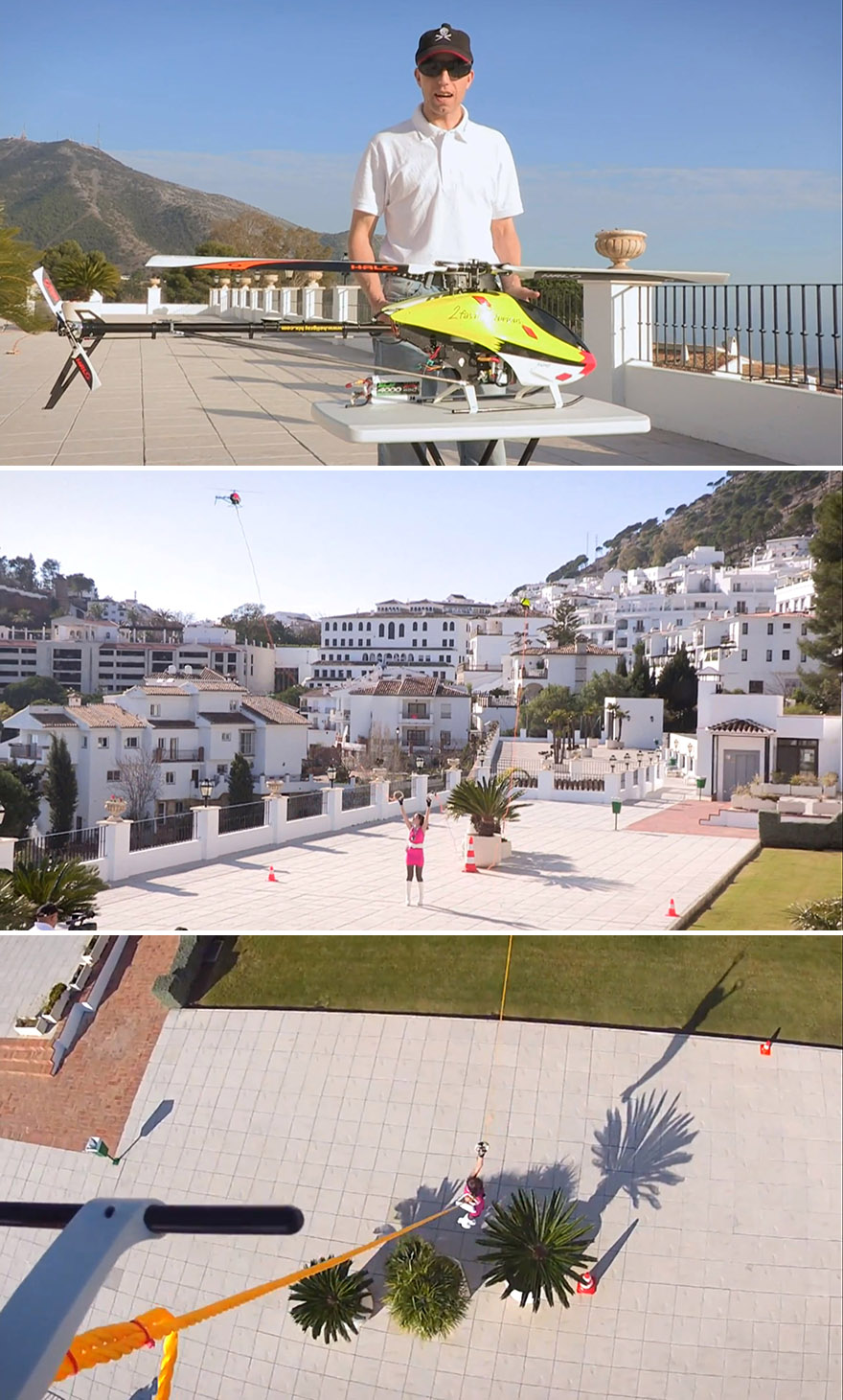 HeliGraphix is the name of a Germany-based collective of RC helicopter enthusiasts who document their stunts online. The group's latest project, H.U.L.C.—that's "Heavy Ultra-Lifter Crane"F—sought to achieve what no one yet had: The ability to lift and carry a human being around using two small RC copters. I am so deathly afraid of heights that just watching this video made me want to get off of my office chair and lie down on the floor to feel safe.

While they make it look simple, it's hard to overstate how complicated it is to pull something like this off. The 'copters have to be strong enough to carry the woman (not to mention those crazy boots), and it's not like they're just lifting straight up; since there's two of them, they've got to pull sideways as well. Not to mention the pilots have to be precise enough to avoid dropping or jerking their payload. You'd think they'd try this over a body of water or something soft, so it's a testament to their skills and preparation that they did this over a concrete patio.

The group isn't shy about their accomplishment, having spent four months and "several thousand Euros" in preparation: They're touting it as "Clearly a world-record and one of the most monumental actions in the history of R/C model aviation: THE WORLD'S FIRST MANNED R/C FLIGHT!"

For tech geeks who are interested in the hardware, it's all documented in painstaking detail right here; for those with a passing interest in how they pulled this off, hit the jump to see the explanatory video.