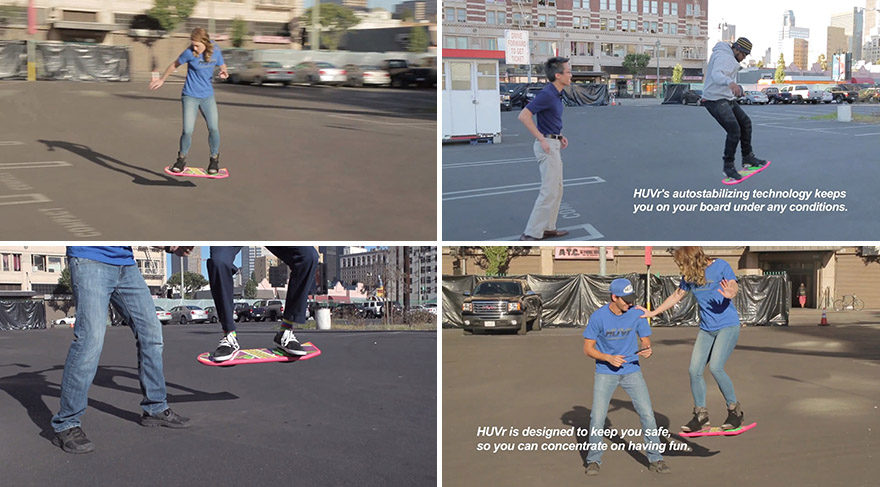 Can something go viral when you intend it to go viral? Apparently so, particularly as we become more gullible as a society. While Jimmy Kimmel's twerking fire and hotel wolf videos at least had an element of believability to them, this latest makes me despair for people's reality filter: Since its launch yesterday, Facebookers have been eagerly promoting this video purporting that Back to the Future 2's hoverboards now exist.

By roping in Tony Hawk, Christopher Lloyd and others, whomever is behind "HUVrtech" has easily been able to goad the unwitting into posting it with sentences like "Can you believe this is actually here?? This is amazing!! Unbelievable!" and "The Hover Board is here! Welcome to the future!" Never mind that everyone's shirt has peculiar tug marks around the backs of their shoulders, never mind, uh, physics.

The only question is who did this, and why. A Back to the Future re-release, a new Tony Hawk game, Nike's forthcoming "power lace" MAGs and even Kimmel have all been fingered as suspects. But the only thing this video is really promoting, in my mind, is that people's fantasies are becoming increasingly easier to prey upon.

Update: Online sleuths have reportedly deduced that the hoaxsters are Funny or Die. Which is weird, because you'd think they would have made it funny.