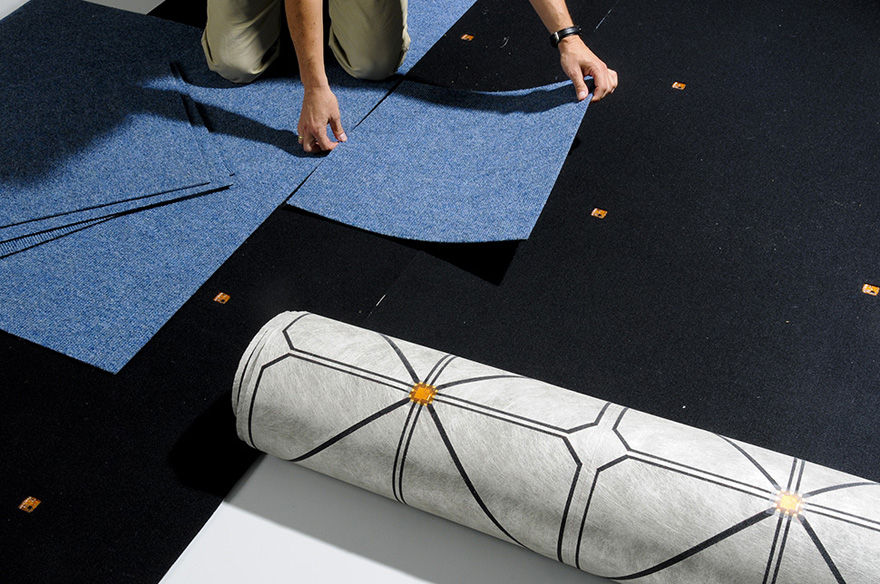 We all take the floors we tread on for granted. Not only are they more reliable than a best friend when it comes to catching you after ill-fated falls, but they also introduce an entire expanse of possibilities in terms of data collection. If you've done your reading, you may remember a group at the Georgia Institute of Technology we covered that's working to harvest energy from footsteps through a collapsable, charged contraption located underneath the floor. This time we've got something a little different, but just as awesome.

German-based Future-Shape has introduced the 2mm thick SensFloor, a large textile underlay that fits underneath flexible floor coverings like tiles and parquet. The conductive mat can track the movement of several people moving on top of it at once, as well as those in wheelchairs. 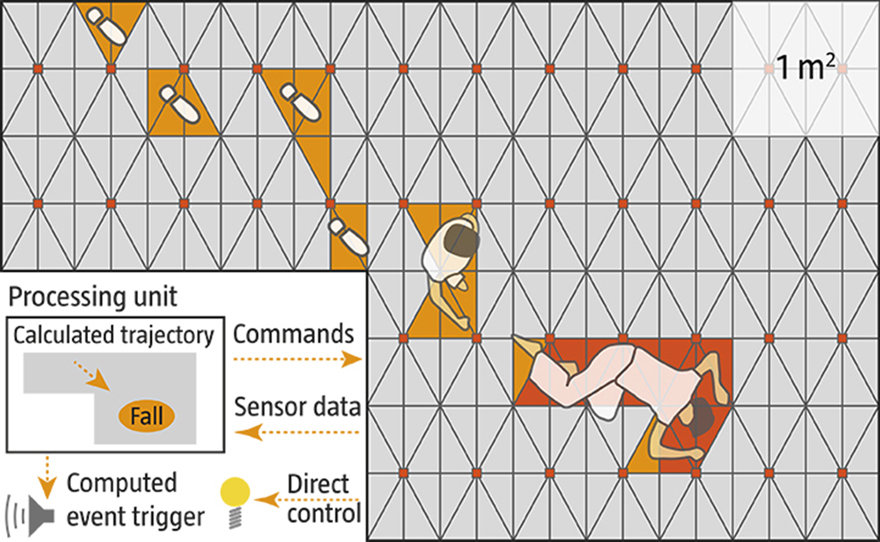 Each square meter of the material is equipped with four radio modules and proximity sensors that track the speed and direction of movement—it can even distinguish liquid spills from human shifts on the space. The data is sent to a separate control unit where it can be accessed by the user in real time. SensFloor Research and Development Director Alex Steinhage goes more into detail in an interview with Gizmodo:

These whole-floor sensors measure capacitance, changes to the local electric field caused by a person or any other conductive object coming near them. It's the same phenomenon your touchscreen device uses to tell where your finger is tapping. 'When I come toward the floor sensors, the electric field rises and sensors can detect it,' says Steinhage. 'The sensor then puts out a message saying something is nearby.' 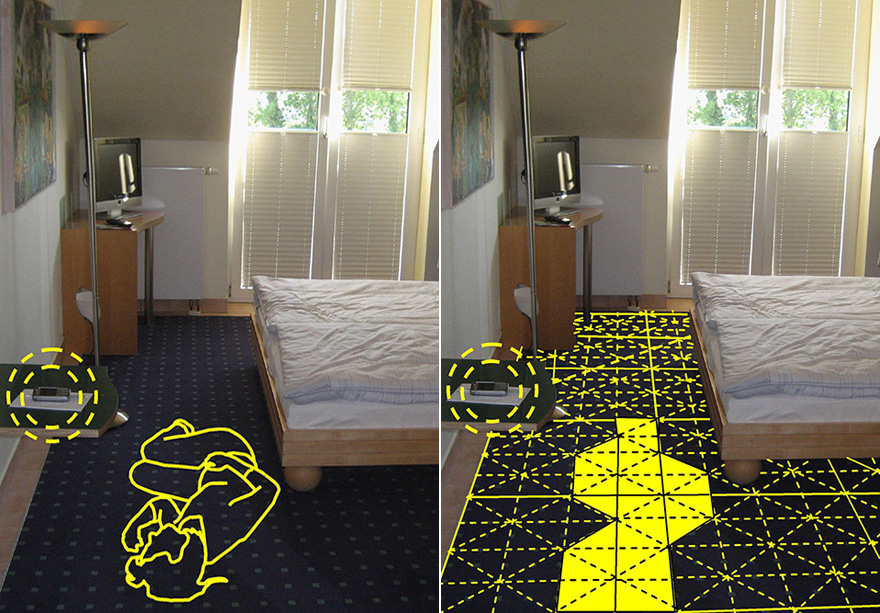 This is good news for the young and the old—aside from the basic capacity to catch kids in the act of running through the house (or identify when someone isn't in their bed), this design has brought a sense of relief to those with loved ones in assisted living homes that install SensFloor. The device can track whether a person is standing, sitting or lying on the floor, helping users identify potential falls. Maybe this design will finally curb the need for Life Alert and really address those facing the "Help, I've fallen and I can't get up" situation (and be the death of those cringe-worthy commercials). One of SensFloor's most successful installations was in a nursing home located in Alsace, France. In their specific set-up, a light is programmed to turn on whenever a resident first puts their feet on the floor and calls a nurse whenever a fall is detected. According to Steinhage, 28 falls (and no false alarms) were detected within the first four months.

Right now, the product is pretty pricey coming in at $270 for every 11 square feet (with the hope that cost will come down once the demand is high enough). While this may be catching on in retirement and assisted living facilities, it'll be a bit before it makes its way into your home. Since you've got some time before it becomes your next feasible houseware splurge, fill the downtime brainstorming and planning out all of the pranking possibilities.