The Future of Dine-Out Interface Design from... Pizza Hut? 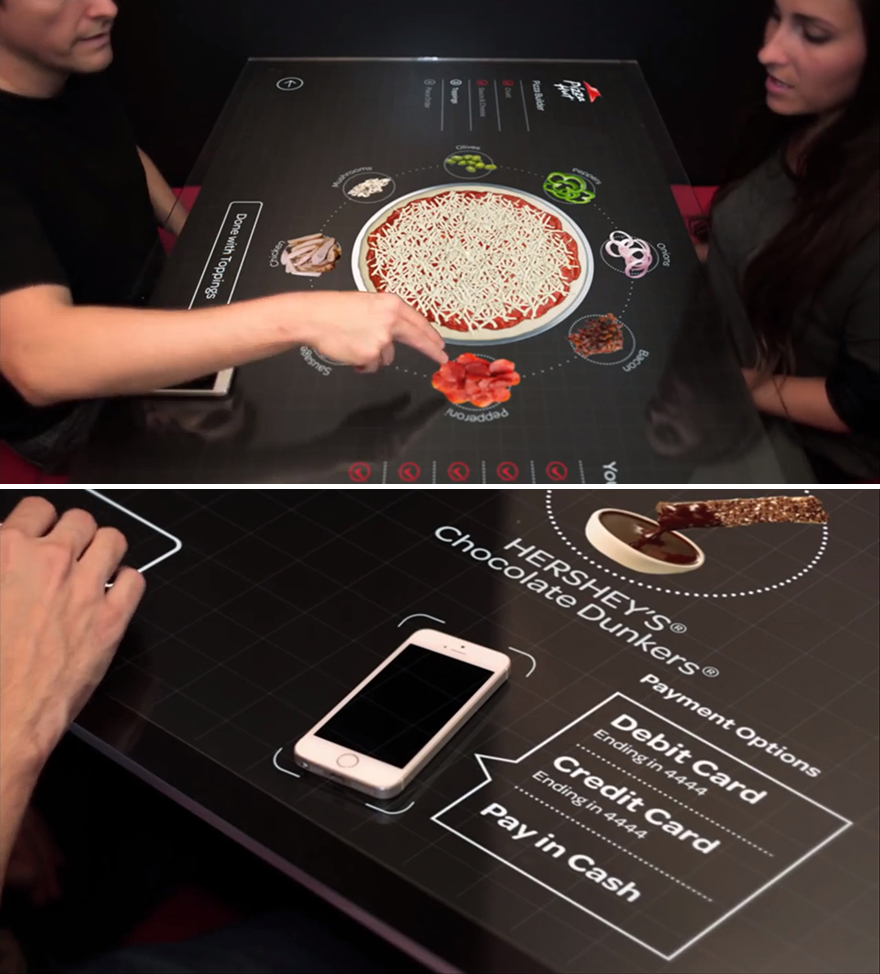 It's been over a year since we've seen interactive restaurant tables in the news, but here comes a new one from Pizza Hut. Yes, the American fast food joint is hoping that if their deep-dish pizzas aren't enough to get you inside, perhaps their fee-yancy touchscreen table will be. Have a look:

What's interesting about this, from a business perspective, is that Pizza Hut is owned by Yum! Brands, which also owns KFC and Taco Bell. While the last interactive restaurant table we looked at was integrated into a one-off restaurant, Yum! Brands (God I hate typing that stupid exclamation point in their name) has some 40,000 restaurants in over 125 countries.

As for the actual interface design (which was done by creative firm Chaotic Moon), it still seems a bit cutesy to me; I'm not confident that people will want to do a two-finger drag to choose a pie size, for instance—I suspect they'd rather just hit an S, M or L button. But the visual representation of how large something is will probably prove popular. And once the balance between what the technology can do and what people actually want has been worked out, if Y!B decides to move ahead with this concept, we could see mass uptake in a relatively short time period, on account of their size. Presumably they've got the juice to require individual franchisees to integrate these units, handily spreading the costs out.

The Future of Dine-Out Interface Design from... Pizza Hut?