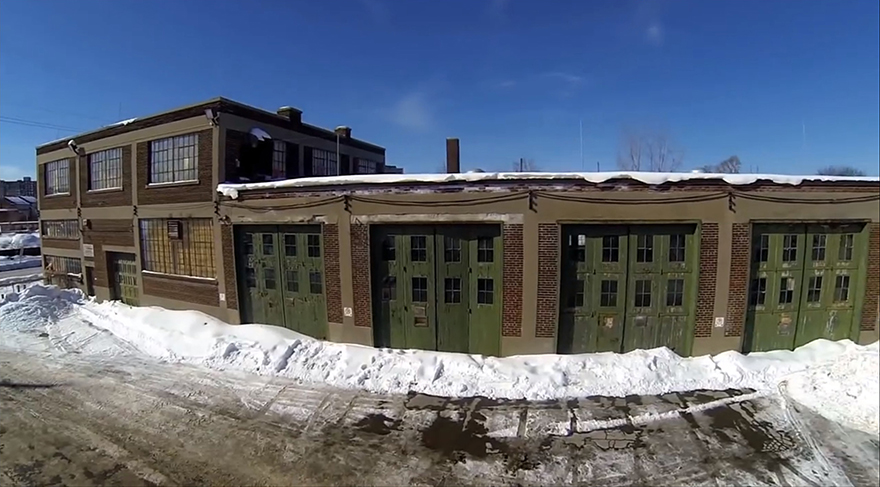 That crusty industrial building may not look like much, but it's special for two reasons. One, it's located in the Canadian capital of Ottawa, a city with little history of industry, meaning buildings like that are not commonplace. And two, it's going to become a creative incubation hub to the tune of some CAD $30 million in funding.

The Bayview Yards Innovation Centre, as it's called, is nearly 46,000 square feet of raw space that will house a rentable digital media and animation lab, meeting and presentation spaces, design studios and a makerspace dedicated to "industrial design, prototyping, fabricating and additive and subtractive manufacturing."

The aforementioned $30 mil in funding, half of which is from the city and half from the province, isn't a mere gesture of largesse; the bread is intended to provide "a big boost to the creative sector that has been waiting to emerge in this city for decades." The local talent-drain problem is well known, with creative types easily lured to cities like Toronto or New York; by giving, say, the industrial design grads at Ottawa's Carleton University a cool place to make stuff, the government bodies reckon they can hang on to their citizens while creating jobs and wealth.The design of the space is being undertaken by local design firm prototypeD. Says company founder and CEO Janak Alford,

Ottawa needs a space where our hidden talents can really be brought together and celebrated.... In the Bayview Yards, we all have an opportunity to experience a new kind of ecosystem, one of creativity and innovation, which is bustling and busy and exciting, and where the potential of this generation can find a foothold to move up professionally and make a big splash on our society.

...It really will be a dynamic, multi-faceted space. But the people will make this space really unique. It will be a hallmark creative space, outside of but compatible with the high calibre of thinking from our post-secondary institutions, and open to all.

If all goes well and the space fills up, there are plans to add a tower that will bring a whopping 180,000 additional square feet. But that's a ways off yet; the Innovation Centre is scheduled to launch in 2016.