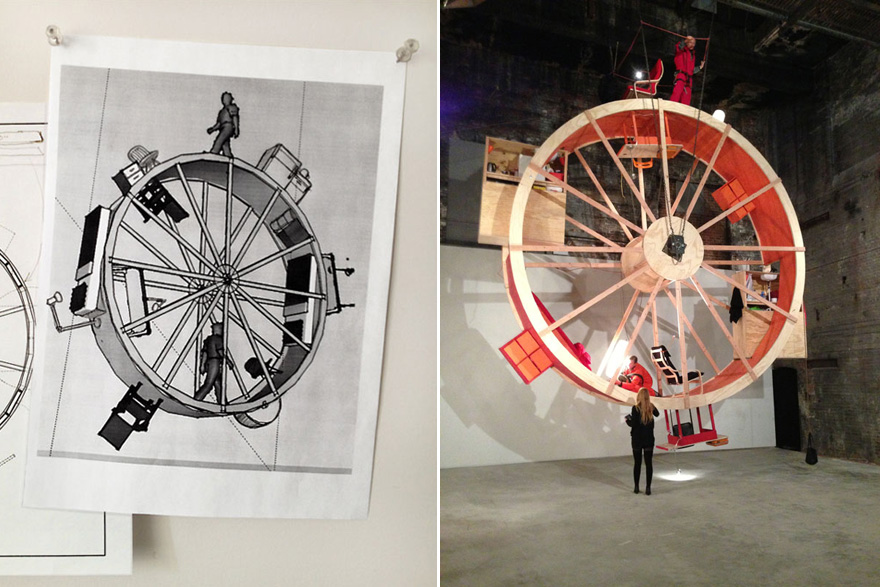 Sure, it sounds like a self-effacing metaphor gone off the tracks. No, there's no punchline, and yes, it's pretty cool. Ward Shelley and Alex Schweder are currently living and working 24 hours a day in their "architect performed building" shaped like a 25-foot hamster wheel. The two artists, who have been collaborating on large-scale installations since 2007, will inhabit "Orbit" until March 9 and o view through April 5 at The Boiler in Brooklyn.

With all necessary furniture fixed around (and often through) the huge wheel, one person maintains life on the inside while the other occupies the upper/outer part of the ring. They use tandem movement around the wheel in order to change task, whether sleeping, working or staying physically active.

Maybe it's my personal lens, but the serious-looking orange jumpsuits and backpack, along with the incredibly limited environment, smack of Antarctic or Martian missions. And I'd argue that the modular, interdependent habitat itself seems to make similar nods. That or prison. 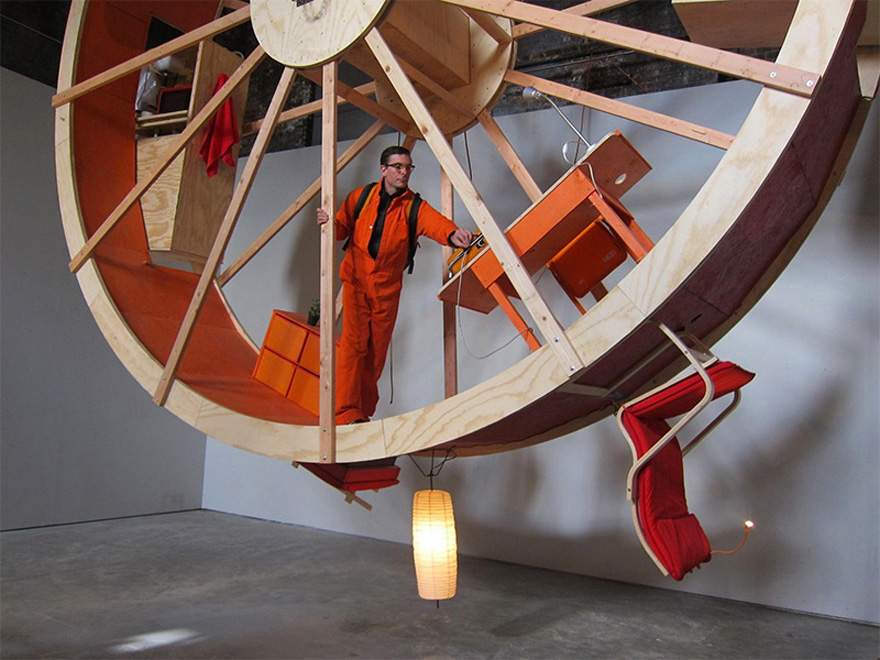 Orbit builds on the pair's previous work occupying exaggeratedly limited architecture. A key piece called "Flatland" (2007) really kicked off the idea of using odd spaces to test the subjective and physical limitations of built environments, employing equally absurd constraints. As it was described in Frieze:

"Based on drawings by Shelley, this habitable structure was four-stories high but only 60cm wide, yielding a total of 19.2m square living space shared between six occupants that dwindled to three over the course of a three-week performance...

These 'extreme caricatures of buildings,' as Schweder puts it, were intended to 'take things that are more subtle and make them large enough for people to see' - namely how architecture draws implicit boundaries and constructs relationships between us."

This big rotating room sounds particularly interesting while lived in. If you're in NYC for the Armory festivities this week, it's well worth a trip to Brooklyn to check it out while you still can. 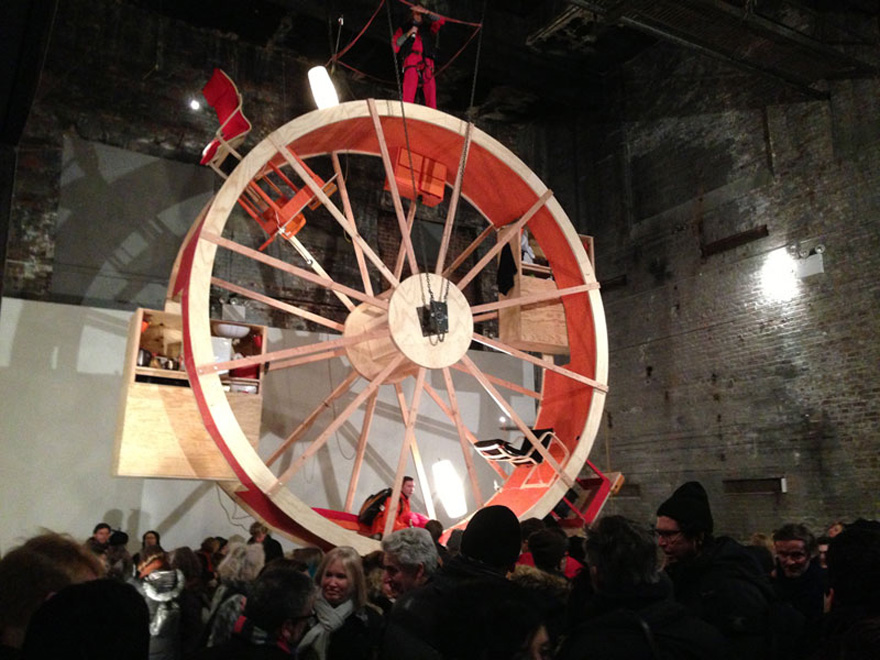