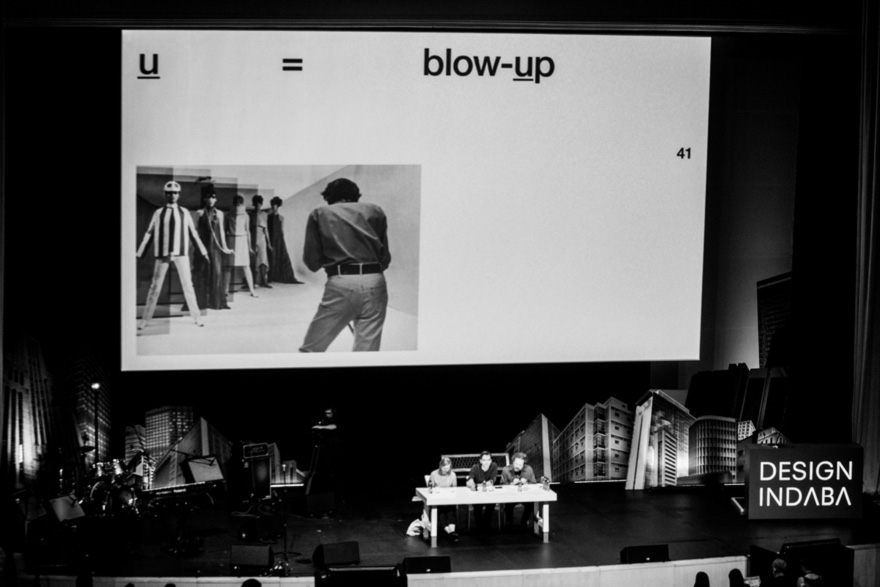 As these things go, Day One of the 2014 Design Indaba Conference was a bit behind schedule from the get-go. Experimental Jetset acknowledged as much in their regimented presentation that morning: after introducing themselves by way of banter, Marieke Stolk, Erwin Brinkers and Danny van den Dungen explained that they'd be spending the rest of their 40-minutes time slot by sharing their influences from A to Z, spending one minute on each topic. Taking the notion of a timed talk to its logical extreme, the Dutch trio went so far as to include 60-second countdown timers on each slide—a nod, perhaps, to their cerebral approach to graphic design. 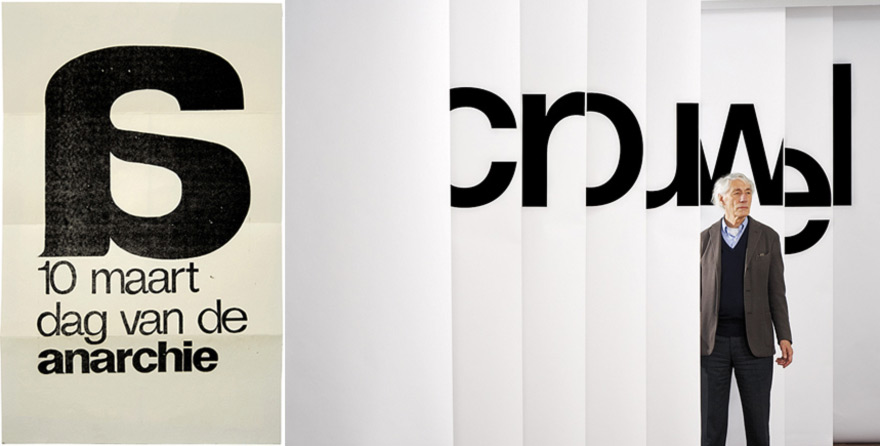 Of course, it didn't play out that way: Stolk clocked in "Anarchy" in exactly 60 seconds, but from "The Beatles" on, it was clear that the concept was a tad overambitious. (On the other hand, when it seemed that one of them would finish earlier than the 60 seconds on a couple of the letters, he or she would knowingly stretch the explanation.) Still, anyone familiar with their work could have guessed what "H" would be: they've been typecast (in a manner of speaking) as strict Helveticists since their memorable turn in Gary Hustwit's 2007 documentary on the ubiquitous typeface. Adherents to this day, van den Dungen duly noted that "We signed our own death sentence... in Helvetica." 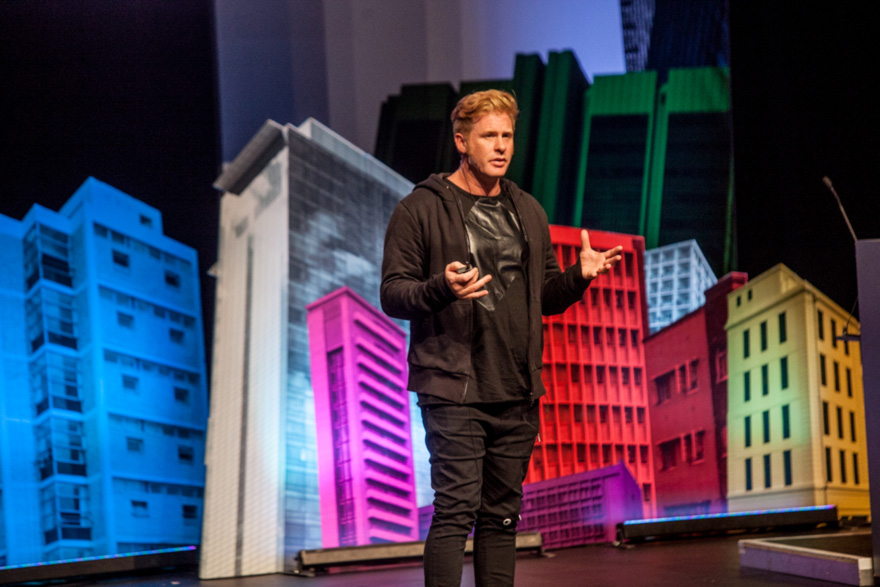 Dean Poole, on the other hand, gushed about letterforms as archetypes; the self-effacing New Zealander's presentation which followed lunch on the third and final day of the conference, was rife on wordplay and visual puns, his understated punchlines deadpanned to a tee. Indeed, language and its mode of mechanical representation figure heavily into his work (where Sagmeister turns things into typography, Poole does the opposite) as the founder of Auckland-based studio Alt Group. Hence his rather more rapid 'characterization' of the letters of the alphabet—set in Futura, if I remember correctly—as ideograms, which, when juxtaposed with the Amsterdammers' ABCs, results in a series of non sequiturs: 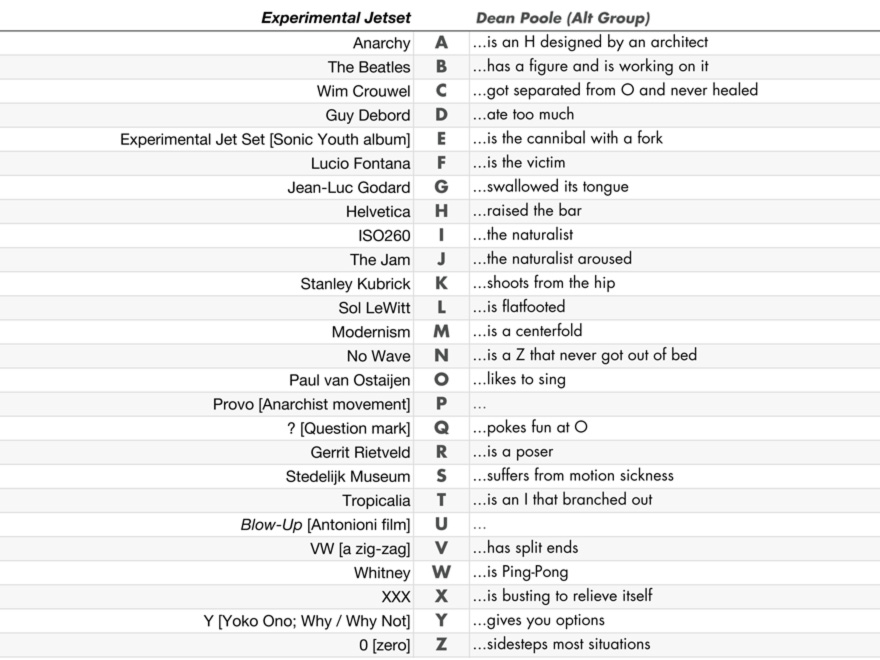 I didn't catch Dean's versions of "P" and "U" and I haven't been able to get in touch with him; leave a comment if you happen to know what they are...

If the two presenters' radically different takes on the alphabet was a felicitous, albeit superficial, parallel between the work of two studios from opposite ends of the earth (Auckland and Amsterdam are very nearly antipodal), they might be compared and contrasted on at least a couple other points as well. Where Stolk, Brinkers and van den Dungen share memories of anarchy, punk subculture and avant-garde cinema, Poole cites the very best of 20th century art as his major influences: Magritte, Kosuth, Baldessari, Weiner, Andre, et al. Experimental Jetset includes Fontana on their list; "I like holes," Poole deadpanned while showing slides of posters with peek-a-boo cutouts. "I keep going back to them." (The punchline, if it can be called that: "People like Twitter because there are so many holes in their lives.") 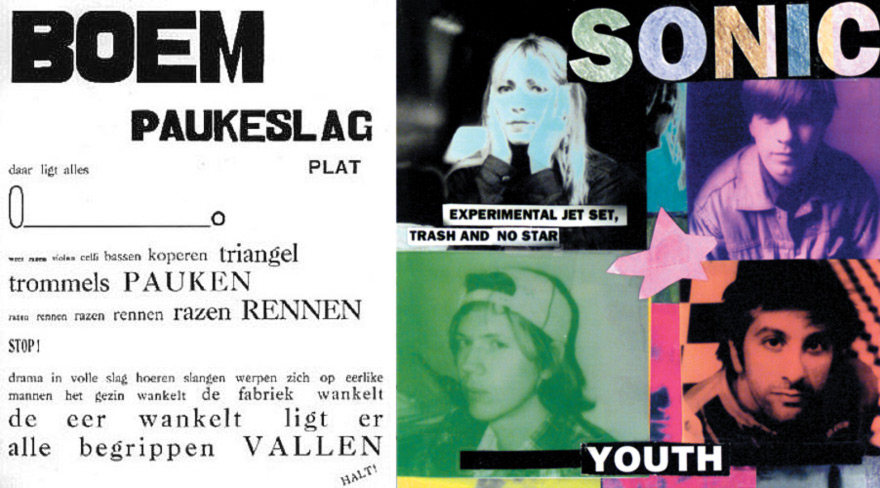 Yet both the politically charged sense of history and the lineage of language-bending modern art impart a world of context to each studio's creative output. Wildly different though their styles may be, both Experimental Jetset and Dean Poole arrived at highly adaptable brand identities for museum clients. Experimental Jetset's claim to fame—besides their devotion to Helvetica, of course—is their "Responsive W" graphic identity for the Whitney, which makes more sense now that I've seen them discuss it in person. Meanwhile, Poole's abiding love of language led him to the crossword-inspired identity for Auckland Art Gallery Toi o TĂmaki (specifically, the format is known as a mesostic, after John Cage). Although it's not as dynamic as the "W," the word-stack is a versatile solution indeed; as a simple set of rules, it's intended to obviate his role as the designer. So too is the Whitney identity designed expressly for the institution's in-house team to implement as they see fit (see the full concept, including the Sol LeWitt-esque instructions, here).

Easy as ABC? Not quite—both projects took upwards of two years from pitch to production, and the designers note that they worked closely with the clients to ensure a high degree of futureproofing. The real question is not so much whether these two identities stick but whether other graphic designers take up challenge to create systems as opposed to static logomarks. 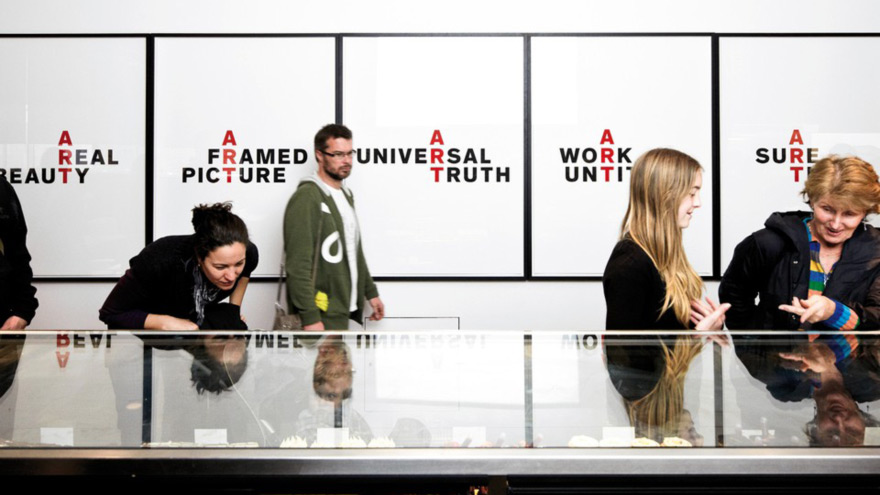 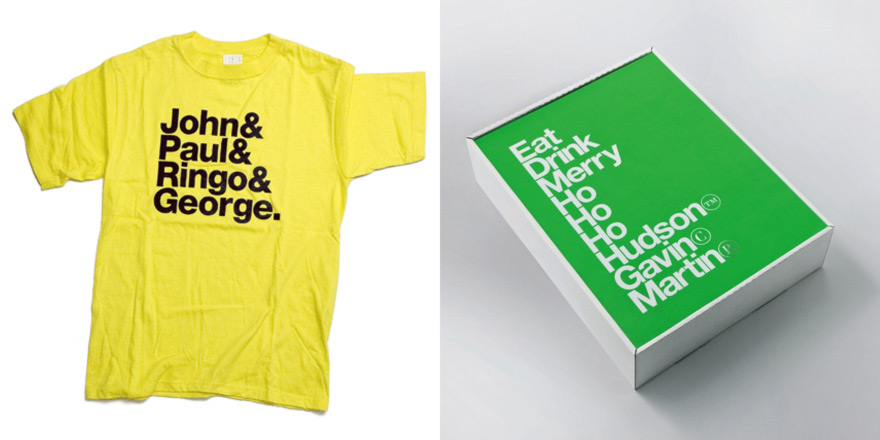