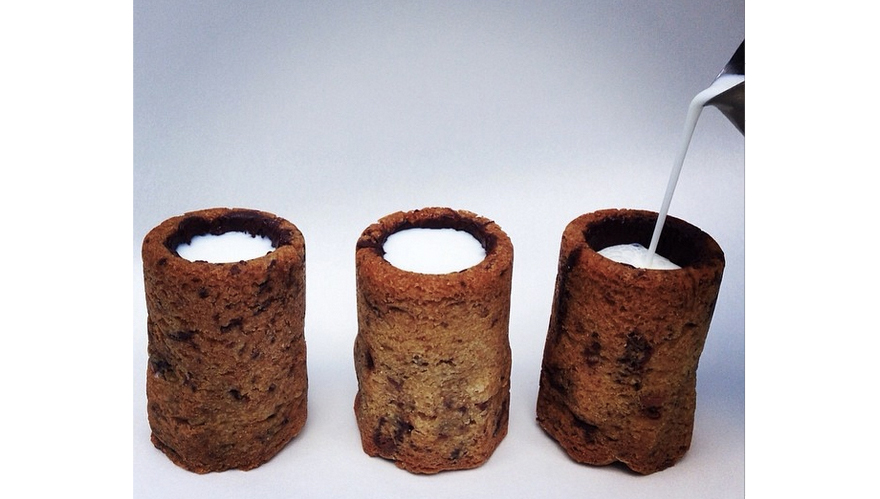 Of all the product designs people are willing to wait in line for, it's been demonstrated that iPhones, iPads and game consoles get a big "yes." But will people stand in line for something more mundane, like a cup?

They will if it was "designed" by Dominique Ansel, the NYC pastry chef famous for his queue-creating Cronuts. Following an announcement via Instagram by Ansel, Eater.com reports that the Frenchman recently tried his first Oreo; after learning that it was meant to be eaten with milk—"[not] a natural combination in French culture"—Ansel pushed the alien concept further, crafting a milk-holding cup from a cookie.

His resultant Chocolate Chip Cookie Milk Shots are going to be unveiled this Sunday at SXSW. And if his Cronut sales are any indication, the lines for these things will probably start somewhere north by northeast.