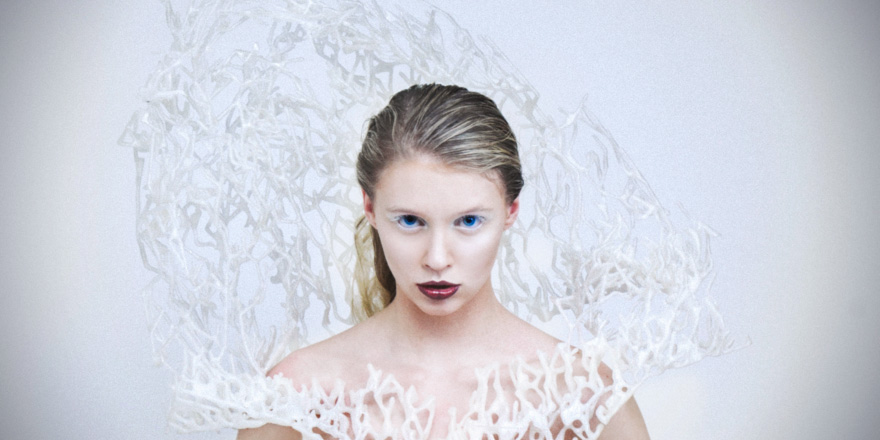 Following the success of their first New Skins: Computational Design for Fashion workshop, Francis Bitonti Studio recently partnered with Makerbot and Lagoa for a second session this winter. Hosted at the Metropolitan Exchange in Brooklyn, the New Skins Workshop: Brumal Bodies took place over ten days this January, including an introduction to computational design followed by a hands-on workshop. Using programs such as Maya and Rhino, students worked together designing garments, which were then rendered in Lagoa, a browser-based, hyper-realistic rendering software, as well as experimenting with the Makerbot Replicator 2 3D printer, with their efforts culminating in a collaboratively designed 3D-printed final project: the Bristle Dress. 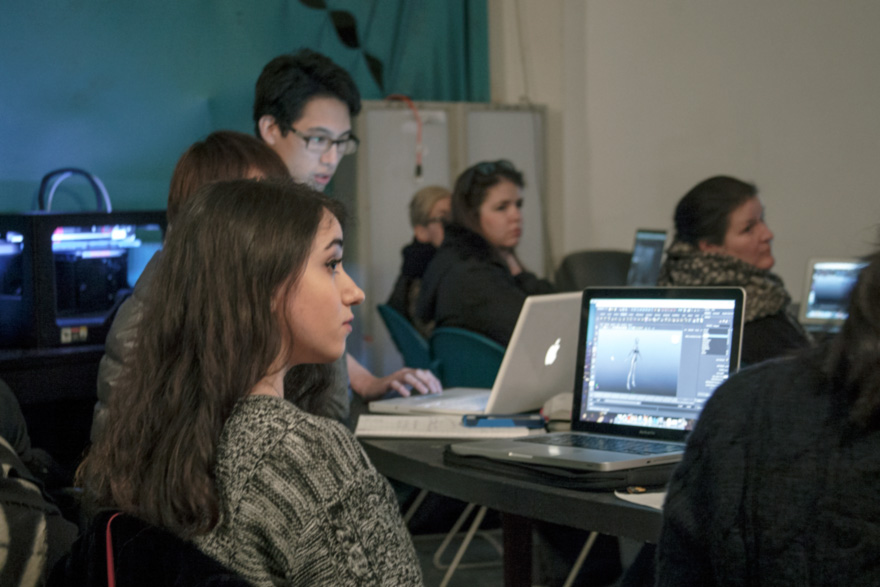 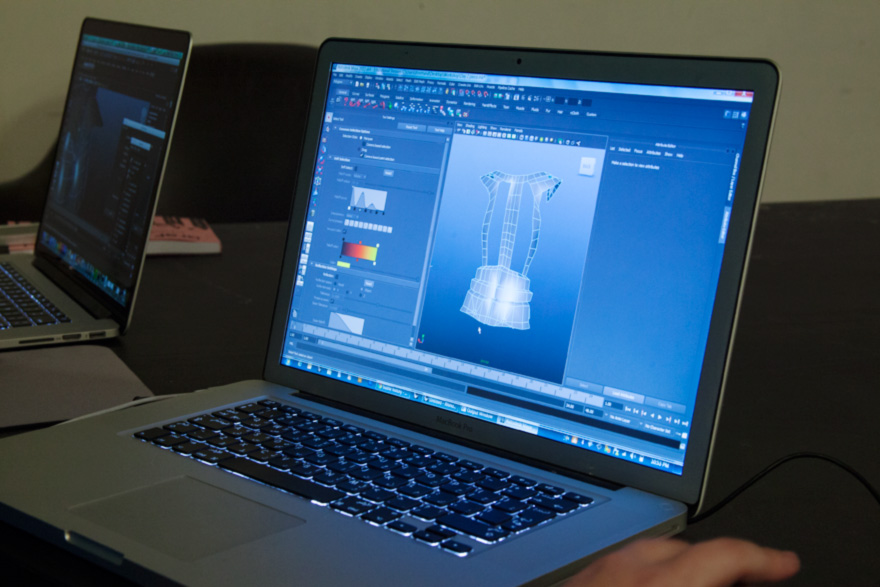 The 'Bristle Dress' started by exploring different ways and techniques to create volume. The workshop focused on dissolving the silhouette of the body into the atmosphere, with the aim to create a trasitional garment. The upper part of the dress was designed to be printed in the naturally colored (clear) PLA, a material selected for its translucent qualities—specifically, the way it refracted the light greatly helped us achieve our design objectives. The skirt was created using Makerbot's flexible filament material and was lined with synthetic rabbit fur. The result is a flexible yet highly structured garment: 3D printing the skirt allowed us to create an interesting interface, while the texture of the fur lining further aided in the creation of our overall silhouette, combining both artificial and natural textures. This multi-material relationship has been an emerging area of interest for the studio for some time now. The skirt portion of the dress is customizable and is available for download at Thingiverse.com. 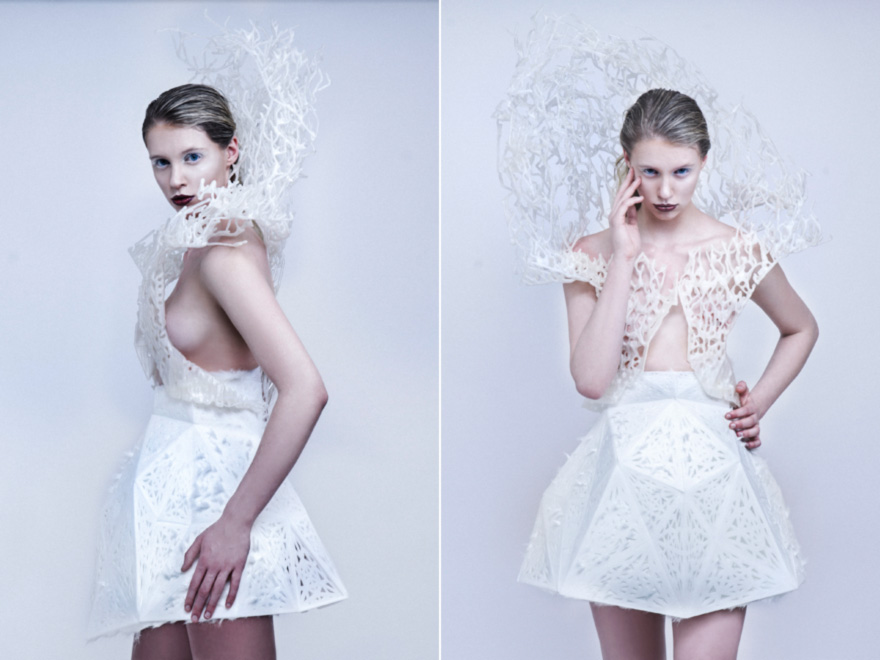 Francis Bitonti Studio will also be launching a cloud-based 3D-printed home goods collection in partnership with 3D hubs this Spring, followed by the release of their luxury goods label in September 2014.