Editor: Have you ever been tempted to take someone else's design? What do you think would happen to you if you did? Here we've got Part 3 of "Accidental Designer's" story, as he follows through on a fateful decision.

Missed the last one? Catch up here.

At a craft fair I'd spotted this guy, I'll call him Rusty, selling these chairs he had made. As soon as I saw his design, I realized I could build them myself, even better than he had. And I darn sure had enough wood to make them. Now I have to point out that these chairs were not my design. But before we talk design theft, I have to detour into auto theft. Because in my life there were two cases where people were getting rid of a boatload of wood and it worked out in my favor, and with the first one I ended up getting my car stolen.

Some guy was selling a garageful of teak, which I'd mentioned earlier. These were huge pieces of rough-cut lumber and you couldn't believe how much of it there was. The guy's grandfather had brought it all over from India on a ship in the 1950s. I had this crappy Chevy Astro van, and each trip I loaded it up to the brim with wood, so badly that the van was practically bottoming out. It was a 1.5-hour round trip and it took me six freaking trips to get all of the wood back to the boatyard where I was living. 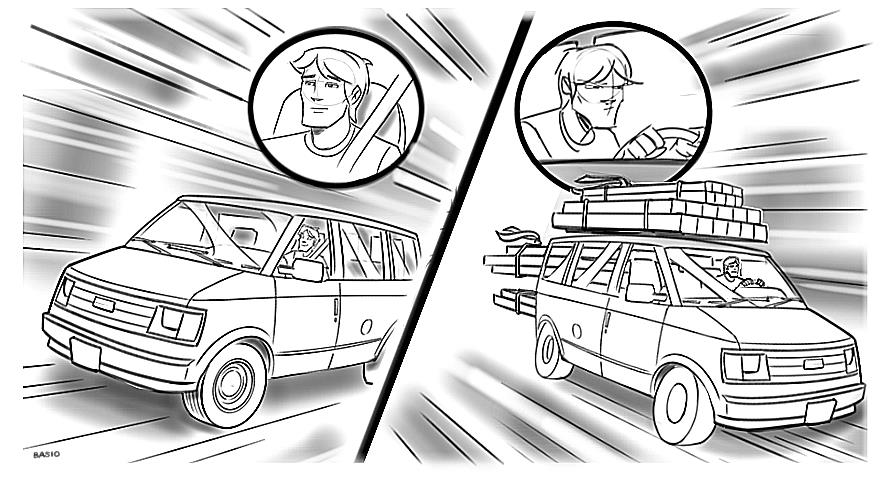 By the time I made it back with the final load, it was late at night and I was dead tired. I couldn't lift my arms to unload that last batch and figured I'd get to it in the morning, so I left the car in the lot, staggered back into my sailboat and fell asleep with my boots on.

In the morning I got up and went out to finish the job. But my van was gone. I always parked in the same spot so it's not like I misplaced it, and the keys were still in my pocket, so it's not like a buddy of mine had moved it. It had just disappeared, along with its load of valuable teak.I called the cops, then got on the phone with the insurance company. I was actually kind of glad it got stolen, because the van was a P.O.S. and after investing in all that teak I could use the insurance money.

Unfortunately, the police called back and said they'd found my van. Someone had left it running in a parking lot at Hermosa Beach. I got a buddy to drive me over there and found the bastards had taken half of the wood! I'd have preferred it if they stole the van and left all of the wood.

Still, five-and-a-half vanloads of teak was a pretty good haul.

Back to the craft fair. I ended up buying one of Rusty's chairs. Then I took it home, went over it, tore it down. And then I started building my own, better version. 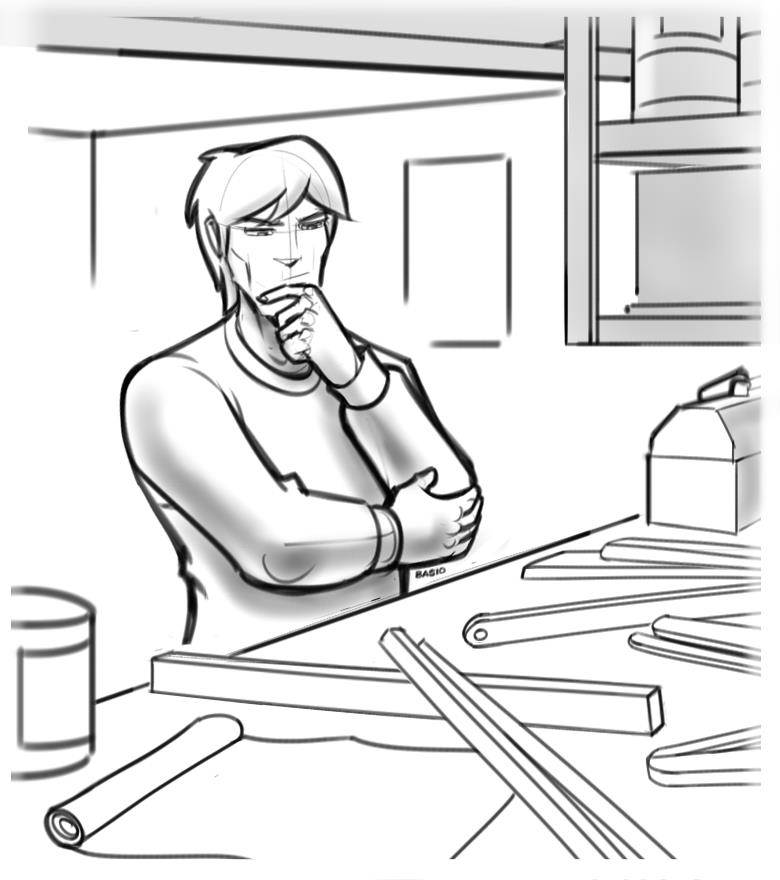 Rusty's chair was made out of pine and put together with exposed galvanized bolts sticking out of it. Mine was made out of teak and used stainless steel hardware with cap nuts. Rusty's chair was slung with the cheapest fabric you can imagine. I had contacts at the shipyard who were sailmakers, so I had them sew up some nice fabric with an integrated padded cushion. I then realized the chair could use a pillow—this design had you slung back into a kind of reclined position—so I had a sailmaker buddy sew in a padded, adjustable headrest.

When I was done with it—man, this thing was perfect. It was beautiful. I started showing it around the marina and to some of my boat clients. Everybody who saw one wanted one, and the customization factor was a big hit—with access to the sailmakers, I could provide the chair in a fabric that matched the interiors of the buyers' boats, a bunch of which I'd designed myself. And one of the best things about selling chairs is that nobody bought just one—people bought four at a time.

During my months of tinkering I'd gotten the production time down to roughly two hours a chair, start to finish, and I think I was selling them for like $150 a pop. The hardware cost was negligible, I was already tooled up, and of course I had more than enough teak. I was doing well in terms of sales—and trying to compartmentalize the guilt I felt at having stolen someone else's design.

And while I was doing well, I decided I could do better. So I started hitting the craft fairs myself. Not ones close to home; I started looking up the more far-flung ones, because I didn't want to run into Rusty. It was no fun driving up to six hours one way, but it was worth it. And I'd made enough money to get rid of that crappy Astro Van and get myself into a used Ford Ranger. 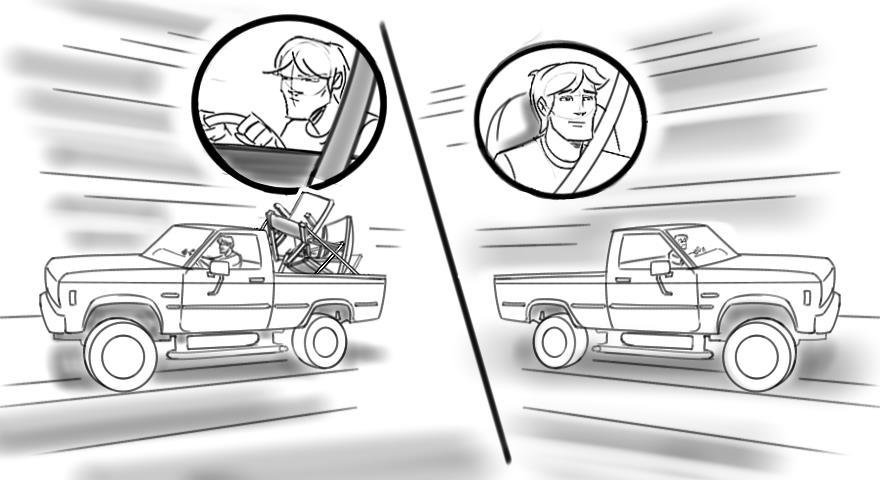 Sales at the craft fairs were brisk, I was selling these chairs as fast as I could make them. I did this for about a year, always traveling to far ones and avoiding the local ones. But the elation I felt at the sales was always countered by the guilt at having taken Rusty's design, and the sensation of constantly looking over my shoulder. When I arrived at a fair to set up, I'd surreptitiously canvas the floor first to see whom I was near.

Speaking of whom I was near, this is ironic: I'd gone to that original craft fair to look at girls, but ended up falling in love with a chair. At this particular craft fair, I'd come to sell chairs, but ended up falling in love with a girl. There was this beautiful woman at the booth next to mine, she was a fine brush painter. I couldn't take my eyes off of her (though I damn sure tried when she incidentally looked my way). During this particular fair, my sales numbers were good, but the only number I was thinking about was this woman's phone number, and how I could possibly get it. 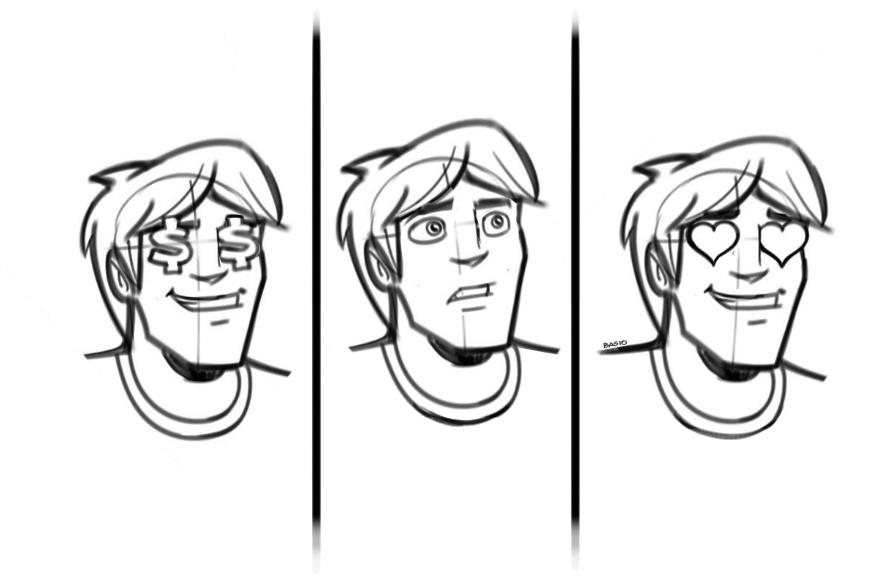 So in between answering customers' questions and making sales, I'm standing there rehearsing, in my head, how I can ask her to go get a cup of coffee. I need to sound confident, not desperate... nice without being creepy... her work looks pretty good, maybe we can start out talking about that—

Then I feel someone tapping my shoulder. I let the hearts flying around my head dissipate, and I turn around ready to make another sale.

But the person standing behind me, the man who'd tapped my shoulder, wasn't a customer at all.