Holy Cow: Tech Designer Whips Up a Business Card That You Can Use to Play Tetris! 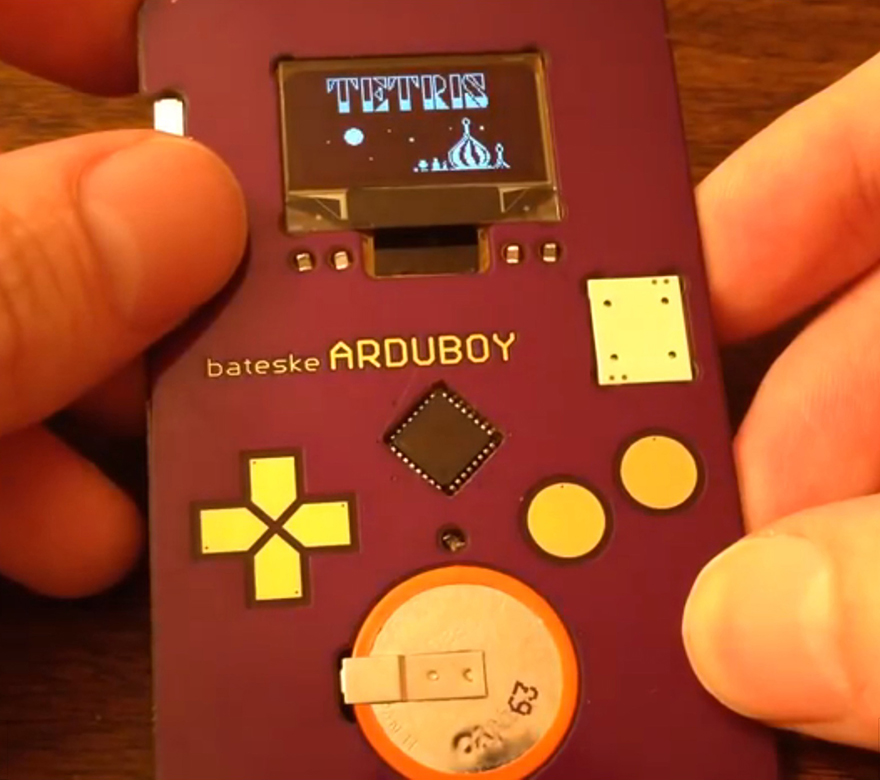 That the business card is dead, or at least dying, is no secret. At any trade fair I've been to in the past few years, exhibitors would rather scan your badge than stuff their pockets with more paper, and I myself use my smartphone to snap others' contact info and leave their cards behind.

Still, Portland-based technical designer Kevin Bates reckons he's got a business card you'll want to hang onto. Because you can use the darn thing to play Tetris. Observe:

The Bateske Arduboy, as he calls it, is Arduino-driven and boasts an OLED screen, capacitive buttons, a battery and a freaking speaker all in a crazy skinny 1.6mm-thick package. (The battery is good for some 9-plus hours of gameplay, but when it goes, the user will have to remove it and solder another into place.) Bates is preparing to launch the project on Kickstarter, where he heops he'll be able to get the cost below the 30 bucks a pop he's currently at. (That's for the kit; assembled units go for $50.) 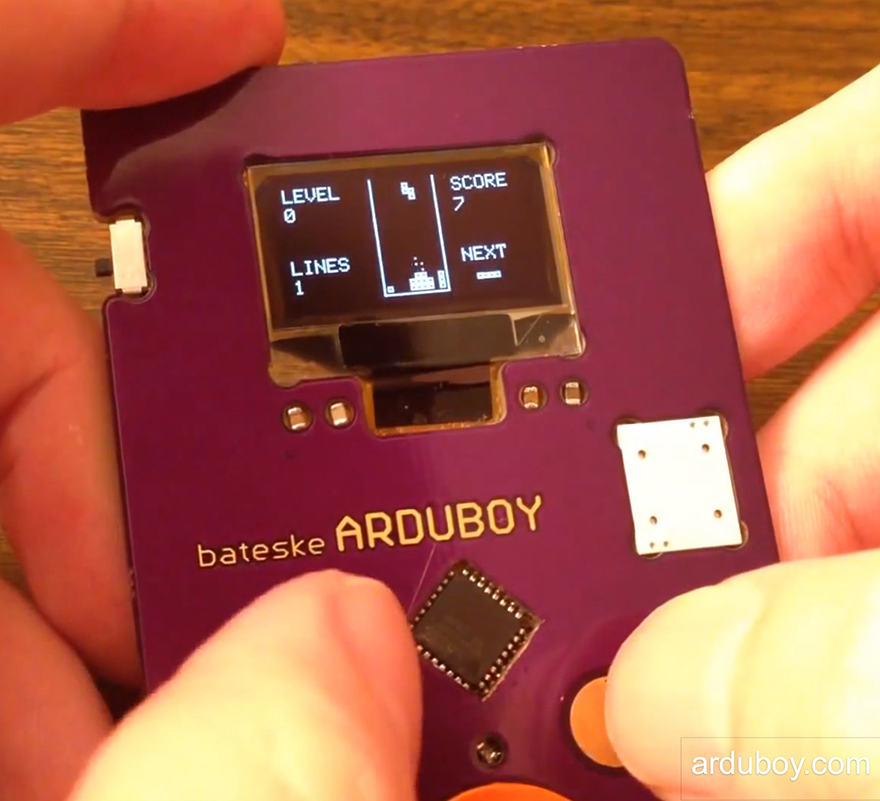 Right now the Arduboy can be made to play Tetris, and Bates has worked out a Flappy Bird clone as well; as for what the future holds, "It would be beautiful to see Mario coded in assembly," he writes, "but that might be too much of a pipe dream..."

Holy Cow: Tech Designer Whips Up a Business Card That You Can Use to Play Tetris!