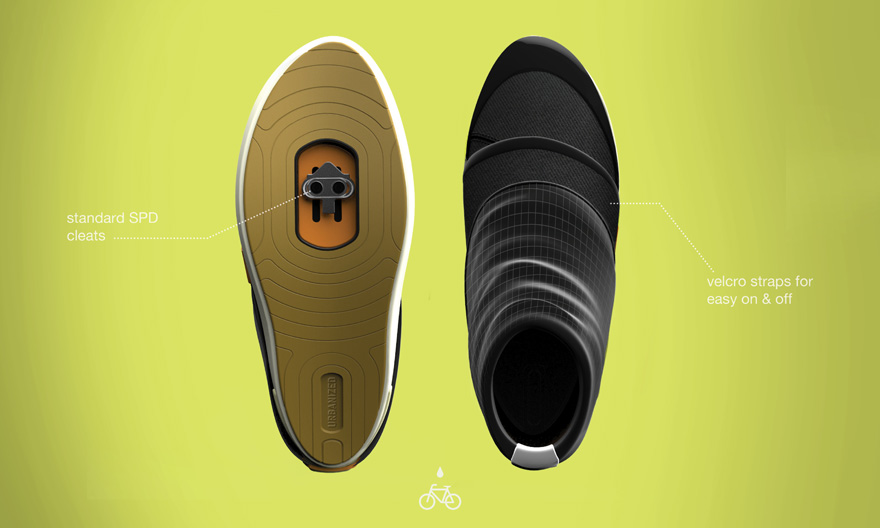 Around these parts—these parts being the self-righteously damp Northwest—most seasons bring rain, which means icy cyclist-vs.-nature battles are rare, but soggy feet are a common woe.

Most all season commuters hate the idea of switching from clipless pedals they like for the sake of donning a waterproof walking shoe, and shoe covers are an ill-fitting non-guarantee against the creeping wet. Waterproof SPD-compatible shoes exist... on the bulky, heavily insulated, sweatmonster end of the spectrum. In short, where the hell is Chrome's waterproof SPD shoe? Someone check out Urbanized, Jillian Tackaberry's fun and approachable design for waterproof cycling shoes, and then give her a contract because I need them. Today. 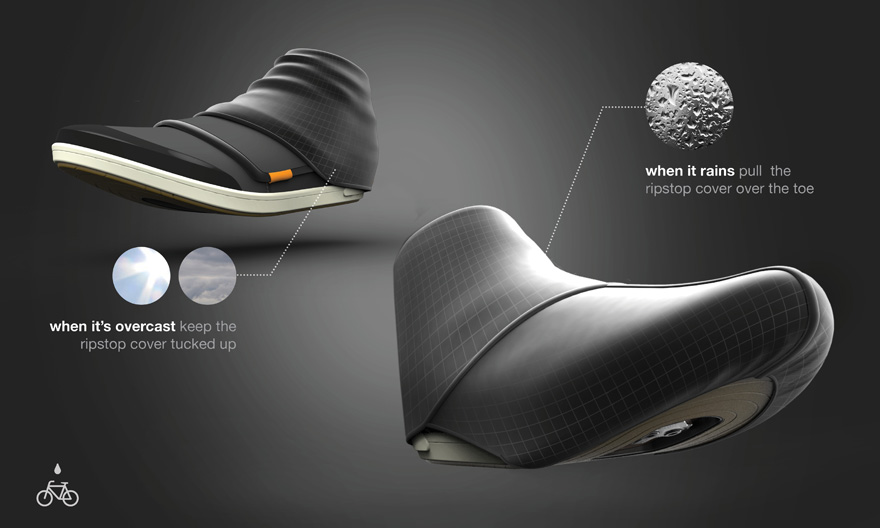 These are intended to fill exactly that gap in the socially presentable cycling shoe world. Acknowledging the large bike commuter base in rainy cities like Portland, London and Vancouver, Tackaberry's design is low profile for those who like to fit in, and technically reasonable for those who expect their gear to function well, with nods to basic considerations like sole stiffness and cleat bolt types (though why anybody ever commutes on 3-bolt road pedals is beyond me). Large velcro fasteners suggests easy adjustability, and the reflective/waterproof ripstop pullout actually works well with the shoe's urban profile. 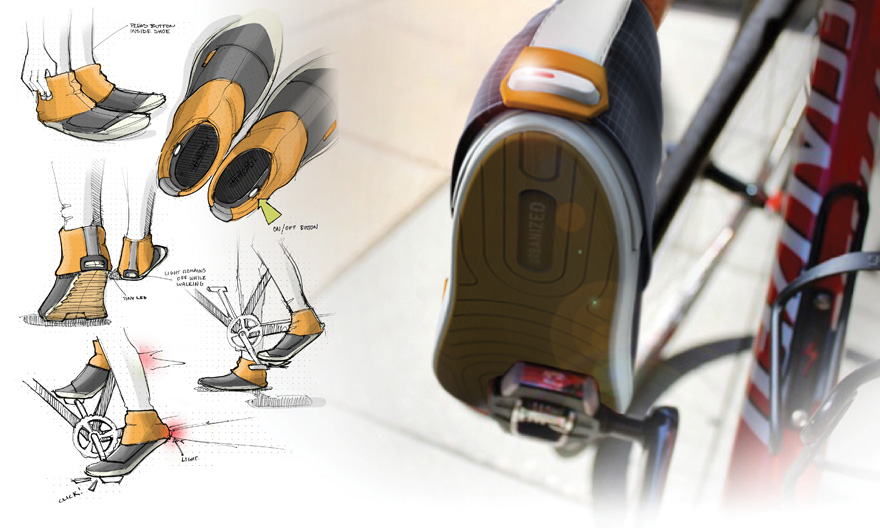 The inclusion of a heel light-cum-attachment point seems nice but is entirely misguided. Hey everybody: Quit sticking lights where they're unnecessary and likely to be destroyed by common use. Have you ever met a commuter? Not only will they not replace those batteries when needed, they'll probably break the thing trying to turn it on in the first week and then never bother with it again. Just leave it as an unobtrusive hook, or better yet leave it off—velcro is a powerful friend, and there are plenty of ways to add a little dash of flair here. 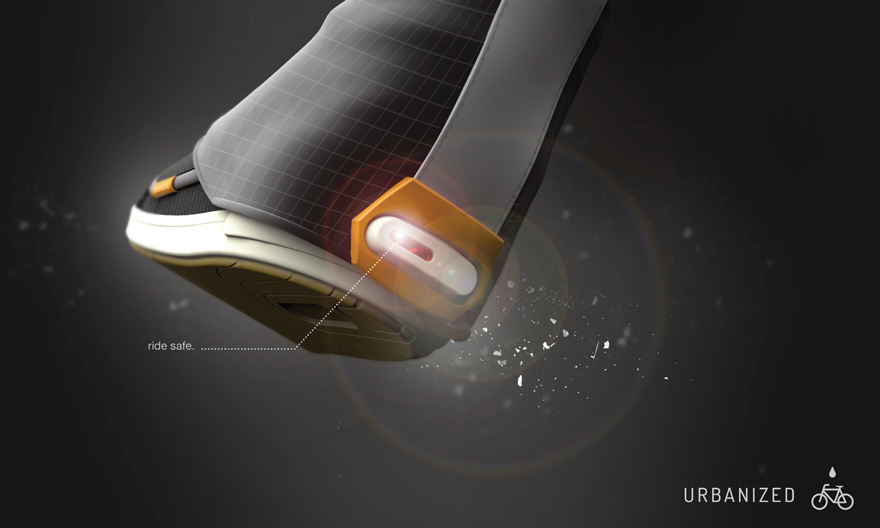