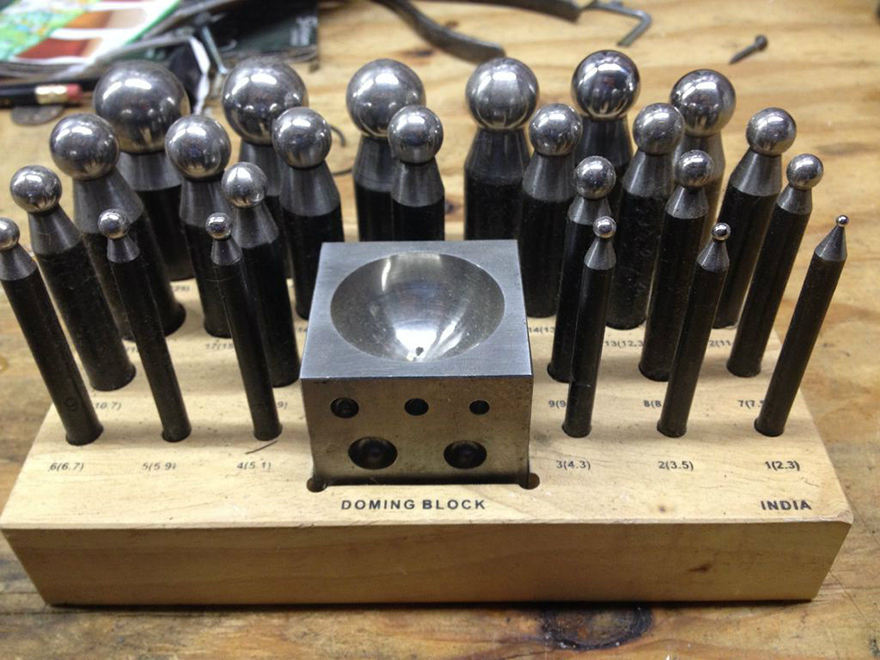 Love it or hate it, the U.S. Mint's forthcoming 3D coin seems to be capturing people's imaginations. And while we previously looked at the cool production methods behind making coins here and here, reader Dan pointed out that we were remiss in not mentioning Don Everhart, the U.S. Mint Sculptor responsible for turning Cassie McDonald's baseball design into reality:

Numismatic website Coin News has a feature up on Everhart, where you can see shots of him sculpting as well as the CNC mill they use to cut the steel blanks.

As for the rest of us who don't have access to such technology, there are DIY ways to make domed coins: Hobbyists and tinkerers use something called a doming block to hammer coins into sweet bowl shapes. Check out how the woman behind the Epbot "Geekery, Girliness, & Goofing Off" blog turned these pennies into buttons: 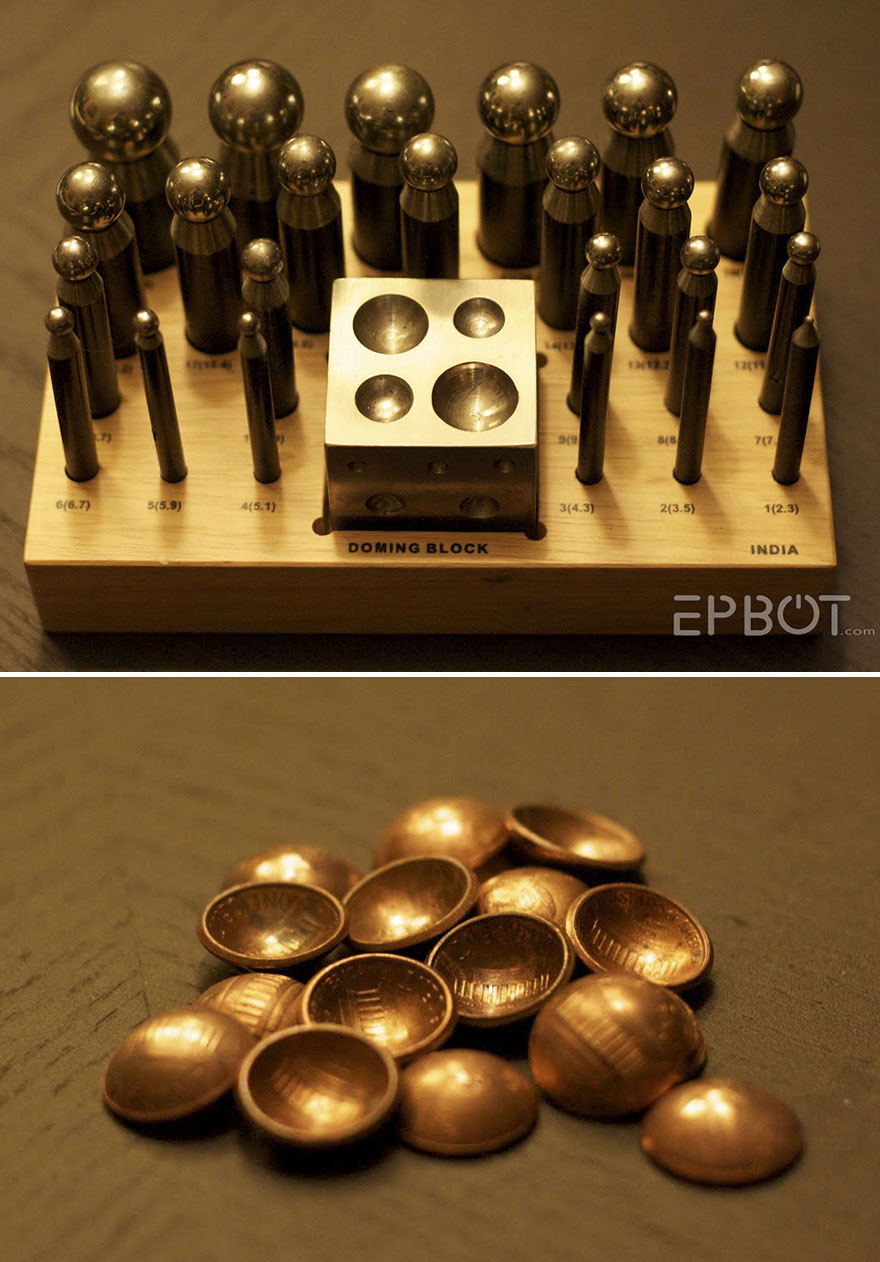 A jewelry-making blog called Rings & Things provides more details in their "How to dap and dome metal jewelry" article, where they show you this sweet necklace made from a Canadian penny: 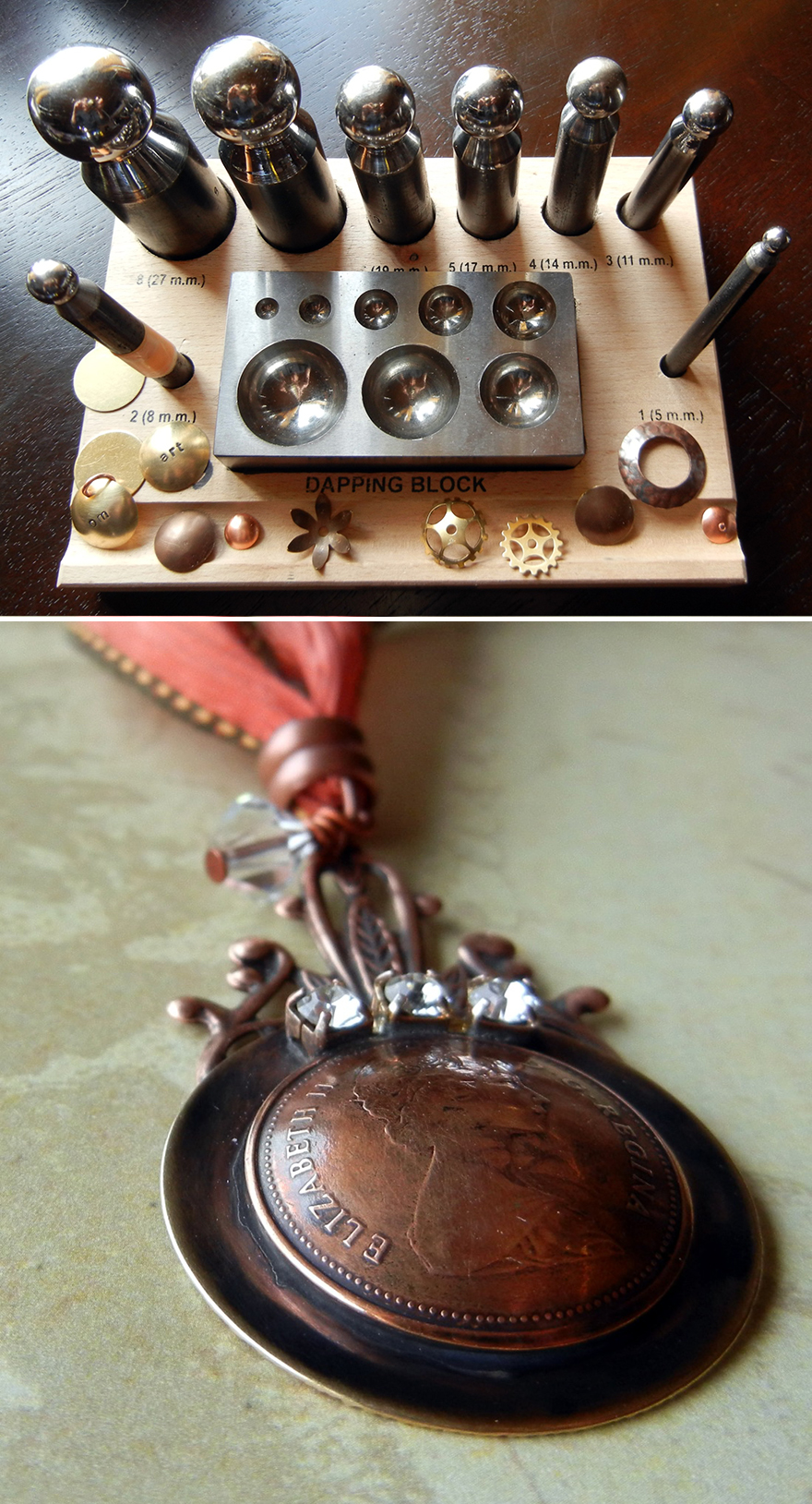 This guy banged quarters into domes to pimp his yo-yo designs: 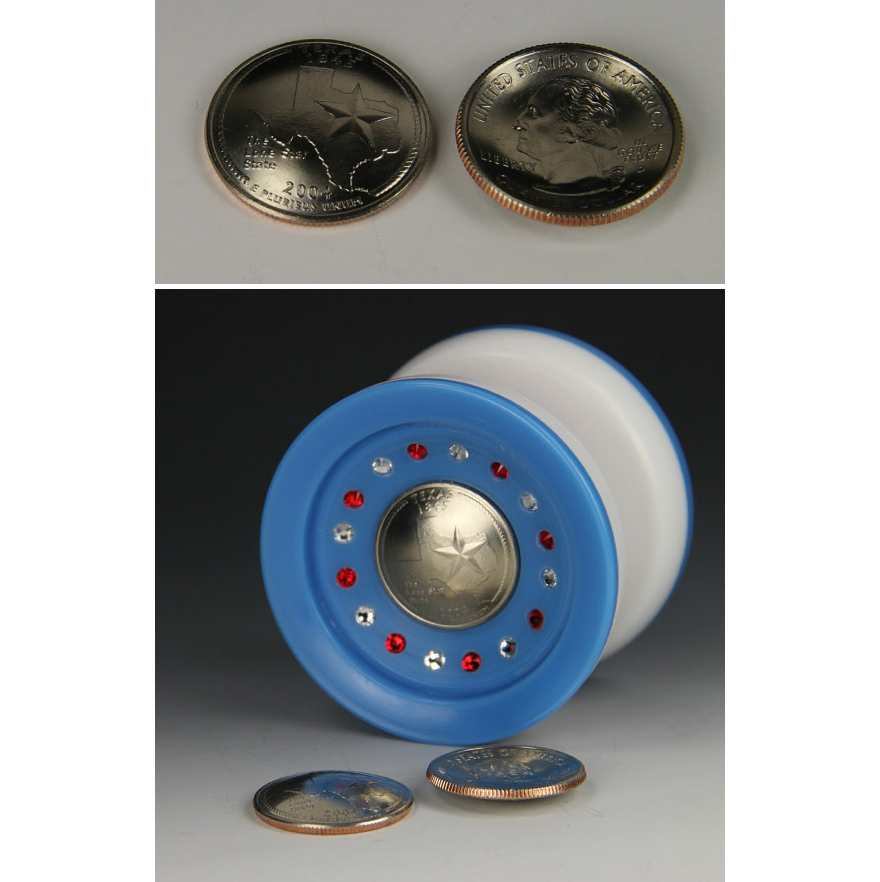 And Instructables user Seadraggin runs down, step by step, how he turns quarters into snap buttons: 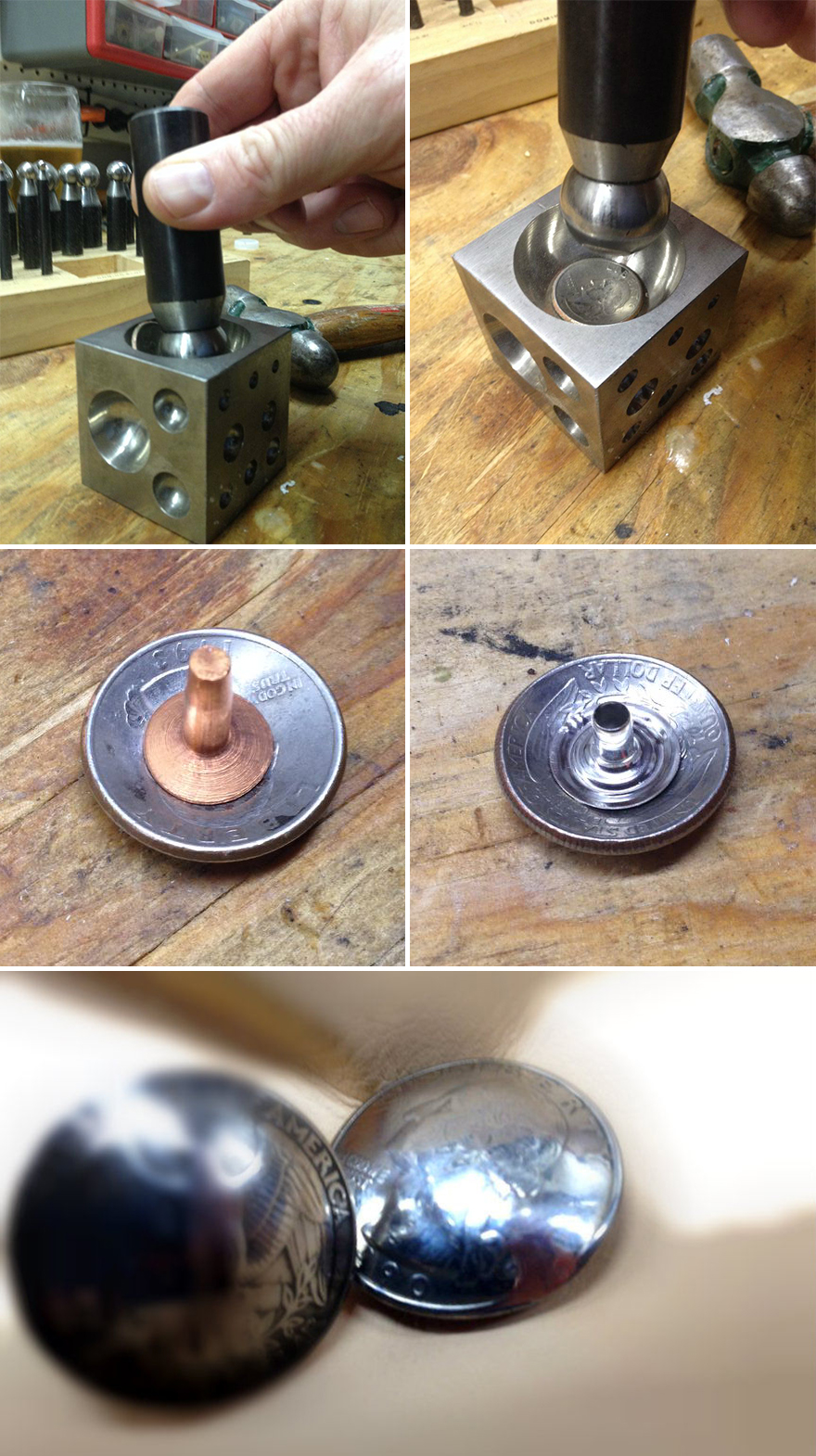 It's on that last Instructable's comments section that a party-pooper points out the illegality (at least in the U.S.) of all this DIY fun:

Defacement of currency is a violation of Title 18, Section 333 of the United States Code. Under this provision, currency defacement is generally defined as follows: Whoever mutilates, cuts, disfigures, perforates, unites or cements together, or does any other thing to any bank bill, draft, note, or other evidence of debt issued by any national banking association, Federal Reserve Bank, or Federal Reserve System, with intent to render such item(s) unfit to be reissued, shall be fined under this title or imprisoned not more than six months, or both.