It turns out that one of the designers who I was most curious to see was scheduled to be the second to last speaker at the 2014 Design Indaba Conference: Naoto Fukasawa, the master himself. In fact, word on the street was that 'headliner' Stefan Sagmeister himself was not particularly nervous about his own presentation but had reservations about following Fukasawa, with whom he had also shared the stage 11 years ago, at the 2003 Conference.

Following blockbuster talks from Dean Poole and renowned photographer David Goldblatt, Fukasawa got off to a slow start, offering a few terse introductory remarks before screening a slick promo video for the new Integrated Design degree program at Tama Art University, his alma mater, set to open next month. He then proceeded with a lecture-style explanation of his approach, defining terms such as "aesthetics" and James Gibson's notion of "affordance," presenting a series of simple infographics and gestalt tropes to illustrate his own design philosophy of "without thought." (This 2007 Businessweek article is a good primer, as is our interview with him and IDEO's Jane Fulton Suri from last year.)

If skeuomorphism might be construed as a superficial means of expressing functionality, Fukasawa's insights penetrate far deeper, into the heart of the matter—namely, that "the body is more focused than the mind." It is our sub- or preconscious behaviors that inform and inspire his approach to design; insofar as all behaviors are 'learned,' Fukasawa is concerned with those that are not taught. Whereas intution implies a degree of cognition, instinct is the true holy grail of interaction design—subtle but unmistakable cues about how an object is used, as well as its so-called 'fiddle factor.'

Fukasawa offered plenty of food for thought for philosophically inclined members of the audience (including yours truly), broadly tracing the shift from designing standalone or purpose-built devices and appliances—in a word, artifacts—to a seamlessly integrated ecosystem, which allows for a broader domain of user experience. Hardware is converging into multifunctional devices even as other points of interaction are increasingly embedded into our surroundings (i.e. flatscreen televisions), such that a user can control his or her stereo, oven, A/C, etc., via his or her smartphone. 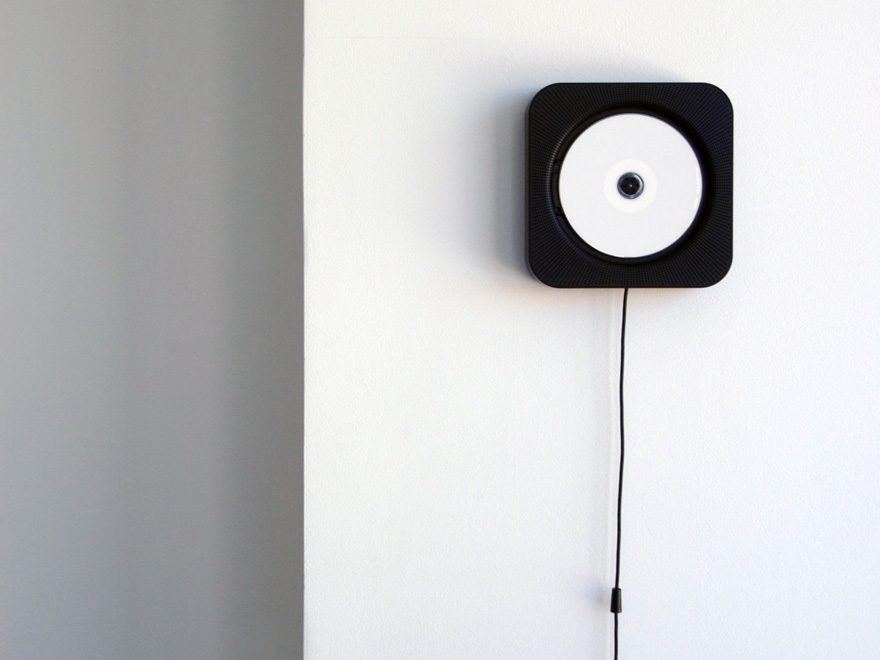 Although Fukasawa's assertion, at one point, that he designs "products [that] are already in your mind" might come across as boastful or otherwise idealistic, he is simply suggesting that designers should focus on making more user-friendly products as opposed to developing a signature style. (Of course, it's a bit ironic that he himself is best known for the CD player that he designed for so-called 'no-brand' Muji.)

In keeping with this self-effacing design philosophy, Fukasawa's brand ±0 [Plus Minus Zero] offers everyday objects such as kitchen appliances, cleaning supplies, umbrellas, etc., that are veritable Platonic ideals of such. This is what Fukasawa means when he says that he designs things that simply need to exist. These products certainly have material histories, but they now exist as givens in the world, and frictionless and anonymous—what Fukasawa calls "Super Normal," a term he coined with like-minded designer Jasper Morrison, for an exhibition of the same name; more here. It's simply a coincidence that an individual named Naoto Fukasawa is exceptionally good at bringing those things into existence—a twist on Socrates' midwife metaphor, perhaps—whether it is for a client or one of his 'house labels.' 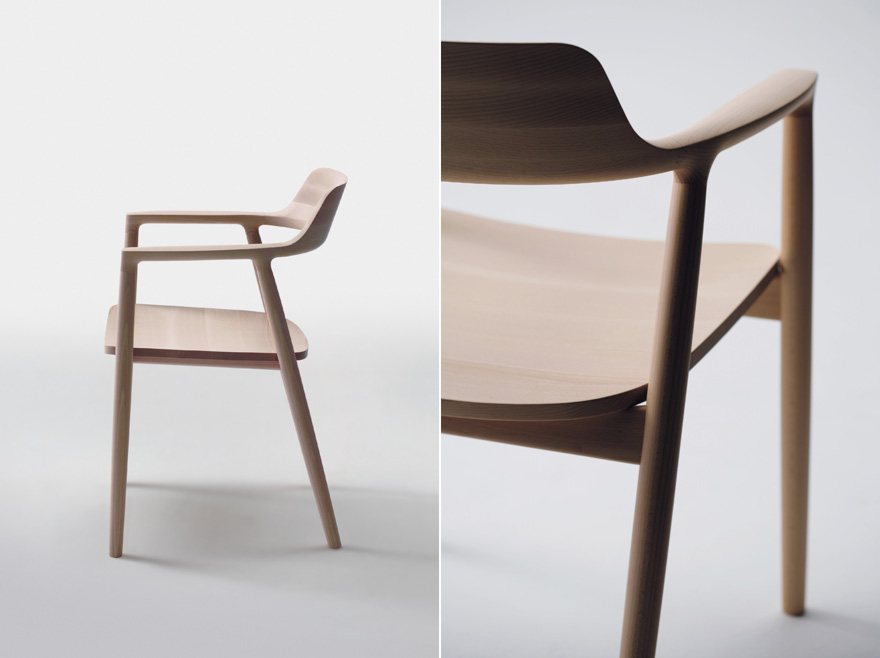 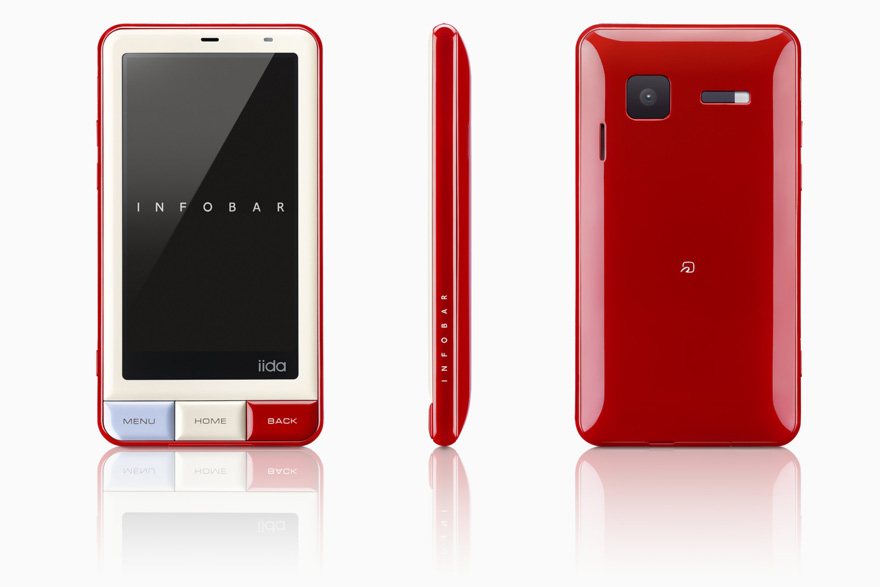 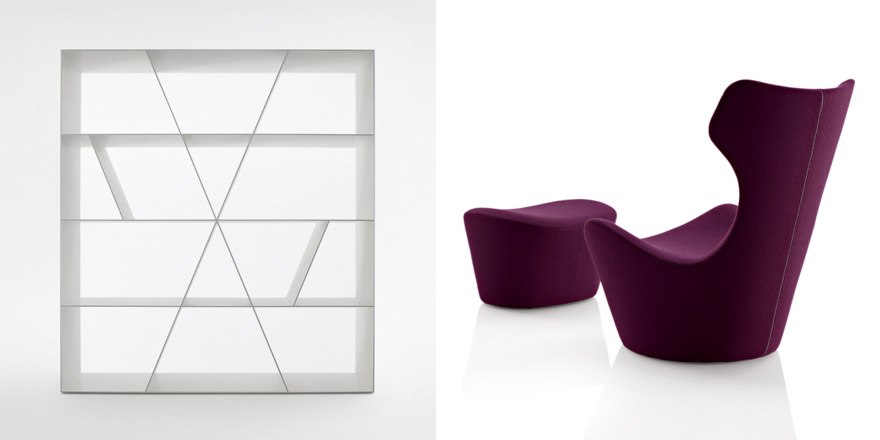 Between the heady subject matter and his often gnomic explanations, it took some time for Fukasawa to get the audience up to speed, but he seemed to get the point across by halfway through his presentation, when he simply let the work speak for itself. The balance of his presentation was a largely unnarrated stream of images of designs that are in production and other client projects, justified by their sheer beauty and intuitive functionality, often one in the same. (It was an uncanny if not exactly symmetric echo of Henrik Vibskov's somewhat discursive presentation from earlier that day, though the gangly Dane and diminutive former IDEOer are worlds apart—where Fukasawa took a moment to focus on a bookshelf that he'd designed for B&B Italia, Vibskov offered a few words on some of his wackier projects.)

Fukasawa was more forthcoming when I caught up with him after his talk, elaborating on this fundamental upheaval in product design: in so many words, he anticipates that technology will eventually subsume industrial design even as it demarcates a horizon of possibilities for design. "I'm a bit sad because I'm a product designer, but there's not any product there," he lamented, referring to the fact that the interactions are now embedded in the software as opposed to the hardware. Later, when I pointed out that I was recording our interview on my smartphone apropos the concept of "Super Normal," Fukasawa playfully corrected me. "This is not your phone any more—it's a public phone," he replied, marveling at the technology at our collective fingertips. "A million people are using the same device... it's like air, everybody uses it." (He later likened it to a "T-shirt and jeans.")

Yet for all of his techno-utopianism, Fukasawa acknowledged that design can resonate at a purely emotional level as well. While he feels that automobiles may eventually be replaced by alternative modes of transportation—he didn't mention it in his talk, but sustainability is also paramount—he offered a telling example of his ambivalence about his own thoughts on the matter:

For example, if I see a Bentley... it's a very expensive car, but it looks really normal; the styling is very normal... but [it's] also expressive. If I think of it in terms of [saving] the environment, the car is contributing to the problem. We [as individuals] don't need cars— we need more public transportation. Why does everyone need see more expensive things?

But if I see a Bentley, I [can't help but think] "Wow! That's really cool." I'm of two different minds about it... that's what 'Super Normal' means. But it's very normal, and way more super [too].

I think that's kind of interesting.