Editor: Here in Part 4, Accidental Designer comes face to face with someone he'd been looking to avoid. Following that encounter, his subsequent talent for design accidentally gets him the attention of Hollywood!

Previously: The Accidental Designer, Part 3 - Is This Seat Taken?

"Hey man," Rusty said. He introduced himself even though I already knew who he was. "I've been following you for the past few."

"Oh, ah," I said. What was there to say—what could I possibly say? All I could do was apologize. "Listen man, I'm, ah, sorry—so sorry that I took your, uh—"

Rusty cut me off. "What are you talking about, man?" he said. "Your chair looks awesome." Your chair, he'd said.

"But I took the design from you," I said. 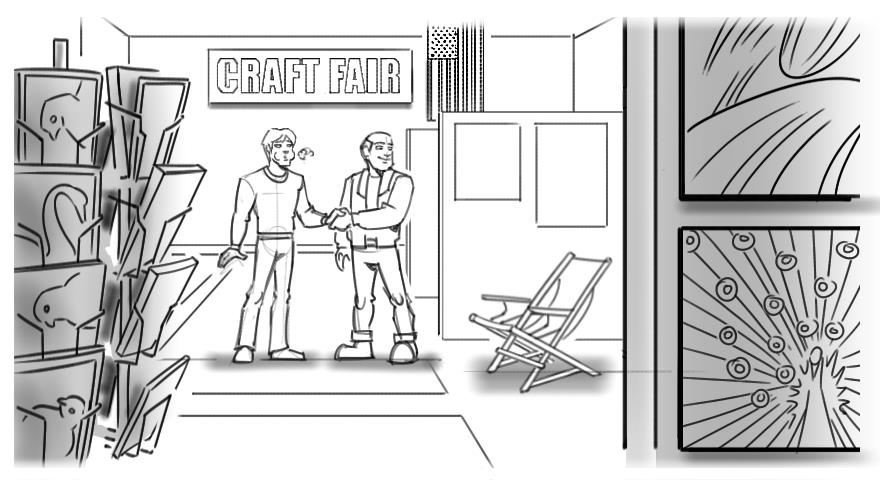 I was so relieved, and felt a huge weight come off of my shoulders. Now don't get me wrong, I'm not saying you should all go out and steal someone else's designs. These days, things are copyrighted and IP'd and everybody's all lawyered up. But that sling rocker chair had come into the world iteratively, like shipwrighting skills. People got better and better at it and the product improved through succession and collaboration. No one owns a shiplap joint and back then no one owned that chair (though I'll betcha someone with lawyers does today).

Rusty and I remain good friends to this day. But before you think I got off easy for taking that design, well, I didn't. Rusty might not have given a damn, but though I didn't know it, the karma was going to come back around one day.In the meantime, I had caught the chair bug. And I was eager to develop something that was my own design. 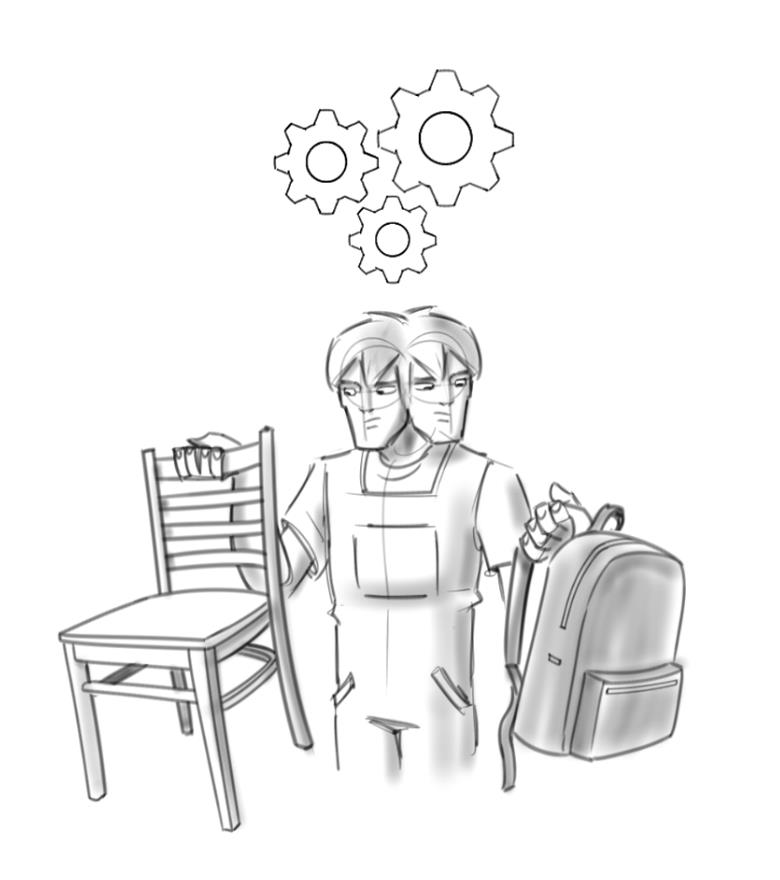 I had had this idea kicking around in my head for a portable chair that would fold up into a backpack. This was, at that time, a unique product; I poked around and found no one had done anything similar, so I started designing and building prototypes. When I finally arrived at an iteration that I was happy with, I decided to do everything legit so I went and patented it. Next I started bringing these to the craft fairs.

Now I designed this chair for other people to buy, but after doing tons of craft shows—from my home base in L.A., man I was going as far north as San Francisco and as far south as Arizona, every single weekend—I decided to design and build something for myself. See, at these craft shows you can't be on your feet all day. I'd park my ass in the sling rocker chair in my booth, but of course you've gotta keep getting up to demo your products and press the flesh. I'm a pretty tall guy, 6' 3", and I got tired of hauling my ass up out of that low-slung chair all day.

So I set about making the perfect chair for me, to be used specifically at these all-day craft shows. I knew I needed something that folded up, so that I'd have more room in my truck that I could fill with the sellable stuff. And I knew I wanted it to be tall, so that I could sit in it and still be at eye-level with customers. 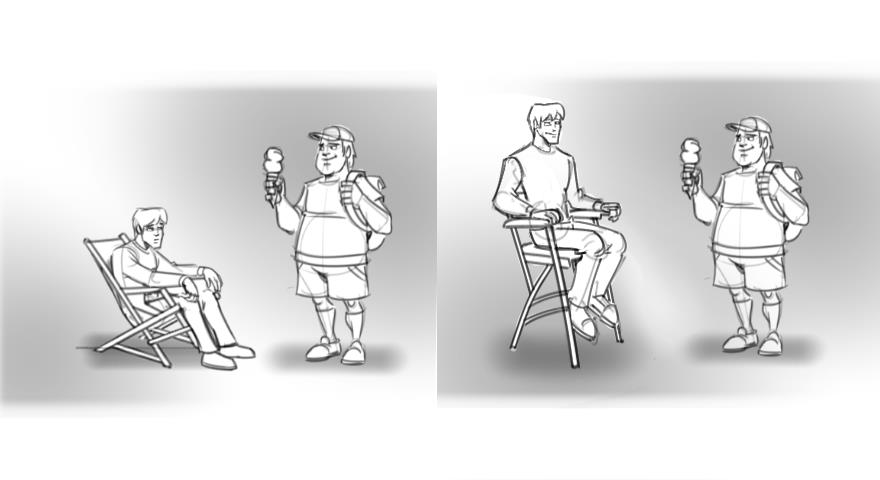 I'd thought about just buying a typical Hollywood director's chair but examined a few and found they were all cheap pieces of crap, designed more for folding and portability and less for sturdiness and actual comfort. So what I came up with was anything but. It was sturdy, heavy and had big, fat, comfortable armrests that you could really lean on. The back had two inches of padding on it, the seat, 2.5 inches.

While I'd gotten the production of the folding backpack chair down to a manageable time, this new chair took about two to three months start-to-finish. And it was made out of oak. I'd caught wind of a local cabinet shop looking to get rid of their scrap, which was all 1.5-inch-thick pieces of oak—and they had ten years' worth of it. The deal was I could have it if I took it all, so I took it all with a bunch of backbreaking truck trips. At least this time, my car didn't get stolen.

So here I am at the craft shows, sitting in my new, comfortable chair, which made customers a lot easier to deal with. If you've ever dealt with the general public, you know some people can be difficult. For example, one day I'm at the Half Moon Craft Festival and this fat, middle-aged guy walks into the booth. Guy's not even looking at the right product; I'm selling the backpack chair and this guy keeps eyeing my personal chair. "How much?" he says.

I start gesturing towards my backpack chairs. "These all go for—"

"No no, the chair you're sitting in," he presses.

"How about ten?" he says, pulling out this thick wad of cash. "I want ten. I'll pay in advance."

I'm sitting there thinking, who the hell is this guy? (I'll cut to the chase and tell you: His name was John Coffee, he was a big-time sound engineer in Hollywood. And when he saw these chairs he figured there was a demand for them on studio sets.)

I took his money, but told him he'd have to be patient. So at first he was. Then, after I'd delivered that first batch, he wasn't. "I'll take another ten," he said, as soon as he picked them up. Then he called me a couple days later. "You still working on the next ten?" he asked.

"Sure am," I replied, covered in sawdust.

"Good," he said. "Add another twenty to the order."

Now a two-month lead time is no way to make a profit, and I figured that I might have something on my hands here; so I took a gamble and hired four guys I knew, then I worked on getting the production time down.

Soon I was able to meet Coffee's orders in a reasonable amount of time, and then I stopped doing craft festivals. And started doing movie industry trade shows, selling directly to Hollywood. And then something happened.

Sometimes when you see comedians being interviewed on late-night talk shows, they talk about how when they were just starting out, an older comedian gave them their first big break. Well, I didn't know it at the time, but a famous comedian was about to give me—now a de facto furniture designer, not a comic at all—my first big break. 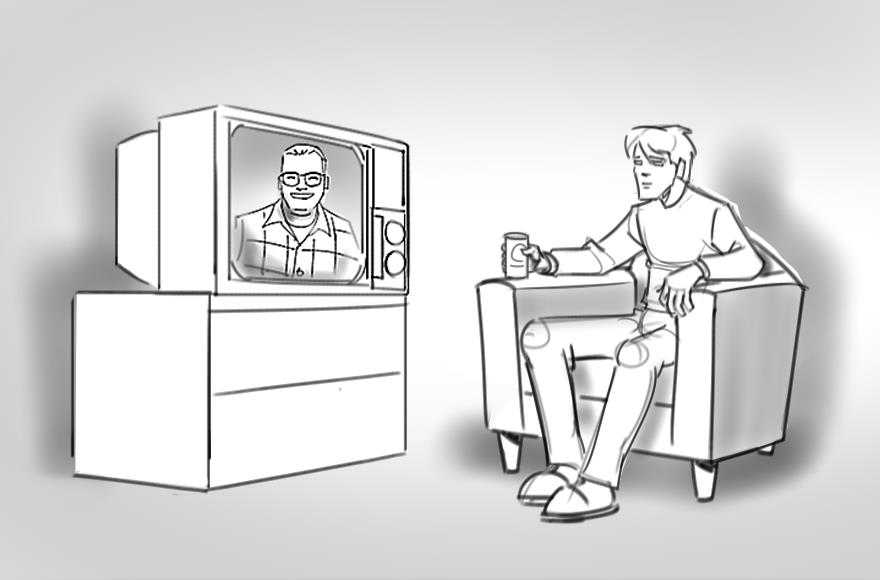