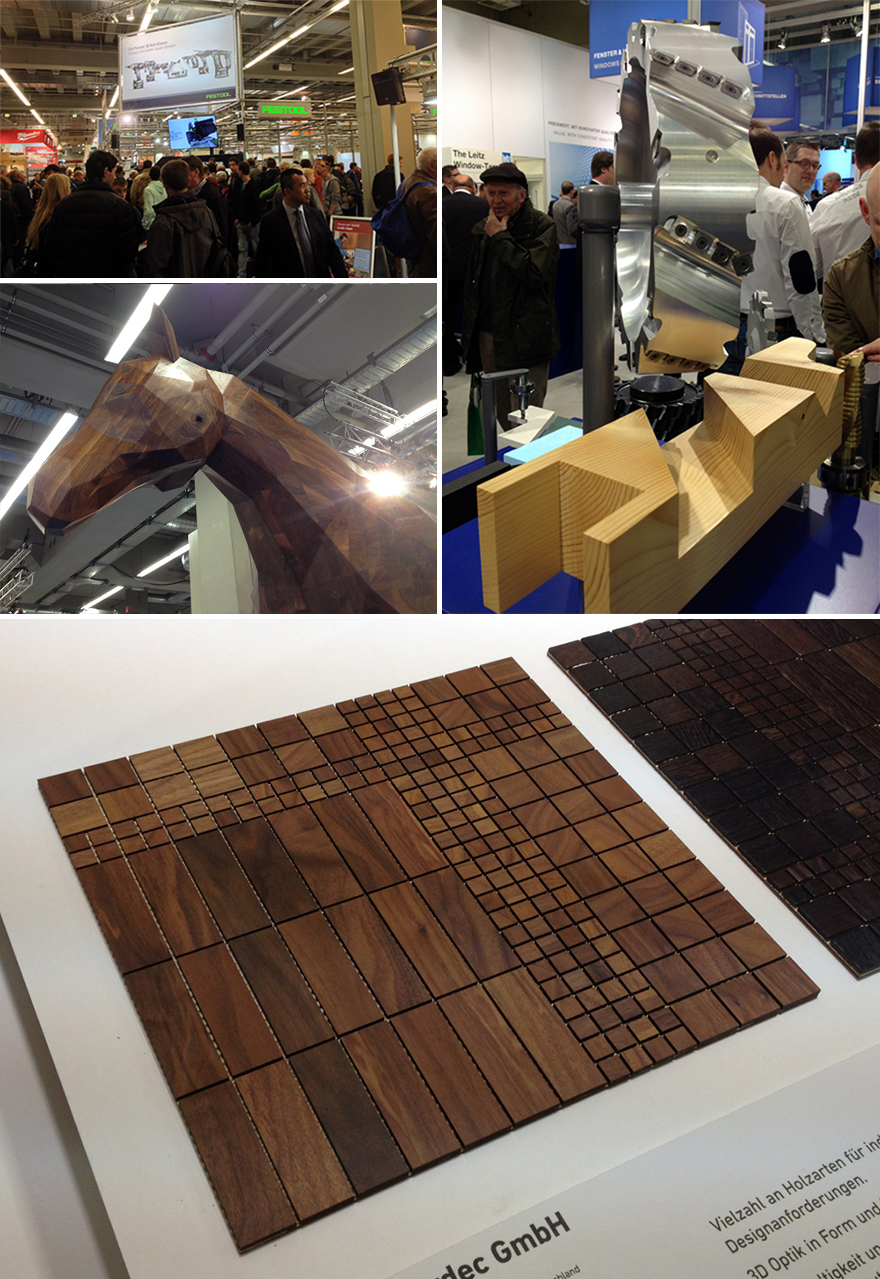 Hey folks, your correspondent is on the ground at Holz-Handwerk, a massive trade show in Germany covering everything under the sun related to woodworking and furniture building. Here they've got machines, tools, jigs, inventions, contrapations, guys named Hans, and all manner of cool stuff that you can use to make other cool stuff. Though the show is hosted in Germany and German companies are well-represented, tool manufacturers from all over the world--both major and minor--are here in force.

Unsurprisingly the Italian machines (like this jointer from SCM Group, for when you need to flatten boards that are a freaking half-meter wide) have a little flair

With thousands of exhibitors spread over six-and-a-half massive exhibition halls laid out like a sprawling college campus, I realize that I could not possibly see half the stuff in here if I had twice the time, and that makes me want to cry. Plus the flowing crush of 100,000 attendees makes shooting video demonstrations of anything just about impossible. Still, the intrepid Core77 editor soldiers on, bolstered by discoveries like the following: 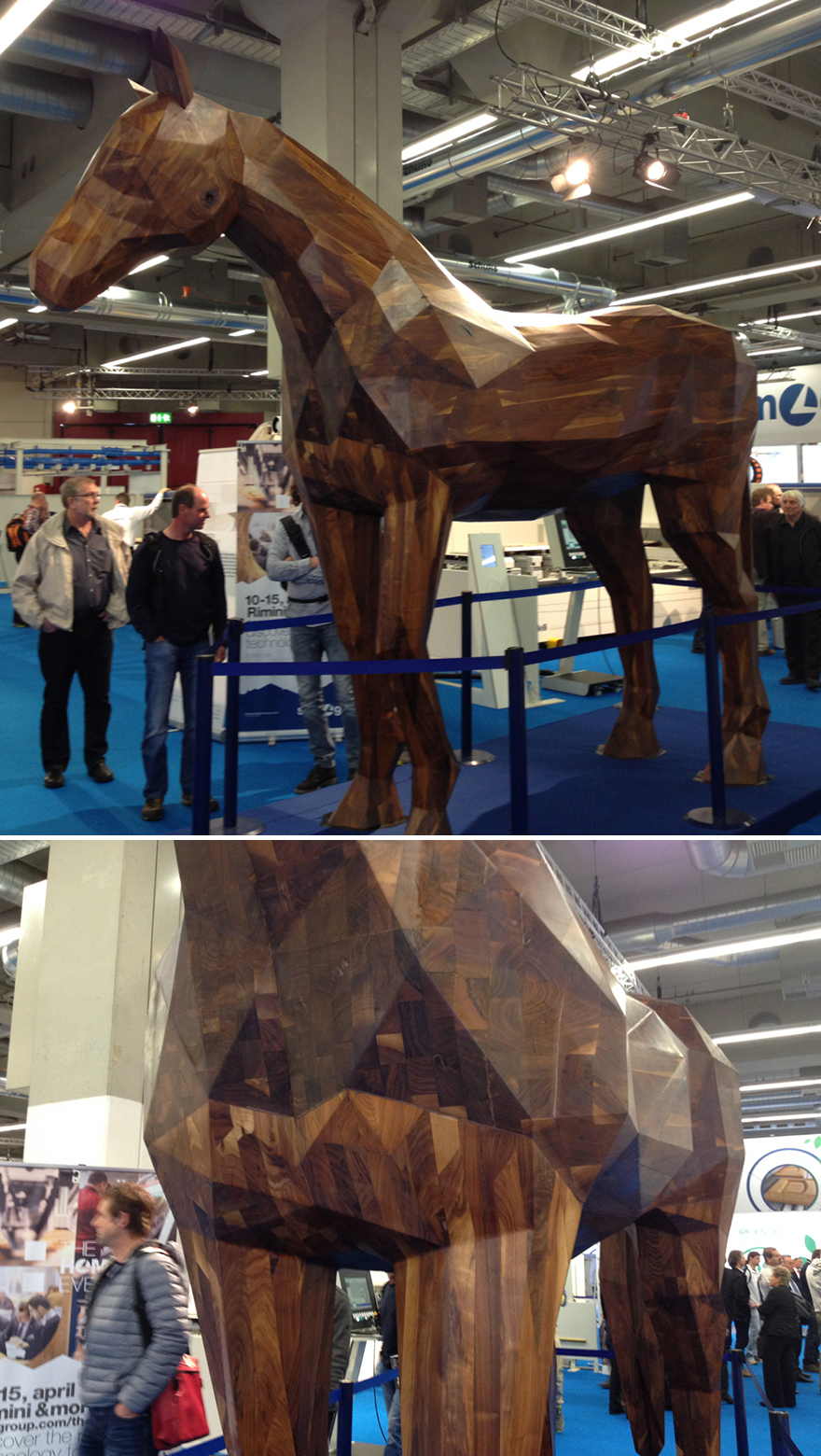 Deep down inside, I always suspected this is what bored craftsman raised in rustic settings did with wood cut-offs 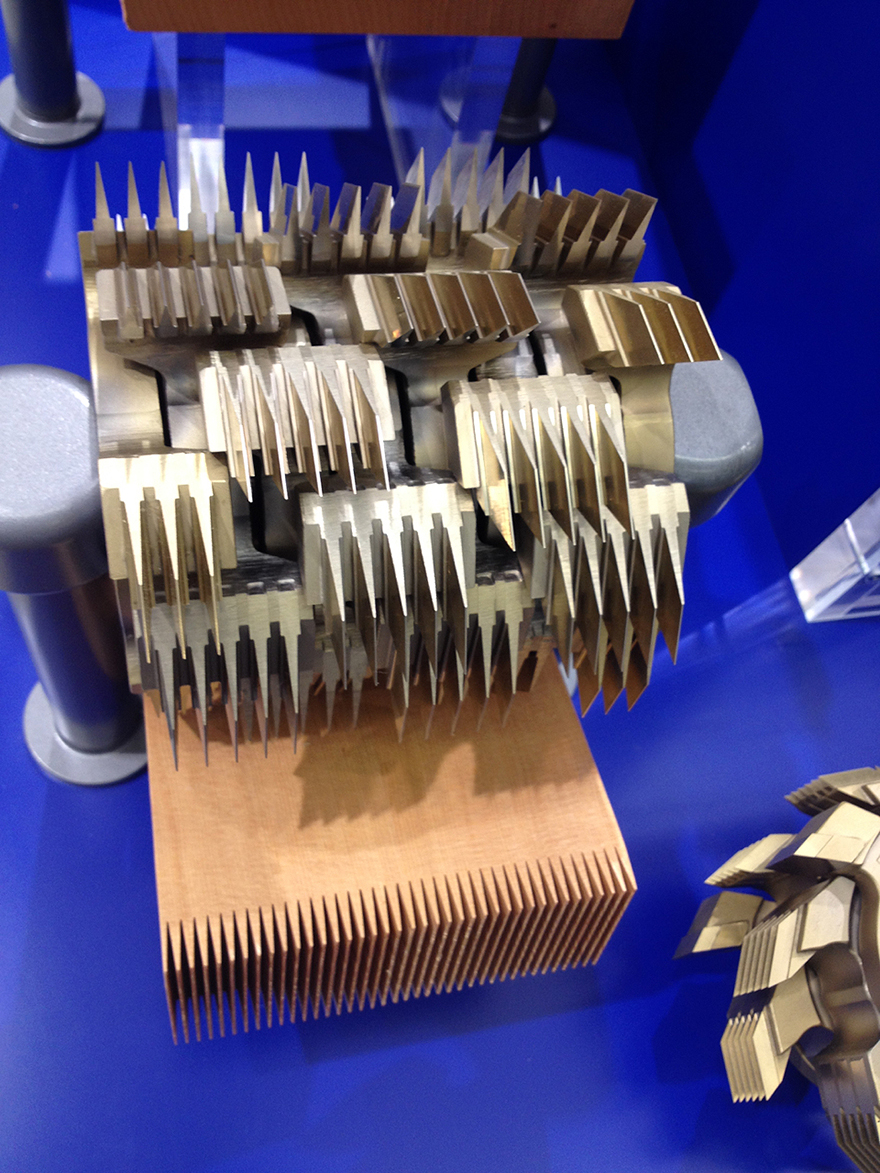 Aha, so that's how they cut finger-joints 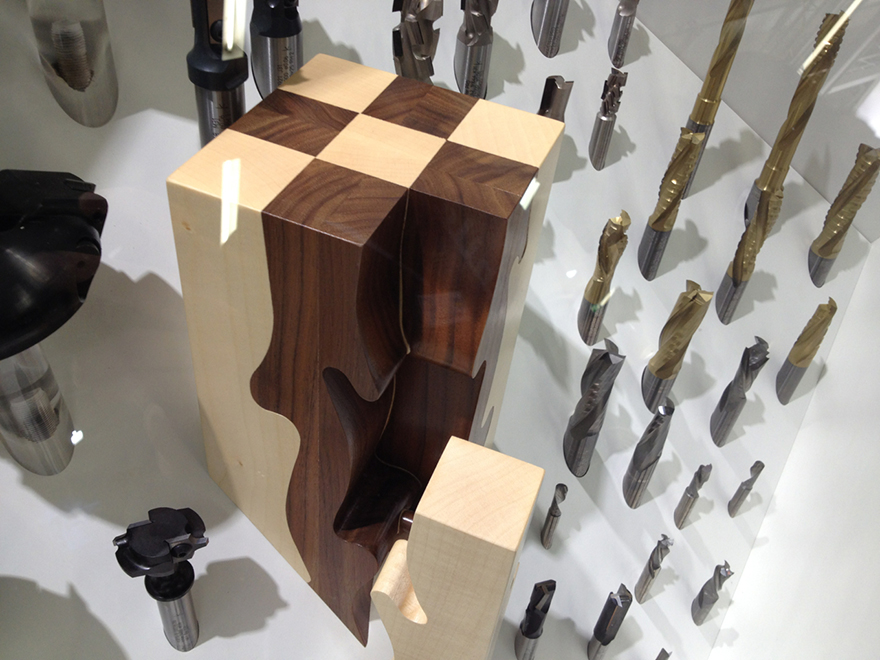 Aha, so that's how they make foot-tall chess boards with magical unseen joinery beneath the surface 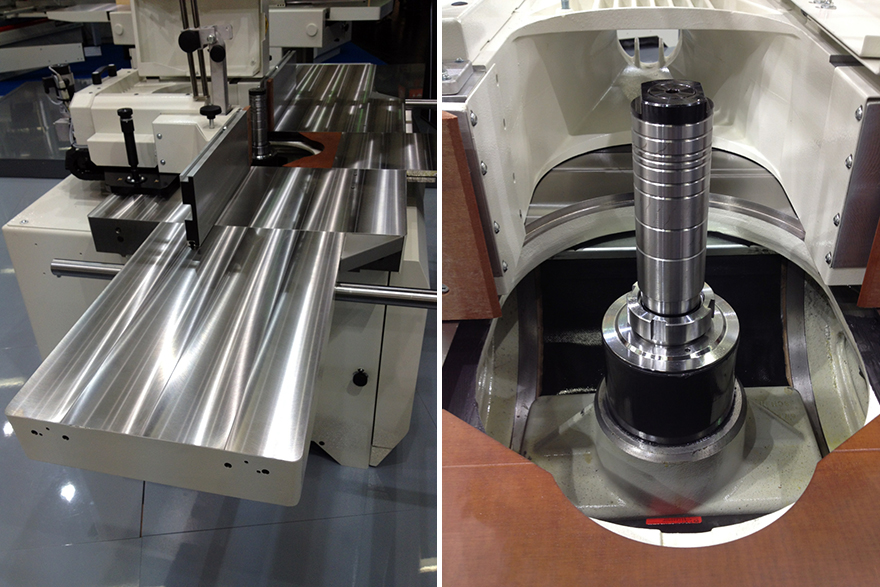 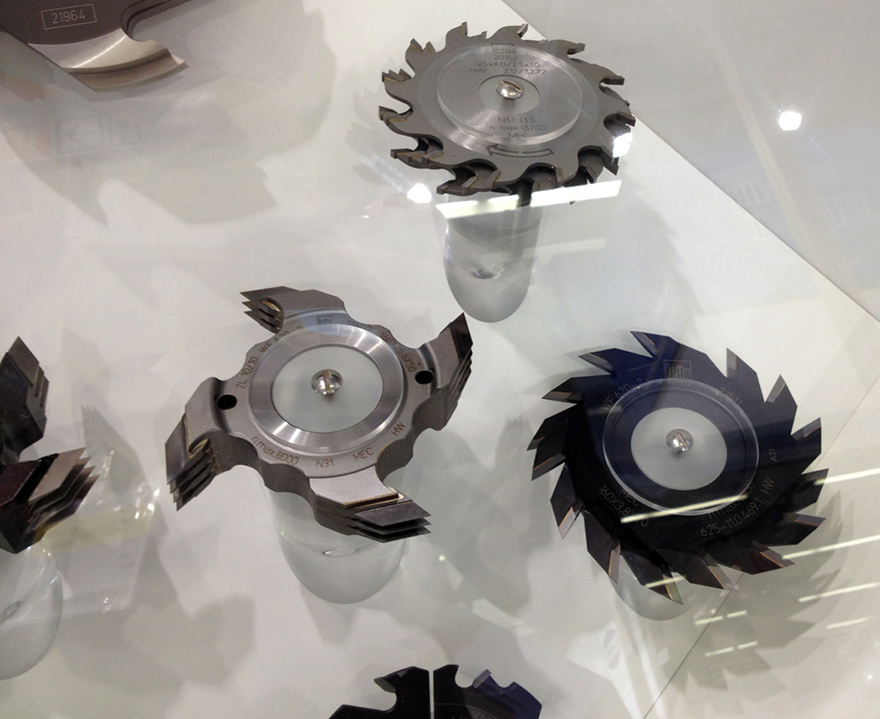 Aha, so these are the fruits of that rehabilitated ex-ninja work release program sponsored by the German tooling community 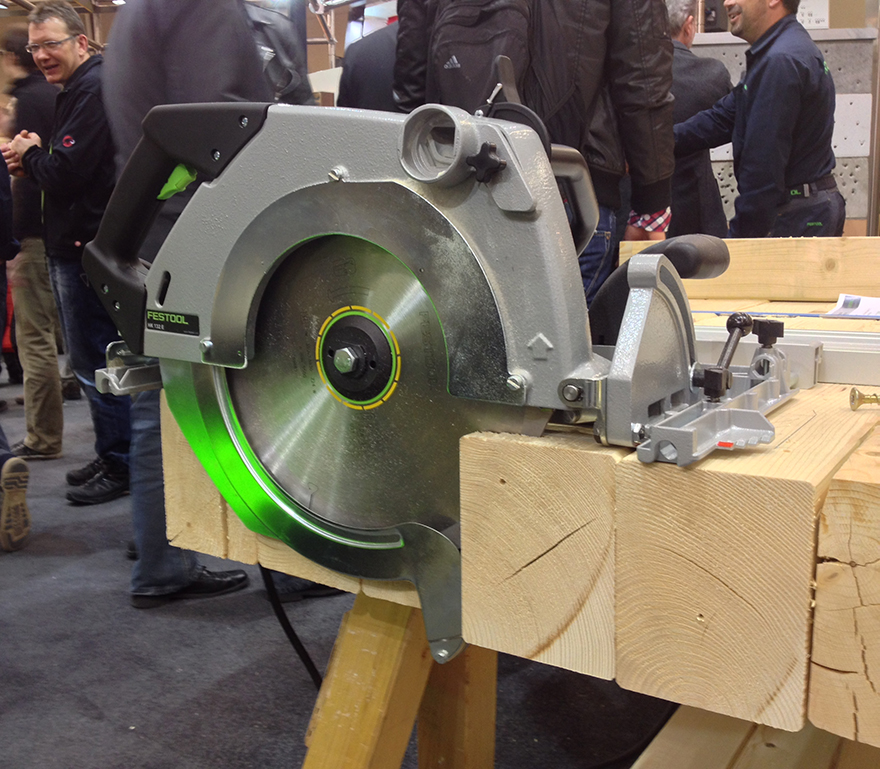 Aha, so that's the circular saw with a 132mm depth of cut that Festool makes for the Incredible Hulk to use for cutting timber-frame beams

Aha, so that's...actually I have no idea what the hell that is, but darn if it doesn't look cool.

Of course, these are just the things we spotted in the first few rows. Over the coming days we'll zoom in on individual items. And while capturing video and audio is damn nigh impossible here, some exhibitors do of course boast their own, so here's a taste of what you're missing in terms of demonstrations in the CNC exhibition hall alone. Here a sales manager from SCM Group breaks down the company's Profiset Planer and multi-axis molder, and tell me his accent alone doesn't make you want to buy the machine: