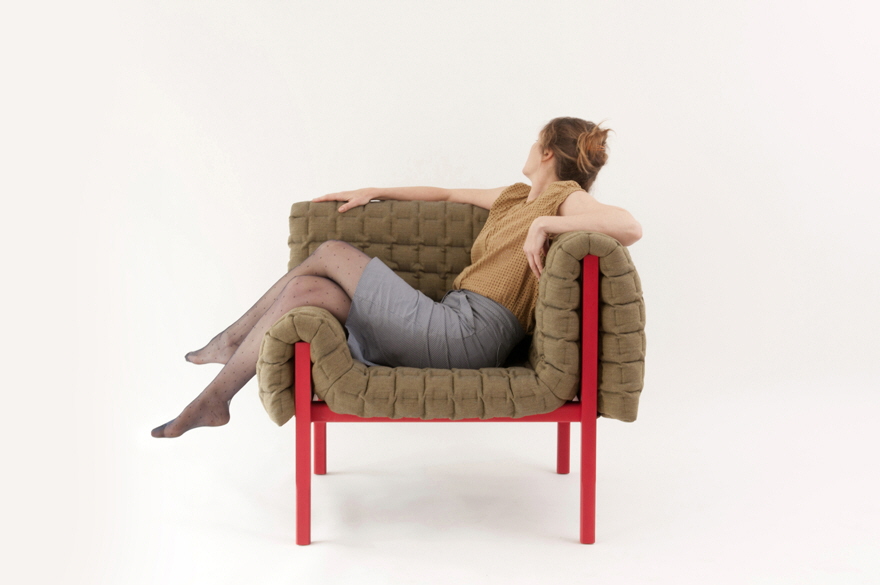 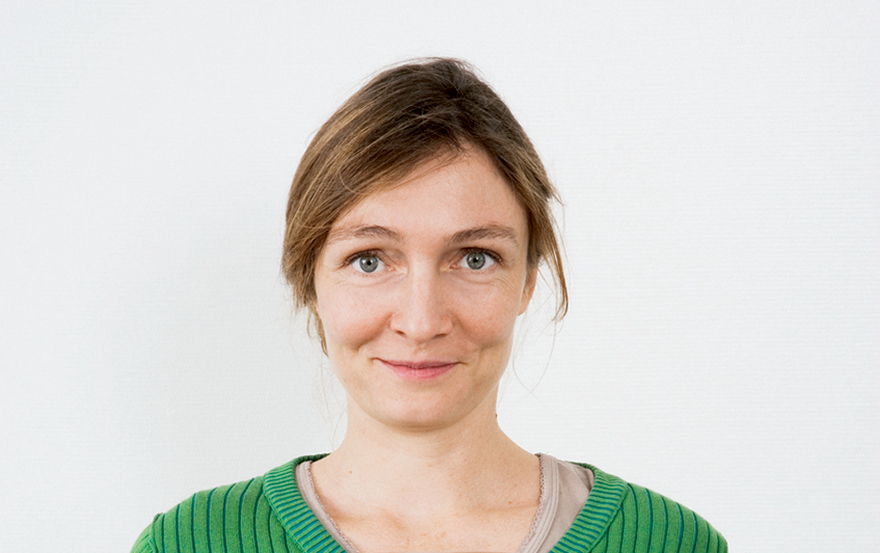 This is the latest installment of our Core77 Questionnaire. Previously, we talked to Jonas Wagell.

Current projects: In Milan, I will present a pinboard called Pinorama, designed for the Danish company Hay. It's a metal grid with rectangular holes and cork, so you can pin items in the cork or hook items in the grid, or you can add accessories like shelves and a mirror. It's a kind of "wall furniture" that acts as storage for daily things like keys, papers, pictures. It can be put in an entrance, for instance, or in an office.

Also with Hay, I will also show some archive boxes that are made from cardboard, with a special lid like on letter boxes that allows you to insert your papers without opening the box. There is also a drawer in it, so that when you really want to organize your papers, you just pull the drawer out. The boxes come in different sizes and they are covered with some special patterns that I designed.

Mission: "Mission" sounds really Catholic, and I'm not Catholic. My job is to design objects that are easy to use and nice to see and possible to produce. This is the sum of industrial design. So there is a kind of trinity, with use, beauty and producibility. 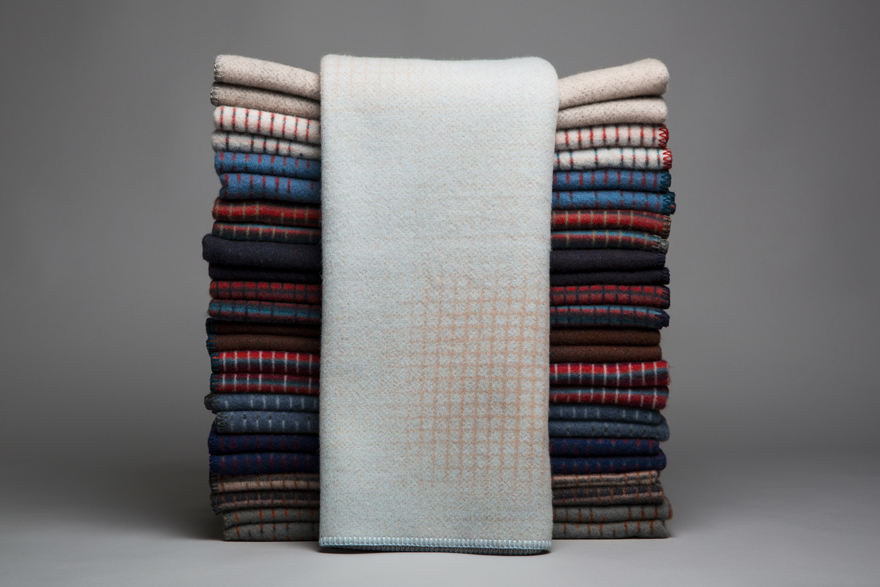 A new line of blankets for the Norwegian company Røros Tweed. Photo by Erik Five 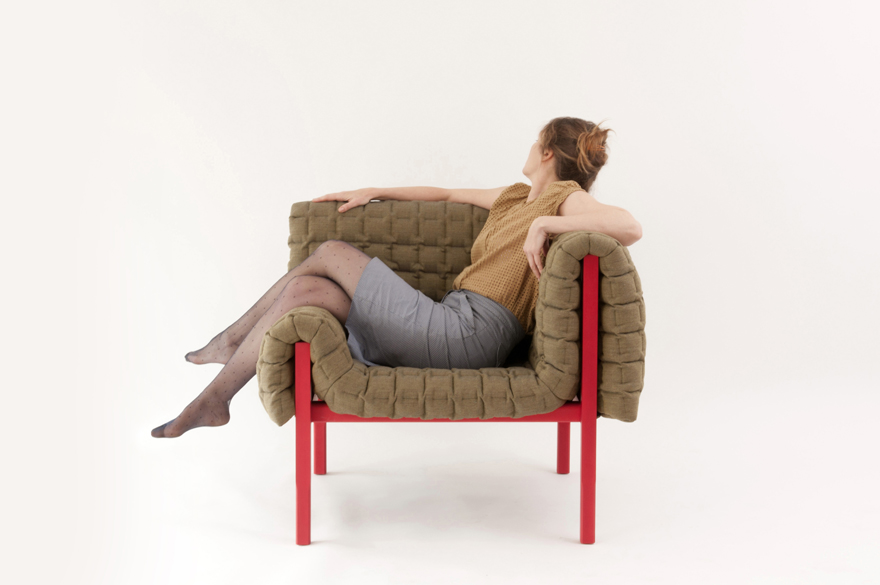 When did you decide that you wanted to be a designer? I never really decided, but I was always attracted to it. As a child, I was always building objects, and I was always looking at objects and thinking about the people who had conceived them, and imagining all the difficulties they had to find good solutions. But I didn't know about being a "designer" until much later.

Education: I studied in Paris at a small public university for industrial design called ENSCI.

First design job: Working with Marc Newson in Paris for six months. I learned a lot from him, because he has a really strong technical knowledge and spirit. When you're a student, you don't realize the hard realities of producing objects, of making them really exist. With him, I learned that.

Who is your design hero? I'm really against that. I can't have a design hero if I haven't met this person. So, for instance, of course everybody likes Castiglioni or Vico Magistretti, but as long as you don't meet people in real life, maybe they are good designers but bad people. So they couldn't be my heroes.

In fact, I'm not a fan—I don't have the spirit of a fan. I was always interested in objects but not that much in the personality of the people who designed them. I never read books about designers. My knowledge of objects comes from the flea market, where there are no names. 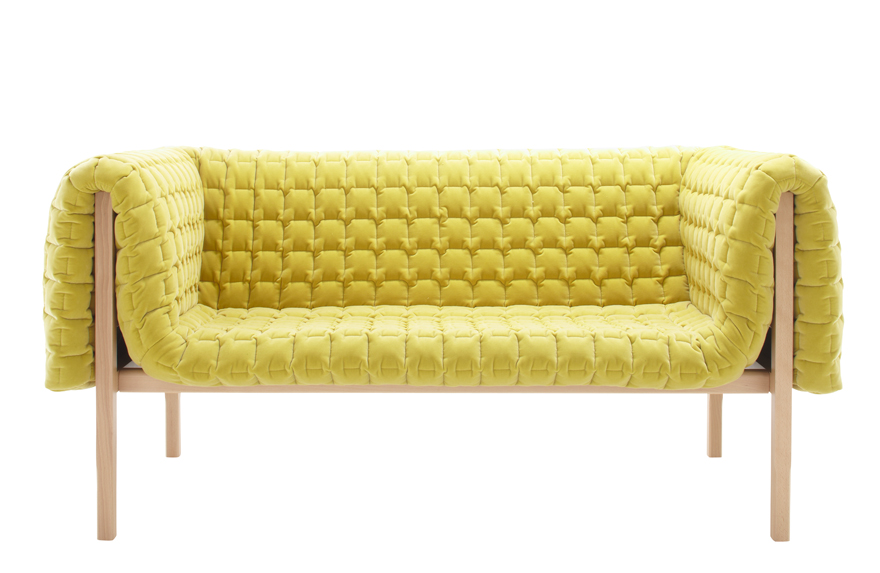 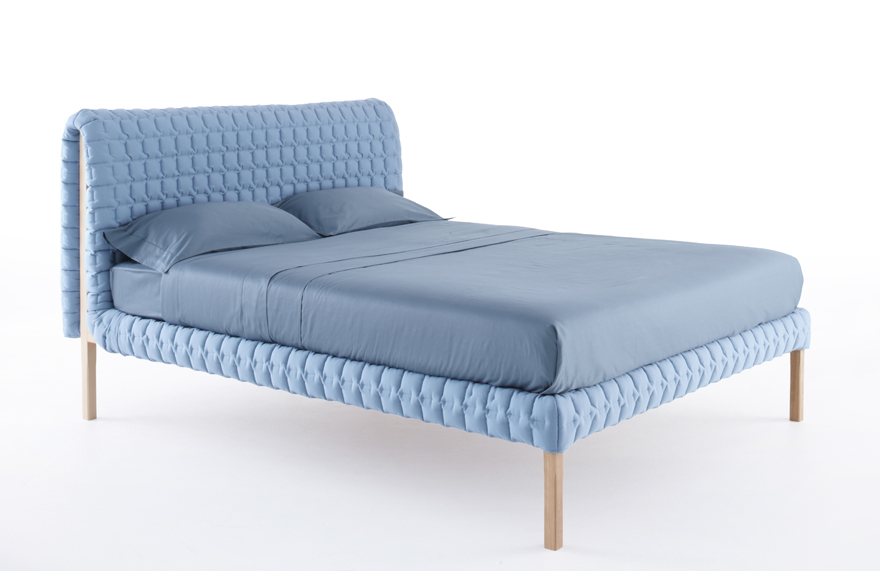 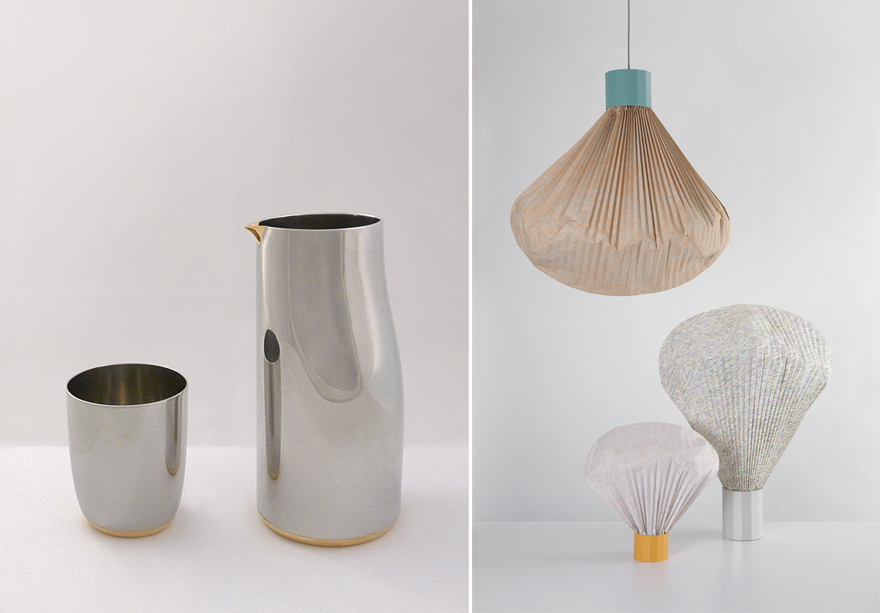 Left: a glass and pitcher for the Swedish company Svenskt Tenn. Right: Vapeur lamps for Moustache in Paris. Vapeur photo by Claire Lavabre

Describe your workspace: My workspace is a big mess. It's rather small—25 square meters—and there are four of us in it. But soon I will move, and my workspace will be 100 square meters. It's a big promotion. For now, it's a small workspace full of models and samples; it really doesn't look like the perfect spaces of some designers. For instance, you might find an old piece of cheese on my desk; that's really common.

Other than the computer, what is your most important tool? It would have to be my brain and my hand, because I always draw by hand at the beginning; it's my way of searching for ideas.

What is the best part of your job? As a freelancer, you're always in contact with companies that are using different techniques, that are producing different kinds of objects—huge objects like sofas and tiny objects like light switches. You always have to learn something and change your mind, and you always work with foreigners, which is great. I work 80 percent with Italy or Scandinavia and 20 percent with France.

What is the worst part of your job? The fact that often you work for two years without being paid, on an object that will maybe be produced in two years, and you will only get royalties after that. So it's really hard to make money. Also, you have to deal with many people within companies whose aims are not the same as yours. For instance, there will be a technician who wants you to use this special metal because, in fact, they ordered a big truck of it by mistake and they want to use it up. It can get really complicated. Being a good designer means not only having a good idea but making it exist, even if you have many people going in another direction. I think that's the hardest part. 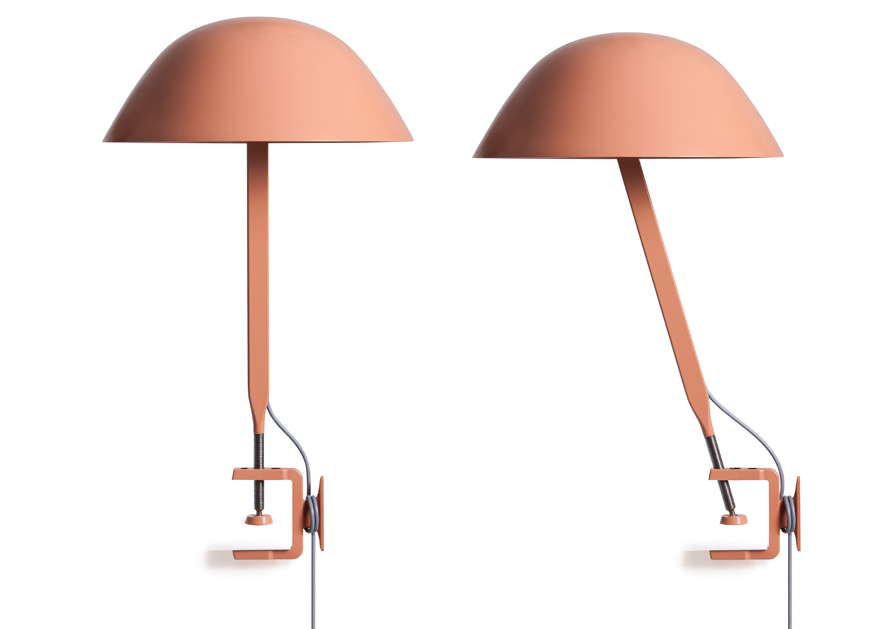 The w103 desk lamp for the Swedish company Wästberg 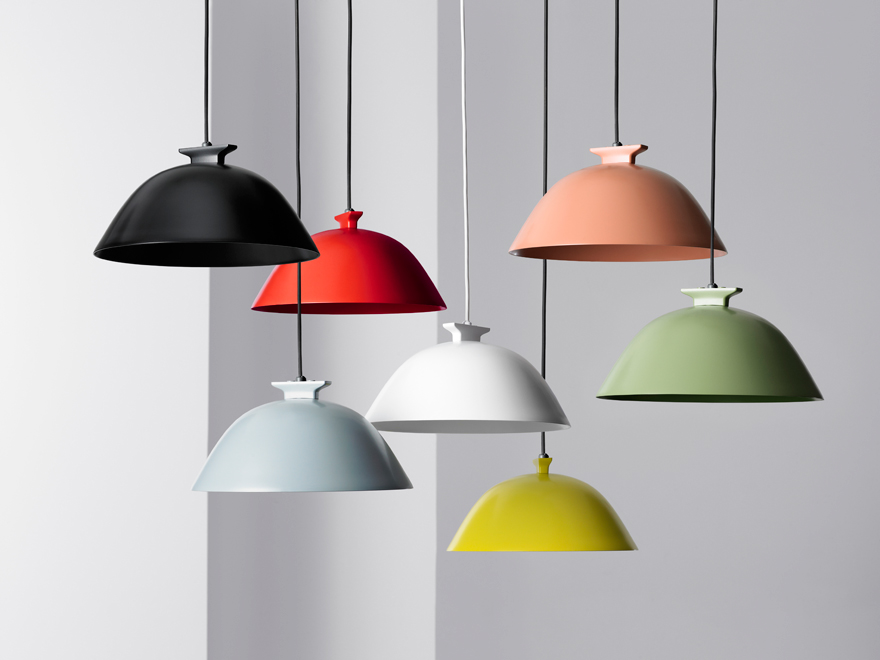 Sempé has also designed a pendant version of her Wästberg lamp.

What time do you get up and go to bed? For that, I will sound like I'm 90. I am this kind of boring person who is not crazy about weekends but loves Monday morning. I wake up at 7:00, and then I go to bed around 11:00.

How do you procrastinate? All the ways possible. I can have a terrible need to wash all the bathrooms in my apartment. Or it's an emergency to find a new kind of screwdriver on eBay. Or I have to buy a new house in a country that I've never been to, and I have to check out the prices in Namibia, for instance.

What is your favorite productivity tip or trick? Unfortunately, I don't have any. But I always like it when we only need to work in Photoshop. This means that we have the final pictures of the object, and we just need to clean them up. It's a really relaxing time, but it's also the part that is not happening very often.

What is the most important quality in a designer? To be patient. Because it takes such a long time to make an object exist, and there are so many problems for production that you can have.

What is the most widespread misunderstanding about design or designers? I don't know if it's the same in the U.S., but in France "design" is also used to qualify a kind of contemporary style for objects. So people might say, "Oh, this table is design." Which would mean that it's a special style—that's a common mistake in France.

Also, people believe that it is a quite recent activity—when, in fact, design always existed, even if it was not done by designers but by cabinetmakers or metalworkers. They were all designing objects according to their tool possibilities. 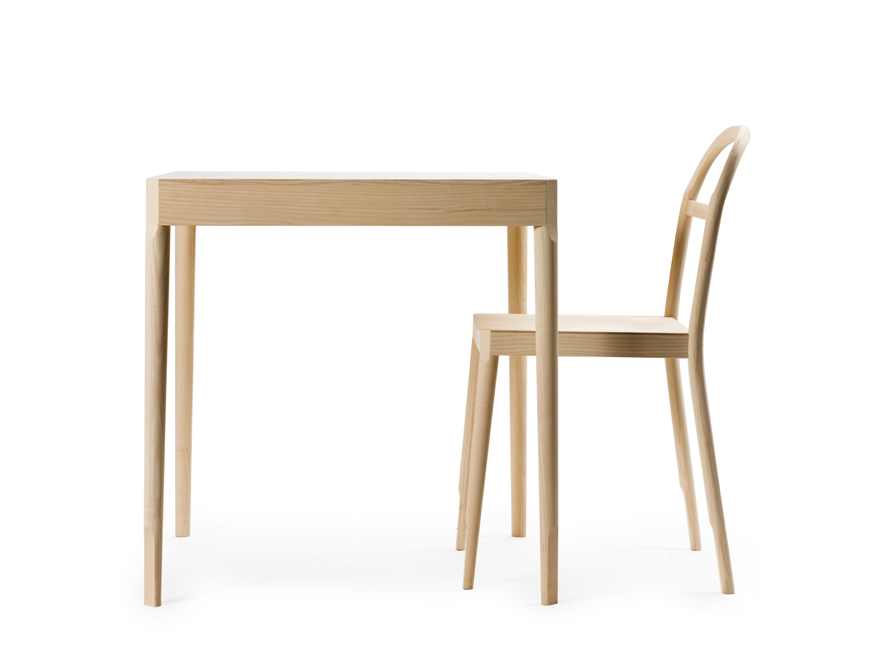 The Österlen chair and table for the Swedish company Gärsnäs 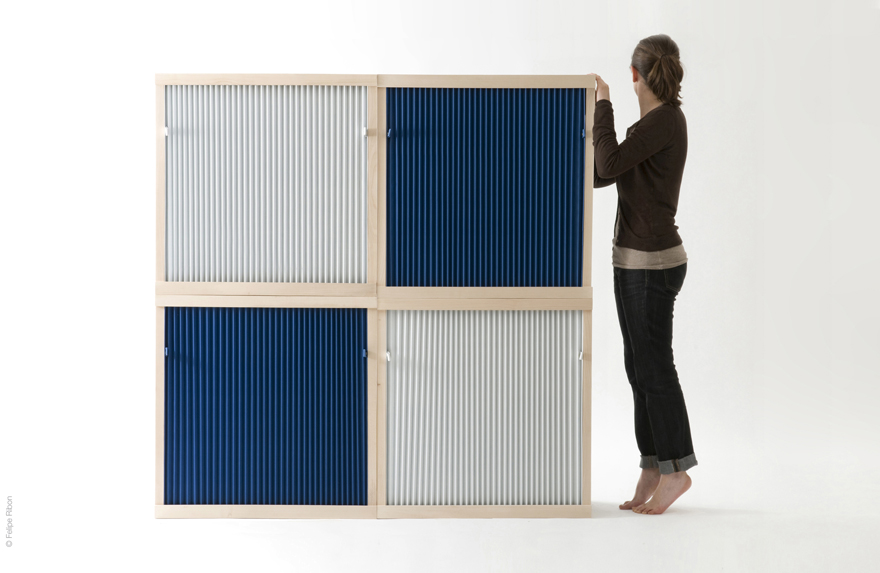 What is your most prized design possession? I'm not that much attached to objects; I don't like to own many objects, and I can't think of an object I am really deeply attached to. That may be a little strange, but I don't even want to own all the objects I have designed.

What is exciting you in design right now? The fact of collaboration with companies that have a special knowledge, and that you can help make some projects that can help them going forward. It's really an important role that a designer has, to use the knowledge, the mission, and the culture of a company, and to make an object that can fit in the mind of the designer and fit for all of the company.

If you could redesign anything, what would you choose? I would redesign the game Scrabble, especially the travel version, which is ugly and poor quality—the letters vanish because the print is so bad. Whereas when I played Scrabble as a child, the letters were engraved and so they never disappeared. There was a quality in the design that is not there anymore. I think it's a great game that deserves a real quality design, and I'm ready to do it.

What do you hope to be doing in ten years? In one year—Scrabble. In ten years? I want to stay a small company and keep on working with a lot of variety—different kinds of objects, different scales, different companies and countries.