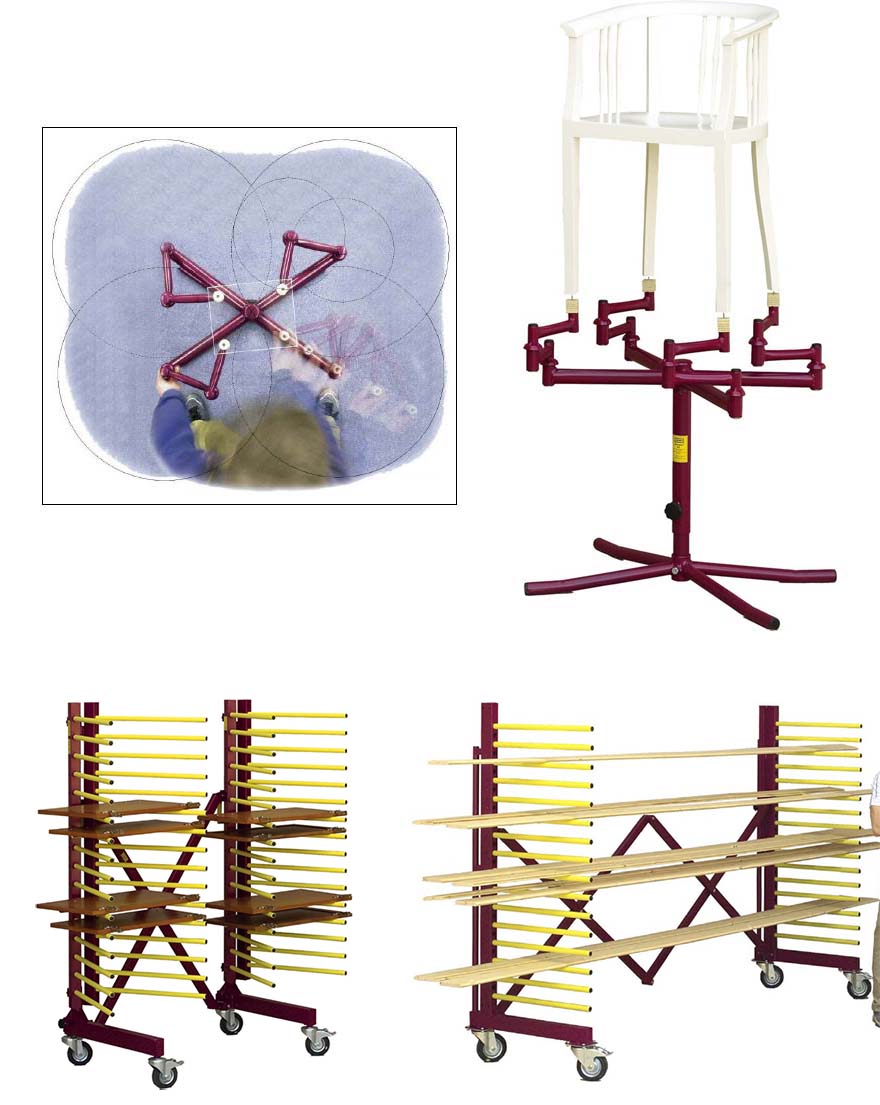 In 1968, the Winkler family patriarch was a cabinetmaker working in his native Austria. He needed something to help him maximize his shop space, particularly where materials and cabinet parts storage was concerned, but could not find existing products on the market to suit his needs; so he set about developing a series of rolling, adjustable storage carts of his own design.

Winkler soon began selling the carts to other cabinet shops, building up a small, successful business in Austria. But it wasn't until the '90s that his son took over the operation and hit up their first German trade show, propelling the company into the global market. Jowi, as the company is called, now does business on three continents.Jowi's designs are as simple as they are clever. This series of trolleys can expand and contract sideways by means of a scissors mechanism, to store everything from small parts just 25 centimeters wide to long shelves up to 3.2 meters in length: 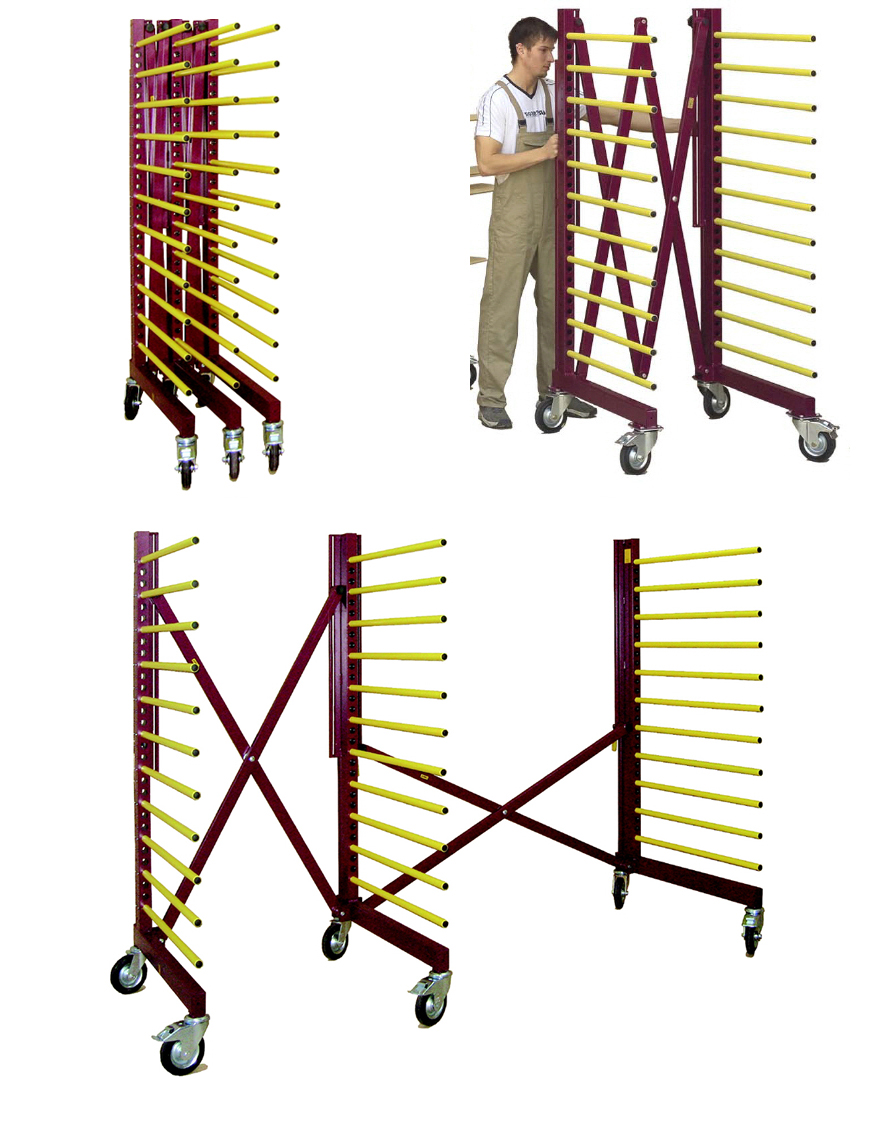 These fixed trolley designs can be nested with their brothers, saving a lot of space when they're not in use: 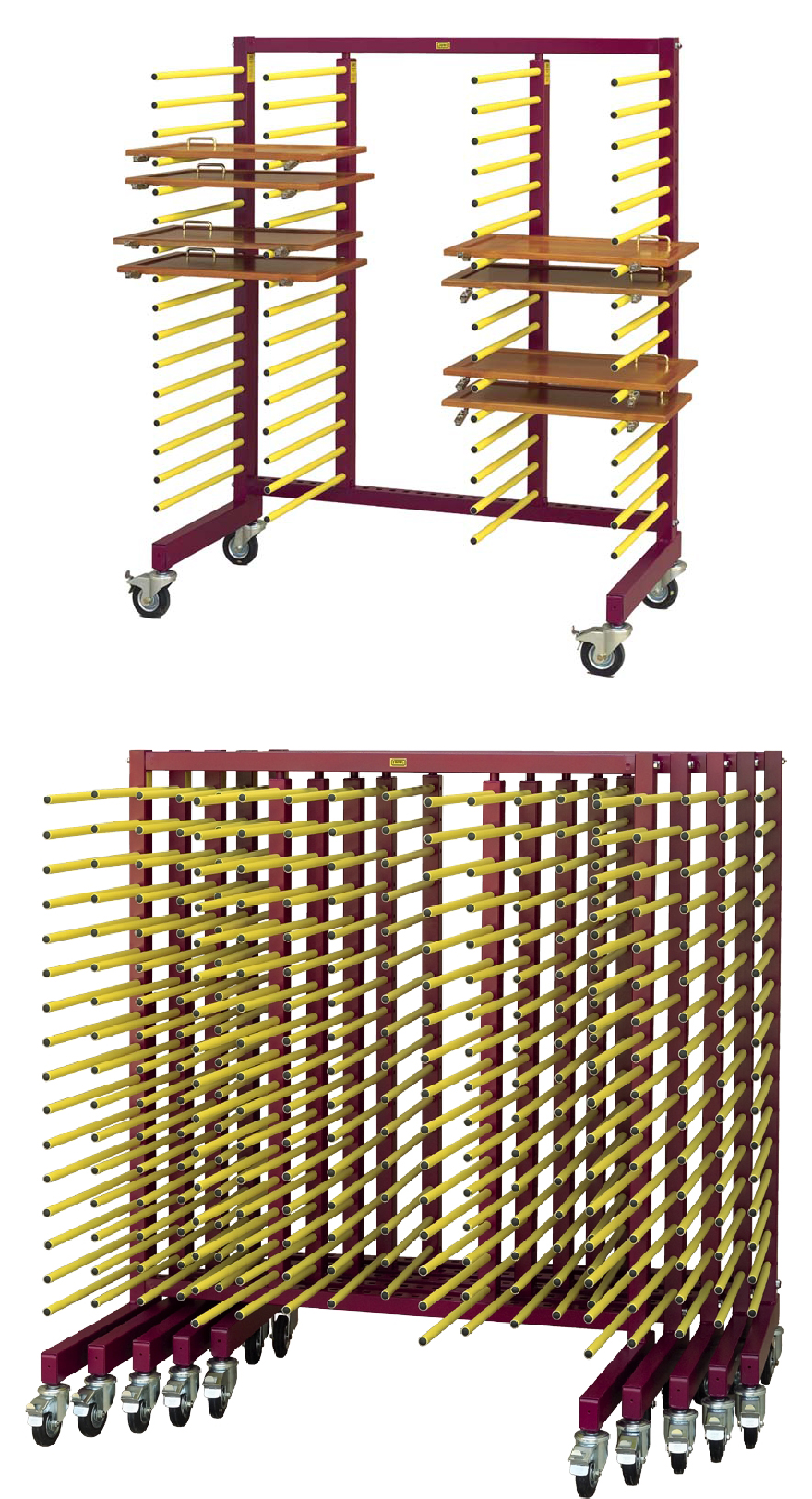 The support tubes on all of Jowi's trolley models can be popped in and out to make space:

These Dolly models feature removable shelves that are slanted, so the materials on them will lean to one side, resting on the tubes for support. 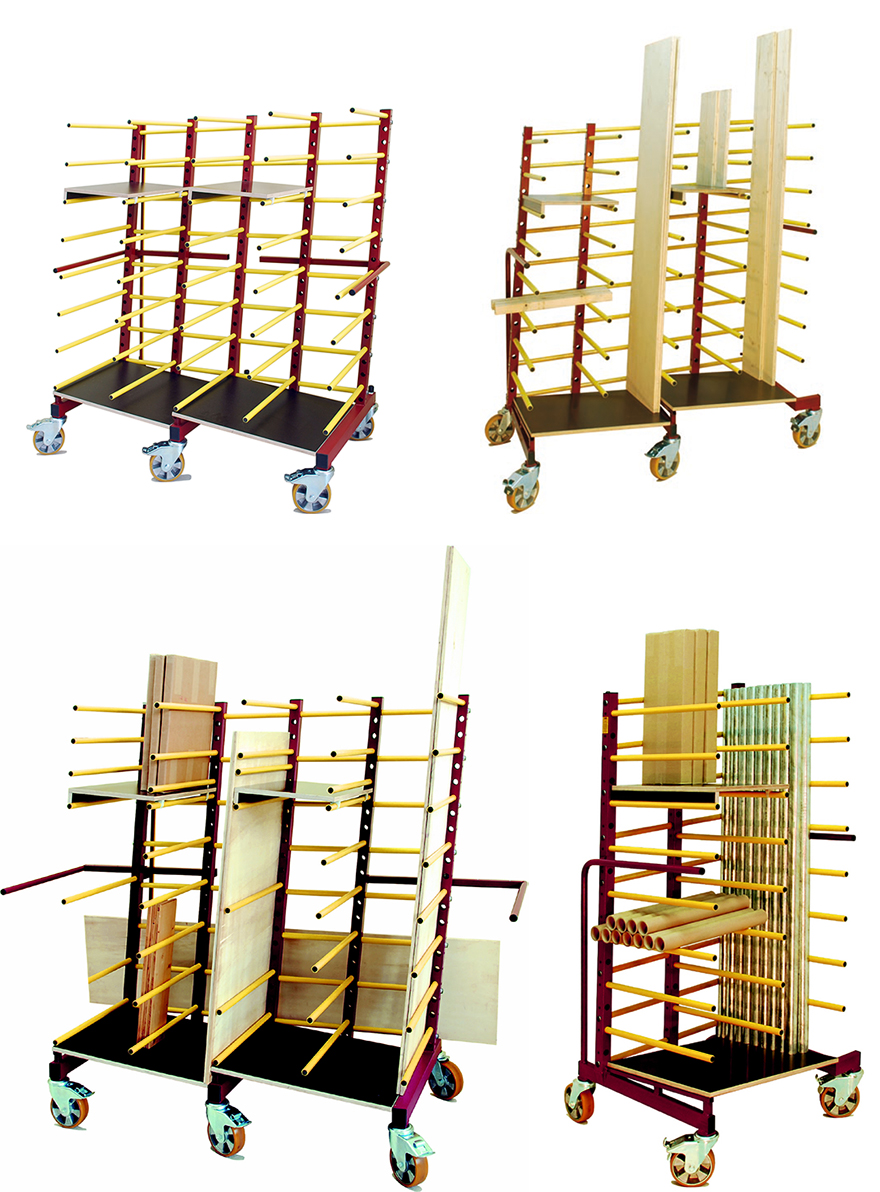 And that clever Octopus Spray Table up top is not only infinitely adjustable to suit differently-sized pieces, it also rotates so you can spray your item 360, and it's coated in a no-stick surface that makes glommed-on overspray easy to peel off afterwards. 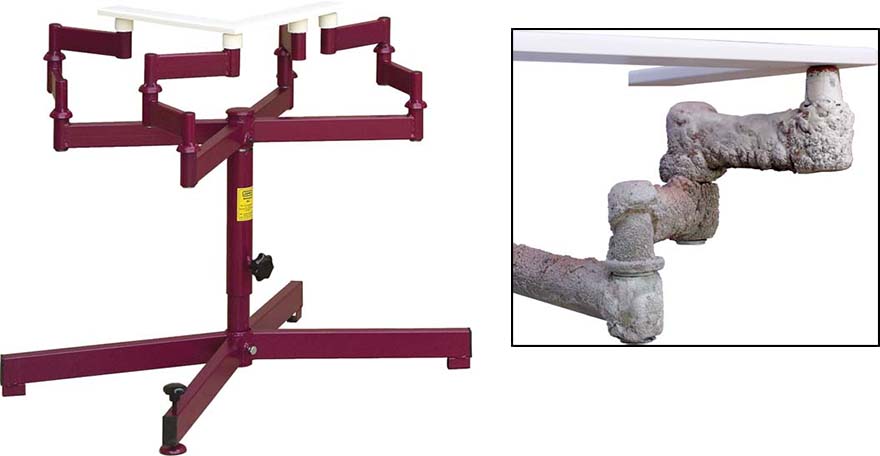 Check out their full line-up here.