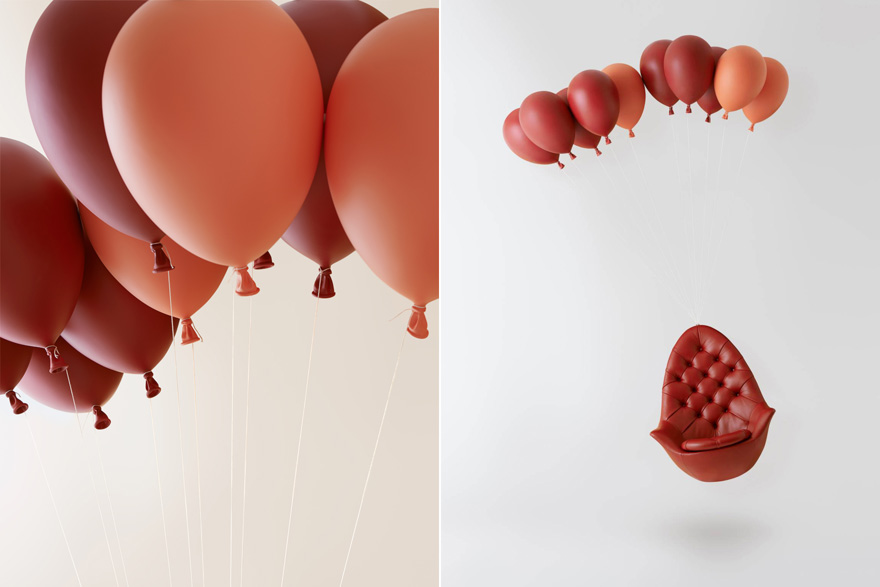 The phrase "balloon chair" could mean any number of things, really, so h220430's take fits the bill as well as any of the possibilities (according to their website, the company takes its name from its birthday). If I understand the description correctly, the chair is mounted to the wall, as is its canopy of airless FRP (i.e. non-deflating) balloons, but this scarcely detracts from its visual effect. According to the Tokyo-based design studio, "if you sit in this chair, you'll be able to think positive thoughts even if you are feeling down."

And while the "Balloon Chair" might evoke a certain Disney/Pixar film for many of us, it was actually inspired by Albert Lamorisse's classic featurette Le Ballon Rouge from over half a century prior. The critically acclaimed 1956 fantasy is viewable in full on YouTube, and if you haven't seen it (as I had not), I highly recommend it:

The "Balloon Chair" will be on view in Milan next week, at the Ventura Hive group exhibition, where we'll find out exactly how h220430 achieved the floating effect.