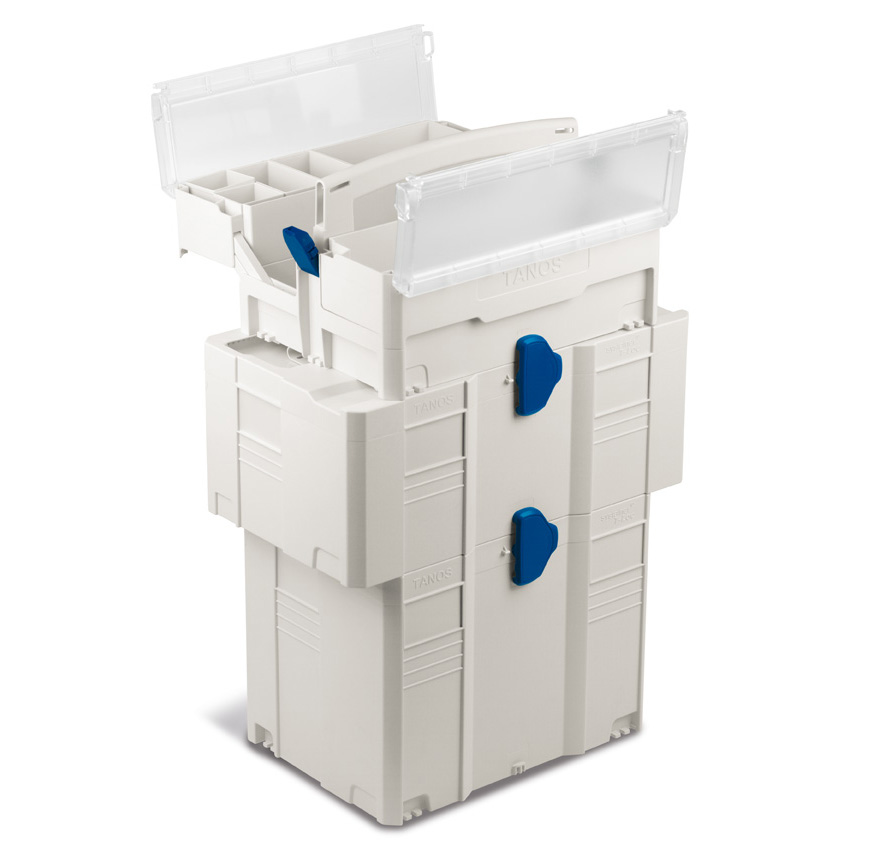 Tanos is a spin-off of engineering outfit TTS Tooltechnic Systems, and their sole purpose is to build out TTS's Systainer storage system. (Festool users will recognize the Systainers, as they come bundled with Festool products; no surprise as TTS is the parent company for both brands.) 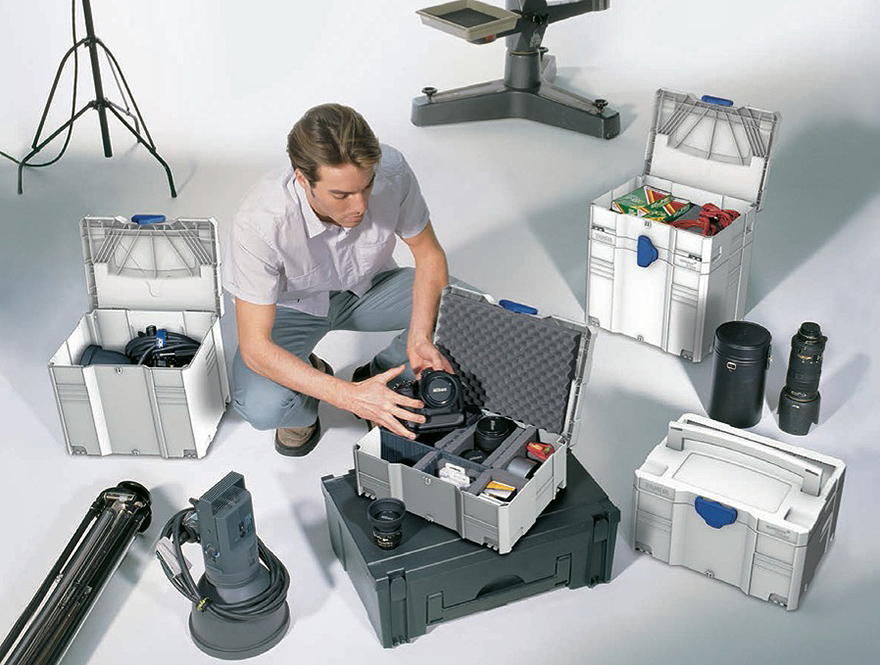 The design approach of the Systainer system is simple in concept and complicated in execution. They've created a full line of ABS cases to hold every single thing an end user could ever need, from large pieces of kit down to the tiniest part, and they've built in such modularity that every single case of every size will all physically connect with or nest within one another. This allows users to mix and match to build their own storage monoliths. 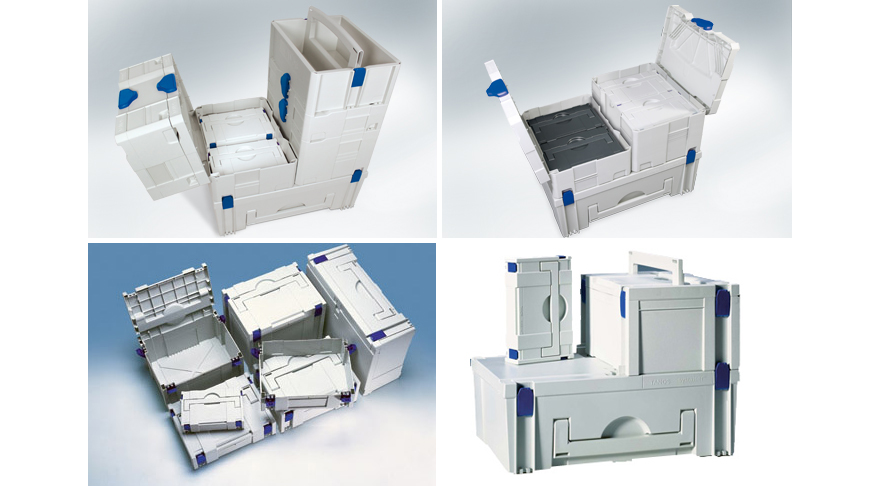 Here's the basic idea in video:

The case interiors can be further subdivided with a variety of accessories and placed on optional wheeled bases. 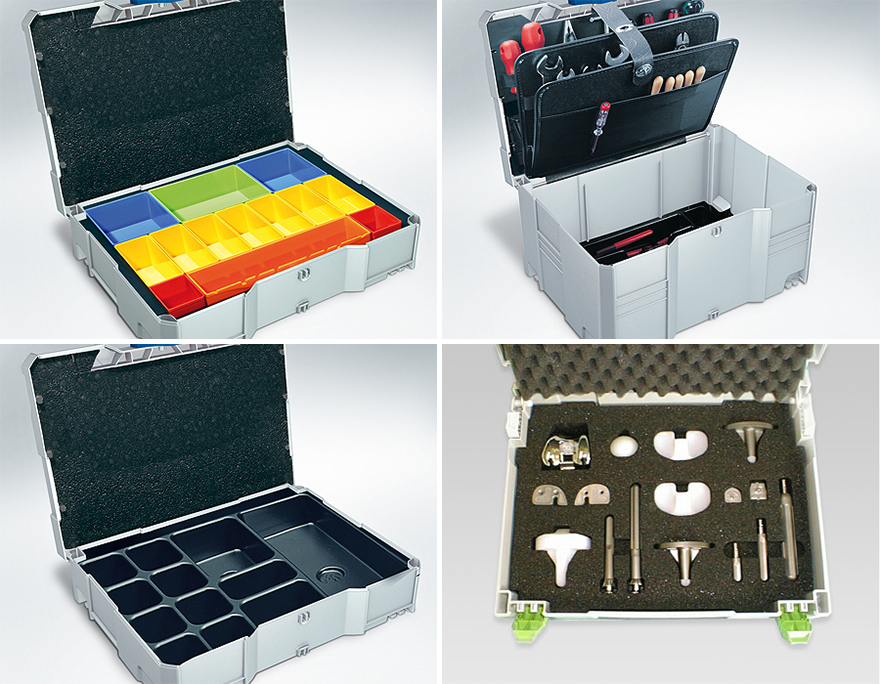 The system has been updated since we first looked at them in 2010, most notably by the addition of that rotating "T-Loc" handle. Tanos explains that particular design development here:

For the OCD-touched end user, the allure of owning a complete storage system that all connects is not to be underestimated. And in fact, among Festool users in particular the cases have built up an almost fanatical following. When browsing through user forums like this one you'll often spy photos of folks' actual workspaces with these in the background:

Next we'll look at the final design approach to tool storage that we spotted at Holz-Handwerk.