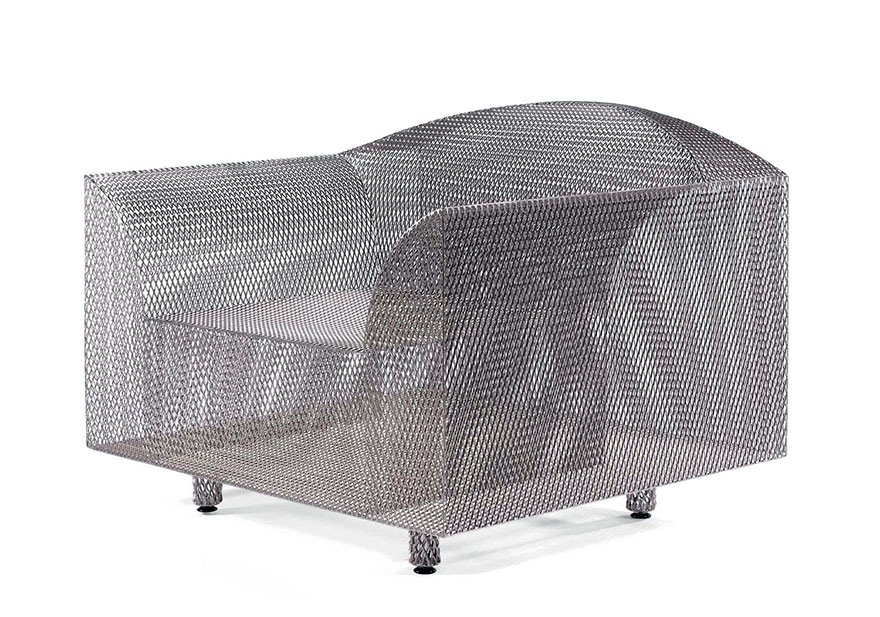 In this series, Matthew Sullivan (AQQ Design) highlights some designers that you should know, but might not. Previously, he looked at the work of T.H. Robsjohn-Gibbings.

"For him, an object, a piece of furniture, an installation is never finished inside the borders of its own physicality. For him, around an object, or around a piece of furniture or around an installation there is never a silence, never abstract dust; always the air around is vibrating, as if it were shaken by a central provocation. That's why very often Shiro was trying to represent not only the object, or the furniture, or the installation but also the many mysterious vibrations that were produced around." —Ettore Sottsass from Vibrations in the Air, 1991

Materials were central to the work of Shiro Kuramata. His palette was the various qualities that matter exhibits: reflectivity, transparency, translucency, opacity, tactility. Form seems a result. It's not that form is unconsidered, just that the material is the voice; the material is the content of the furniture.

Japan has a very sophisticated visual culture; at times it's almost ridiculous how astute it is. The continual unification of craft and art transcends some sort of spiritual economy. (Indeed, from a Western perspective, it can seem that our separations of "art" and "craft" are misguided.) There is a long history of cleverly melding a medium with sculptural or pictorial representations, so that the inherent qualities of brush, ink, stone or wood are actually part of the resultant image. This is true of sumi-e/suiboku-ga ink-wash painting, as well as sancai (the Japanese-adopted Chinese technique of modeled, tri-colored glazes in ceramics) and karesansui (the art of dry landscape rock gardens). So when speaking of Kuramata's work as "matter centric," it really feels like an extension of this history. With every piece of his furniture (whether his K-Series lamps, his Glass furniture, his various flower vases or his Pyramid shelving), there is no separation between construction, form, interiority, materials—it's all one thing. 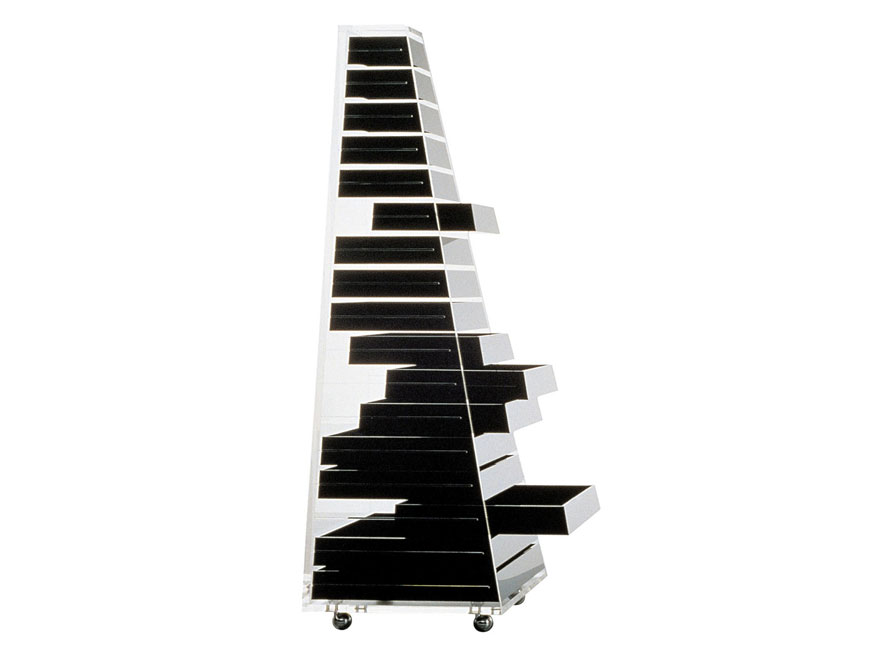 Above: the Pyramid shelving unit for Ishamaru (1968). Top image: Kuramata's How High the Moon chair for Vitra (1986) 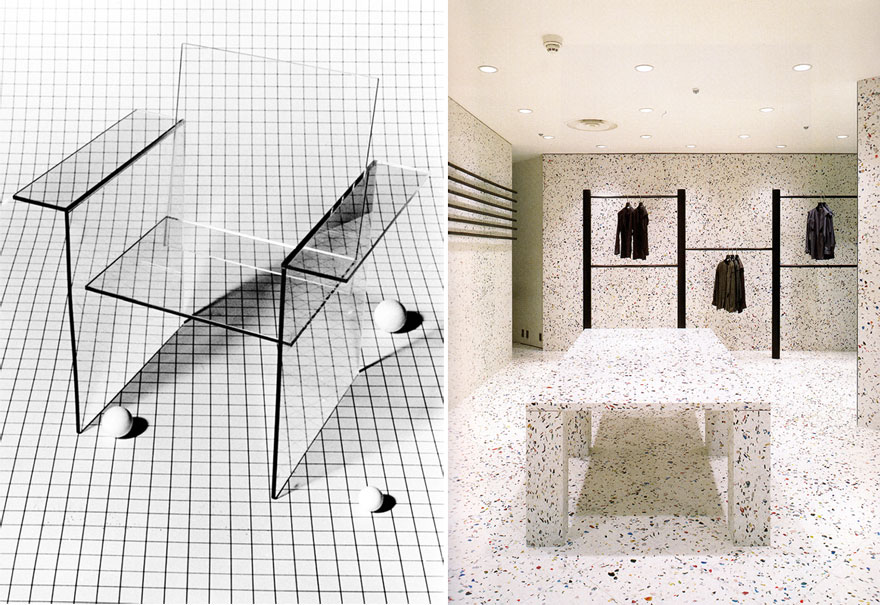 Kuramata was trained first as an architect, but he left his studies in the early 1950s to work for Teikokukizai, a Japanese furniture company. In the latter '50s, he went back to school for interior design, subsequently landing a job at San-Ai, a small Tokyo department store; in the early '60s, he moved to the prestigious Matsuya department store. From the time he opened his own design practice in 1965 until his death in 1991, he was a relentless fountainhead of the most progressive furniture and interiors. Kuramata worked with Vitra, Cappellini, Memphis and, of course, many Japanese-based firms. He also had a long-standing relationship with Issey Miyake, designing most of the interiors of the Miyake boutiques worldwide from the late 1970s through 1990.

Kuramata is perhaps best known for his Miss Blanche chair (four anodized-aluminum legs supporting a seat and back of transparent acrylic resin, in which a multitude of paper roses are suspended) and his How High the Moon chair (made entirely of nickel-plated steel mesh). Both chairs embody what Sottsass called Kuramata's "mysterious vibrations;" quite directly, the How High the Moon chair's appearance is the result of the overlapping hashing of the mesh sheets (it really does seem to buzz in the air). With Miss Blanch, the interior and the exterior are the same, and the interior is poetry.

There is a quote by the Japanese writer Haruki Murakami, about his writing and related outlook, that seems relevant here. If one were to replace the word "writer" with "designer," it would properly sum up Kuramata's work: 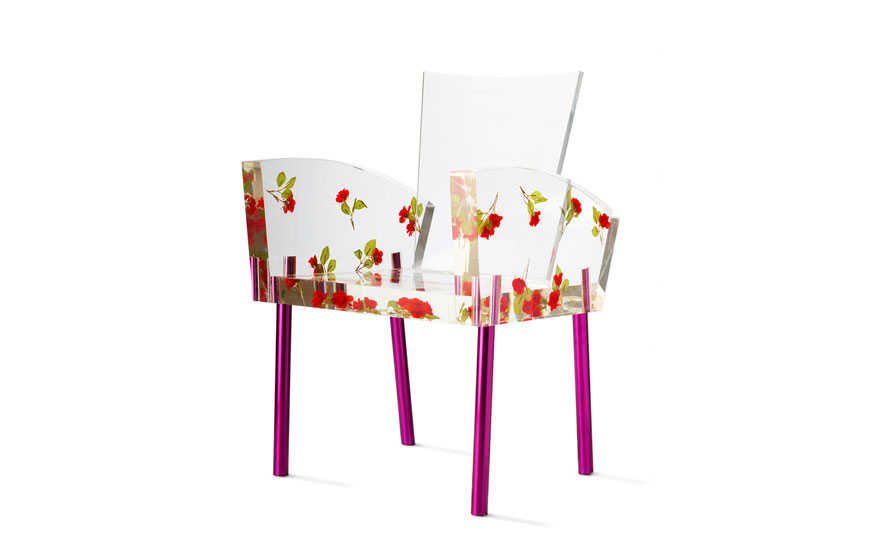 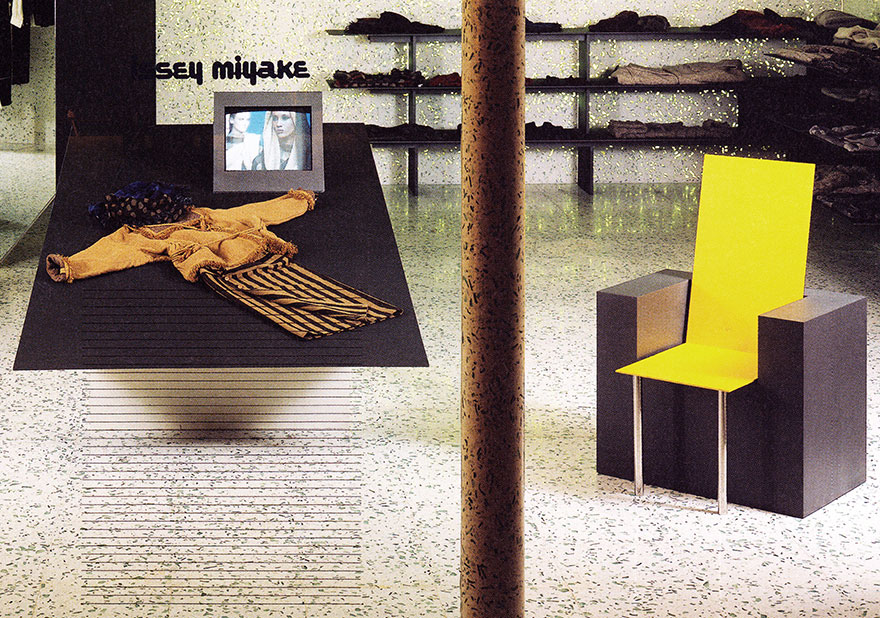 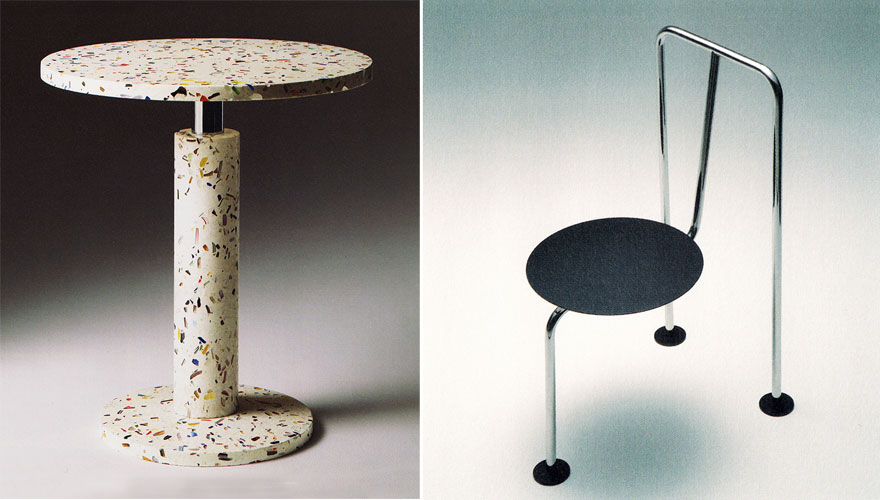 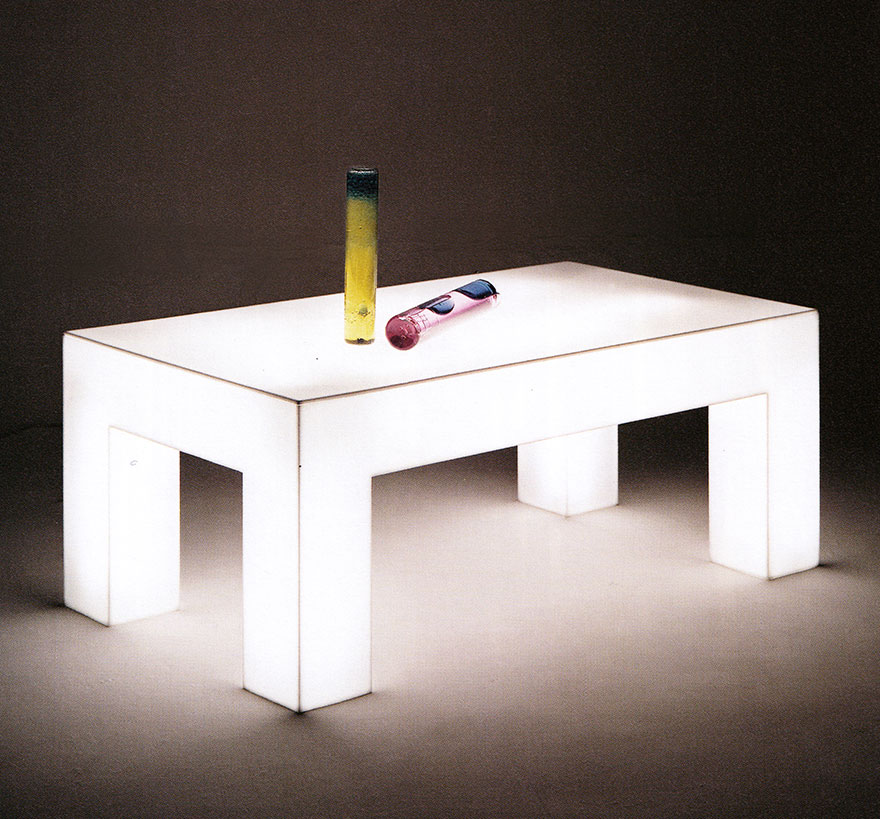 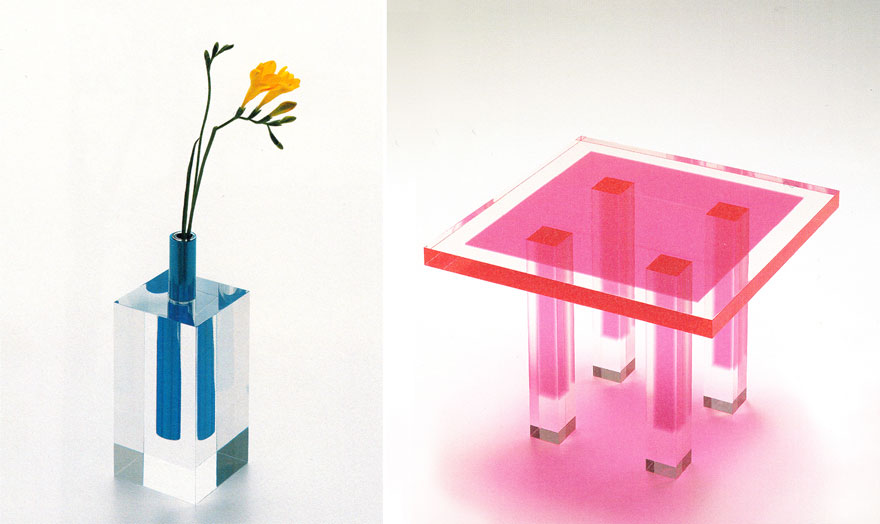 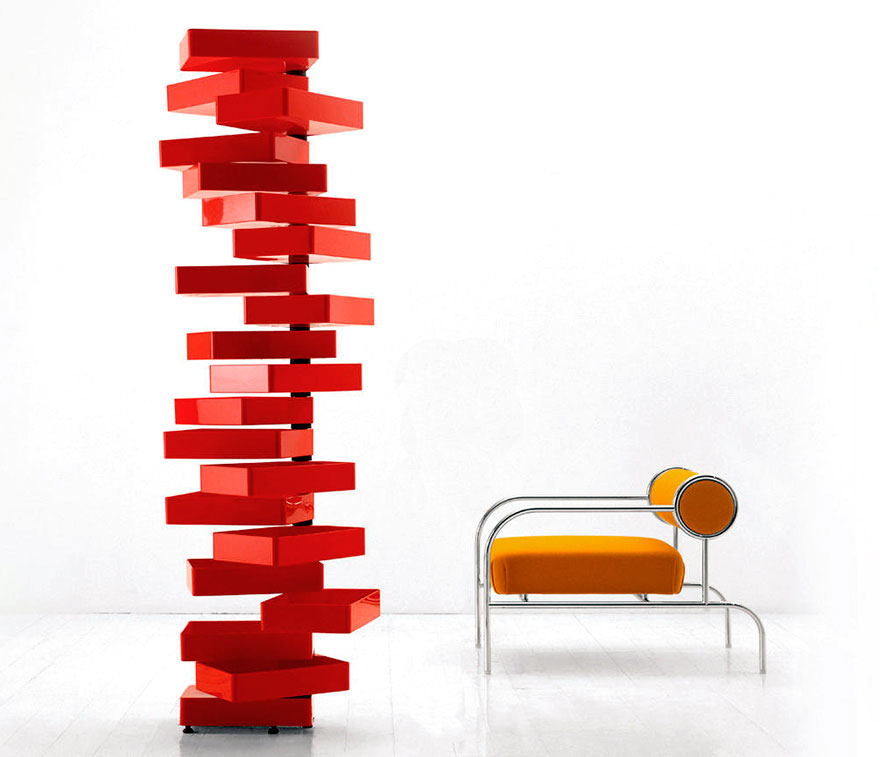 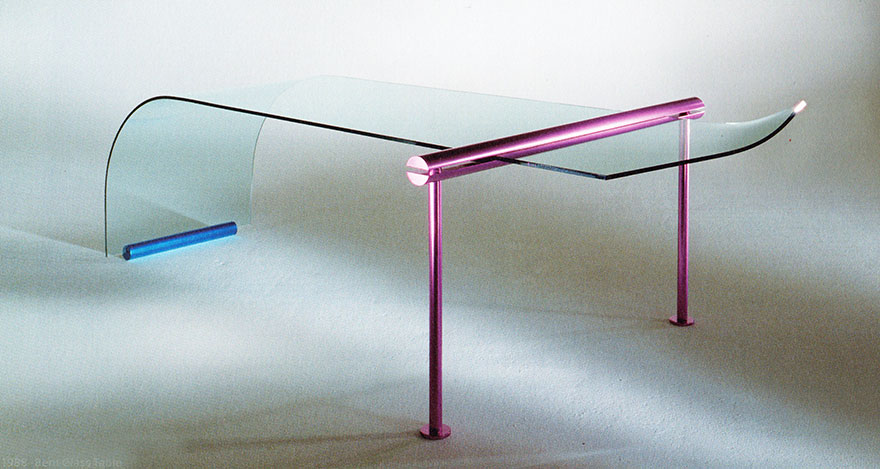 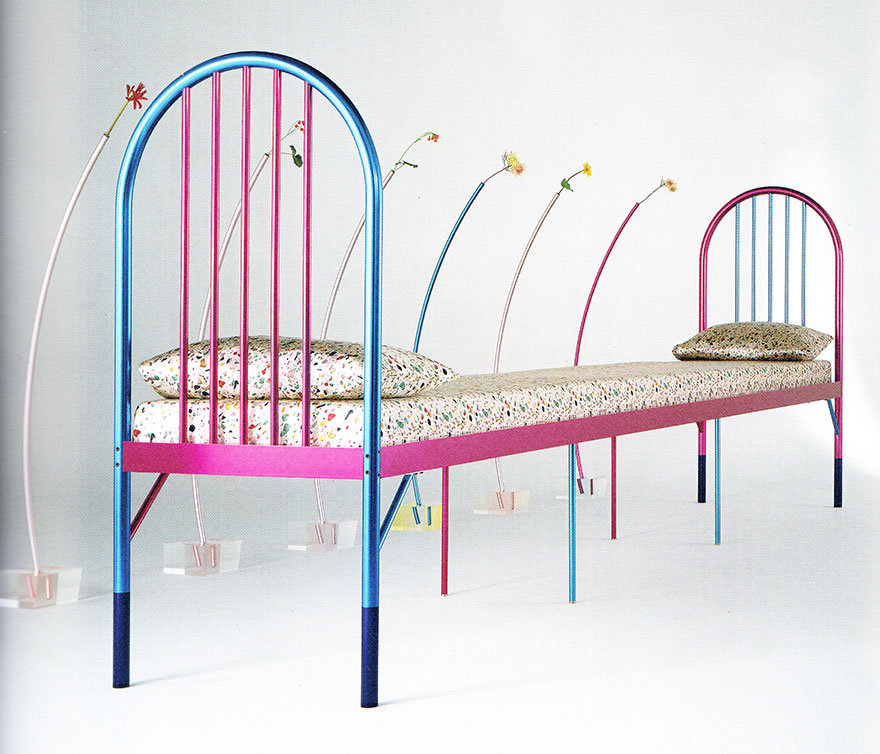