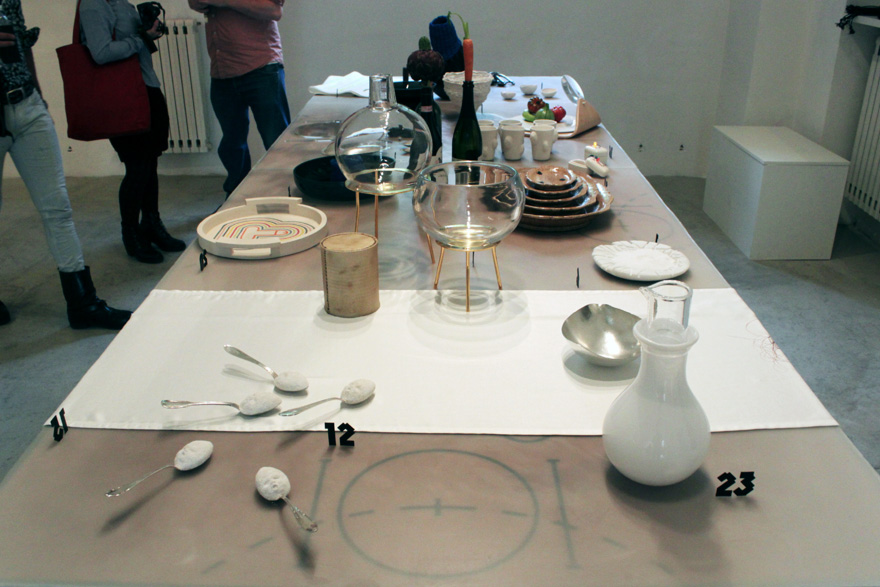 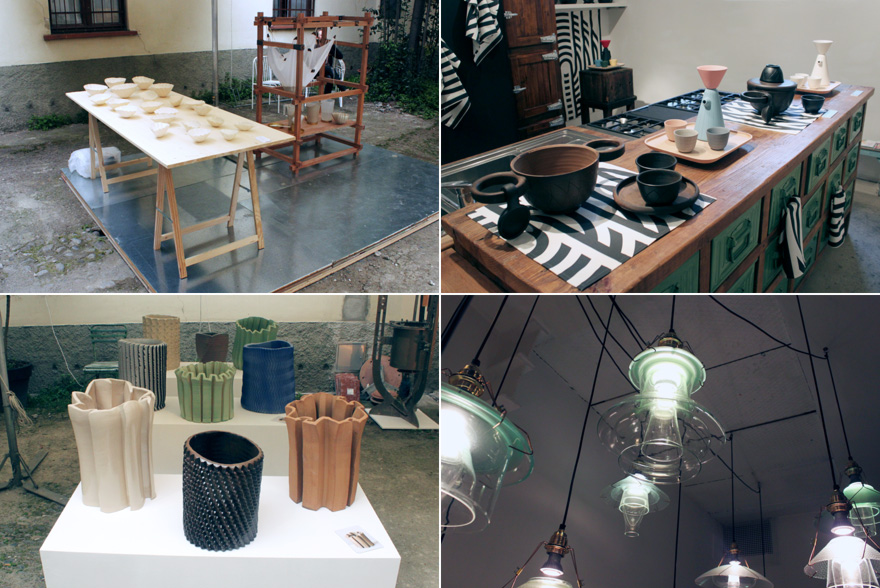 Spazio Rossana Orlandi is perenially among the must-see exhibitions during the Salone, and its namesake design patron is perhaps the definition of a doyenne. This year, her multi-chambered, multi-level space hosted an eclectic mix of students, small studios and well-established designers, several of whom happened to be exhibiting kitchenwares and other vessels. 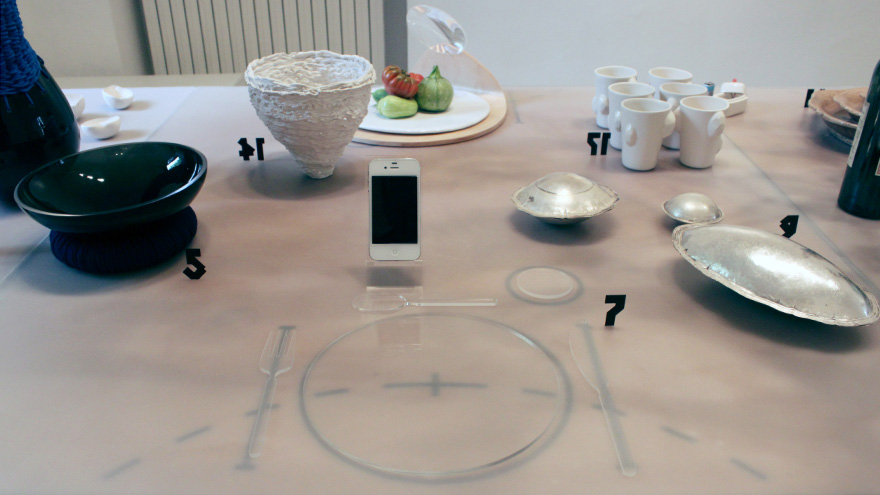 Konstfack's "Talking Table" was a showcase of experimental tablewares that explore the nuances, dynamics and social norms of dining. Students from the Industrial Design and Jewelry & Corpus programs (some of whom we'd met at ICFF last year) presented consistently thoughtful and well-crafted design objects, from the 'ghost' place setting (smartphone not included) to the napkin for two, a comment on Eastern vs. Western dining traditions. 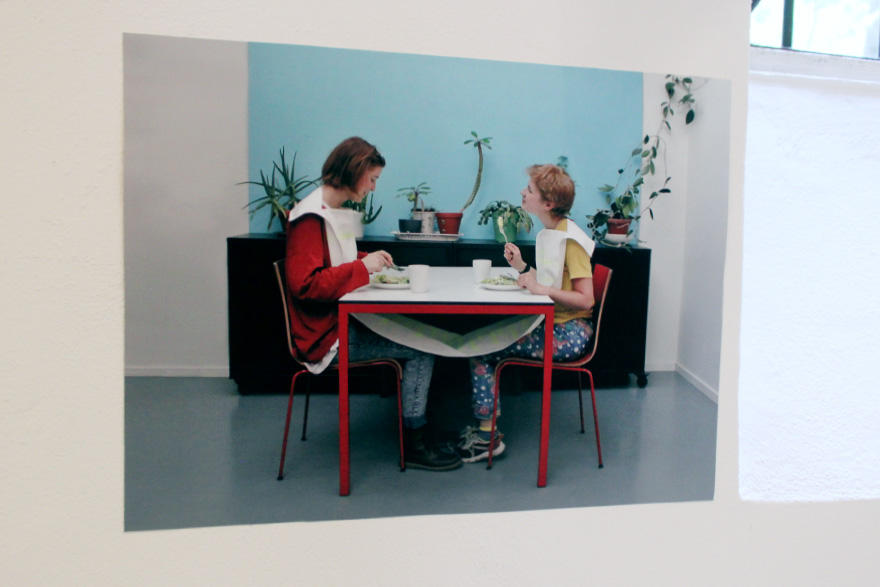 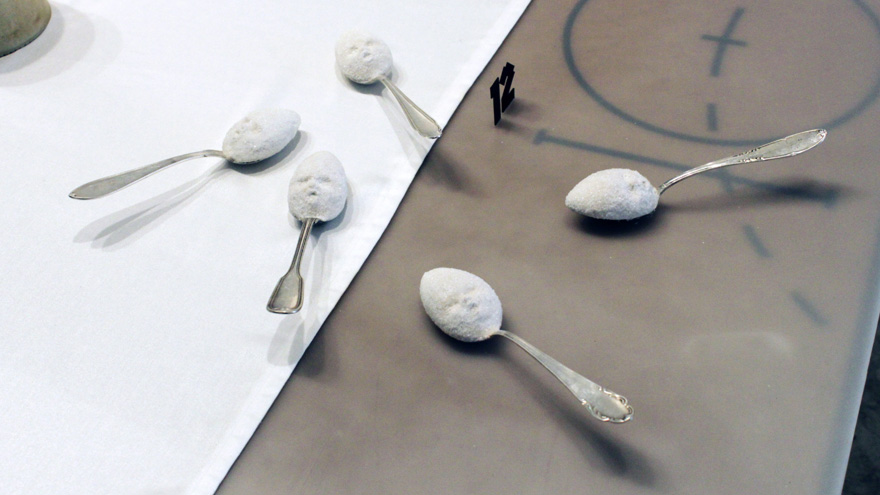 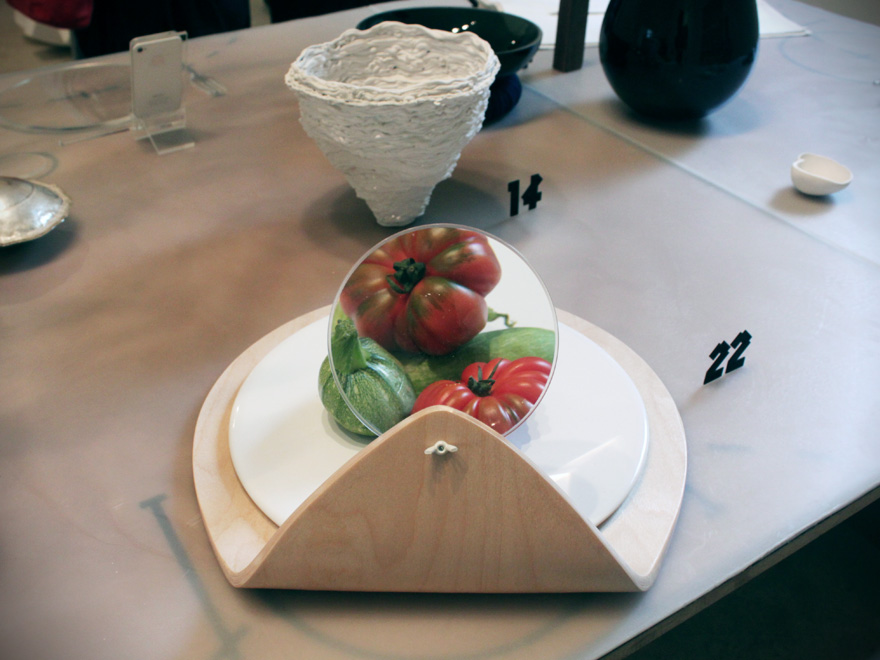 "Talking Table" also included a handful of vessels, albeit each with its own conceptual basis. Learn more on the exhibition website, itself a clever piece of design, where the subtle mouseover effect underscores the muted palette of the projects themselves. 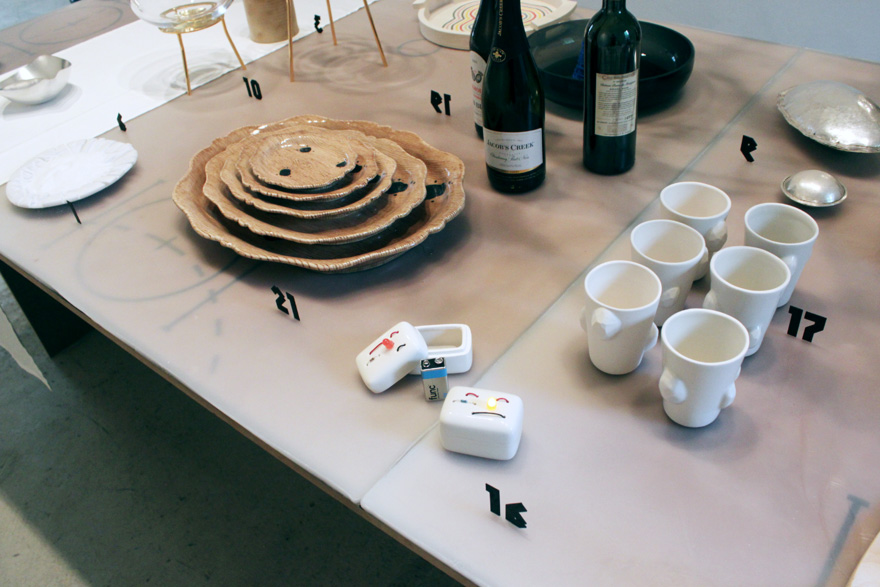 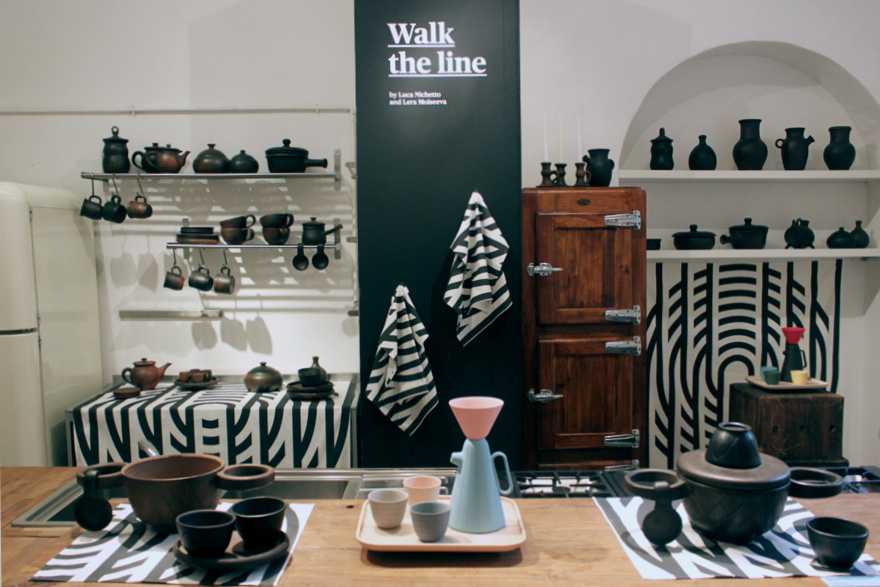 Luca Nichetto is a neighbor in more than one sense of the word: Not only was his booth a skip and a hop from that of Konstfack, but he also happens to have a studio in Stockholm (he splits his time between there and a second space, outside Venice). As with many designers of his stature, Nichetto presented several projects in Milan; "Walk the Line" includes a coffee set for Toronto's Mjölk and a tableware set for Suzdal, Russia-based Dymov Ceramics. Created in collaboration with Lera Moiseeva, "Sucabaruca" and "Cheburashka" express rather disparate aesthetics yet bear some uncanny formal similarities. 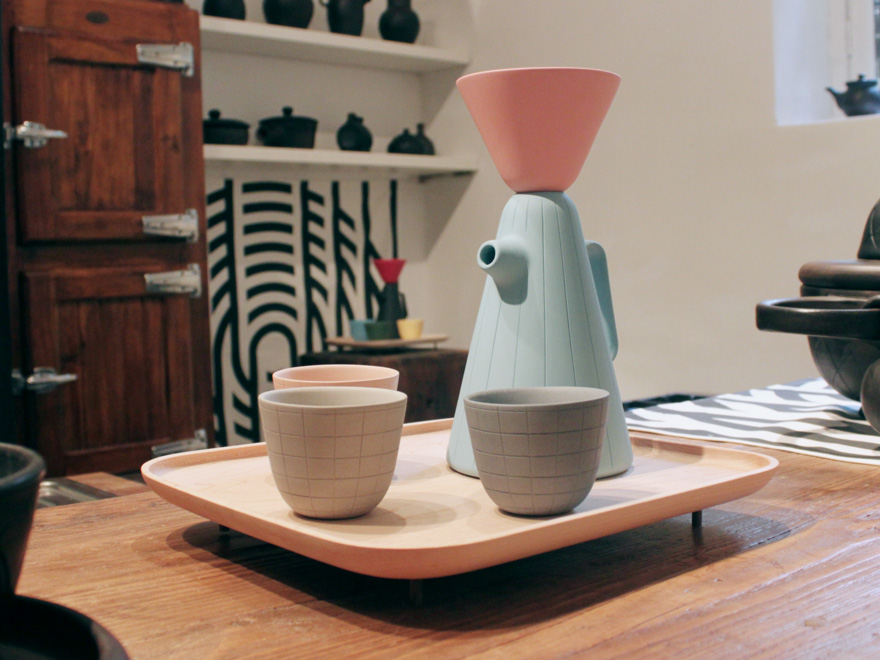 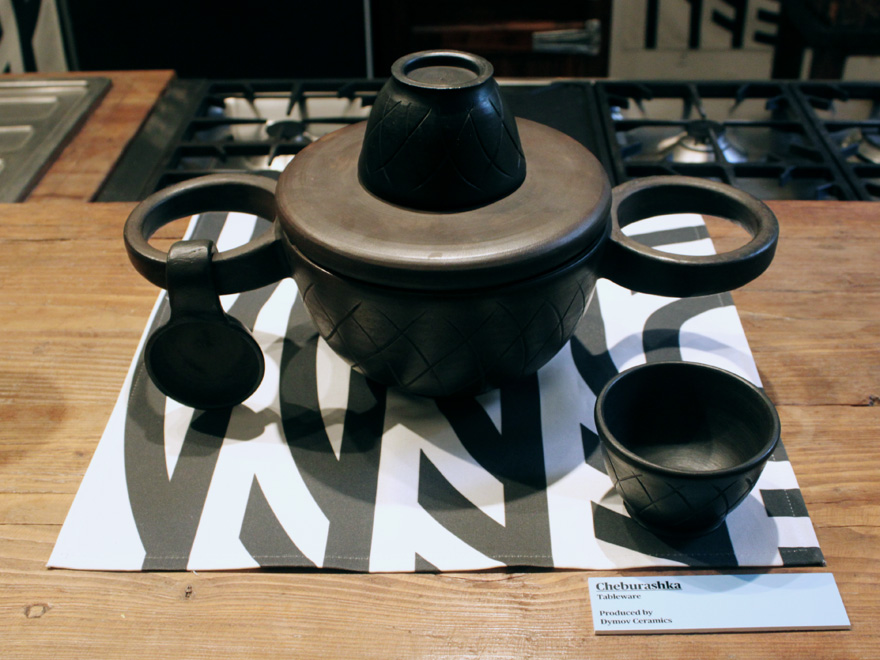 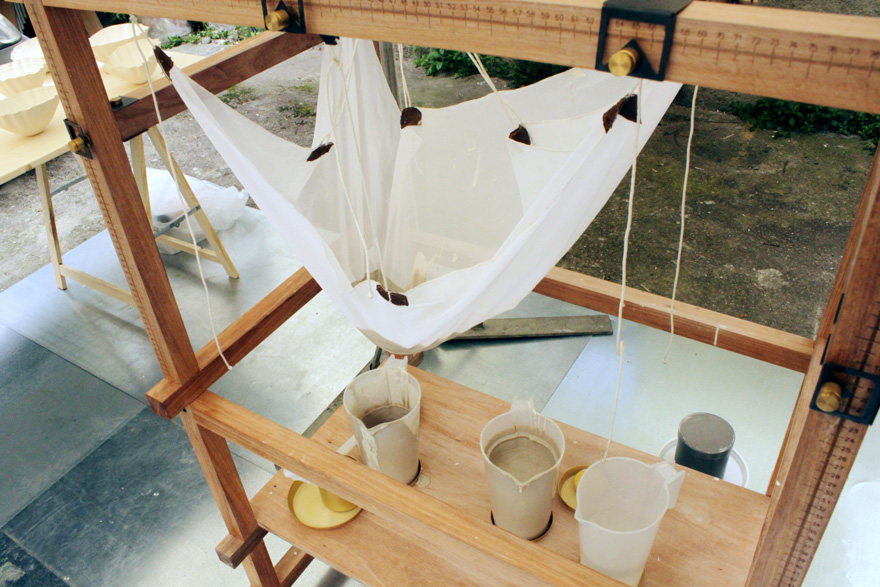 The weather was quite mild if not altogether pleasant for the duration this year, to the benefit of the two 'live production' projects in the second courtyard. We'd previously posted the "Catenary Pottery Printer" by Chilean design studio GT2P (Great Things To People, for the uninitiated), but the machine itself is quite handsome to see in person. The bowls themselves—each one unique despite being based on the loose algorithm of the adjustable apparatus. 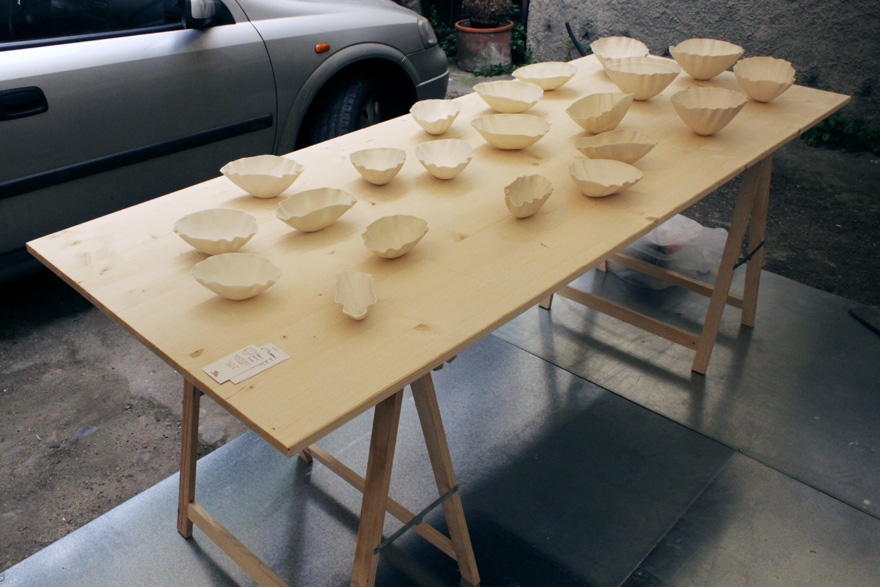 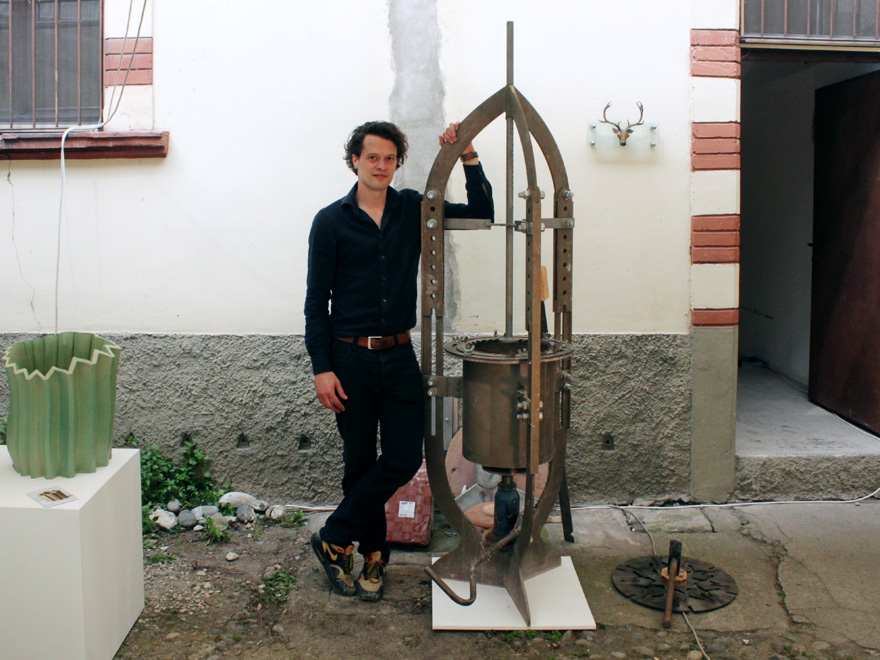 Floris and the Machine

Meanwhile, Floris Wubben presented several pre-fabricated works that he had literally cranked out from the man-sized extruder of his own design. The "Pressed" ceramic series is something like Play-Doh on steroids, and, if the final products are surprisingly pasta-like for an Eindhoven-based designer, the process-centric concept strikes me as very Dutch indeed. 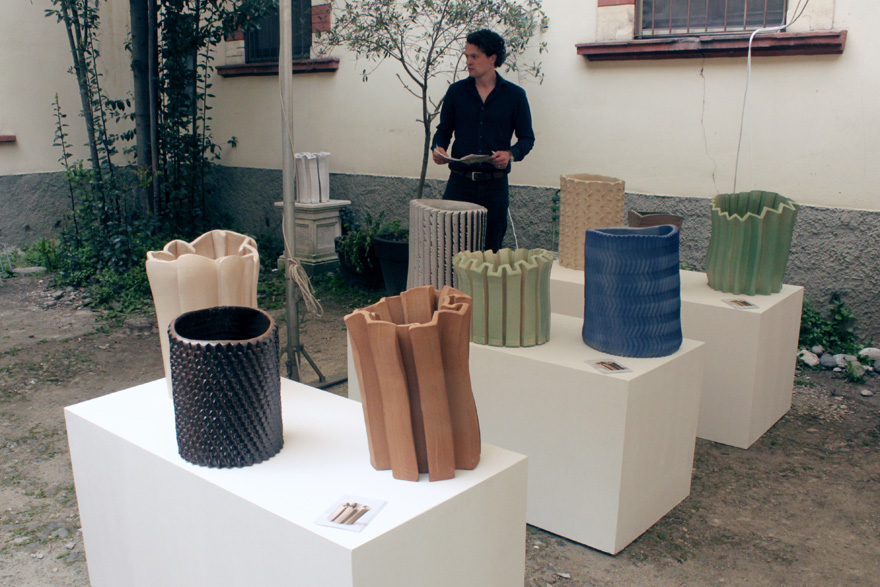 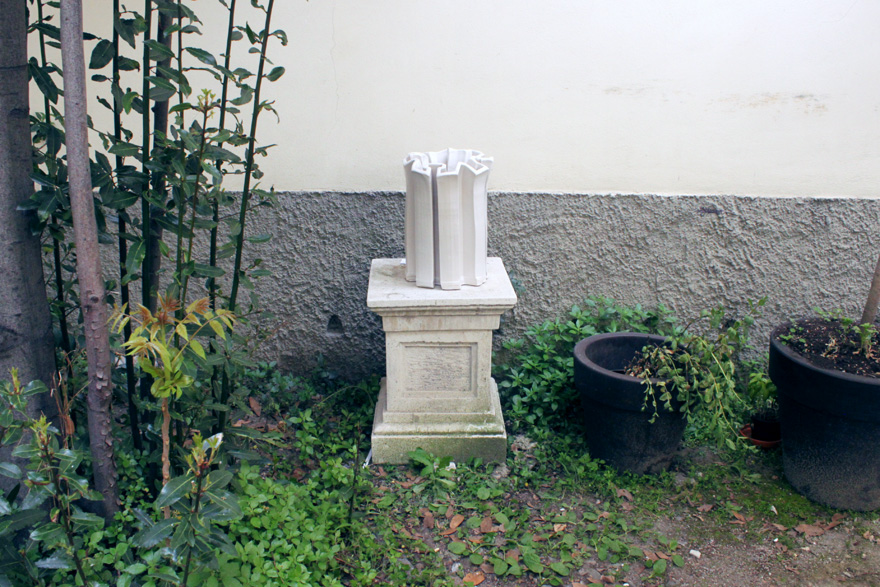 I didn't have a chance to see him actually produce a vase, but a video shows the gist of it: 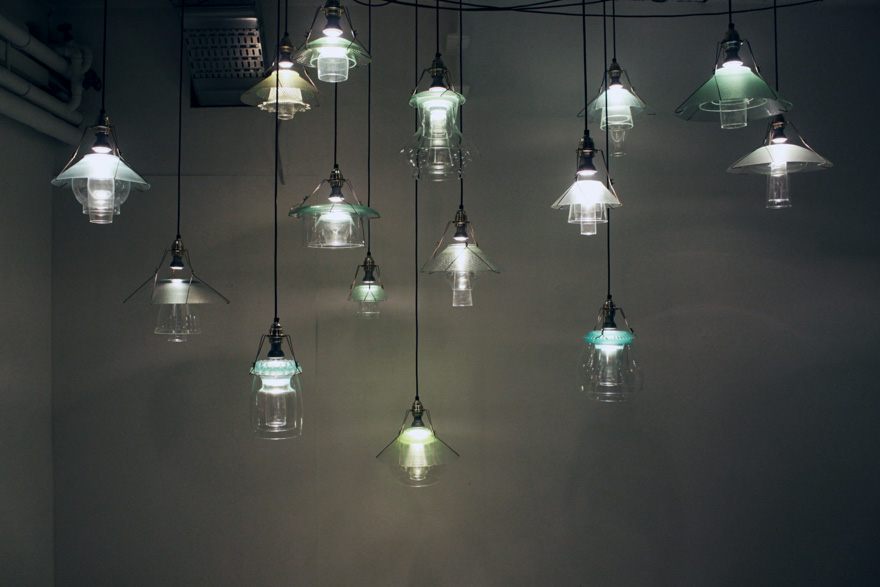 Another pair of Eindhovenites had set up shop in the basement, where they were exhibiting found glasswares that they'd repurposed into pendant lamps. As its name suggests, the "Stacked" series by Sander Wassink and Maya'an Pesach is a collection of LED lighting fixtures made from nested vessels, fastened by resin and copper wires, then inverted to make vaguely jellyfish-like abat-jours. 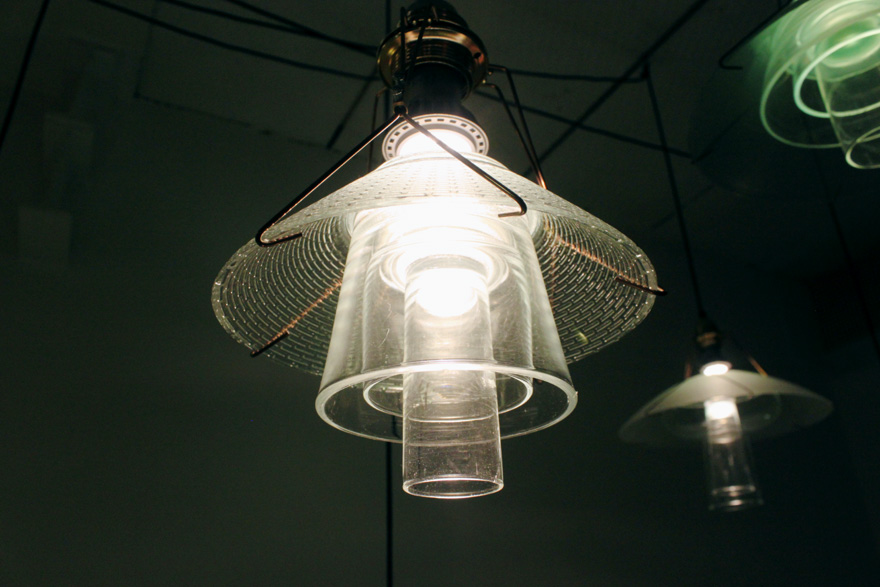