Editor: After going Hollywood in Part 5, here in Part 6 Accidental Designer finds a casual suggestion from his wife is about to change their lives. As one door closes, another door (this one on a shipping container) opens....

I was down in my basement workshop, failing.

I had been trying to produce a lightweight and affordable bamboo folding chair for Hollywood sets. After hundreds of hours and countless prototypes, this problem just had me beat—and I knew it. I mopped my brow and called up the stairs to ask my wife if we had any sandwiches left.

My wife is a mean cook and she goes through cutting boards like nobody's business. It doesn't matter what they're made of, she just plain wears them out. "I need a new cutting board, this one's through," she called down the stairs. "Can you scrape up some of that bamboo and make me one?" 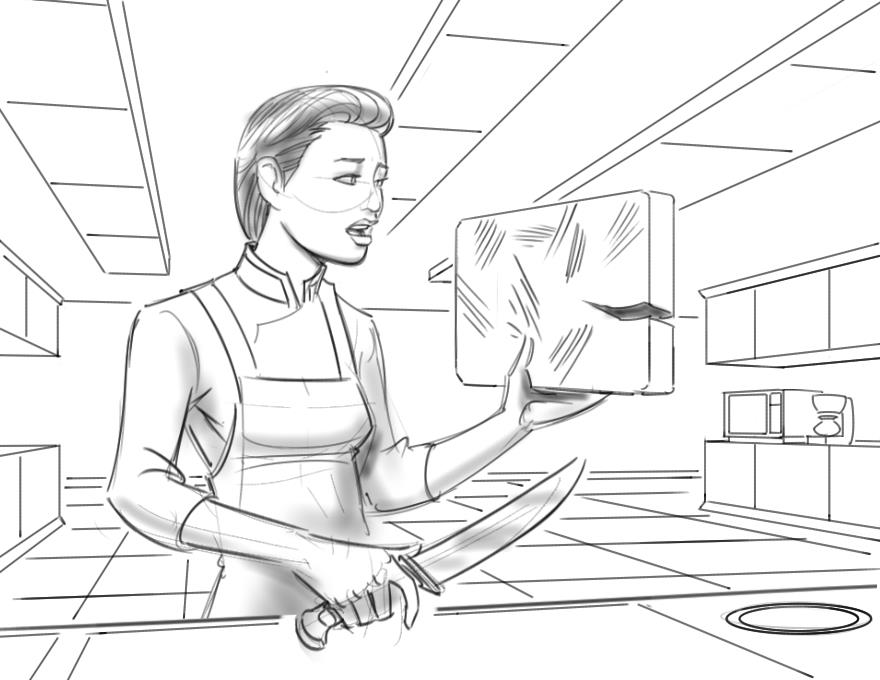 I looked around at all of the bamboo scrap I had and thought, well, here's a problem I can solve. I glued up a bunch of scrap pieces, more than I needed just for the sake of doing something, and by the next day I'd made her a cutting board and a few back-ups.

Following that, to clean up my shop area, use up a bunch of scrap and exercise my brain, I threw myself into gluing up cut-offs and began experimenting with different styles of cutting boards. After failing with chair prototype after prototype, it felt good to successfully make something—anything.

I had consistently-shaped scraps in several different sizes, and so I designed the cutting boards around the shape of the scraps. By the end of my clean-up project I had several dozen good-looking cutting boards. I felt like my table saw and router respected me again.

I didn't think much of this until a few weeks later, when I was loading up my truck to hit a craft show in Arizona. I was bringing the $2,000 bamboo chair even though I knew it wouldn't sell, and also bringing some consumer-grade chairs I knew I could sell, just because I needed the cash. The extra bamboo cutting boards I'd made were sitting in the corner. I figured they'd be Christmas presents for relatives, which would save my wife and I some cash since we were getting close to broke.

Still, I grabbed a bunch of the cutting boards and threw them in the truck. I didn't think I'd sell any, but figured I'd use them to gauge interest.

Maybe you can guess what happened next.Down in Arizona, I set up my booth and discovered no one was interested in the chair. But everyone was interested in the cutting boards. I hadn't brought that many, and I wanted them to last for the whole show so I could gauge interest, so I said that they weren't for sale. "Come back on the last day if you really want one." But sometimes when people see something they want but can't have, they want it more. So people started throwing out amounts: "I'll give you fifty bucks—" "—I'll give you eighty—" etc. Eventually people started offering amounts I couldn't say no to.

I sold those cutting boards faster than I'd ever sold anything, and thought well, to hell with the relatives' Christmas gifts. I called my wife from the trade show floor. "Honey," I said, "I need you to pack up every single cutting board you can find in the basement, and fly out here to meet me!" 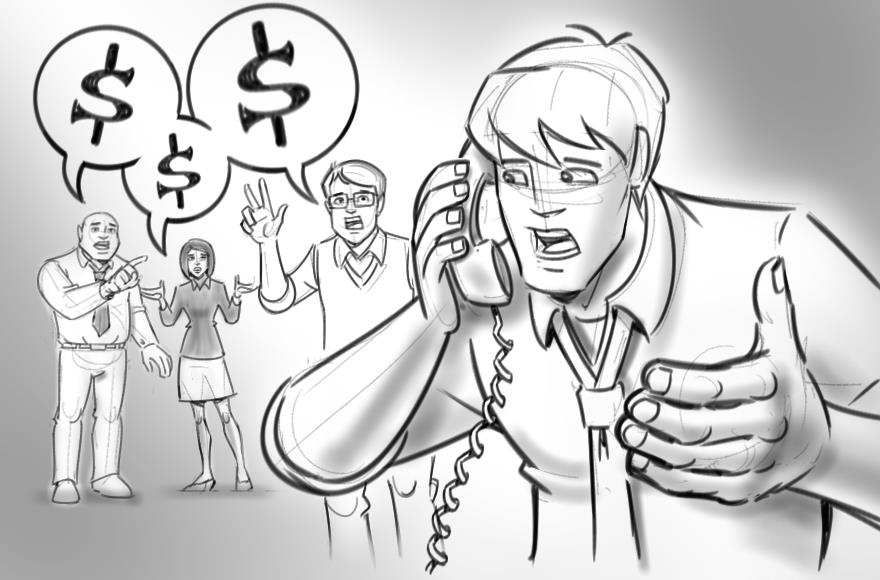 My wife's an awesome woman—she packed up the whole load and got on a plane to Arizona. The next day we sold 'em all. Now she and I had been doing craft festivals for a decade and we knew when something was hot. People were going ape-shit for these things. It almost got ugly watching people vie to buy the last few.

At this point in time, no one had ever thought to make a cutting board out of bamboo. No one had realized that being harder than maple, bamboo made the ideal long-lived cutting surface. So my wife and I had inadvertently struck on something, and there was clearly a demand. As soon as we got back home, I started cranking out more.

The following June, my wife and I did the Gift Show at the L.A. Convention Center. This was a wholesale show and I brought seven different cutting board designs. Well, there was a line around the booth for all three days of the show. Needless to say we sold out! 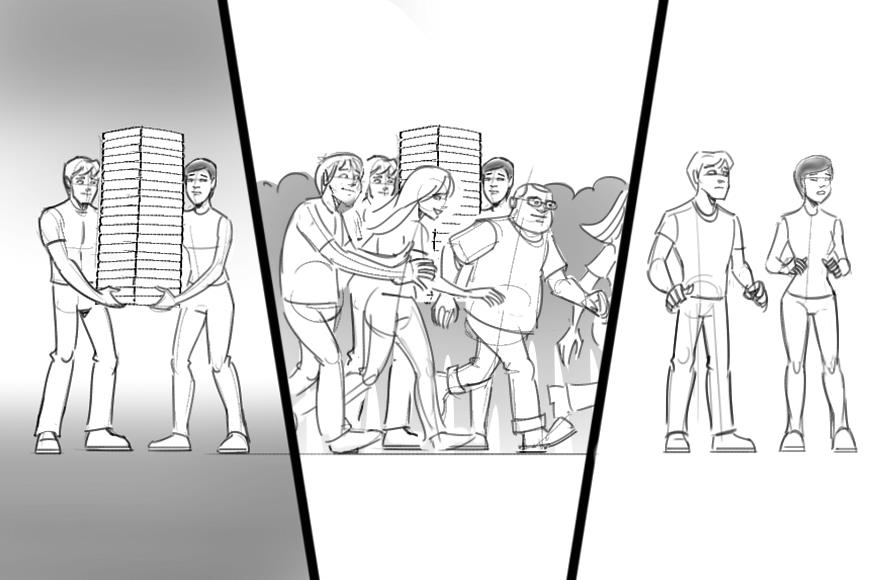 I do have to point out that this was still fairly small-time. I mean the things were selling well, but it was mostly local retail outlets that picked them up, no one big. Luckily for me, they had enough capacity that I spent the next year buying up bamboo flooring, gluing it up, cutting, sanding and finishing it to meet their steady orders. The production time was next to nothing compared to what it takes to build a chair, so from a production standpoint, I was in heaven.

I was sourcing my bamboo from a guy in the Pacific Northwest. He was a nice guy with good prices, and on one occasion he'd mentioned having contacts in China that could do production; he flew out there on a semi-regular basis. Initially I wasn't interested, but as the orders started increasing in size, my shop was getting stretched to its limits. So one day when I flew up to meet him, I brought him a cutting board and asked if he could bring it to China to get a production quote.

A few weeks later, the quote and a sample came back; both were good. And my contact assured me that the production quality of each unit would be just as good. My wife and I figured it was worth looking into, so we scraped up what cash we could and placed our first order at the Chinese factory for a variety of boards, covering seven different designs to see how the factory did across the range.

Our first order was still relatively small, what they call "less than load," meaning it only took up a couple of pallets and didn't even warrant its own container. Through a broker we got a communal container and held our breath.

The order came in, and it was every bit as good as they'd said it would be.

Presented with this evidence, and confident that we had a good production source, my wife and I aimed our sights higher. We hit our second trade show, this one a gourmet products expo in San Francisco that sells to the big dogs—I'm talking J.C. Penney, Bed Bath & Beyond, Sur La Table.

Well, our little 10×10 booth just about exploded. You could not see us for the mobs of people around it. We could not believe the demand—it seemed like every major retailer under the sun wanted these cutting boards. Up until this point, my wife and I still considered ourselves craftspeople, but here we were surrounded by suits. It was overwhelming. Our answer to everything, no matter what was asked, was "Yes."

"Can you fill an order this size?"

Any designer reading this who's been in our shoes knows that this means you need to front some MAJOR cash for production. These companies don't pay up front, and when you say yes to an order, they damn sure expect you to be able to fill it.

So my wife and I put everything on the line in an effort to go big-time. We refinanced our house and sold everything we had that we could live without. We scraped up every last scrap of cash we could get our hands on.

And in the end—it still wasn't enough. We'd committed to some major orders and simply didn't have the cash to front them.

In desperation, we called the factory in China, told them what had happened, told them how much cash we had. We asked if they could float us the balance. We assured them we were going to be steady customers, and we just needed this credit boost to get the ball rolling, and then we'd keep them in steady work.

This took some doing, but they actually said yes! They extended a line of credit for several months and we placed our first monster order, this one a full-sized container filled to the brim, no more communal containers for us.

I got on the phone with the buyers to try to secure extensions where I could. Unsurprisingly most companies aren't keen on extensions. So I made promises.

And then we waited. This part of the game, folks, is not for the weak of stomach. But finally the day had arrived when our container was coming in!

It was on time, under schedule, and the arrival of that container meant we were going to meet every single one of our orders. In the beginning of this story, I mentioned how I had been a boy on that boat, looking out over the Pacific. Now I was a man at the Port of Los Angeles, where my wife and I stood and watched as a crane lowered our container down off of the ship that had just come across the Pacific. I cannot describe what this feels like, to have your dreams and your future all inside this big steel box.

They pulled the container doors open. As the warm Los Angeles sunlight spilled into the cold darkness of the container, our eyes adjusted and we could see inside. 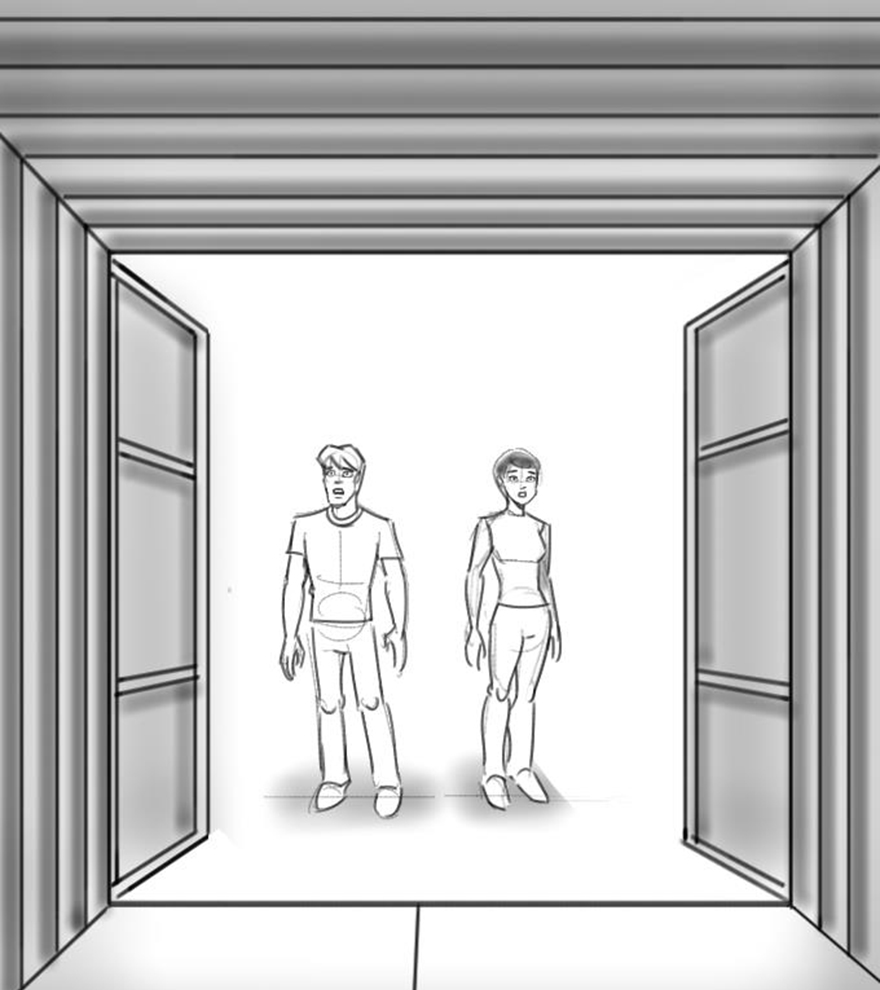 The container was filled with cutting boards, all right.

And all of them were broken, delaminated, or split.

Not some of them. ALL OF THEM.