CNC-Milled Whiskey on the Rocks 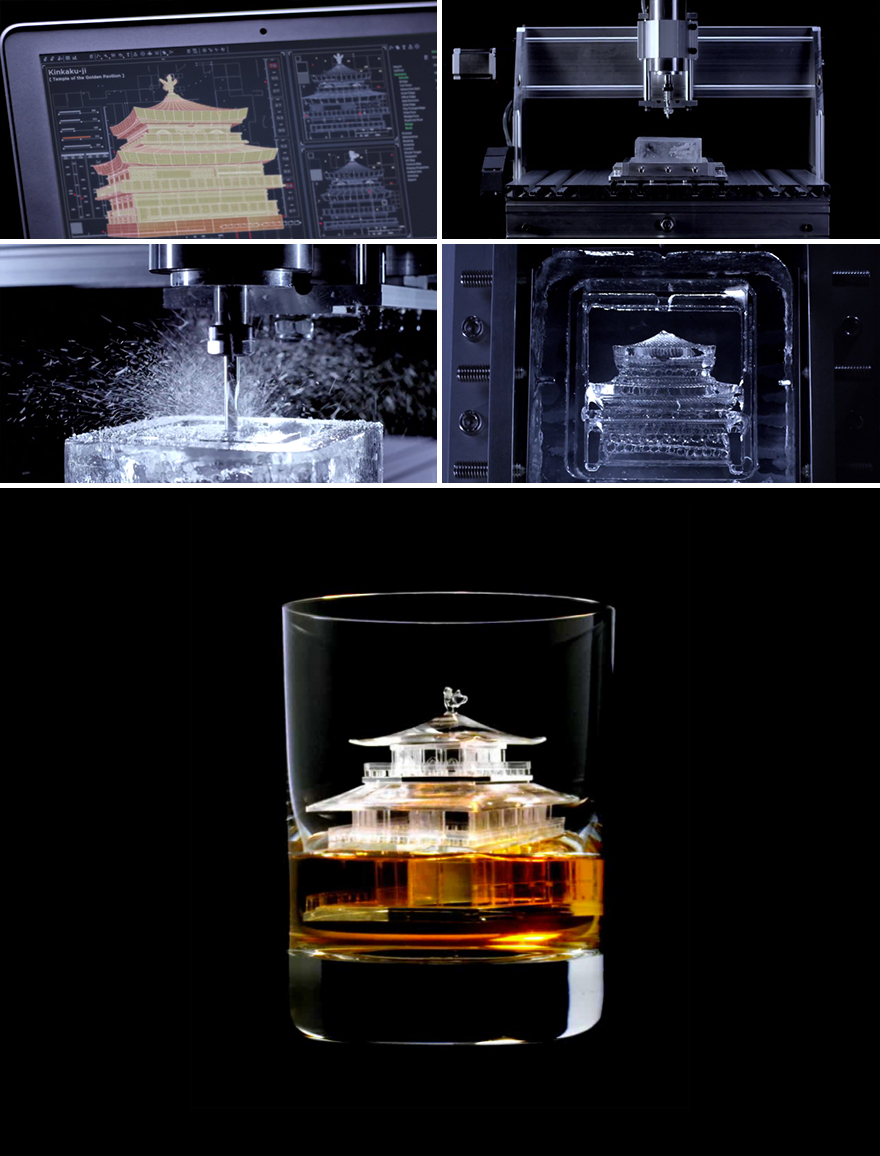 We're working on an upcoming video series about the ShopBot Desktop, and now that I've got some hands-on experience, I've discovered that I love CNC milling. I also, by the way, love whiskey. But these two things don't go together, at least not in the real world.

The real world is not the advertising world, though, so I'm enjoying Suntory's "3D Rocks" campaign. The Japanese spirits giant has enlisted the services of some company with a 5-axis CNC mill to create the world's most sophisticated whiskey-on-the-rocks orders. Up above is a shot of Kyoto's famed Kinkaku-ji temple, but for the rest they've gone with Western icons: 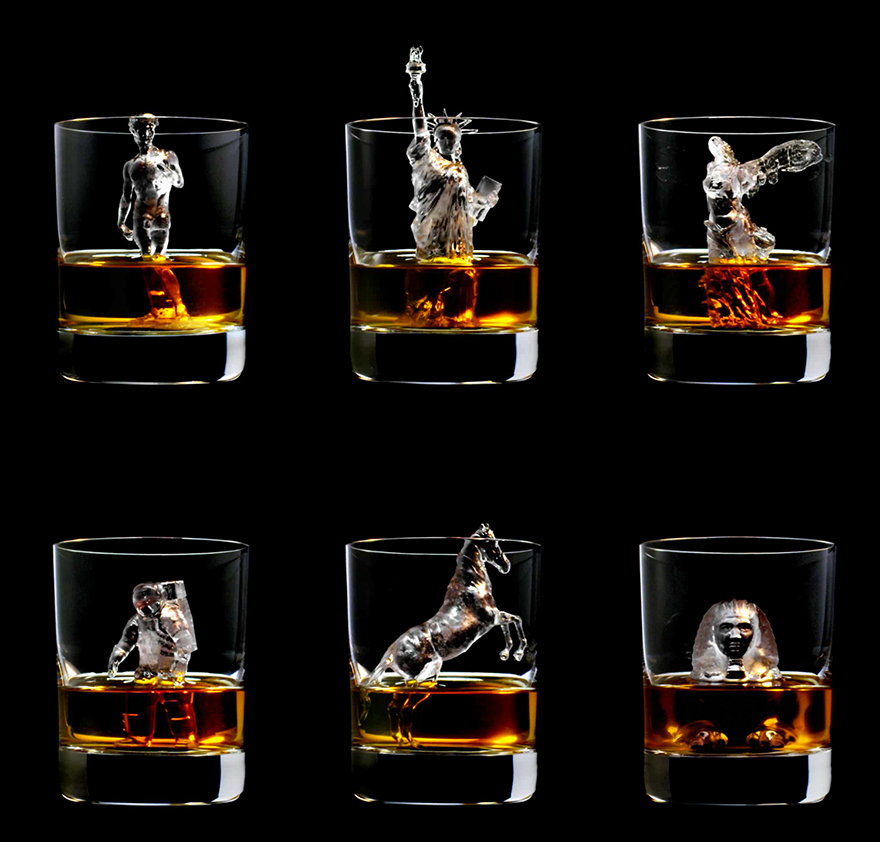 When I first saw the video of them being made, I assumed it was fake...

...only because you can clearly see the machine is a two-axis CNC mill, with the cutting head riding along a gantry. But around the 0:37 mark, there's a split-second shot of what appears to be the object being rotated in a chuck, thus explaining how it was milled from the side. You'd think they'd show that sexier side-cutting action!

CNC-Milled Whiskey on the Rocks